OBITUARY
On the death of Arno Lederer

Architect Arno Lederer has died at the age of 75 after a serious disease. With him, architecture in Germany loses one of its most brilliant minds and a moral authority, the personification of building culture.
by Falk Jaeger | 1/24/2023

The news of the death of Stuttgart architect Arno Lederer comes as a shock to the German architectural scene, as he was known and present like no other. Like his mentor Max Bächer, in whose footsteps he had followed, he could have spent his life as a professional award judge, so often was he invited onto juries. Or as a professional speaker, so popular were his ceremonial speeches, humorous, clever, culturally charged, and always a bit with a raised forefinger for the cause of building culture.

Arno Lederer was a Swabian, born and raised in Stuttgart in 1947, studied in Stuttgart and, after a short detour to Vienna, graduated in Stuttgart. Afterwards he worked for a year with Ernst Gisel in Zurich, with whom he says he learned more than in his entire studies. In any case, Gisel's architectural language could be felt in Lederer's work for a long time to come. If you look at Gisel's Stadtwerke and Museum Judengasse in Frankfurt am Main (1990), you can see the kinship at first glance. His first larger building, a multifunctional building with flats, offices and a library, was constructed in Fellbach near Stuttgart (next to Gisel's town hall) in the style of classical modernism. The young Icelandic engineer Jórunn Ragnarsdóttir played a major role in the competition design in 1979. The collaboration proved successful and led to both an office and a living partnership in 1985. From then on, they designed together and, although Arno appeared in public as the frontman and journalists took it easy and liked to avoid the difficult name of Ragnarsdóttir, they were authors in equal parts. Since 1992, when Marc Oei joined the office, the office has operated under the name and initials LRO.

The development went from "white modernism" to the "rematerialisation of modernism", as Christoph Mäckler once called the reintroduction of solid, handcrafted building methods with a view to Mendelsohn, Poelzig and Behrens, for example. This is about sensual, haptic experience, the experience of atmosphere and the protective character of the buildings, in other words, qualities that have been forgotten in modernism. Lederer called it "expelling the pallor of the corpse from modernity". It is a matter of making knowledge and qualities from all earlier epochs available again, whether spatial contexts of pre-modernity, whether subtleties of baroque lighting, whether classical forms of dignity, if the appropriate appearance is required. But it is also a matter of building more solidly and durably, more solidly, because of the impression of the materials and the materiality and because of the beauty of the surfaces. Such houses are appreciated and loved and therefore cared for. What good is it if a house is worn out and out of fashion after ten years and is demolished? This is what LRO architecture wants to make builders aware of and interested in. In this respect, LRO belong to an obviously dying species that feels the responsibility of the architect not only towards the cost controller and the investor, but also towards society and (building) culture. Representing this attitude in one's own country is difficult enough. Perhaps this is why LRO have not focused their desires on large-scale contracts in the Middle and Far East, as many of their colleagues have. Short-lived boomtown architecture in Dubai, Kuala Lumpur or Guangzhou is not for them.

Lederer did not succumb to the temptation, like Oswald Mathias Ungers for example, to want to define, explain and determine all architecture conclusively in theory. "We stand before the house built on the basis of theory, and not the smallest connection between what is thought and what is built wants to be established," he had stated, because architecture has a far more direct effect without the detours of sophistical explanations by the architect. LRO buildings are no ethereal artefacts, no minimalist boxes, no twisted micado structures and no architectural-theoretical manifestos according to centuries-old rules of proportion, which the layman encounters with incomprehension. LRO buildings are understood by the users and, as a rule, gladly accepted. "The people who use the houses, the streets and the city don't want instructions for use," Lederer says succinctly.

LRO houses are never just soberly rational, they show narrative elements. Incidental functions can become eye-catchers. An arcade of a commercial building in Karlsruhe made of dynamic parabolic arches, the likes of which have never been seen anywhere (except at LRO), a surprising wall bench in the Eppingen town hall (which turns out to be precisely placed in terms of function), the "swimming pool cloakroom lockers" in the Staatstheater Darmstadt, which suddenly show the dignity and elegance appropriate to the location through arrangement and colouring; much more can be discovered in the architects' work. The sacral effect of the skylight and the curiosity for what is to come in the high and curved staircase of the Catholic Academy in Stuttgart, a "useless" podium with "Advent calendar doors" is a welcome gesture at the Staatstheater Darmstadt and provokes events, these are just a few examples that illustrate the desire to evoke spatial experiences and stimulate the user to make more intensive use of the architecture.

LRO architecture fits well in any old town, such as the amazing bank building on Neue Straße in Ulm with its glazier staccato, or the Historical Museum on Frankfurt's Römerberg, which so wonderfully masters the balance of local reconstruction modernism and red sandstone Gothic, or the Ravensburg Art Museum with its façade of reused tiles and curved roofs.

Bricks are the preferred building material at LRO anyway. The Salem Monastery School or the school in Ostfildern, which looks like a brickyard with its significant double chimney, benefit from the beauty of the material. Spontaneously, the thought comes to mind: this is where you would have liked to have gone to school. The student, the user, the resident is always the focus of interest and effort. LRO was never concerned with turning architectural pirouettes. It is the quiet qualities that benefit the people. Behind this is the deep conviction that architecture is a social, serving art, not the self-expression of the building artist.

On 21 January 2023, Arno Lederer died in Stuttgart at the age of 75 after a serious disease. With him, architecture in Germany loses one of its most brilliant minds and a moral authority, the personification of building culture. The Stuttgart office LRO works independently with Marc Oei and three younger partners. Lederer Ragnarsdóttir was re-founded in Berlin in 2021 and will be continued by Jórunn and son Sölvi. 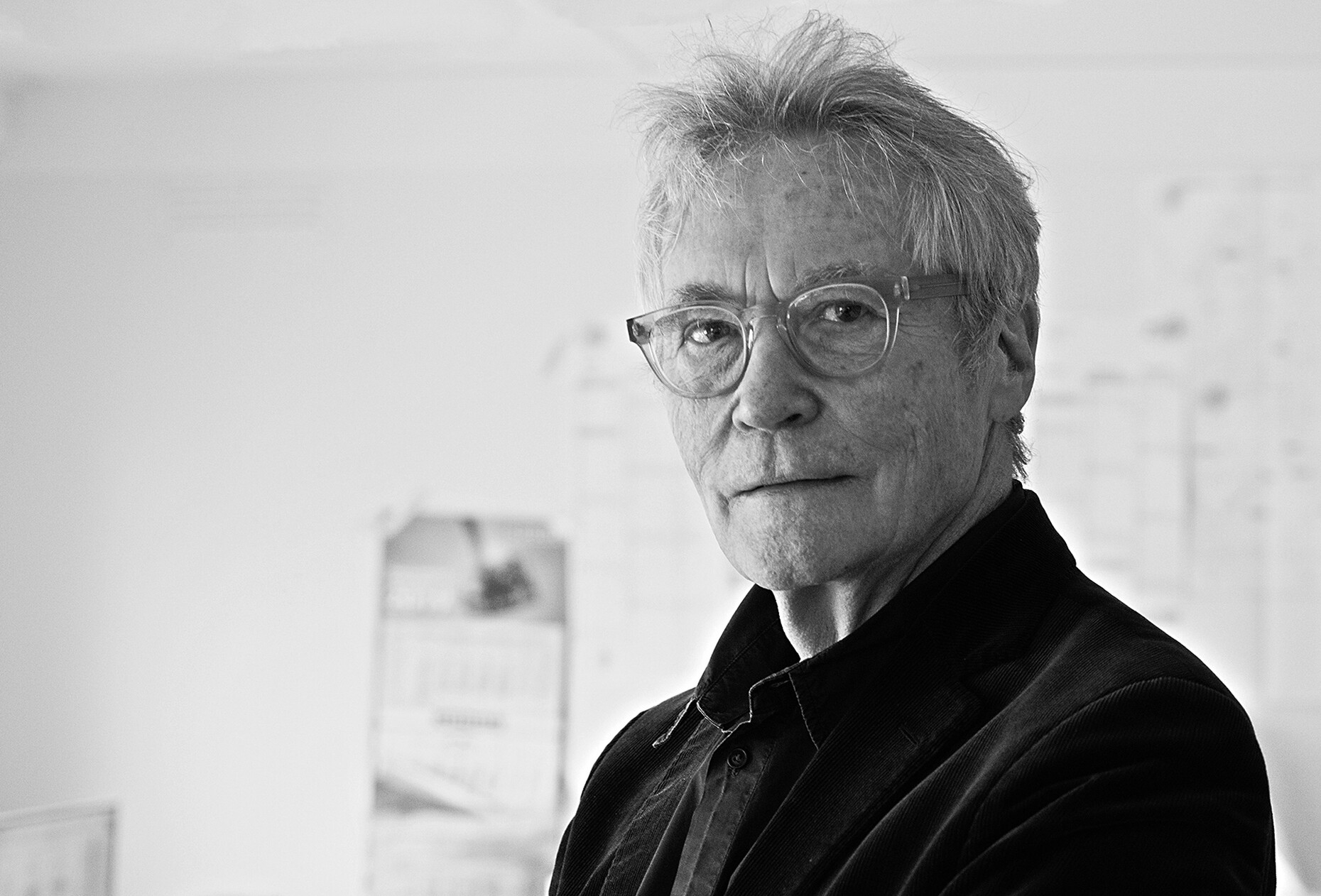 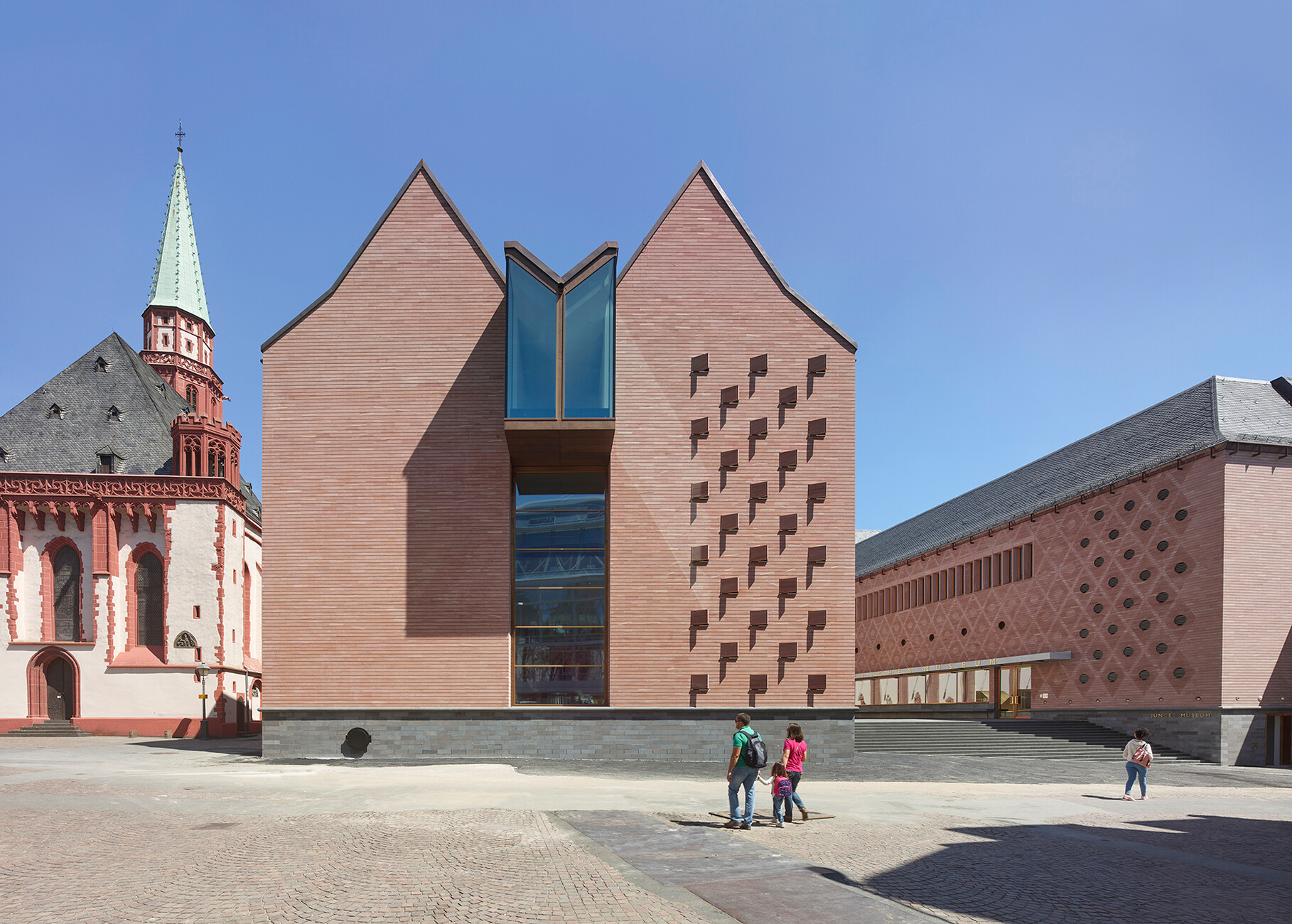 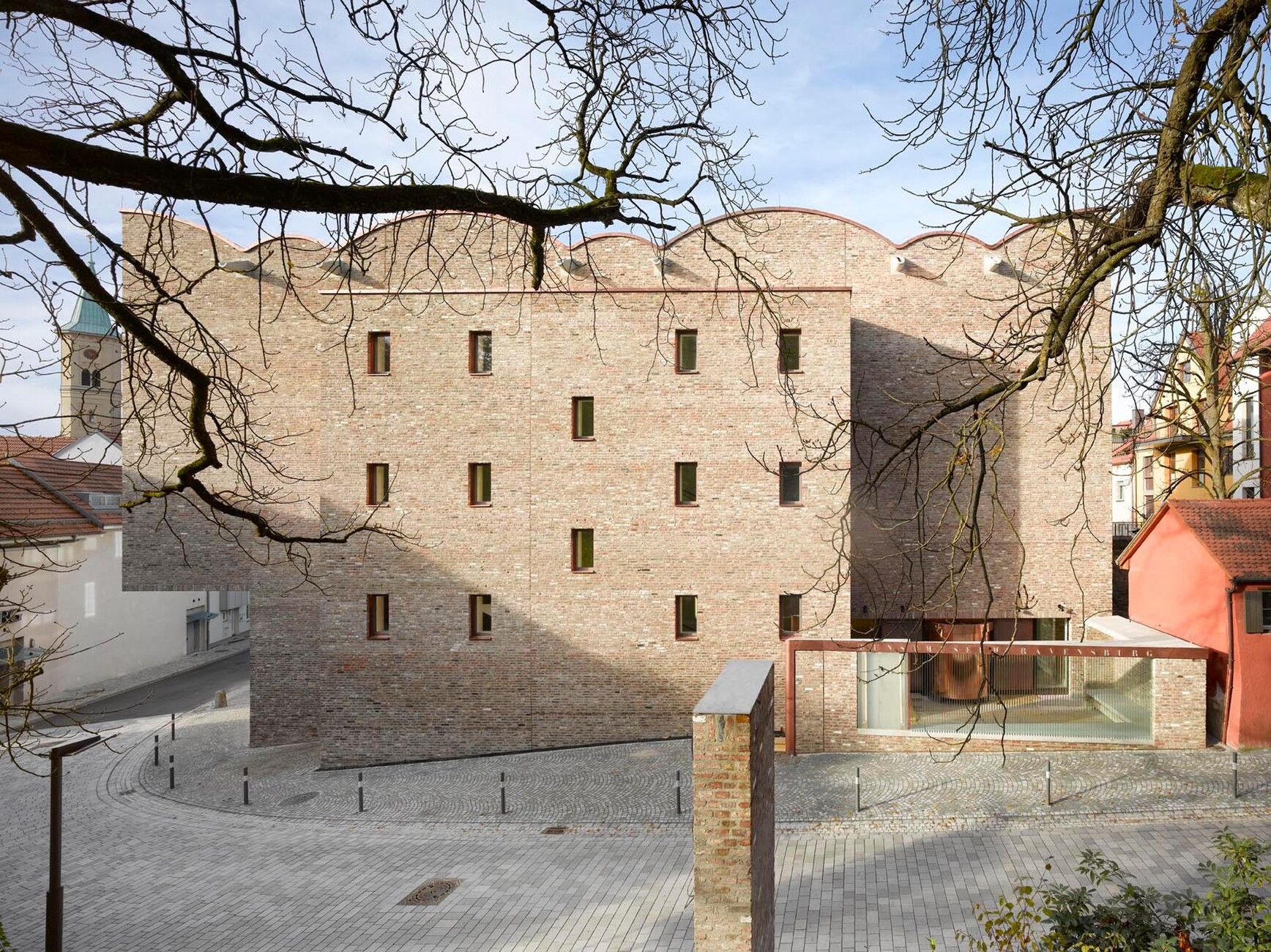 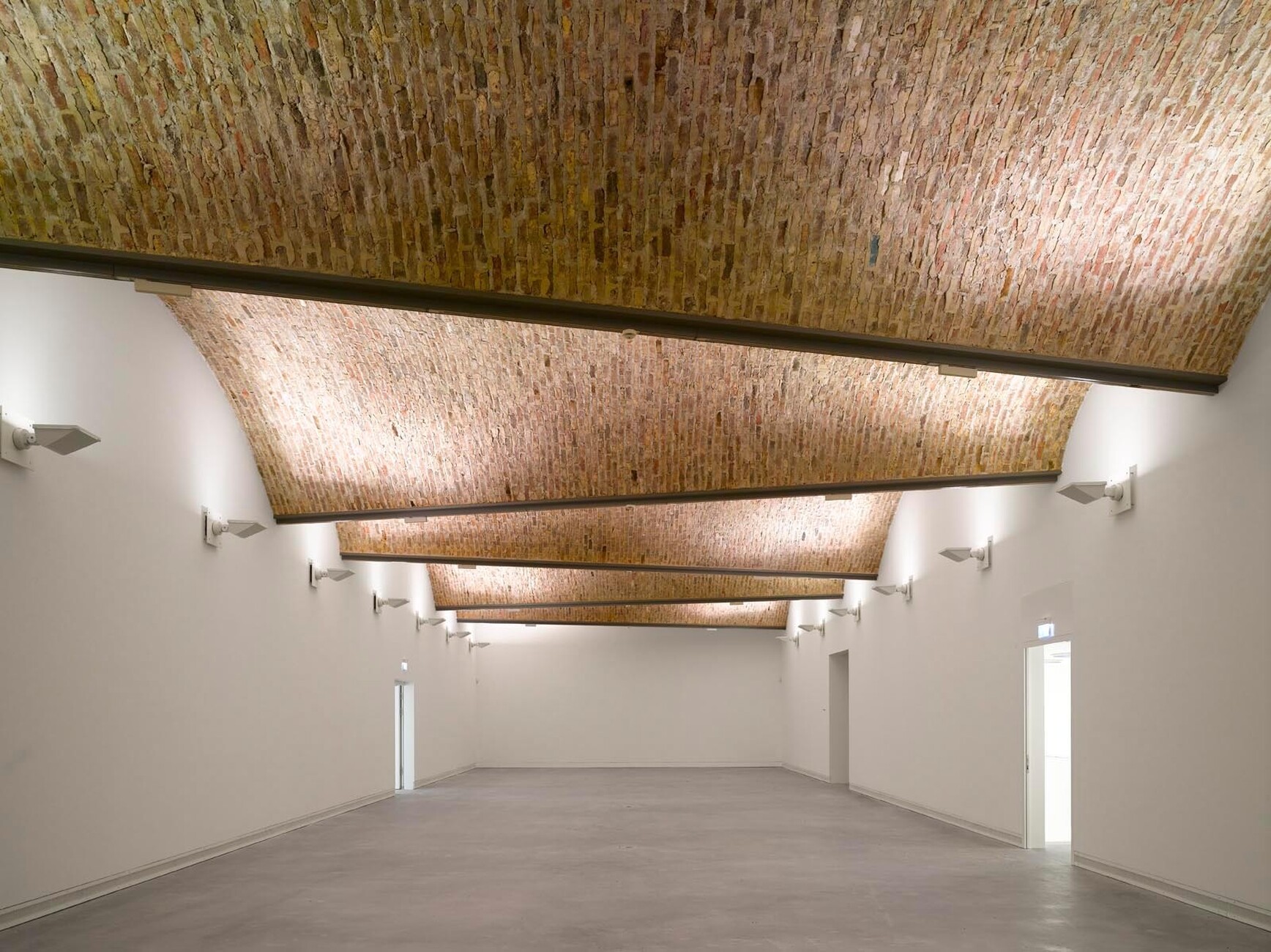 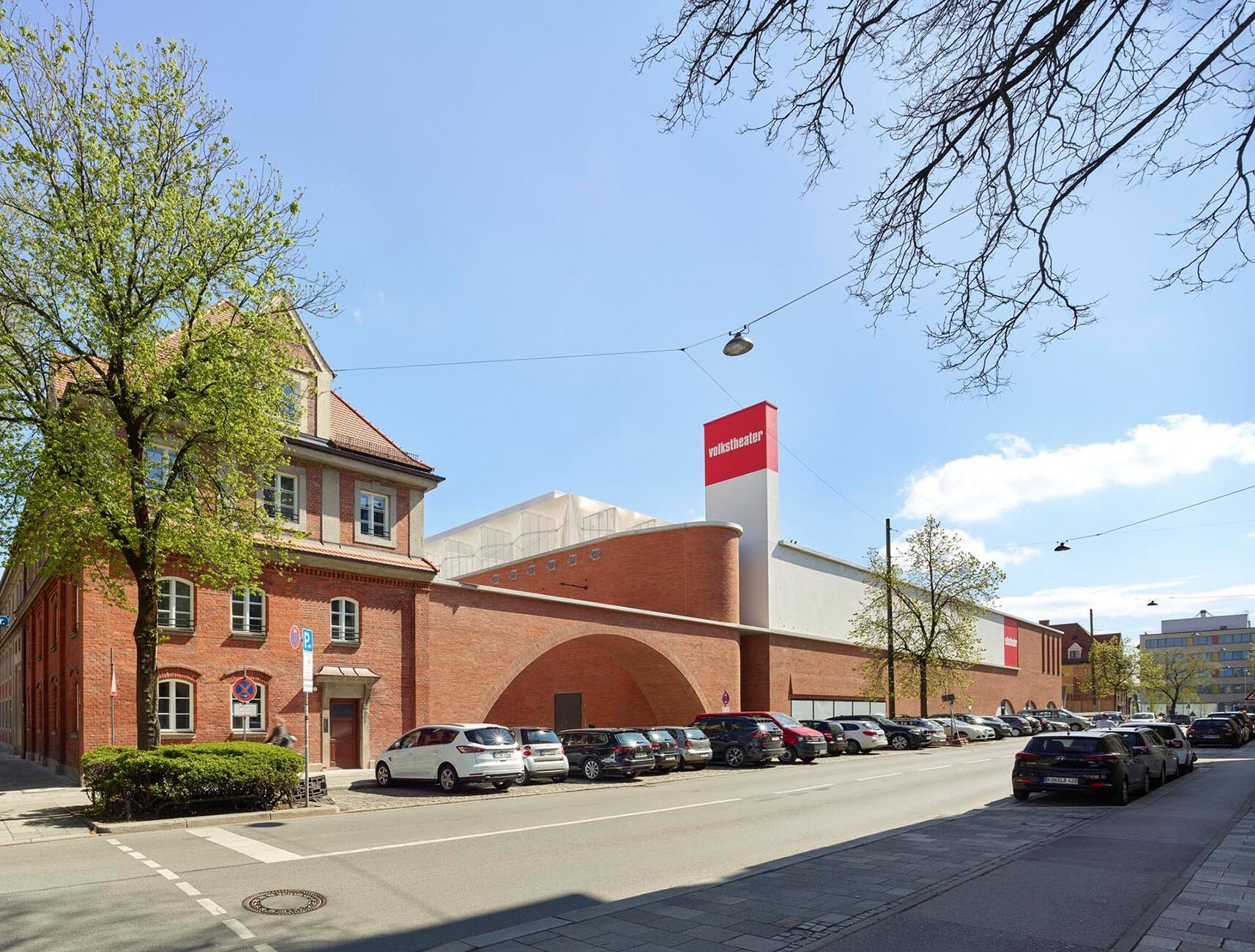 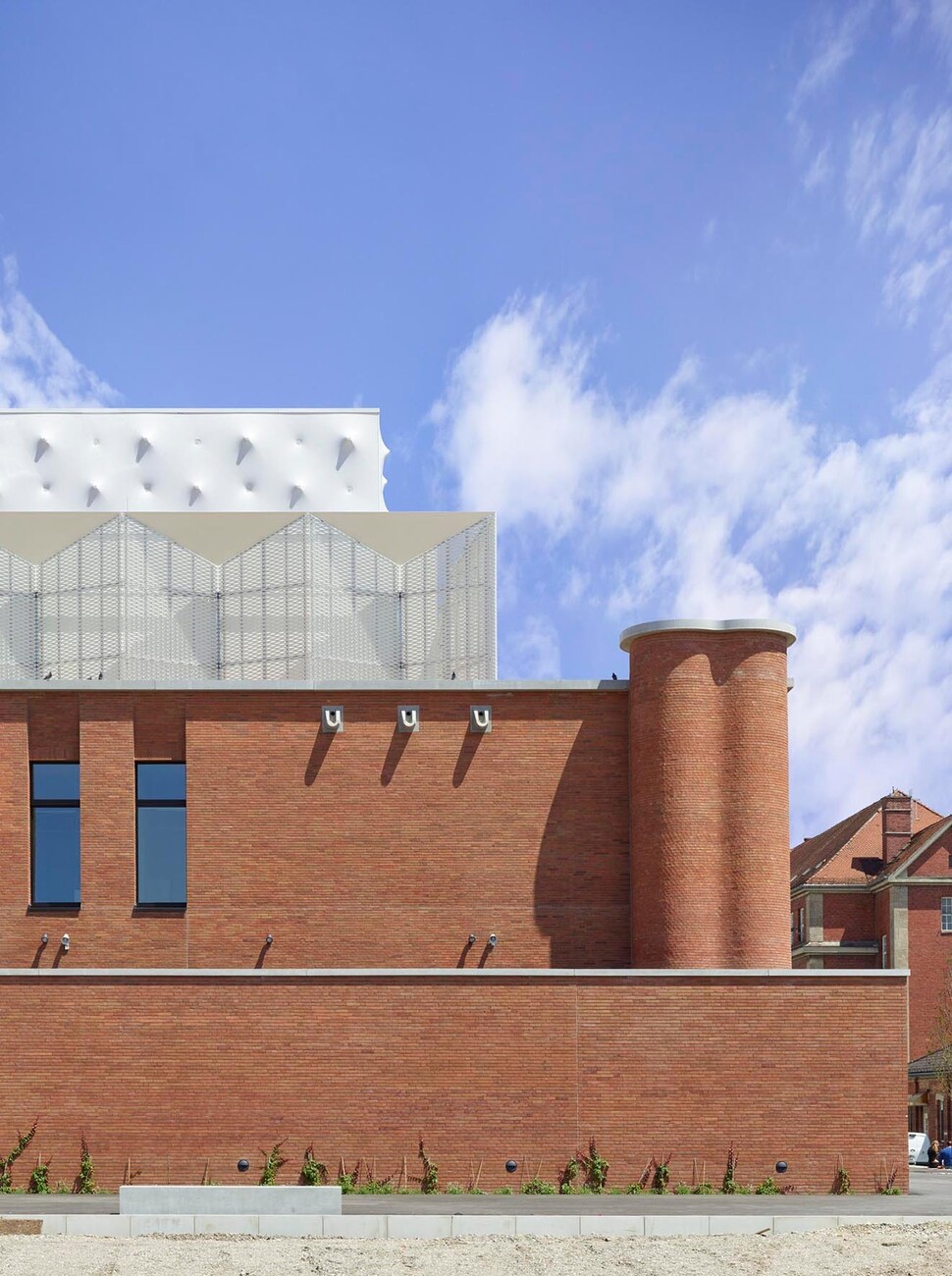 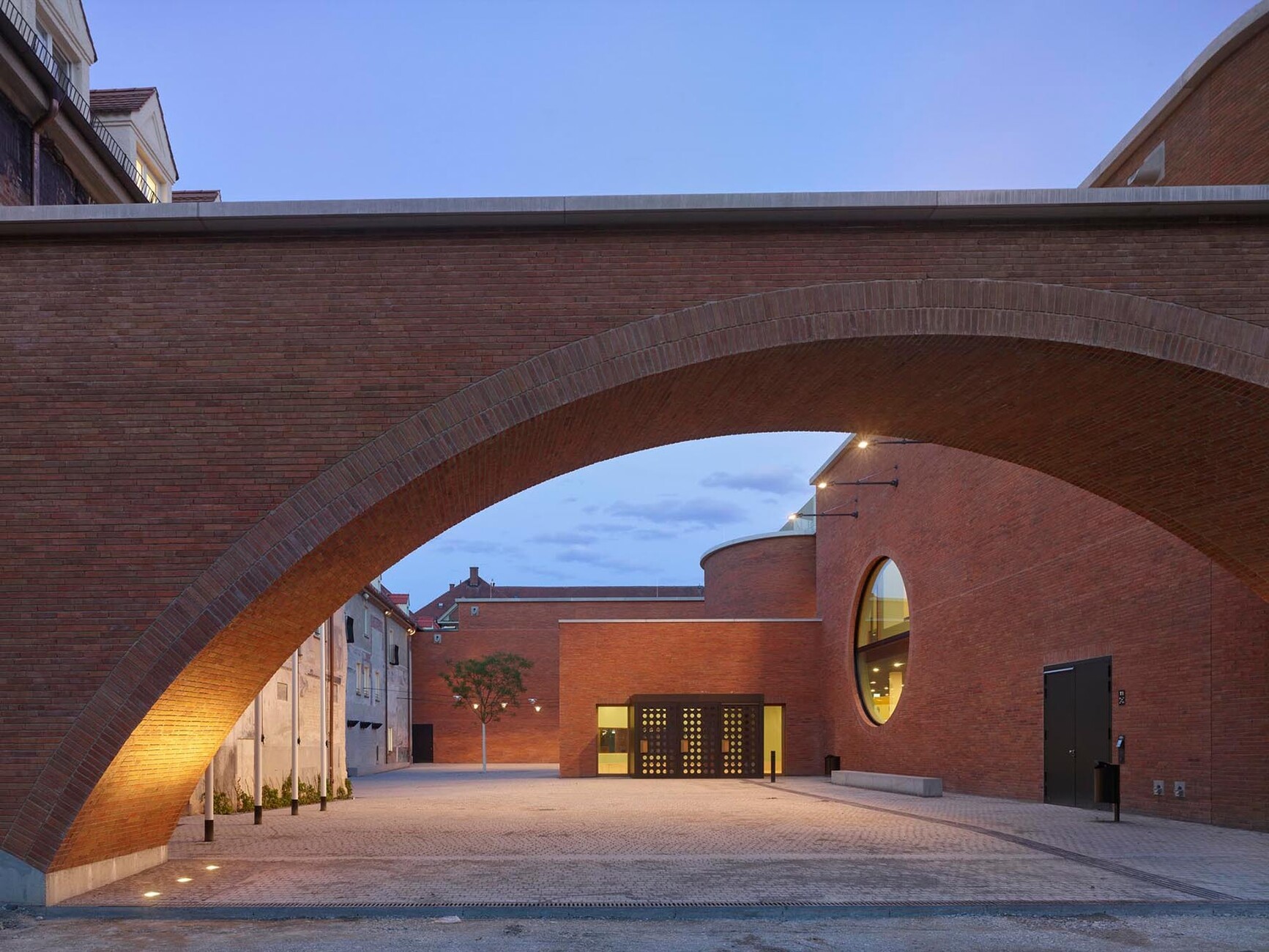 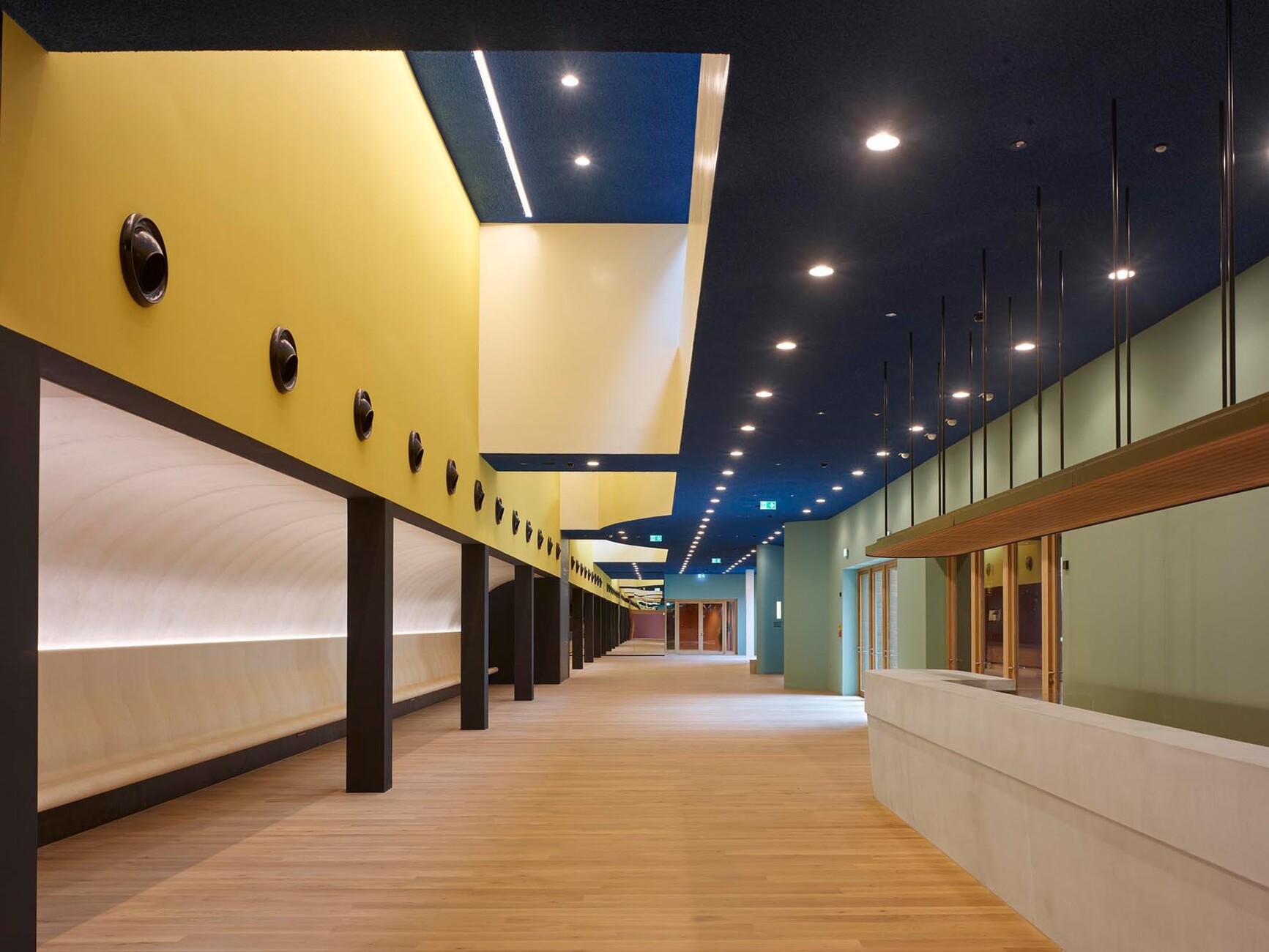 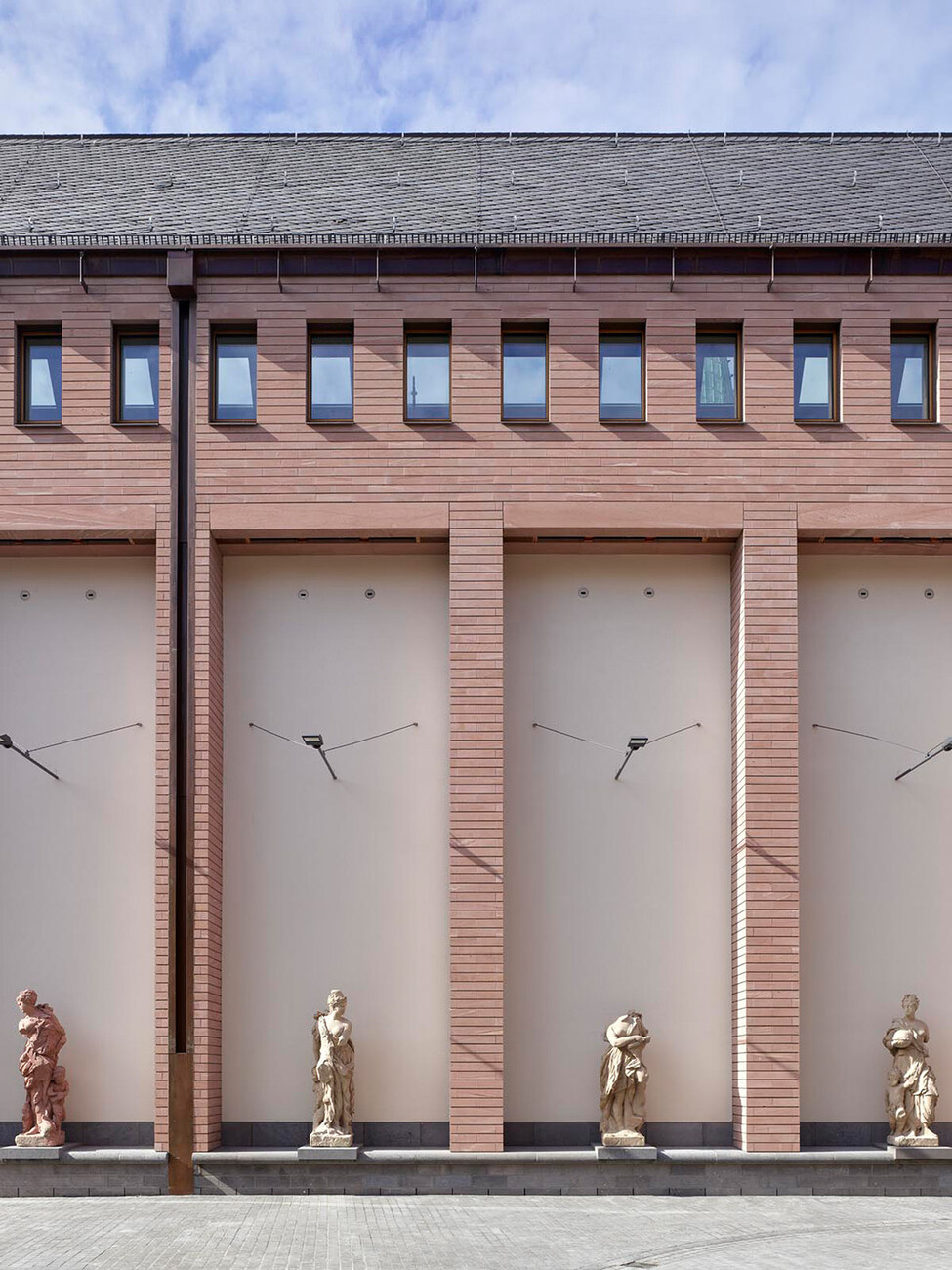 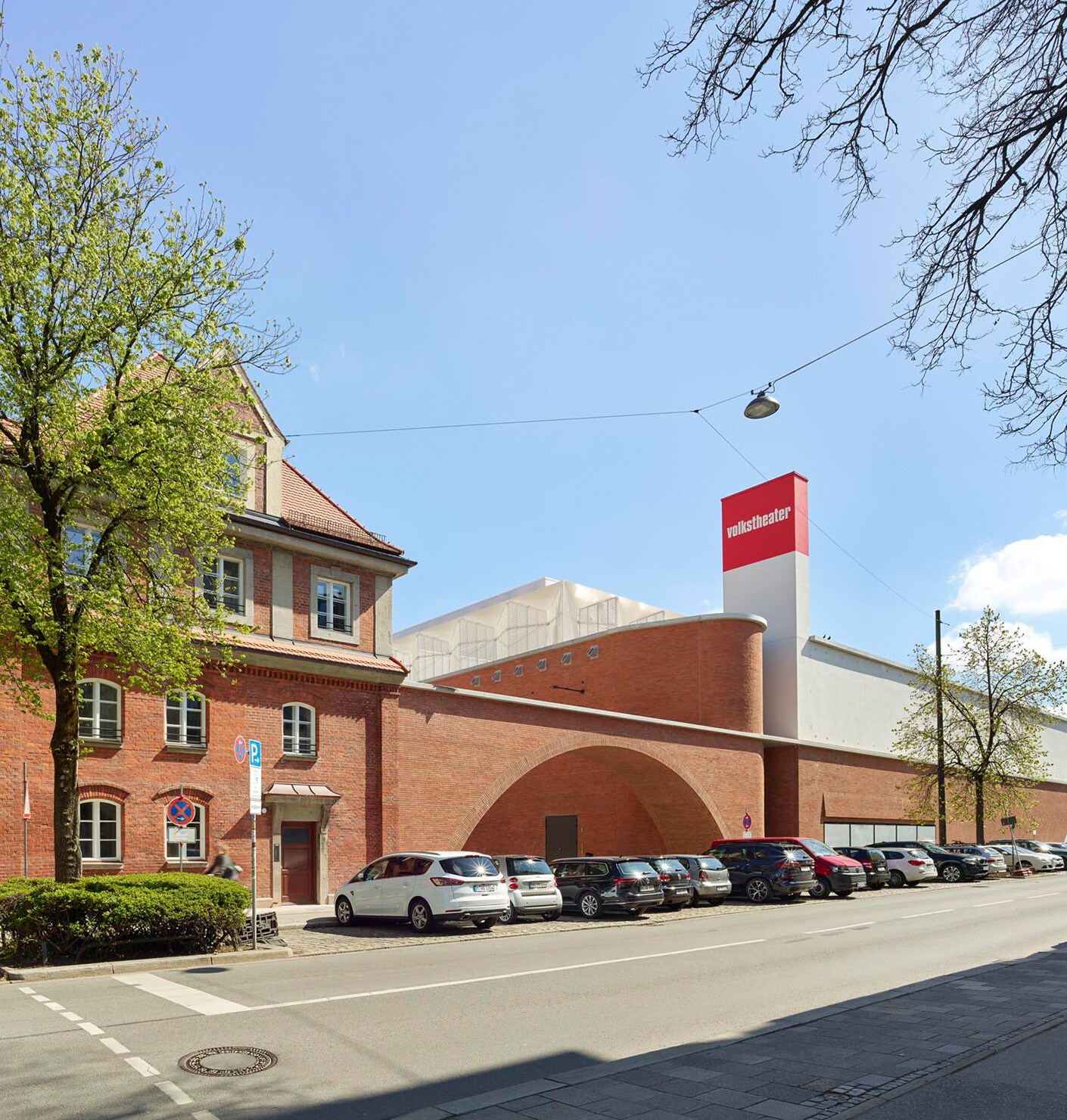 The new Volkstheater in Munich by LRO Lederer Ragnarsdóttir Oei blends subtly into the existing neighborhood while serving as a cultural beacon for an adjacent urban development project. 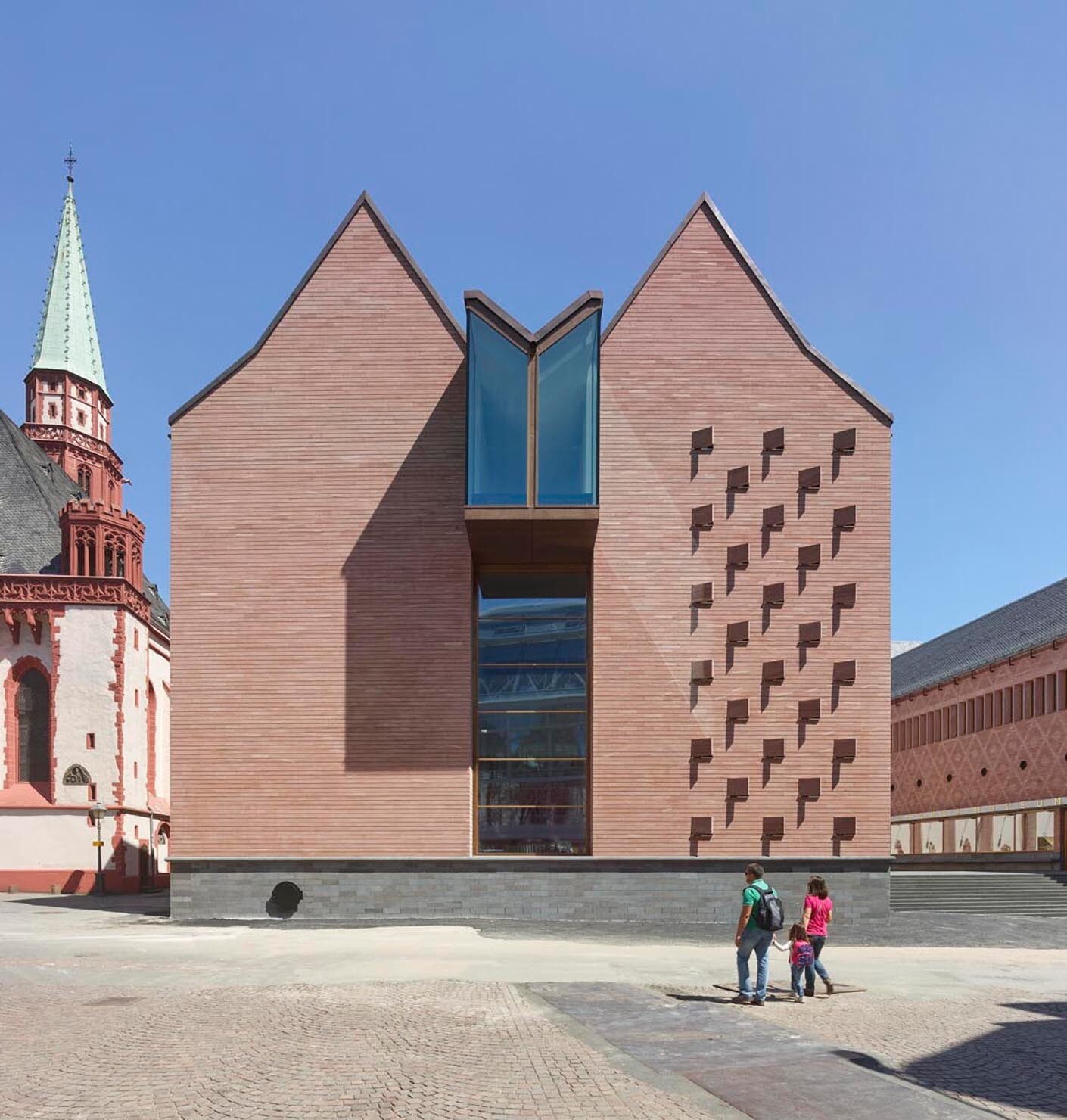 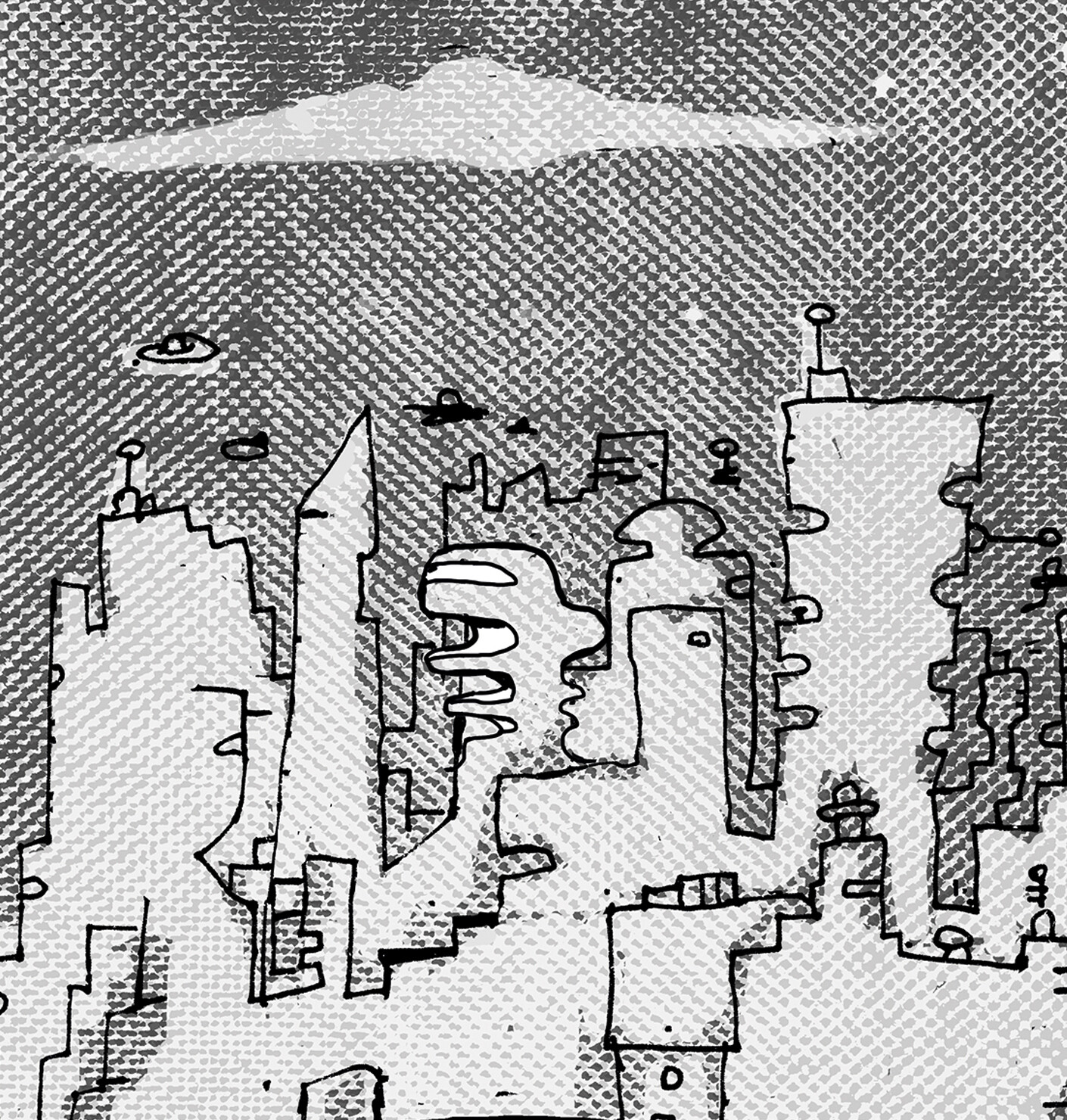 We know the name of neither the city nor the country, and not even the surname of the man about whom I recorded the following story. An architectural fairytale by Arno Lederer, illustrated by James Turek. 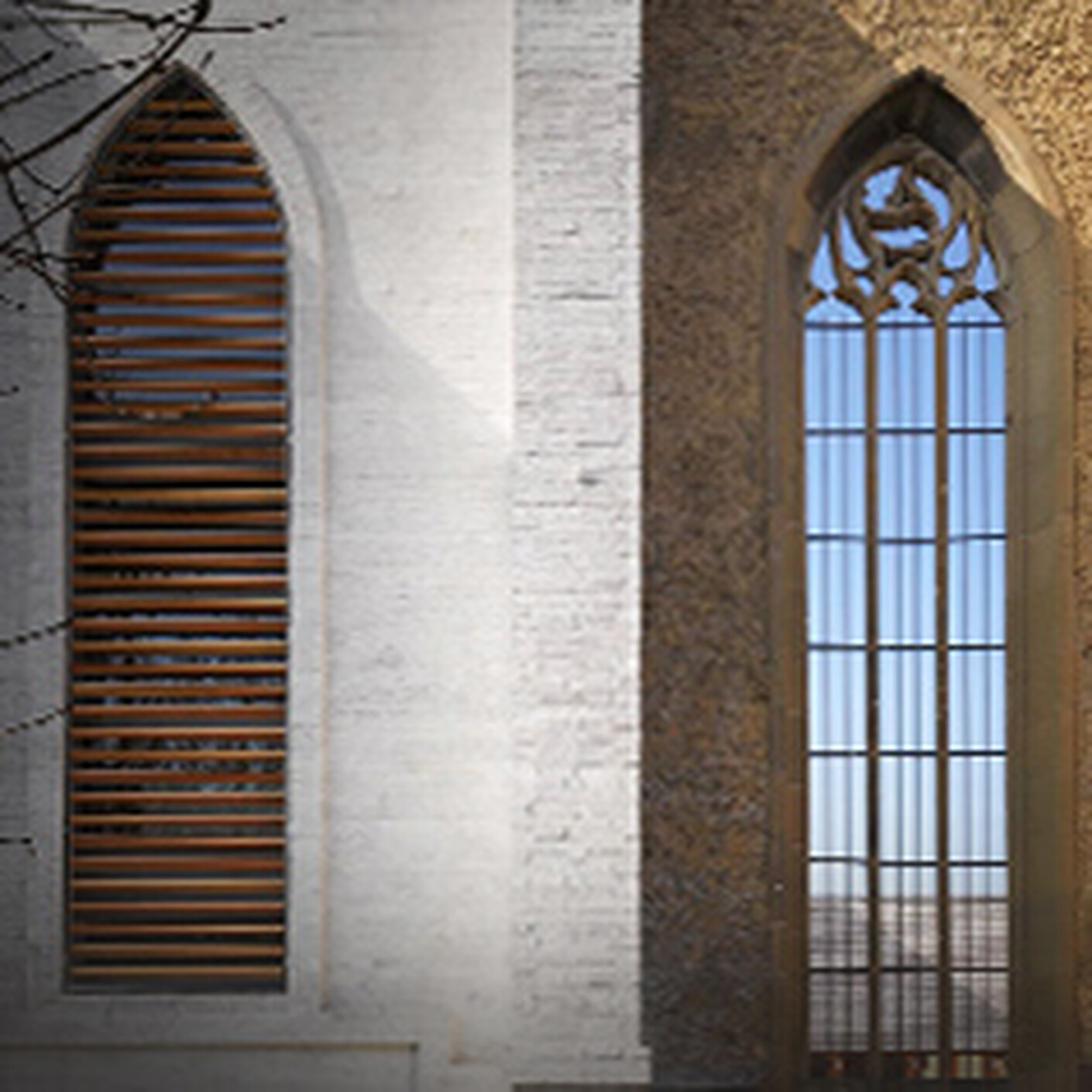 “A structure I have always wanted to demolish” was the title of a design assignment that Arno Lederer gave several times at Stuttgart and Karlsruhe universities. Not that the architect had always been hell-bent on tearing down the buildings belonging to the Stuttgarter Hospitalhof complex. Now he has had them demolished after all – and in their place realized a very convincing alternative that exudes nothing but perfection. Almost.
Advertisement