Designer Jörg Boner has teamed up with COR to develop the new upholstery series “Nenou” that will debut in Milan. Just before the launch, a few final decisions needed to be taken. A Making-of.
by Fabian Peters | 4/4/2019

“I’m always happy when you need an elaborate process to make our furniture. Because then it is far harder to copy them.” Leo Lübke is standing in the large studio of his company’s R&D section and has between his fingers a panel of cloth – a broad ready-sewn edge of cloth. In the large, almost completely white hall stand a good dozen pieces of upholstered furniture – all of them boasting the same bright upholstery fabric. The new collection that the COR director is just carefully checking out together with designer Jörg Boner and product manager Christian Erpenbeck will be called “Nenou”. COR, based in Rheda-Wiedenbrück in central Germany, will be presenting it in Milan at the furniture fair this April. Boner has just arrived from Zurich to inspect how the COR engineers, cabinetmakers and upholsterers have translated his drawings and renderings into three-dimensional objects.

At the last meeting a few weeks earlier it had transpired that the fabric panel that Leo Lübke is just examining so closely could be a real deal-breaker. Because it plays a very decisive role in the design: It will embrace all the furniture in the collection and give them the characteristic appearance somehow reminiscent of a lily leaf. At the same time, the textile has a fine shadow to it that will lend the objects a greater sense of depth. So how wide will the strips of fabric need to be exactly? That is something that Leo Lübke, Jörg Boner and Christian Erpenbeck try to work out using a measuring tape. The three agree on a new version. “Here, the sewing workshop has sewn in a so-called lower flap,” Christian Erpenbeck explains. “As a result, the panel is stiffer and this minimizes bulging.” It may be elaborate to make, but it is simply better. Everyone concurs that the version with the flap will be used.

The use of prototypes is still indispensable to the joint of by designers and technical specialists. By no means everything can be decided by phone or email. Sometimes electronic communications are actually counterproductive. “We decided not to send Jörg any more photos of prototypes,” Christian Erpenbeck recalls. “They always give a ghastly impression of things and their value thus tends to be zero.” So it is that the trio moves from prototype to prototype, armed with a measuring tape, pins and a felt-tip, hunting for the ideal proportions, the right run of the seams, the best compromise as regards the seat length. “You gradually work your way forwards,” is Christian Erpenbeck describes the process. “In the final instance you keep on meeting until everyone is happy and everything is decided.” In the case of “Nenou” the process started as long ago as 2016.

"COR had back then already for some time wanted to place a new design for an armchair, that could be used at a dining table instead of a chair,” is how Erpenbeck describes the original brief. And it was he who proposed that COR contact Jörg Boner. He has known Boner since their early days together at a small Swiss furniture maker, and really likes his work. “The briefing actually mentioned a small armchair,” Boner remembers. “We then drew a footstool, too, so you could put your feet up. At some point the project simply took on a life of its own.” As a result, the high armchair, the lower variant, and the footstool ended up accompanied by three seating isles – two of them oval, one narrow and longer. They all feature the characteristic wrap-around fabric panel. The seats of both the footstool and the islands boast a powerful central seam. As a result, the inspiration provided by the lily leaf becomes all the more apparent. Boner made use of this seam in the upholstery to create the actual trick in the tail of the series. He designed a small, tray-like table-top that can be placed on poufs and the bench. A spine on its underside join it to the seam. And the tray’s intrinsic weight (it’s made of marble, stone or solid wood) ensures it hardly moves if people sit down on the upholstered section – or stand up again.

“This small element changed the entire character of ‘Nenou’,” Boner suggests, “as the categories began to blur. Suddenly the furniture can be read differently depending on the particular situation.” While Boner was busy with the design, he was thinking of modes of behaviour that he had noticed in himself and with others when out hiking: “When you want to rest for a while you tend to look for a place that you interpret by how you use it – for example, a tree trunk which you turn into a seat.” The small table-top is a key element here. “The great thing is,” Jörg Boner exclaims, “that thanks to it you can define a new surface and a new function on the upholstered furniture.” Christian Erpenbeck is likewise very taken by the versatility of “Nenou”: “The high armchair is not just suitable for use at a private dining table. It can provide quite unprecedented comfort during a lecture or evening event as seating in an assembly hall.”

Various decisions still have to be taken prior to the premiere in Milan. For example, the colors for the zero-series of the furniture. Because the white covers for the prototypes was not a design decision. “It is simply the most honest of fabrics. You immediately see everything. No mistakes get pardoned,” says Christian Erpenbeck, explaining why all designs at COR are initially in white. Moreover, you can simply take a black felt tip to mark any changes planned on the white surface. Thus it is that at the end of the afternoon, what had been white furniture is now covered with all sorts of marks, lines and notes. “We’ve spent more than two years driving this project and we’re now taking it to Milan to present,” muses Leo Lübke. This year, the company will be present in its own showroom in the city centre for the first time during the Salone del Mobile. A decision Lübke also took because he is so firmly convinced that the “Nenou” is worth it. The time taken to develop the series is something he sees a bit as the call of Destiny: “Had we been quicker than we would not now be heading for Milan.” 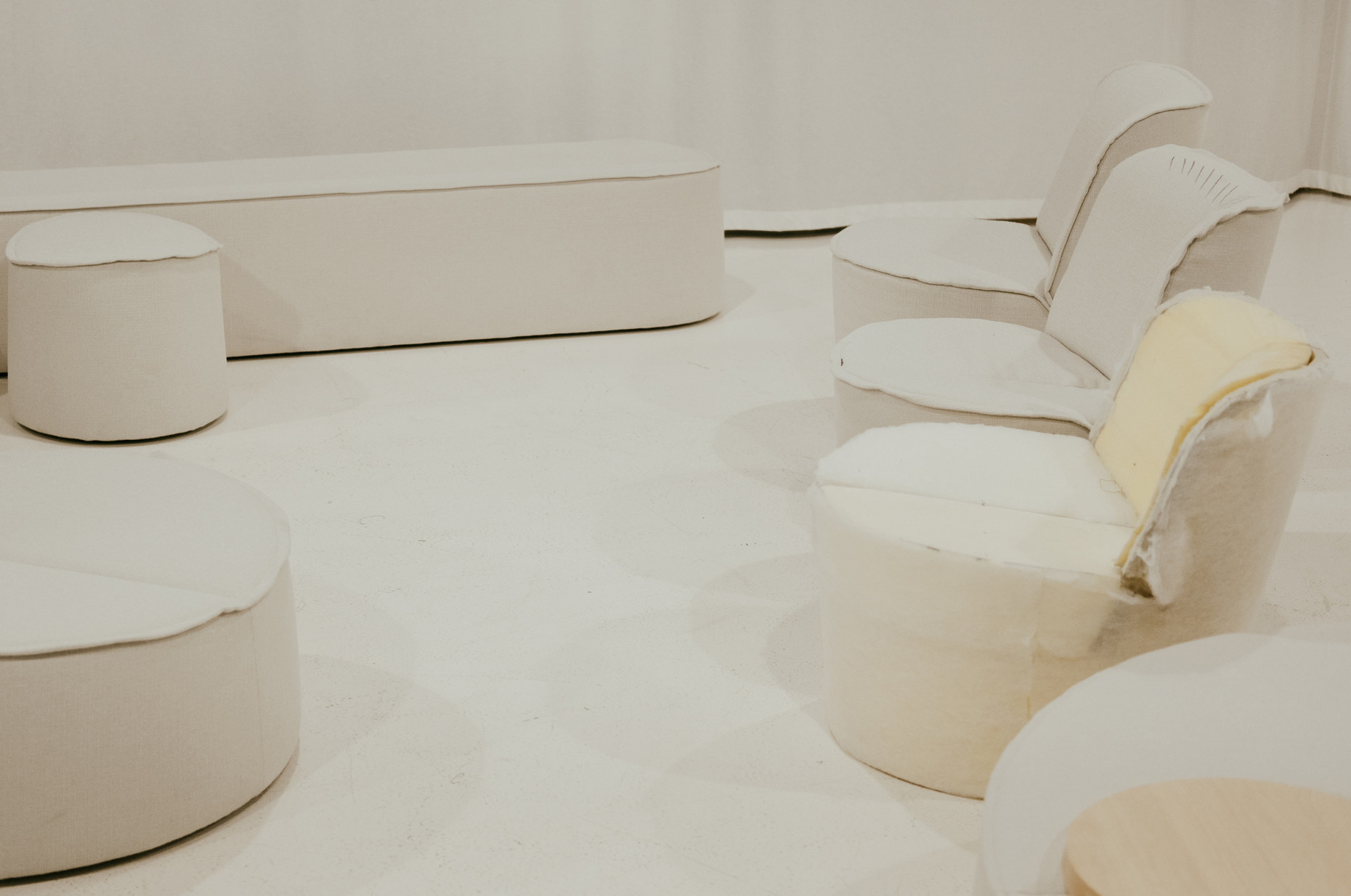 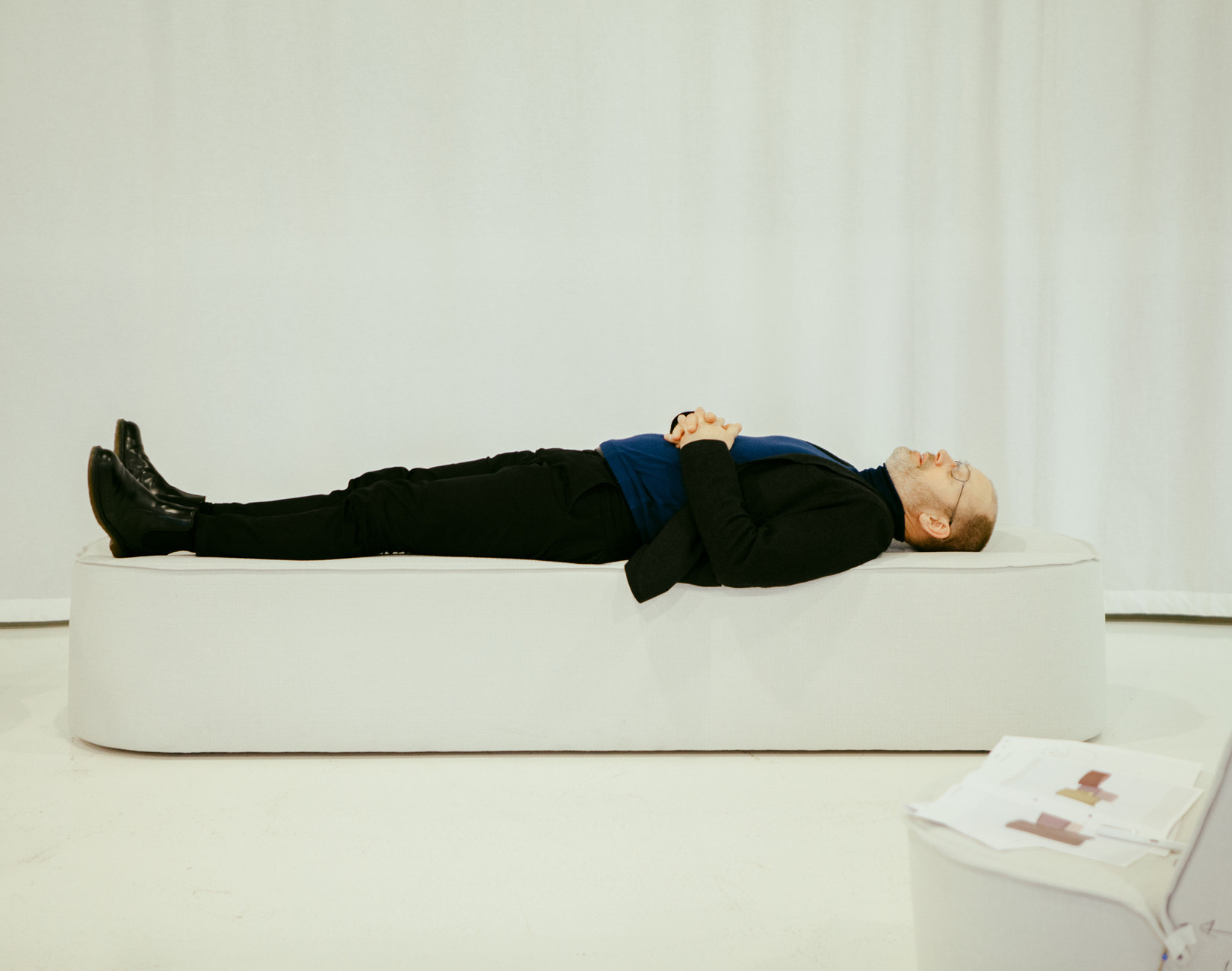 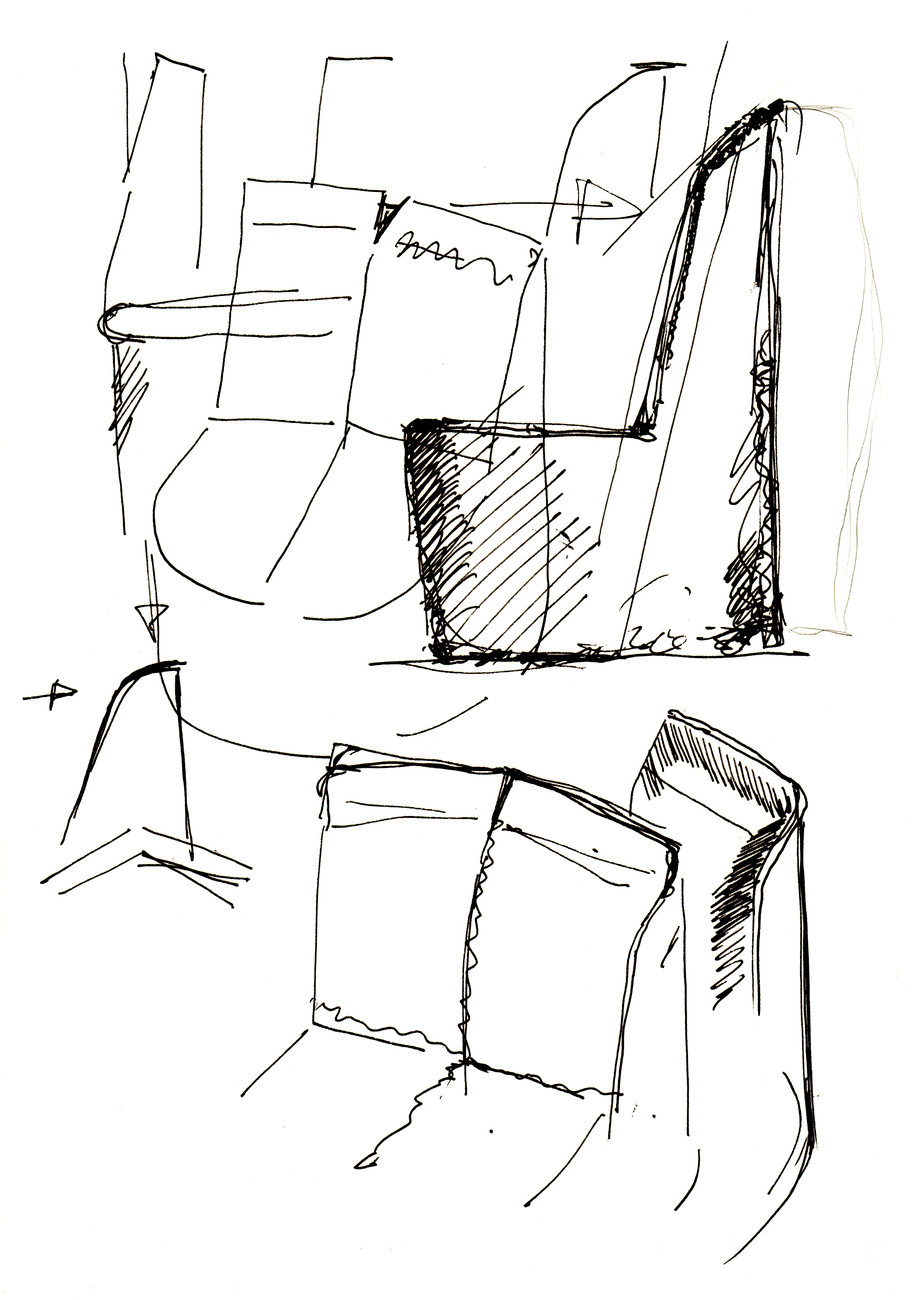 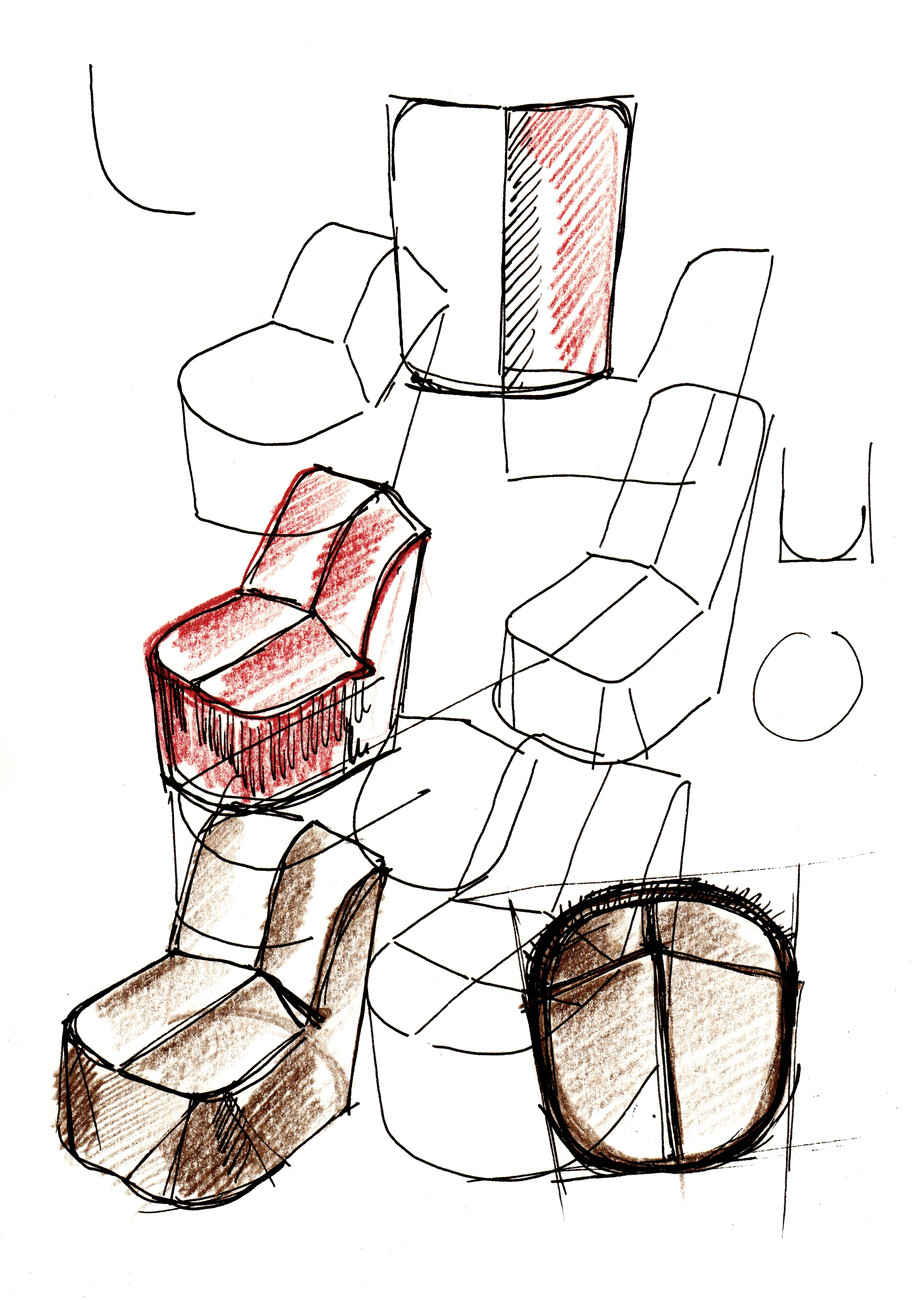 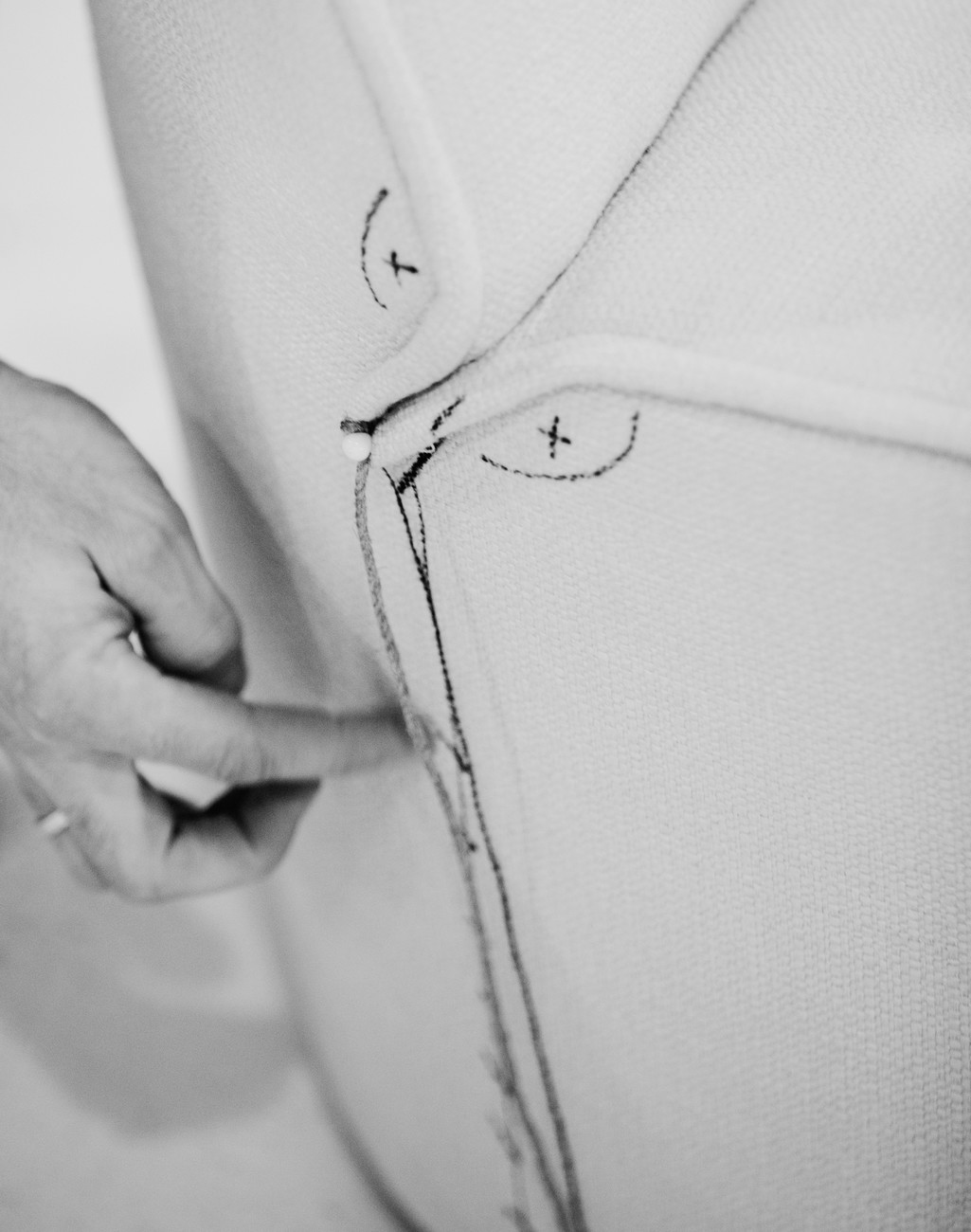 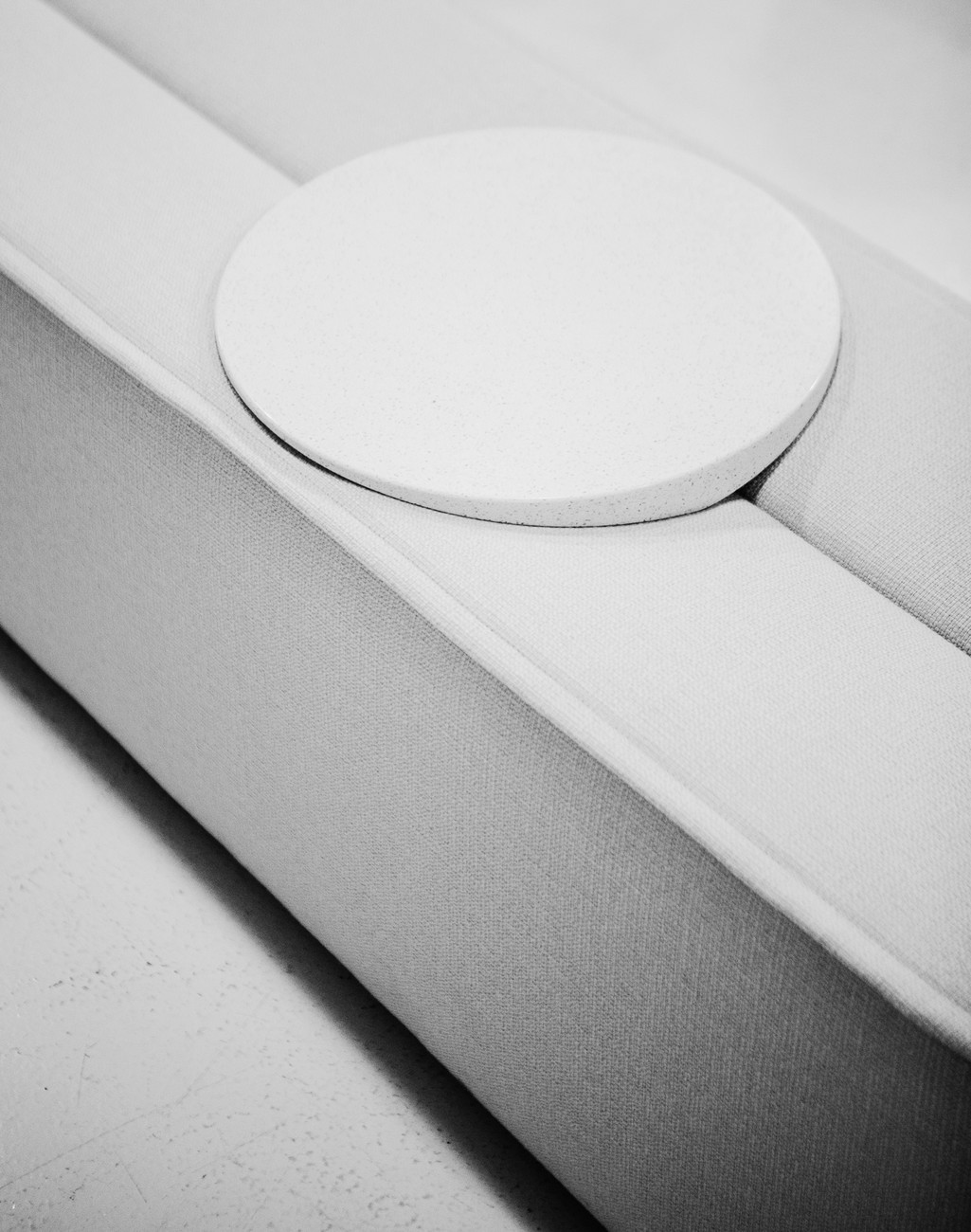 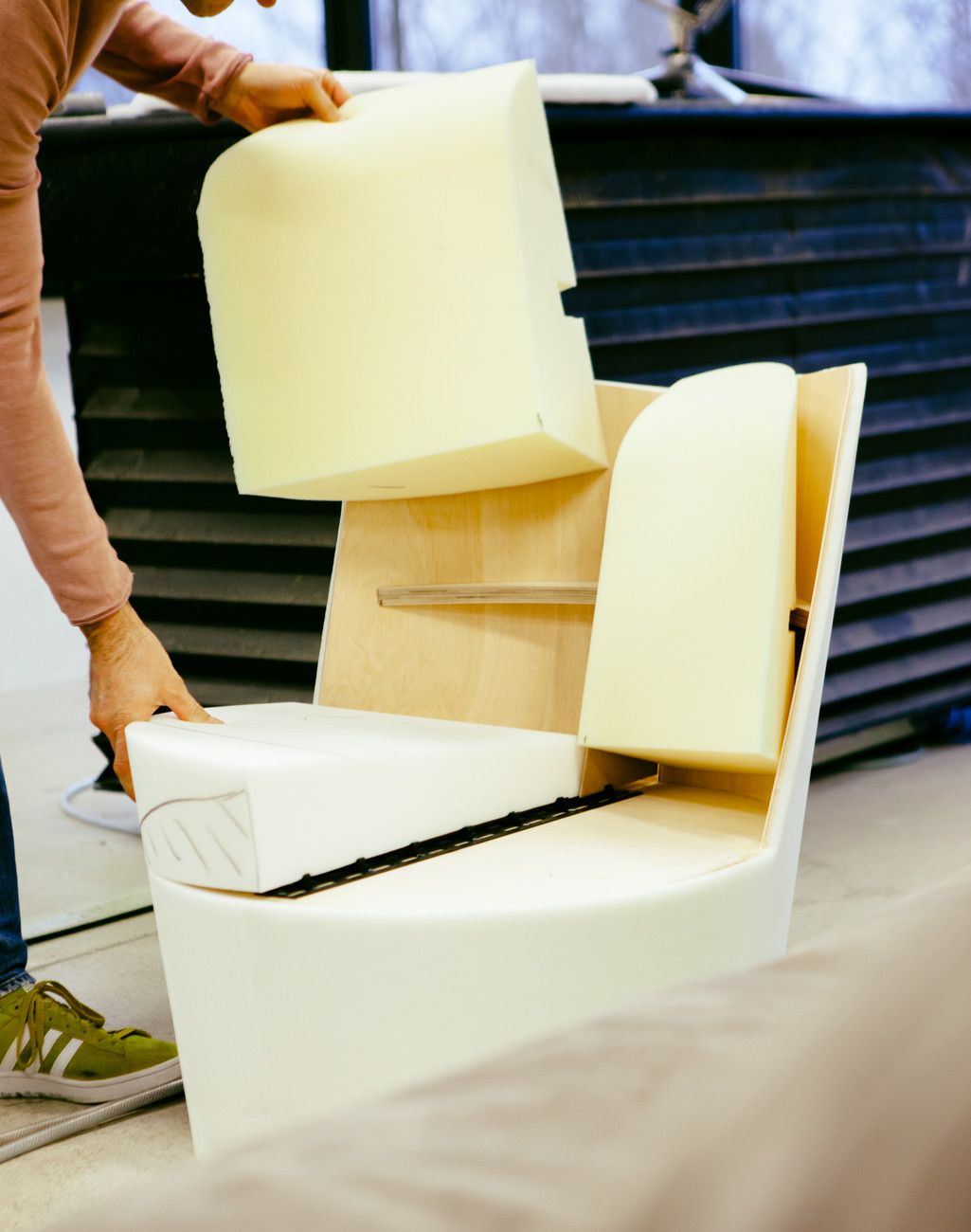 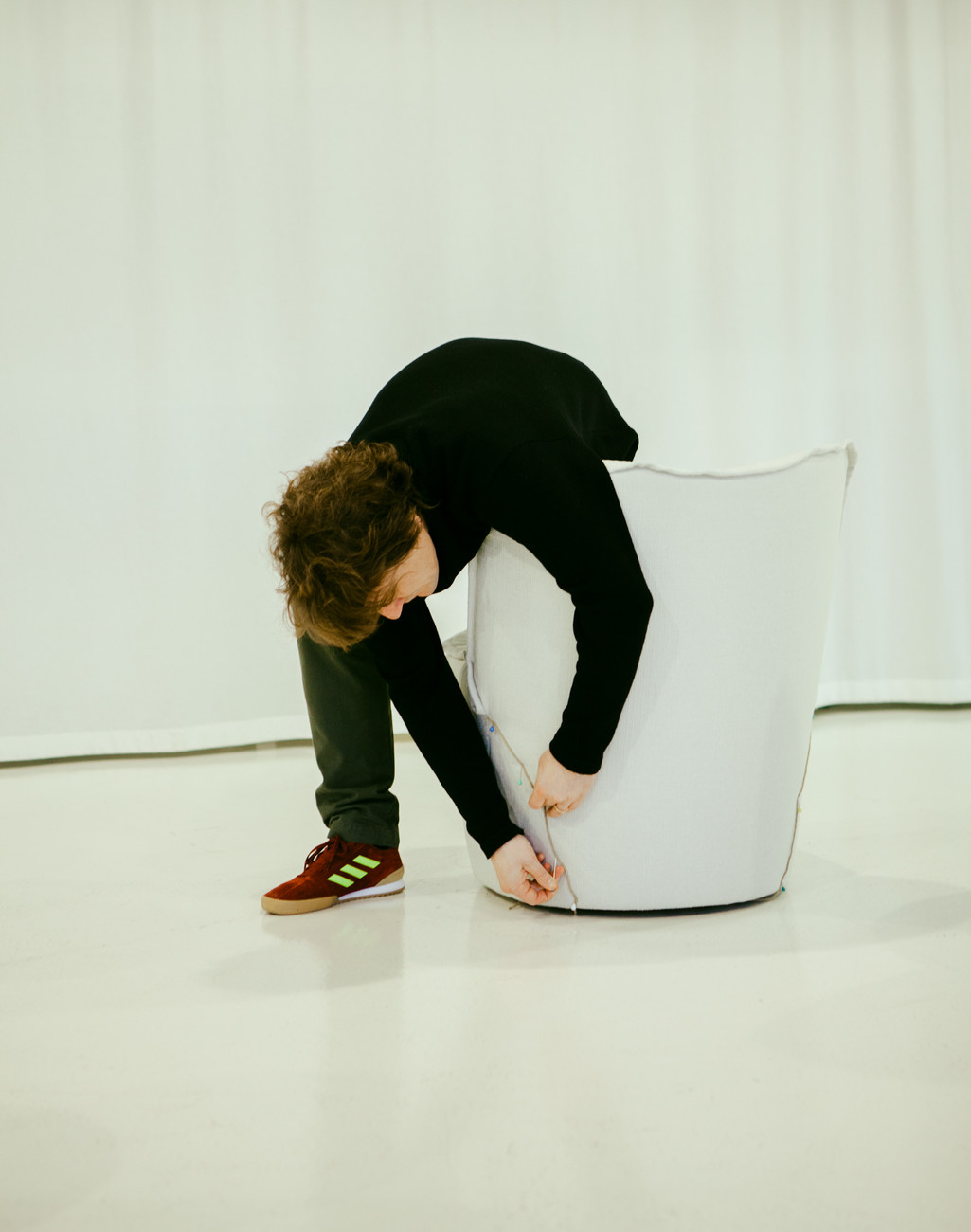 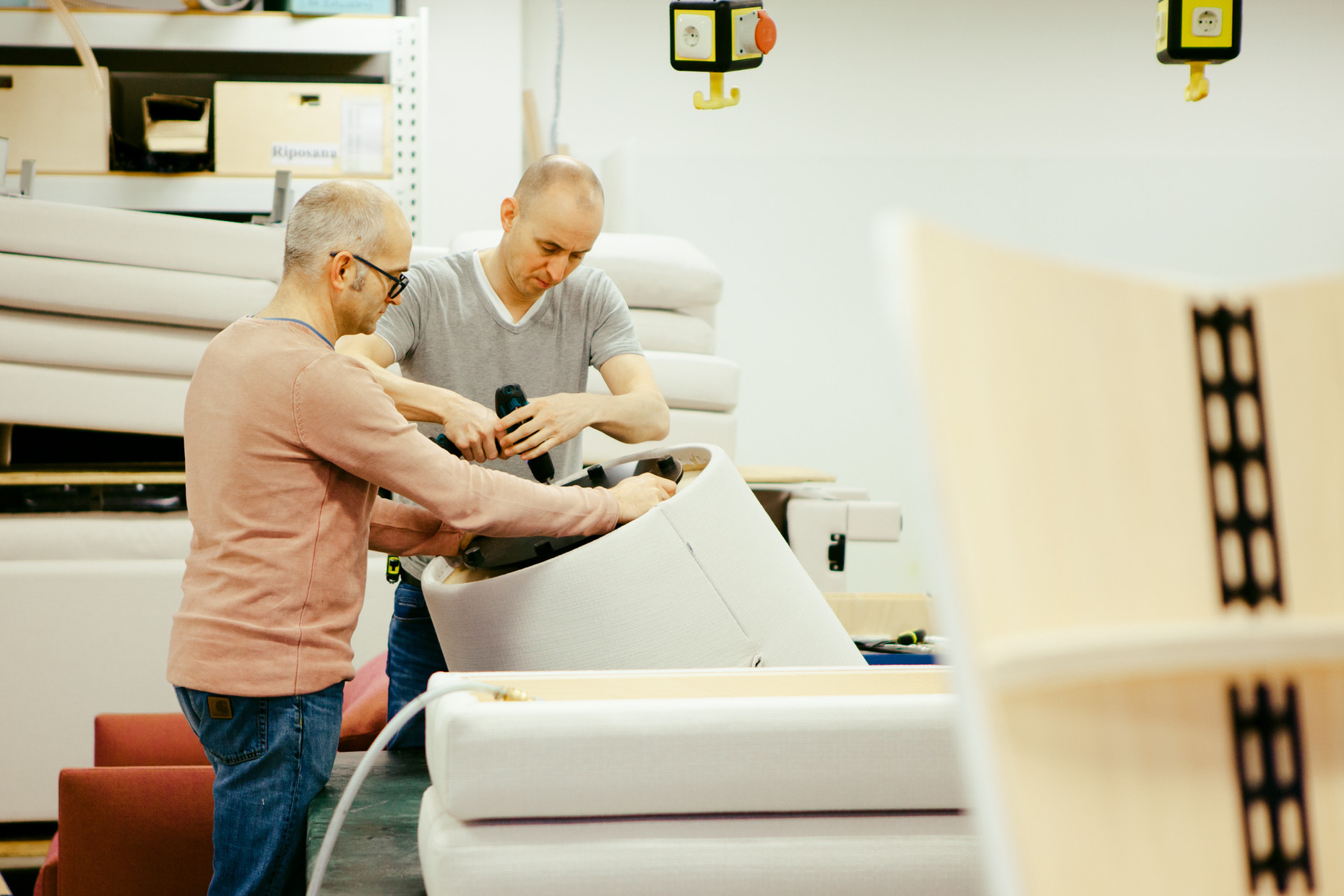 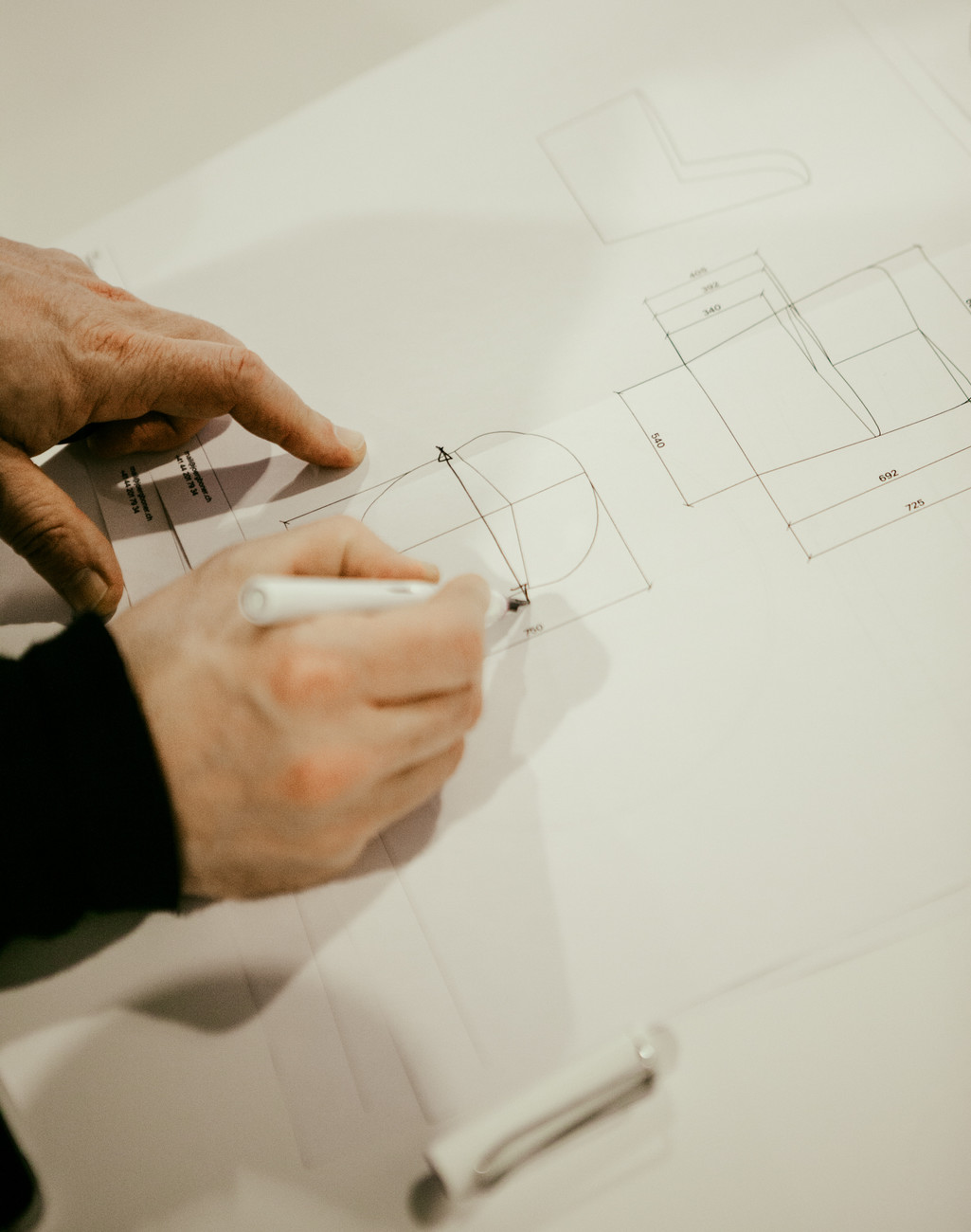 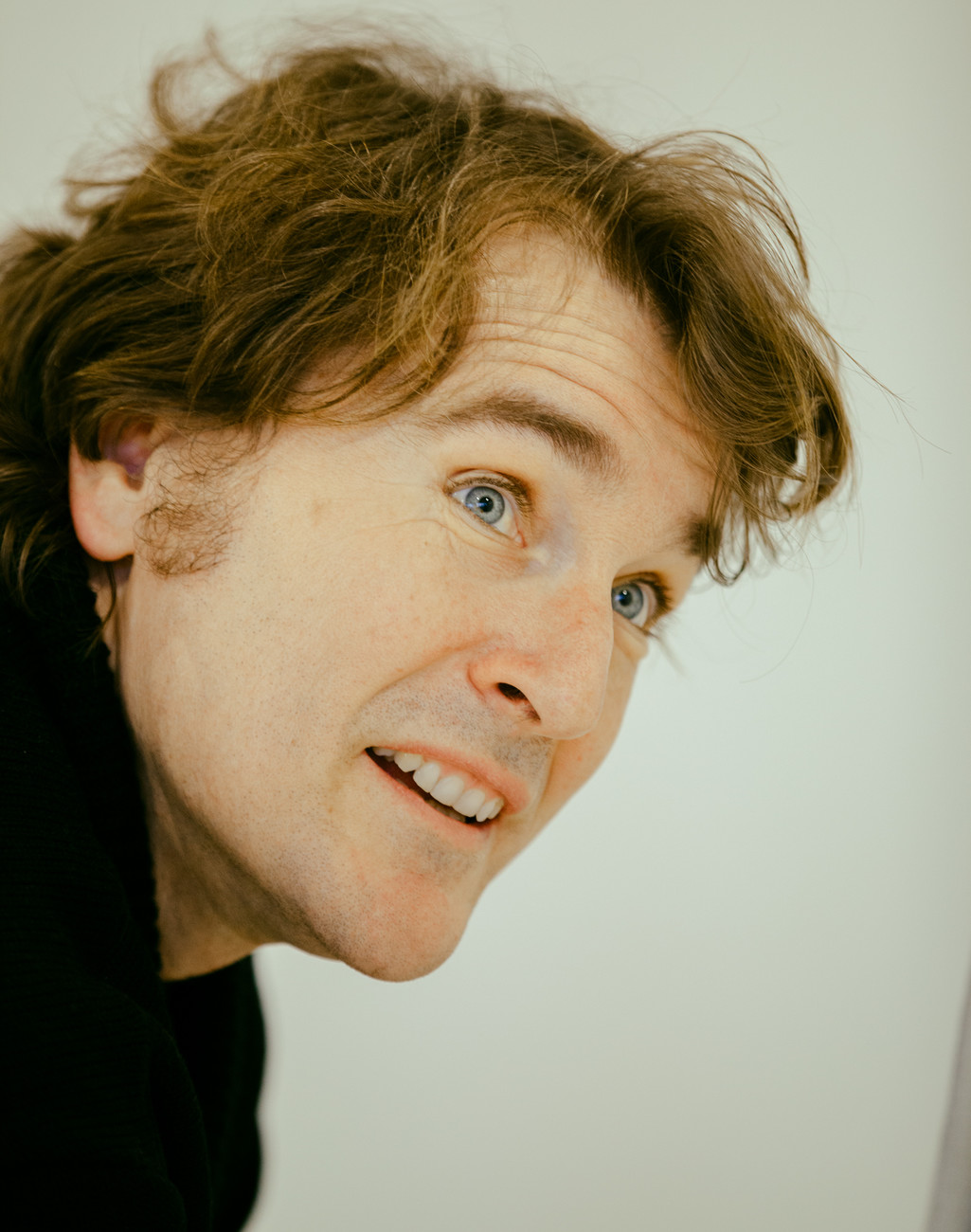 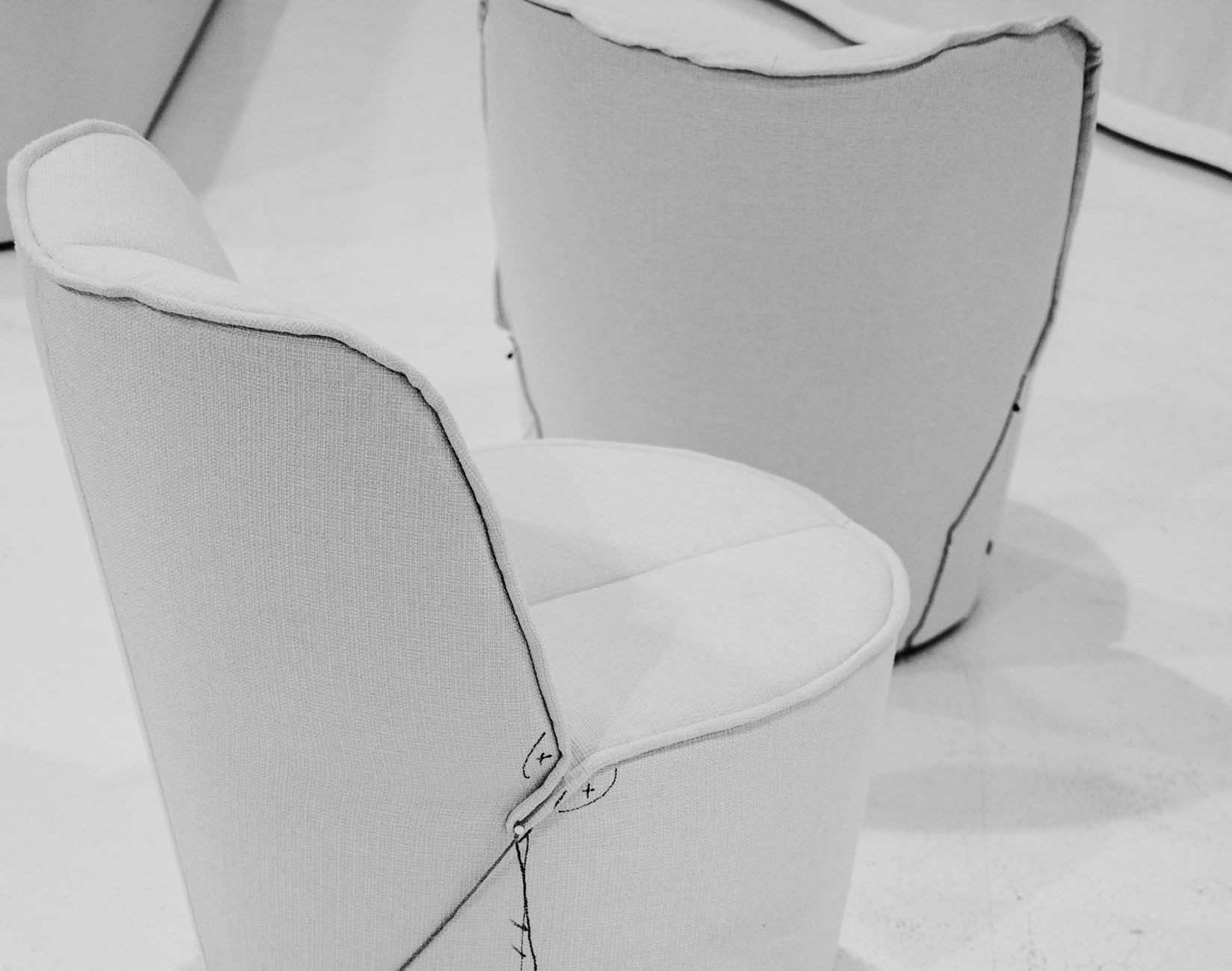 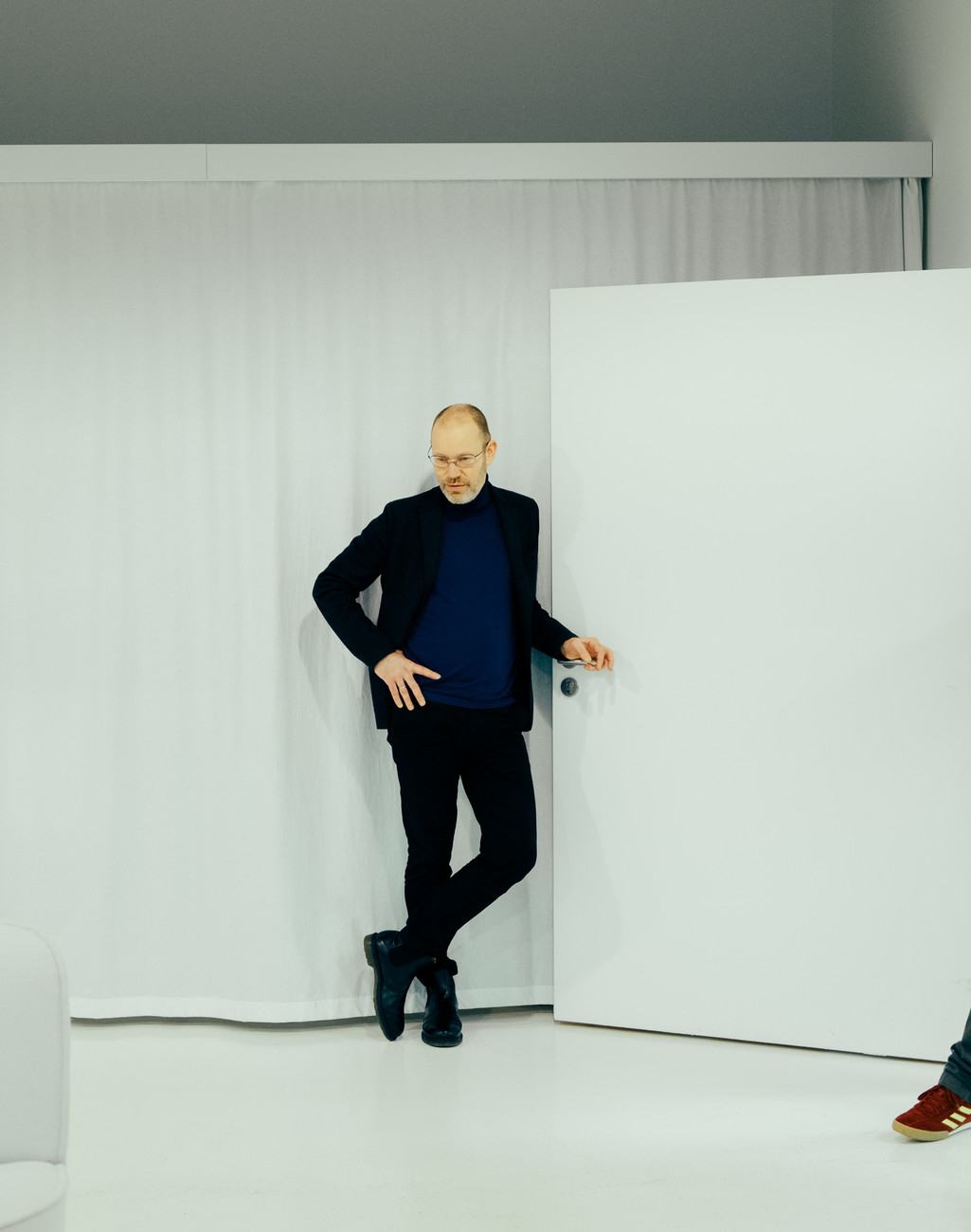 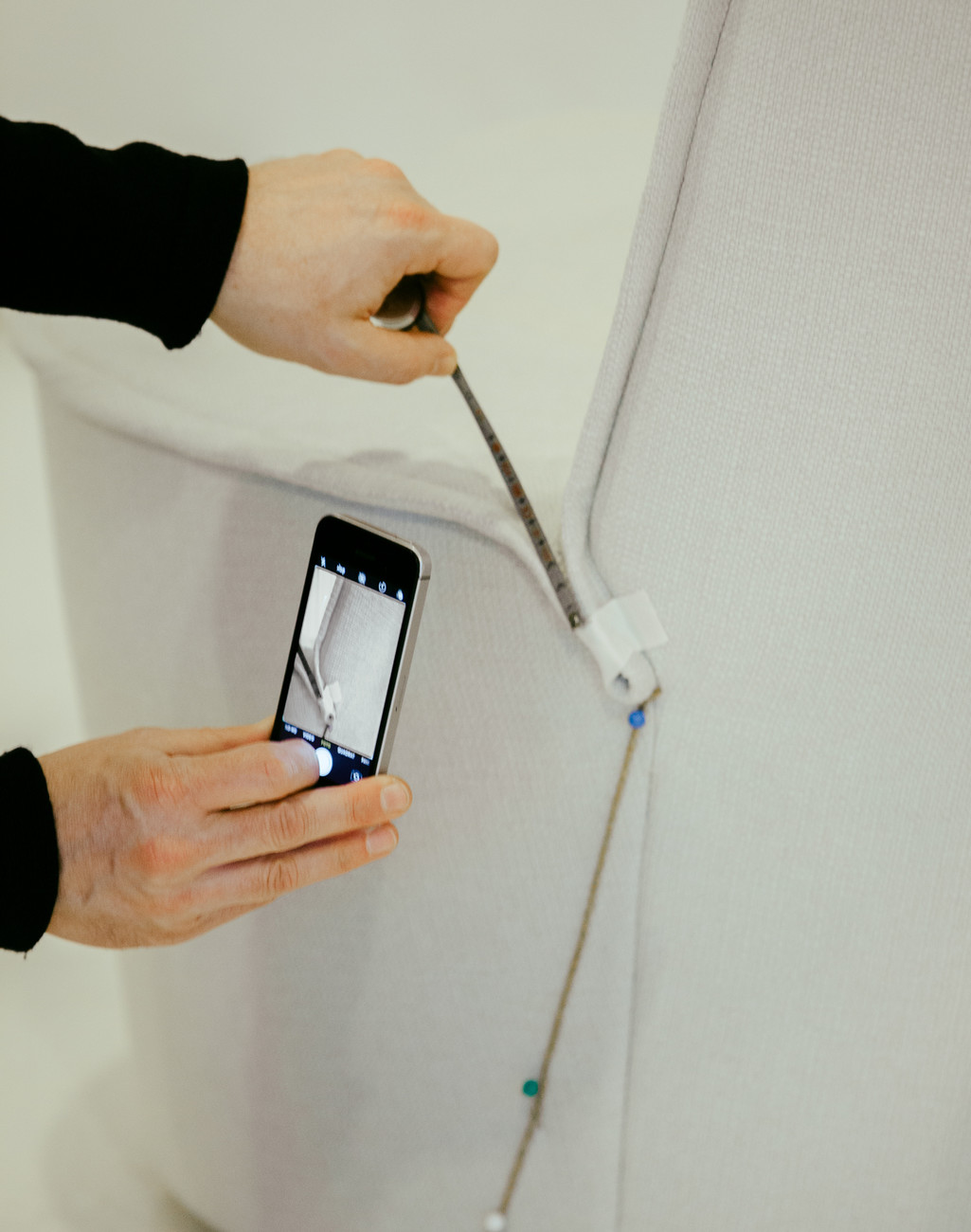 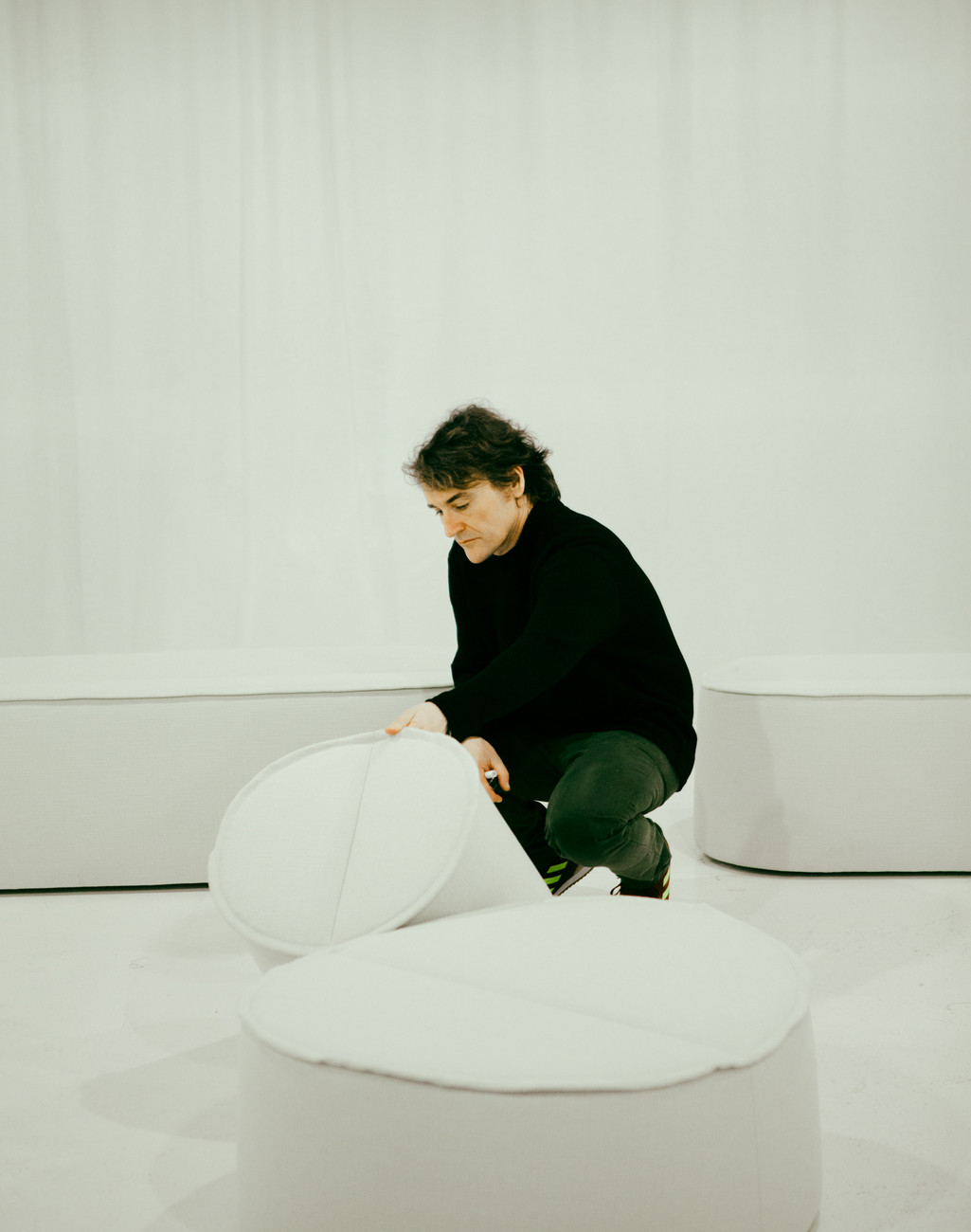 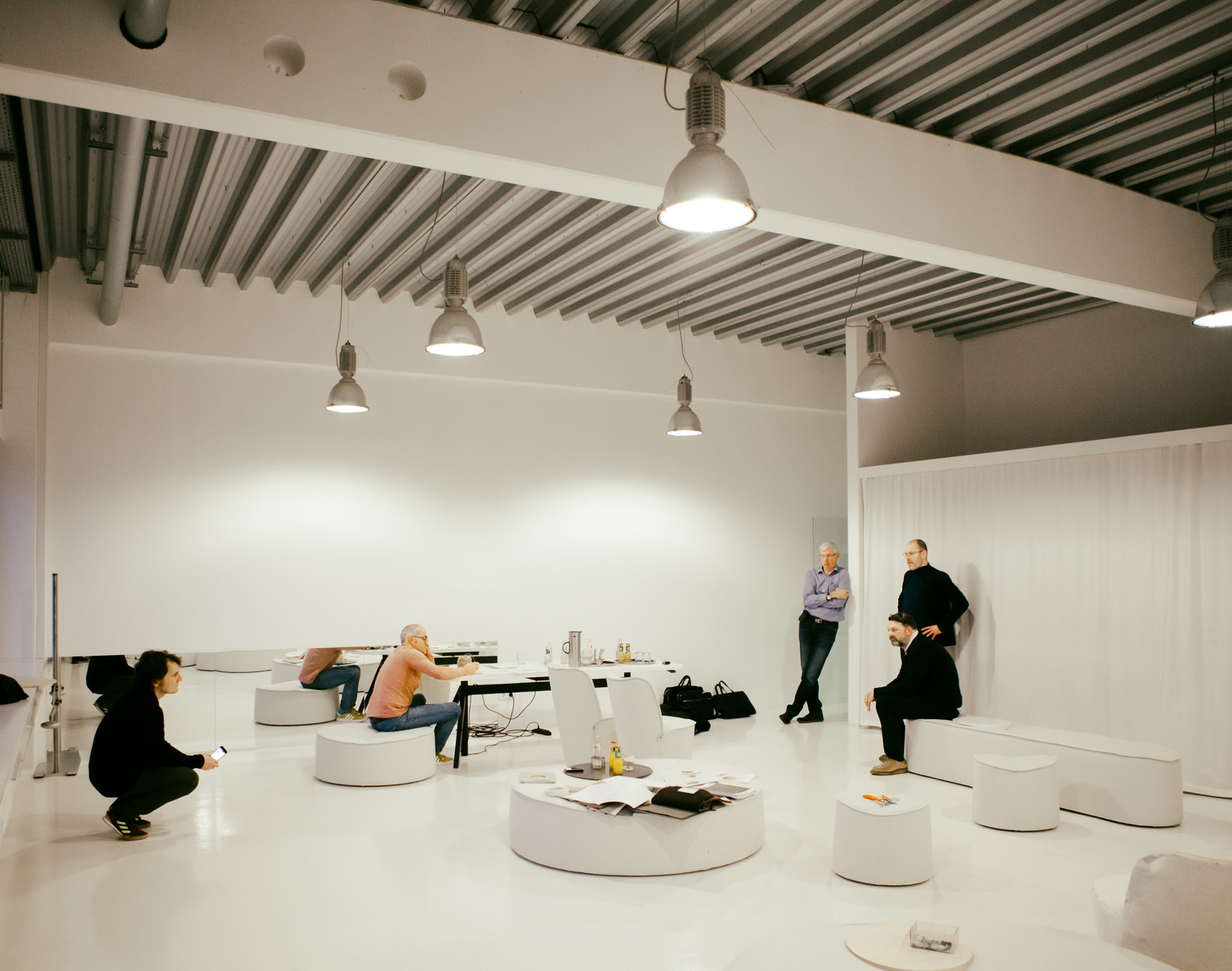 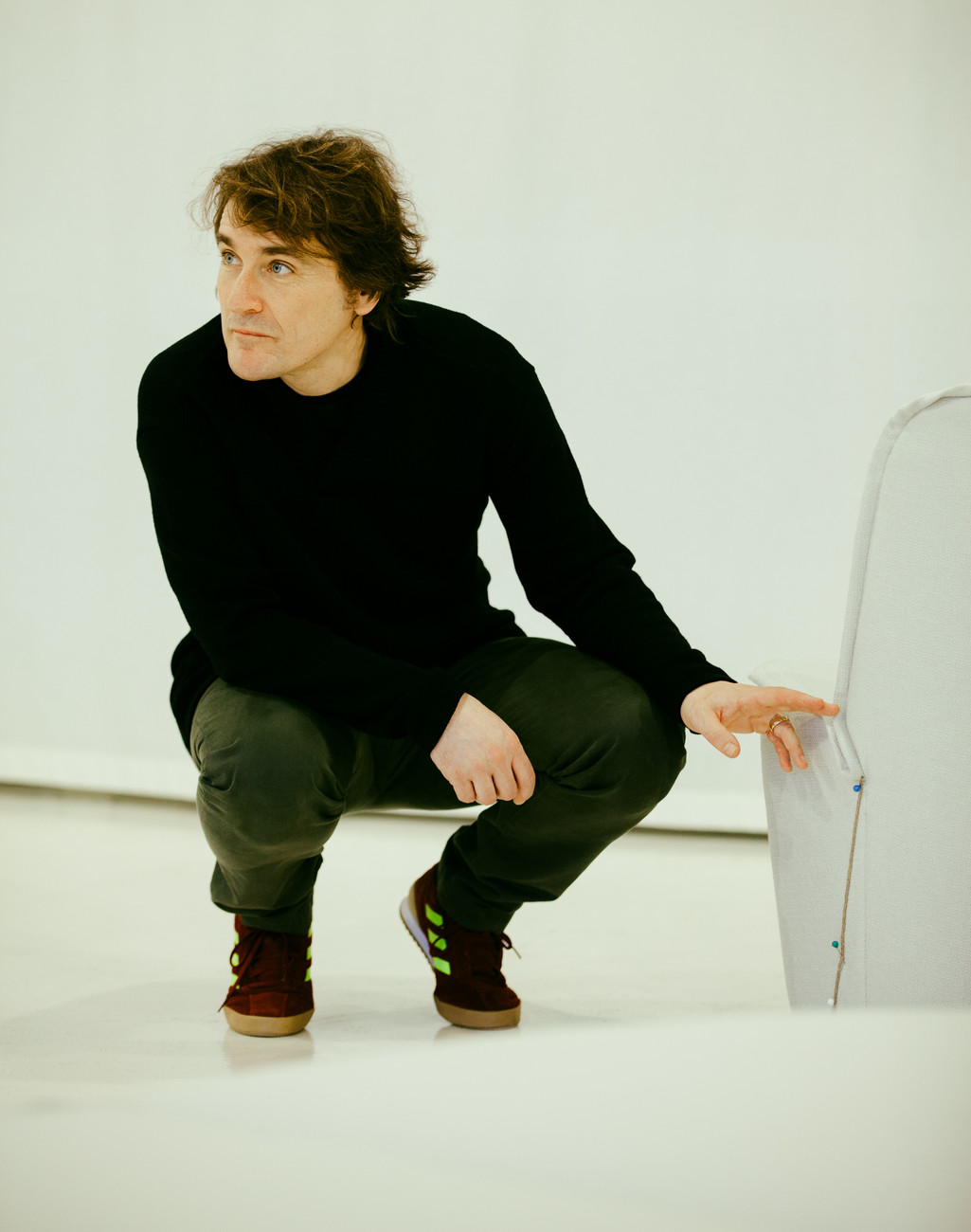 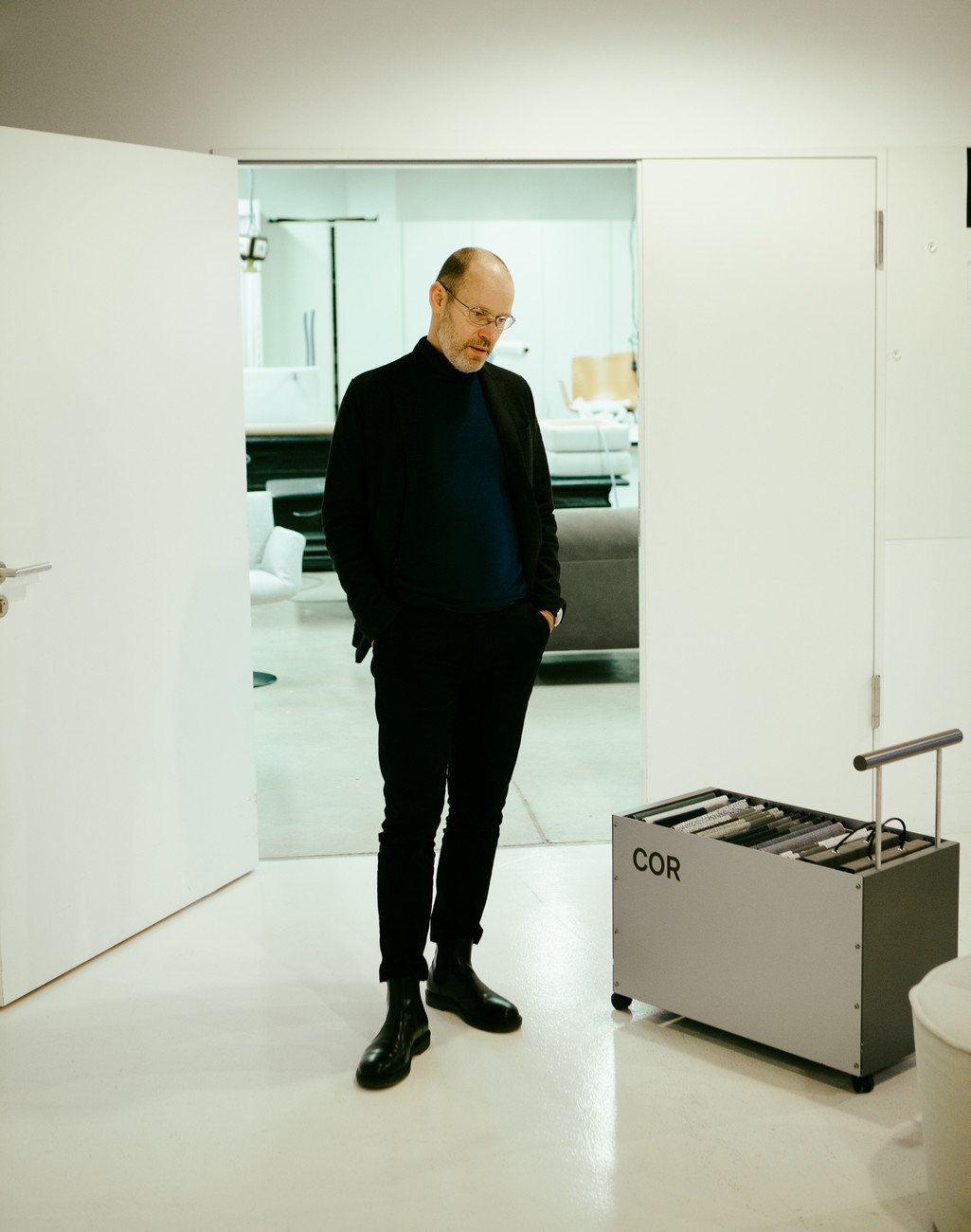 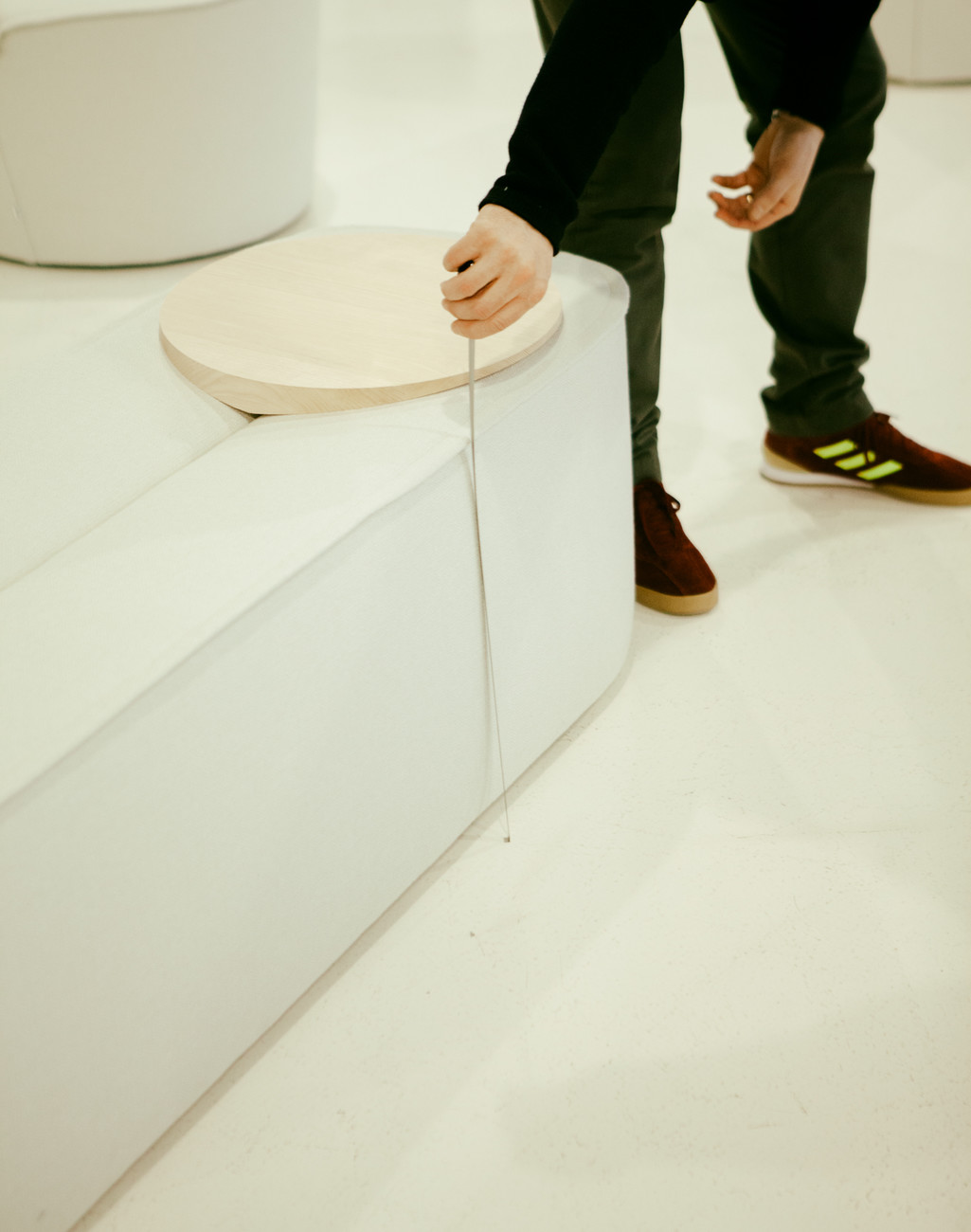 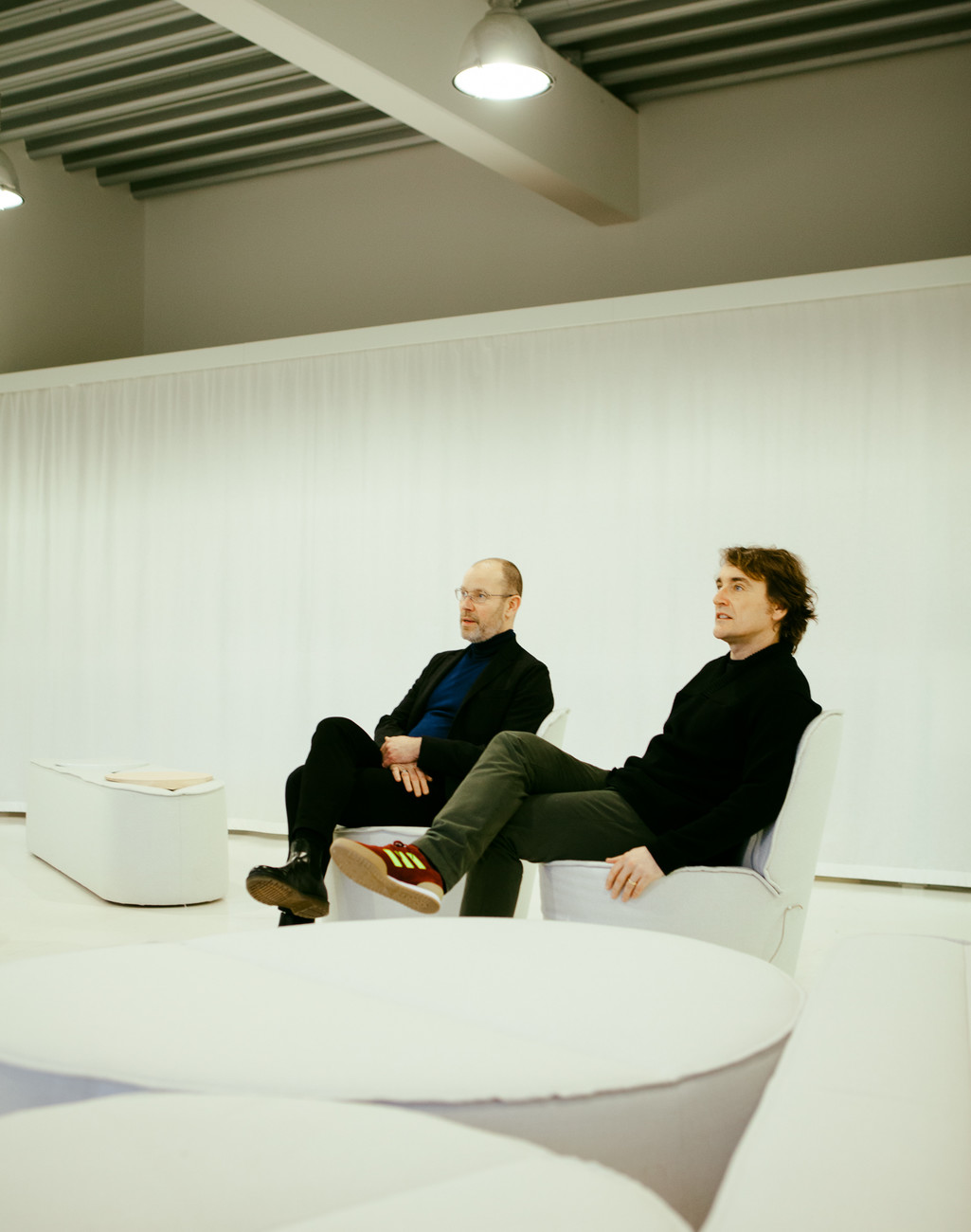 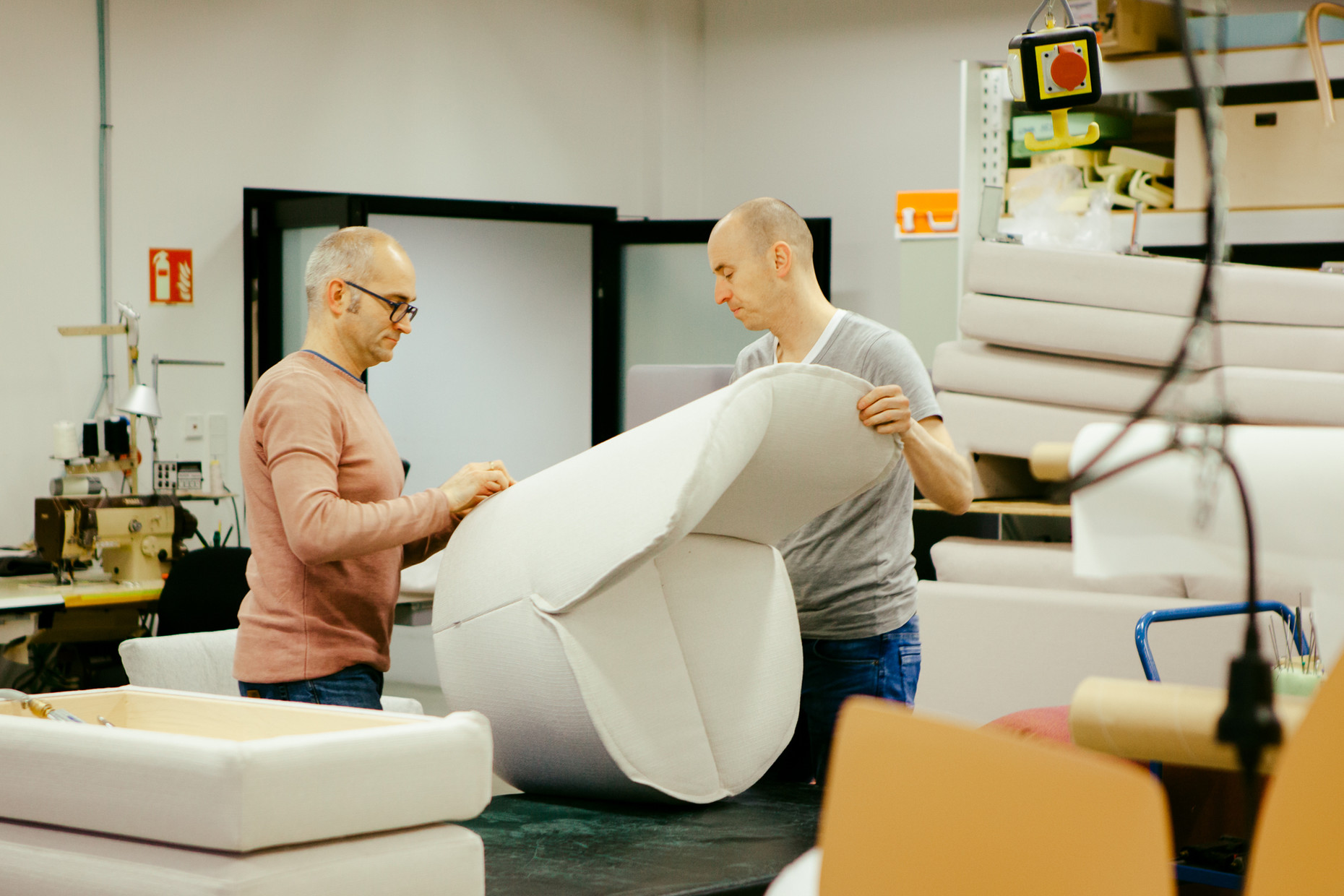 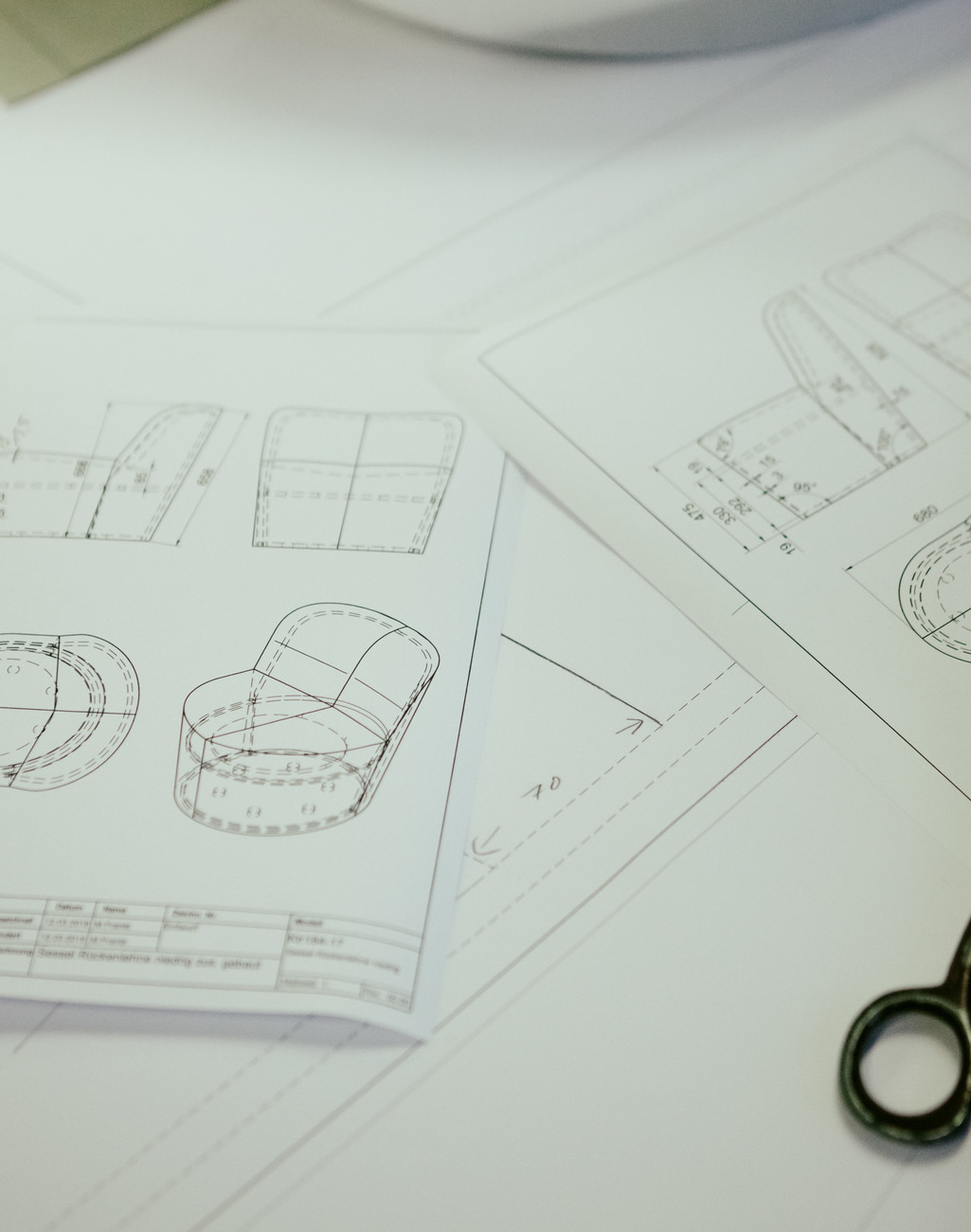 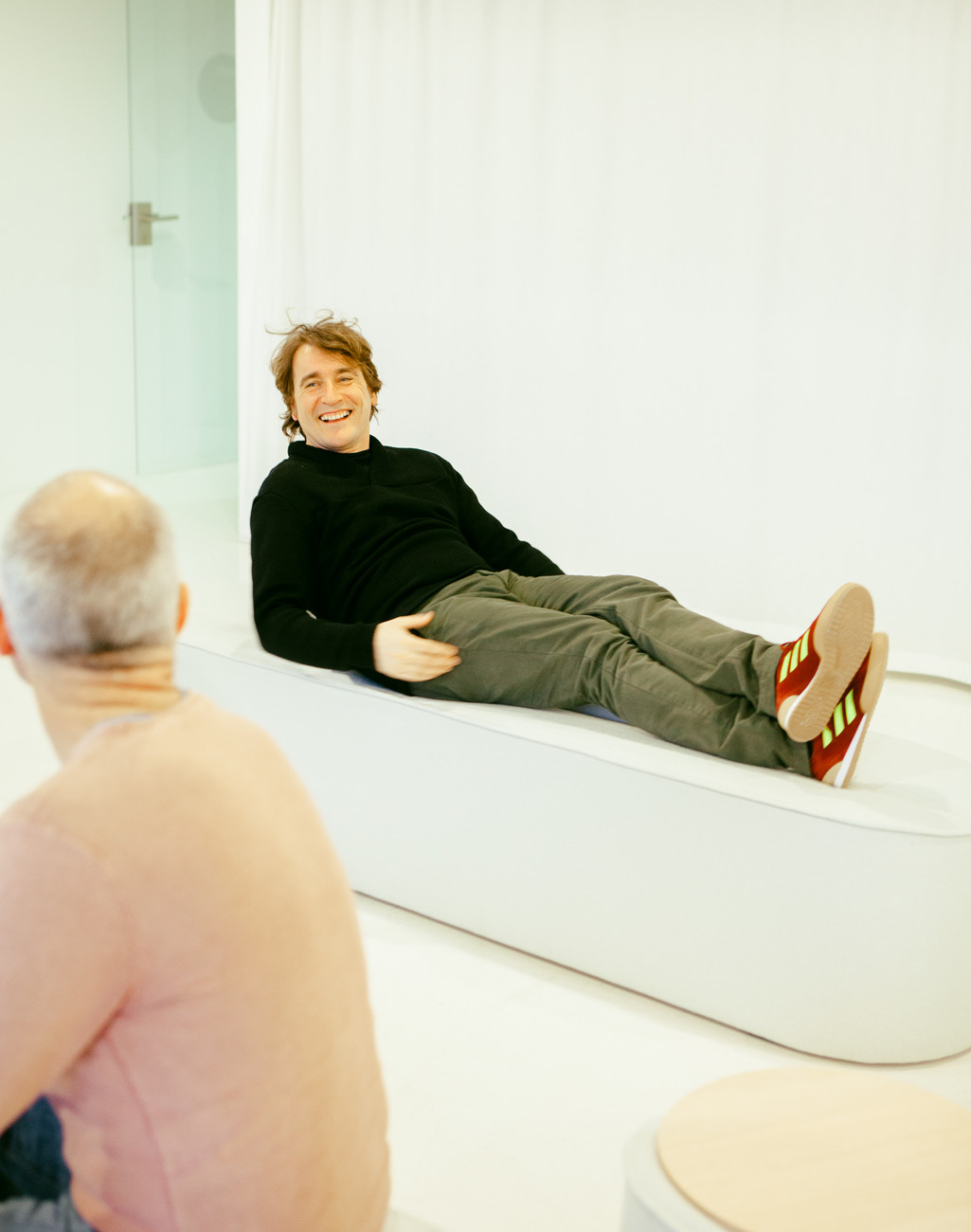 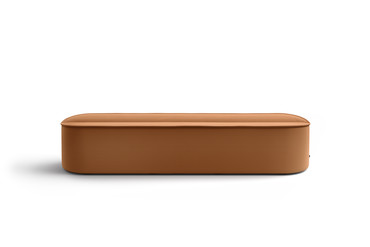 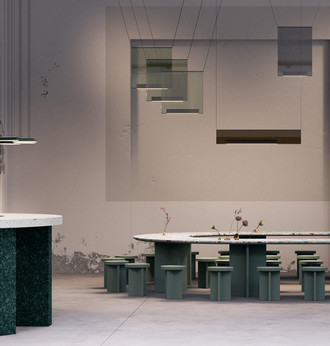 A feast for the senses

Surrounding the Salone del Mobile: these are the highlights of Milan Design Week 2019 you should definitely not miss. 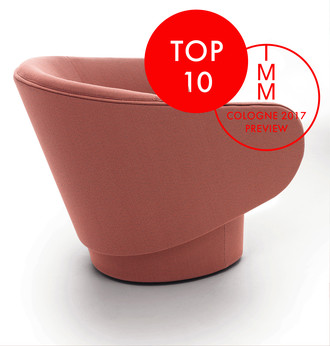