On the occasion of Stockholm Design Week 2018 Foscarini hosted a reception at the Italian Embassy in the Swedish capital.
by Fabian Peters | 3/5/2018

It’s an impressive setting. Even our taxi driver murmurs approvingly when we give him the address. Djurgården – this is where the “über-rich” live, as he says. Prince Carl Philip lives here, as does the Italian ambassador to Sweden, who has resided here since 1926. “Oakhill” is the name of the 40-room palace built by architect Friedrich Boberg between 1907 and 1910 for Prince Wilhelm of Sweden and his new wife, Russian Grand Duchess Maria Pavlovna. After the marriage failed, the Government of Italy purchased the grand building.
It was here that luminaire producer Foscarini hosted a dinner reception on the occasion of Stockholm Design Week 2018. Designer Andrea Anastasio set up a series of light installations in the palace’s stately rooms specially for the event and of course used Foscarini products for the occasion.

We just have to see it, says Anastasio as he welcomes us to “Oakhill,” and first leads our small group straight to the building’s kitchen. As large and high as a small ballroom, an entire army of chefs can prepare state banquets here in playful fashion. In the stately rooms, we can admire magnificent stucco and wood paneling, oil paintings and Louis XV furniture. While the windows offer a grand view of the Stockholm Archipelago and the city lights.
Without a doubt, Anastasio was aware from the very start that he had to respond to the sheer size and furnishings of the rooms in this palace. The concept hinges on his luminaire “Filo,” which Foscarini first launched in 2017 and which has since won numerous awards. With the small luminaire the designer expounds on a Deconstructivist approach to design: He separates the technical components (the long power cord, the small conical shade, the minimalist base) from the decorative elements, namely various colored glass beads that are threaded onto the cable like pearls. Anastasio fosters a direct dialog between this artistic statement and the still lifes in the dining room, not to mention the floral wallpaper in the small salon, which all attest to an entirely different notion of decoration.

In contrast, on the huge dining table he creates sculptural forms using the cables of “Filo,” which render their own contribution to the topic of ornament against the backdrop of ornate gold frames and Venetian chandeliers. The third part of the installation consists of backlit fabric lampshades that show the silhouettes of various Foscarini classics. “Spokes,” “Twiggy,” “Tuareg” – in this way they are present as lights without being here physically. Other luminaires, such as the “Tress,” are positioned directly in the rooms and the spacious stairwell.
The magic of the location and the lighting mood was doubtless sufficient to entrance all the guests on the day, or rather evening. They were offered a glimpse of a world otherwise reserved for top diplomats and monarchs. As for us, we grab a cab and return to the Stockholm of the ordinary folk. It is unlikely there’ll be a second occasion to witness such splendor. But who knows what Foscarini is planning for Stockholm Design Week next year… 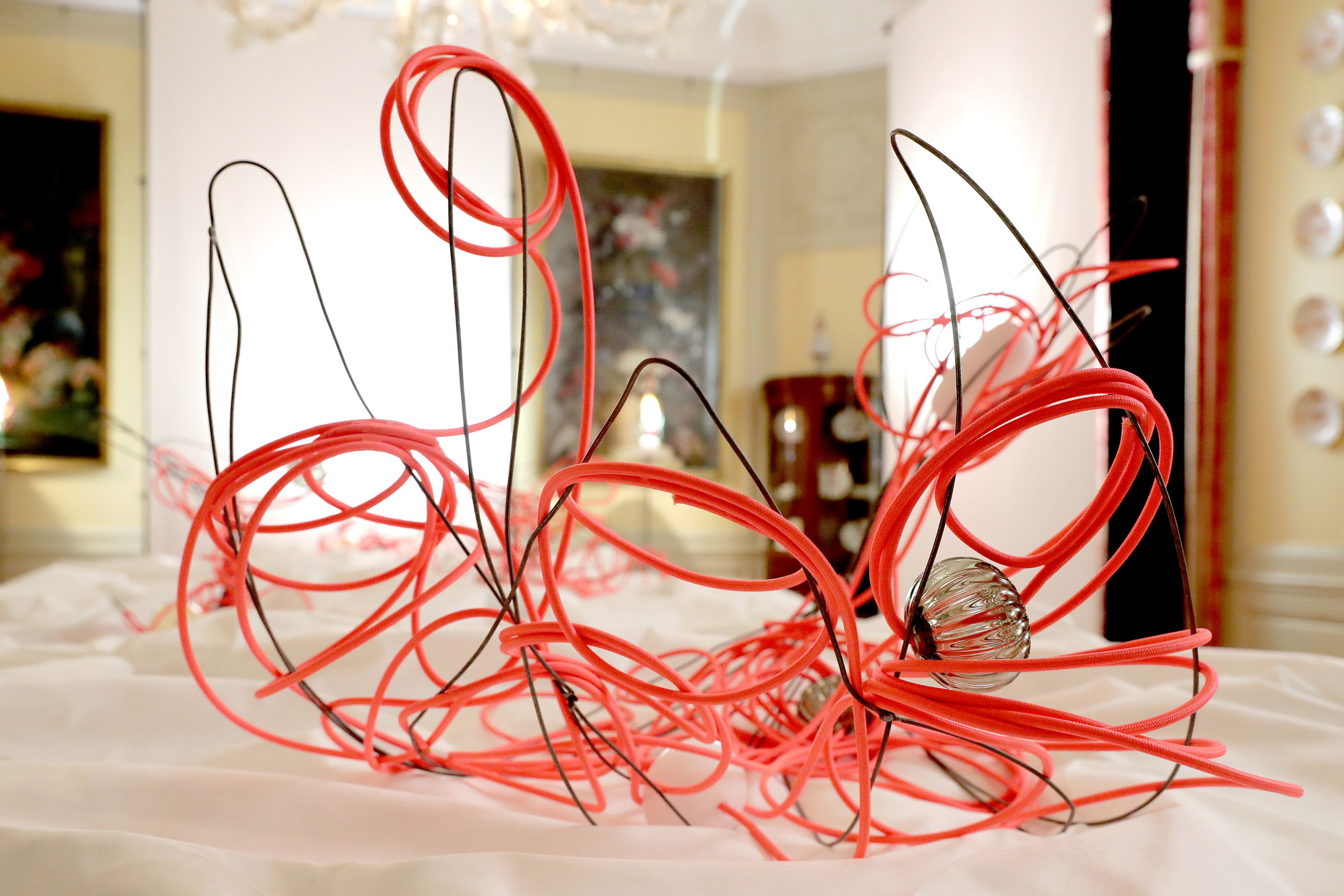 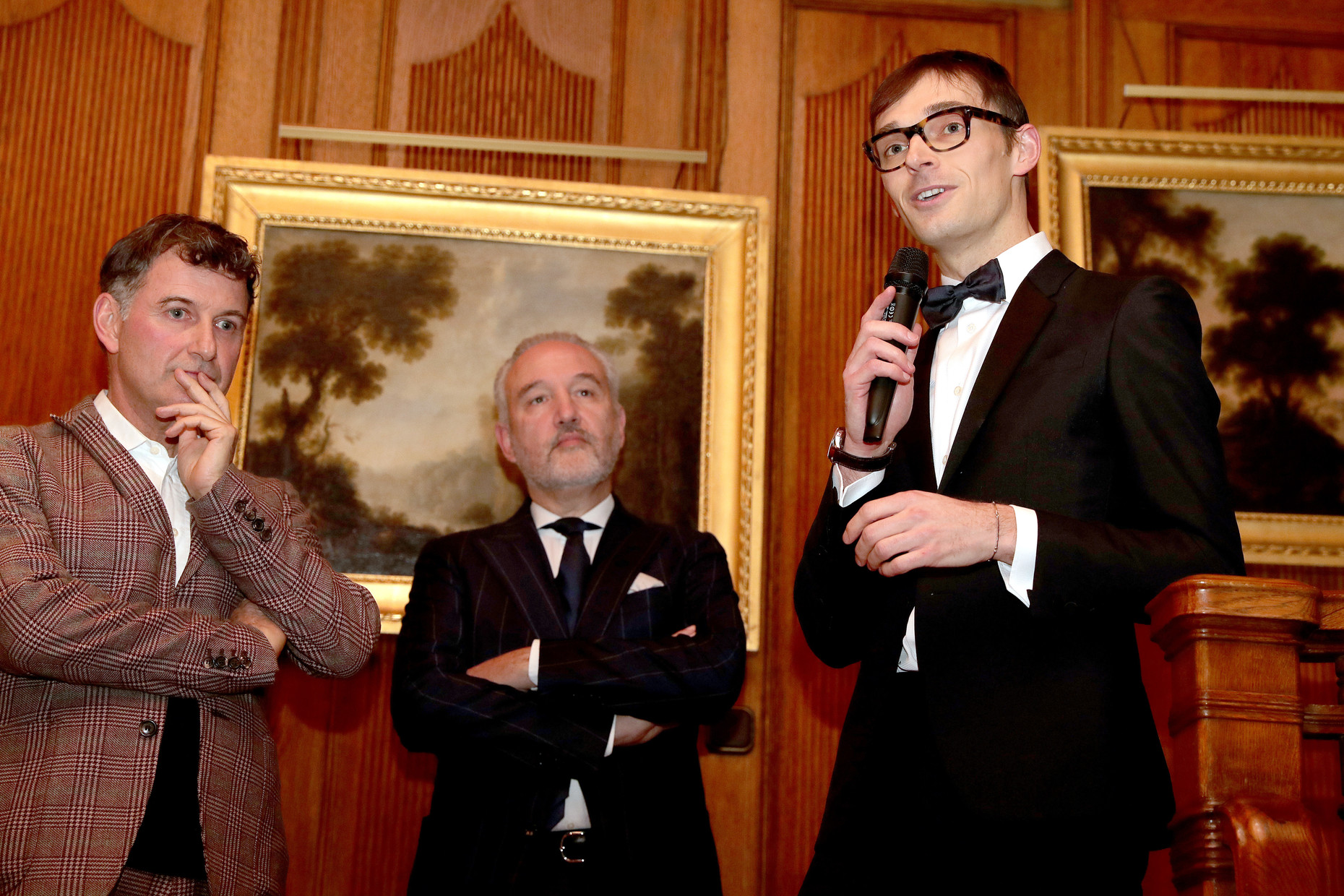 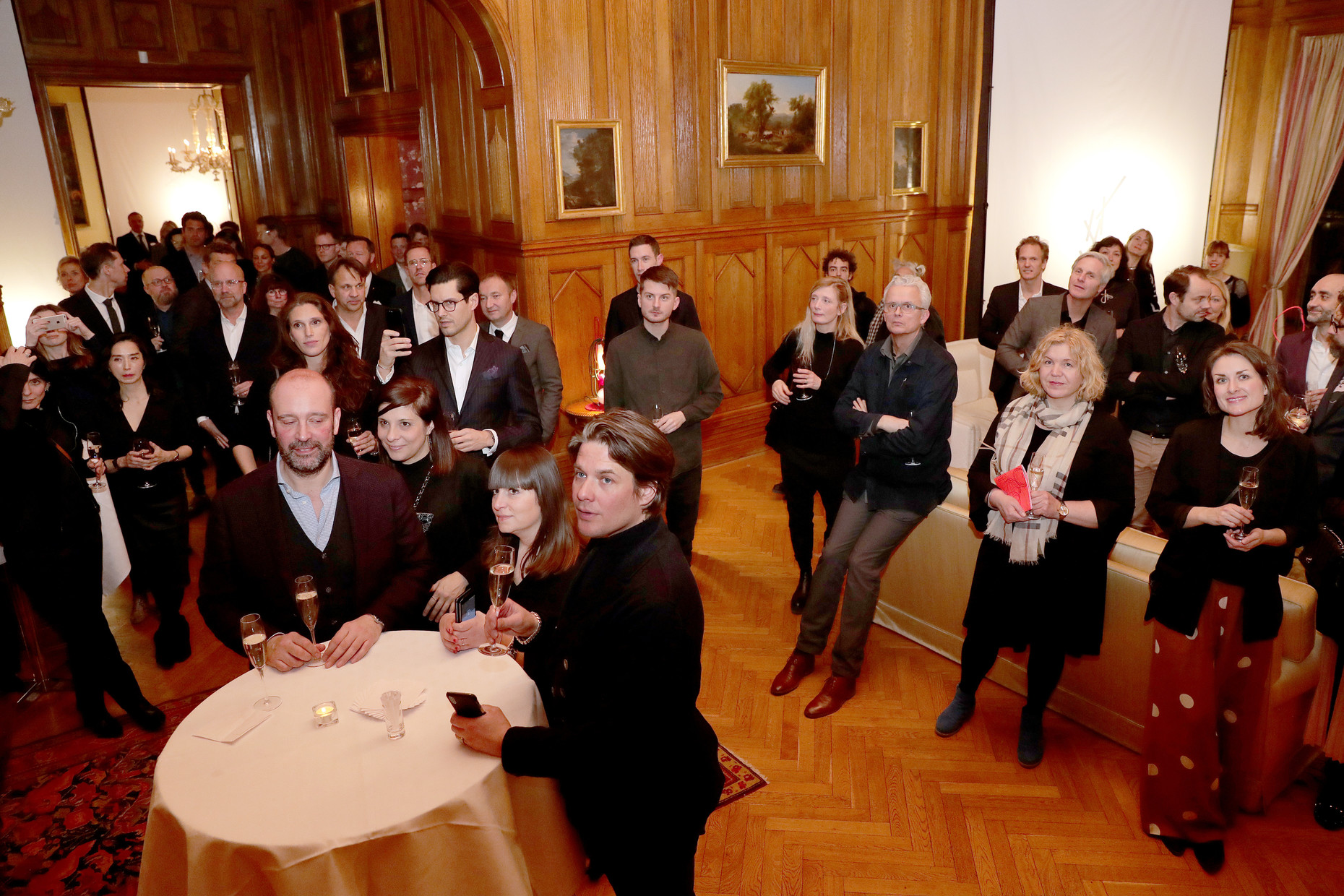 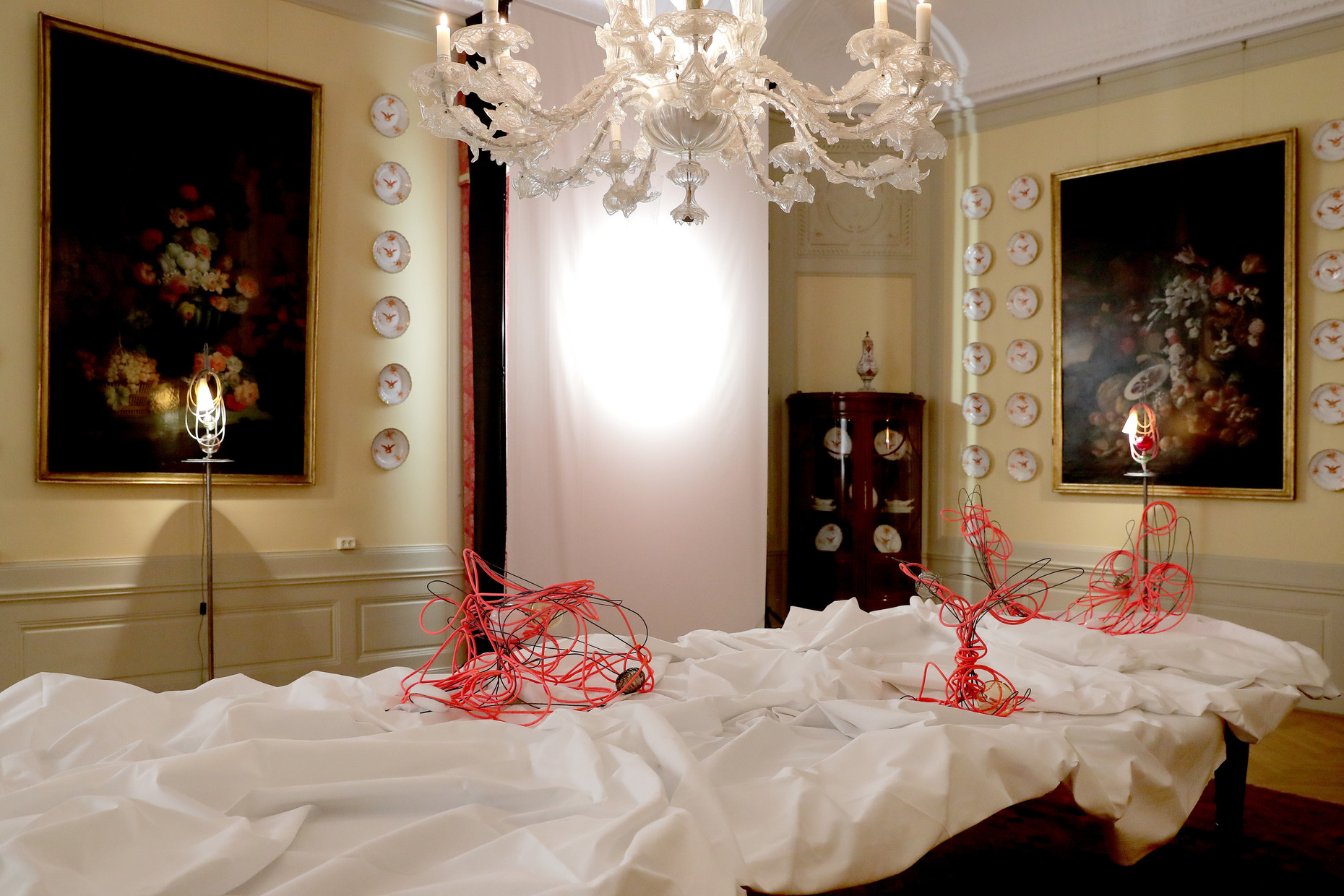 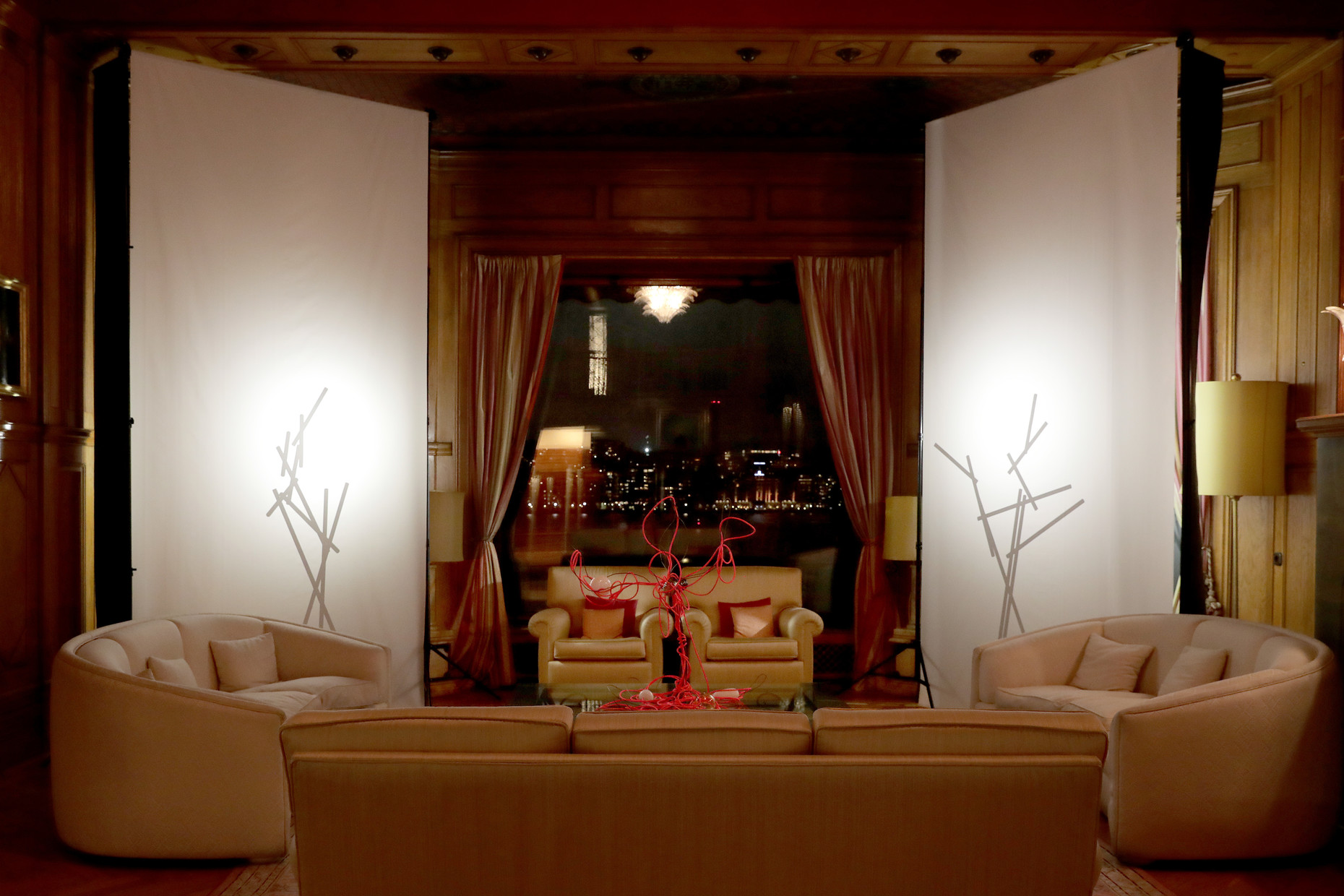 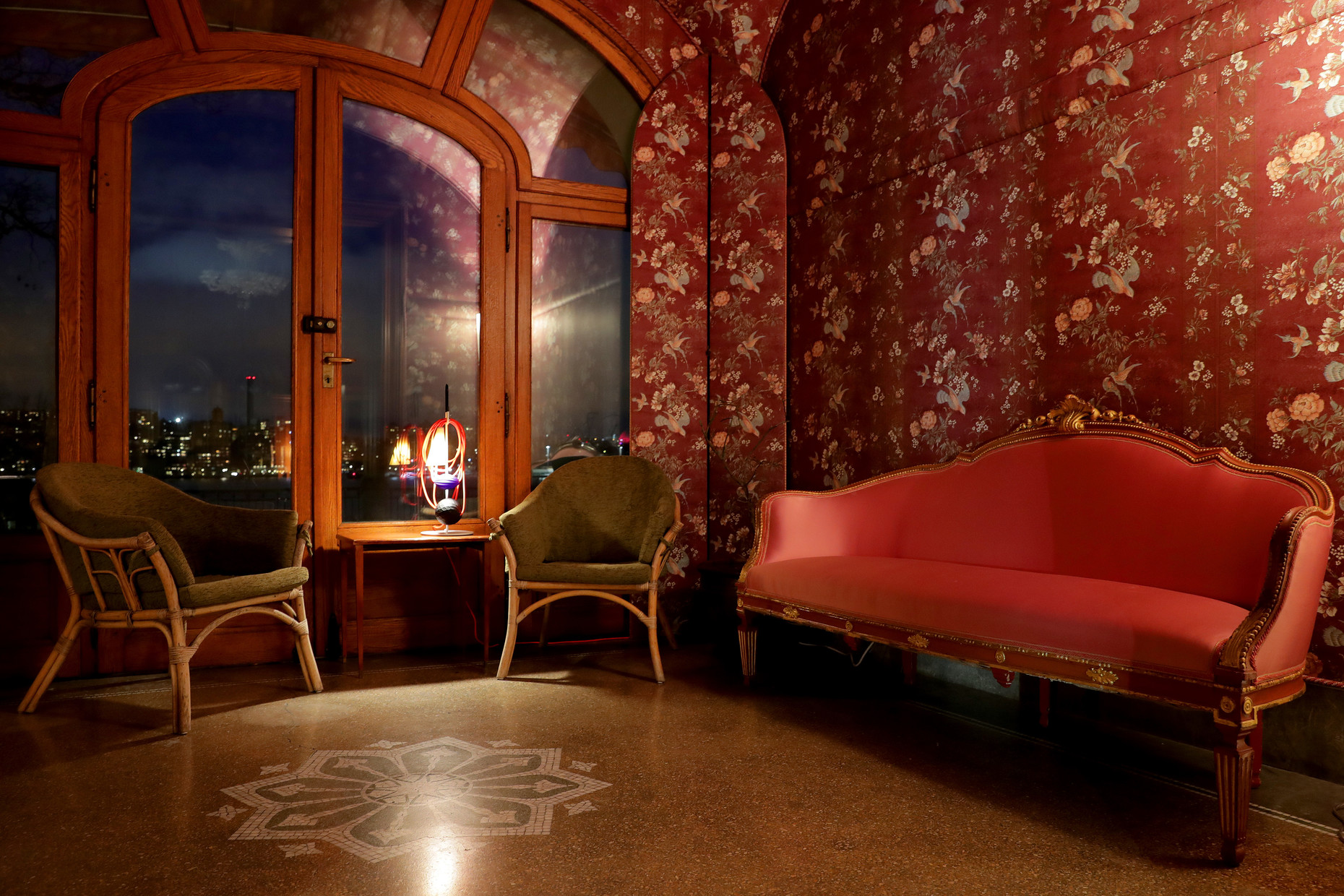 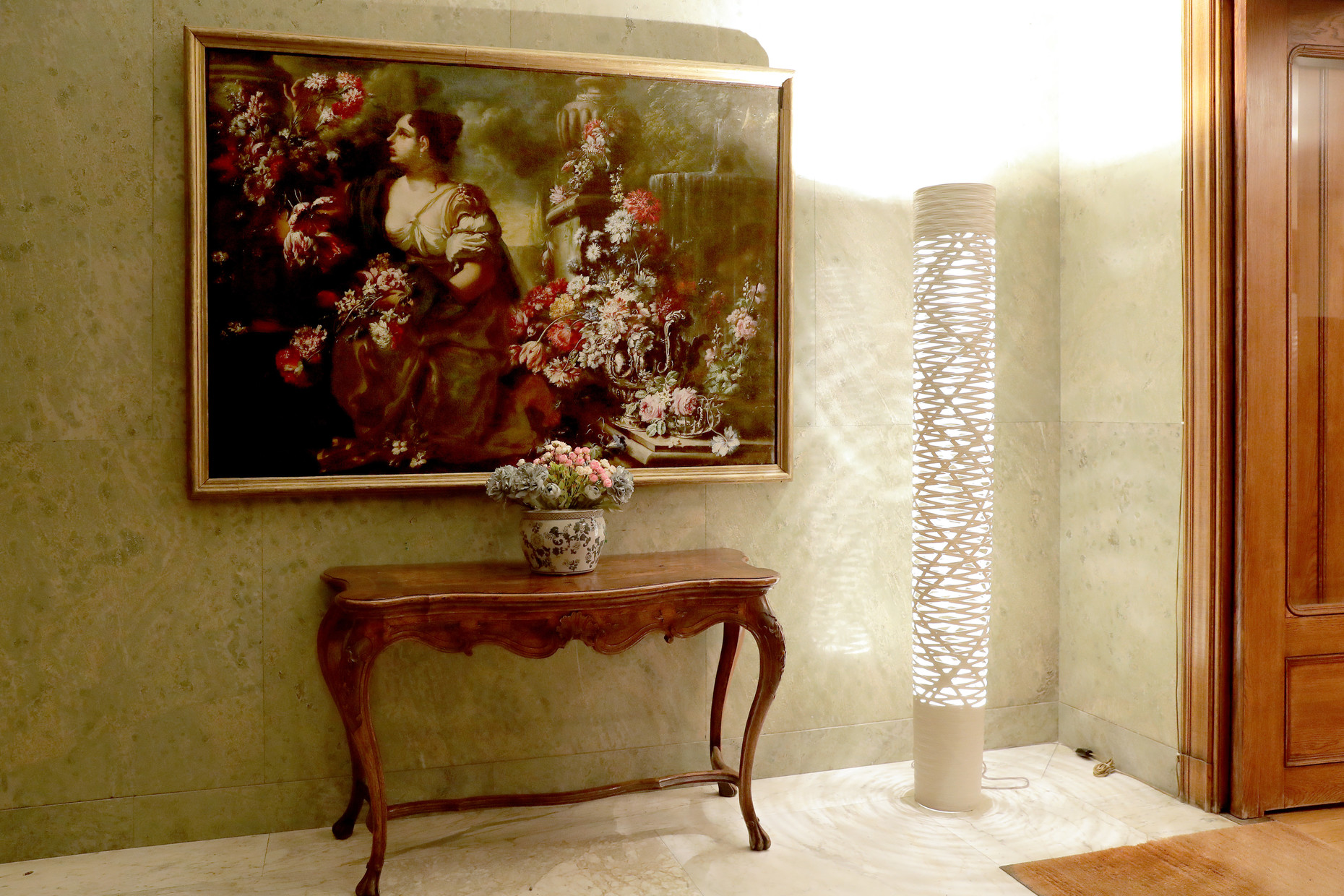 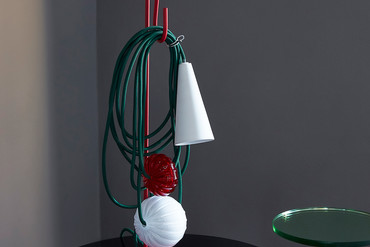 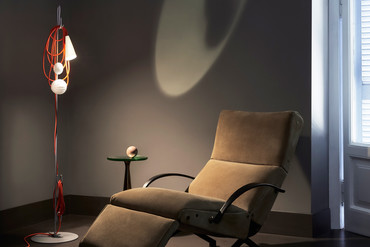 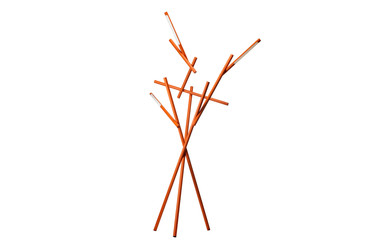 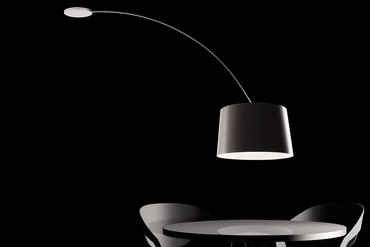 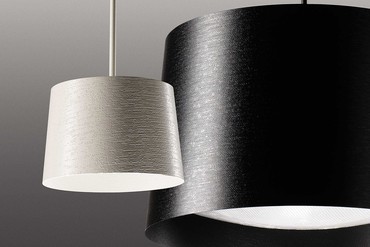 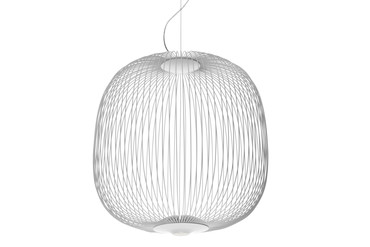 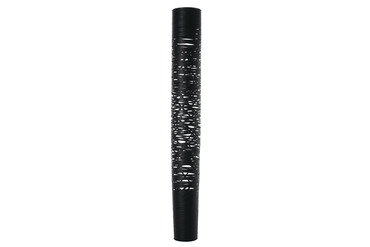 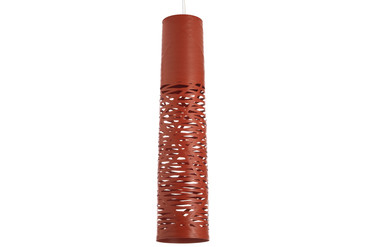 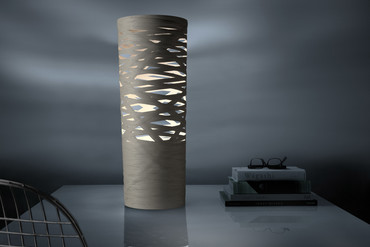 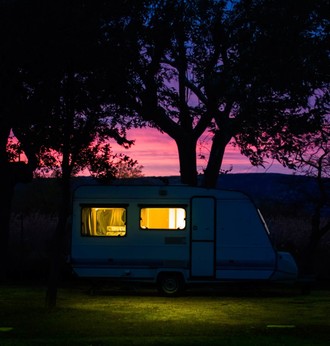 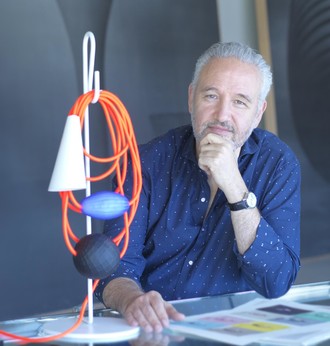 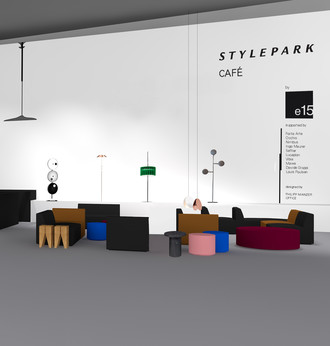 The design rendezvous at Light + Building 2018