Nemo was founded together with Cassina. In two steps the luminaire brand​ was then acquired by entrepreneur Federico Palazzari. In conversation with Thomas Edelmann he talks about proven approaches and pragmatic experiments.
4/24/2017

Thomas Edelmann: How does a lawyer end up owning a renowned lighting company?

Federico Palazzari: I come from a family of lawyers on my father’s side that is, whereas on my mother’s side were antiques dealers. As a young lawyer I was more or less satisfied with things, but never really happy with my work, without really being aware of the fact. Presumably my mother’s essentially eclectic approach is what gave me the thirst to discover new fields. After graduating I worked for a law office that counseled Artemide. So it was that one day at a meeting I came across Ernesto Gismondi, the company’s founder. Today we’re good friends. After a while he said to me in the course of the meeting: “Federico, you can only do one or the other. Either you handle the contracts or the catalog, the company’s products. You’ve got to make a choice!” It was a key moment for me. I hardly knew anything about luminaires at the time. But the passion grew in me.

Federico Palazzari: For a few years I was a lawyer who was interested in light. And today here I am exhibiting at the Euroluce. When an architect friend of mine founded a small lighting company in 2001 he asked me to participate. Since then, we’ve achieved quite a bit and Nemo can measure up to the best in the industry.

Your company Omikron Design mainly manufactures lighting systems for shop interiors, but also luminaires for homes, such as Vico Magistretti …

Federico Palazzari: Together with Omikron in 2012 I acquired Nemo. Since then I have wedded the two brands. It was a milestone in the firm’s history.

Federico Palazzari: Between 50 and 60, most of them in Italy. We have a subsidiary in France. Our latest acquisition is a company in New Jersey in the States that used to distribute our products. It’s still a small company. Last year, total sales were around ER 15 million. This is the result of constant growth of 30 percent over the last three years.

Are you happy today?

Federico Palazzari: I’m more happy than I was. The figures are only the one side. It’s fun working for a company that is gaining such an aura. And that is closely bound up with outs new products.

So today you have to do both again, handle the contracts and the portfolio?

Federico Palazzari: Yes, to a certain extent, although I’m supported by people who do either the one or the other.

The lighting industry has changed a lot in recent years. That is first and foremost the result of the new LED lighting technology.

Federico Palazzari: Yes that’s something we had to learn to handle. And we first learned how to appropriately do that with the introduction of new technologies. Sometimes I am amazed at how little humanity bothered for so long about the importance of light. We were far too light aware that light is composed of colors. Only over the last ten years has an understanding of this grown. How cold or warm light impact is something we now know how to use meaningfully. In the past, people possibly notices that they did not feel good in a specific form of light but did not grasp why this was. That in itself is a revolutionary change that was driven by LEDs. For the LED prompted everyone to concern themselves more closely with light.

Back to Nemo for a moment and how it arose: In 1993 it was founded by businessman Franco Cassina and architect Carlo Forcolini. What were the founders’ intentions and how have things changed since you took it over?

Federico Palazzari: Franco Cassina wanted to establish an outstanding lighting company to supplement the Cassina furniture brand. In the early 1990s, there were already some such firms in Italy: Artemide, Arteluce, Flos, and Fontana Arte were already big players, with Luceplan a few years younger. Nemo was part of the Cassina Group until I acquired it –at the end of 2012 I initially bought a majority stake. When Cassina was bought out in 2014 by the US company Haworth I decided to acquire the minority shareholding, too, which until then Cassina had retained. We still have a fantastic relationship with Cassina. Light is something to which I devote all my work. We do not look for products that sell especially easily. Our goal is to create milestones. If you work that way, they not only the successful projects pay off, but mistakes also have a big impact on things.

Federico Palazzari: I hesitated for too long before buying up our US distributor. As a result, we lost two years in the crucial US market. That was my mistake and mine alone. Another one was waiting too long to include a real lighting expert in the development team. Both mistakes have since been rectified, but it was a painful learning curve.

As early as the 1960s, Cassina discovered the significance of design history and re-issued furniture by renowned architects and designers in its “i Maestri” series. Nemo has followed this cue since 2008, initially with designs by Franco Albini and Franca Helg, and since then with a whole series of luminaires by Le Corbusier and Charlotte Perriand. Why is lighting history so important?

Federico Palazzari: We call it the Master collection. If you look around our trade-fair booth then you’ll notice that we make no special distinction. Because however important the design heritage may be for us, it is equally important that we develop coherent products from it today.

Which is not always easy, as Le Corbusier’s “Borne Béton” luminaire, for example, was originally not intended for mass production but a 3D object intended to be an element of his architecture.

Federico Palazzari: That’s right. You have to do a lot of research to realize something like that. At the same time, it sends the market a strong message if you issue such an icon as a mass product. What influence we thus have can be seen from Flos...

Federico Palazzari: … no, they were simply strongly inspired. But I’m proud we are being successful with our target of blazing the trail and then also following that path. At the same time, we seek with our ideas to lead the way. We will always remain a medium-sized company. Performing our work well is something that fills the team and myself with pride. We are small enough to try things out, such as the new luminaires by Martino Gamper that define a niche in the wall.

But as regards inspiration, the original is always important: Kanye West said that Le Corbusier’s concrete luminaire inspired him for some of his albums. Historical design has thus spawned music and by extension popular culture …

Federico Palazzari: We have a great relationship with Kanye West. He has not only purchased a few antique items, he truly lives with our luminaires.

You have also taken the stage as a designer …

Federico Palazzari: … my “Ellisse” luminaire was more of an accident. I was interested in that industrially produced elliptical shape, I was looking for a technique that allowed it to be made without any mechanical distortion. I had a clear idea and then decided to create the design for the product myself. That was all it was.

Do you invites designers to present their ideas to you?

Federico Palazzari: I’m very restrained and cautious in this regard. I do not believe that design firms embody something like a democratic world. In the final instance you need someone who is willing to make the decision and stand up and be counted. Then I bring in my colleagues and they do their bit. We like the search for the new. Among other things, because there are no given rules, but infinite possibilities for finding charismatic ideas.

Which of your new products are closest to your heart?

Federico Palazzari: The collaboration with Jean-Marie Massaud is really moving us forward. He is very conscientious and professional. As a team player he helps industry to become even better. That’s very, very unusual. 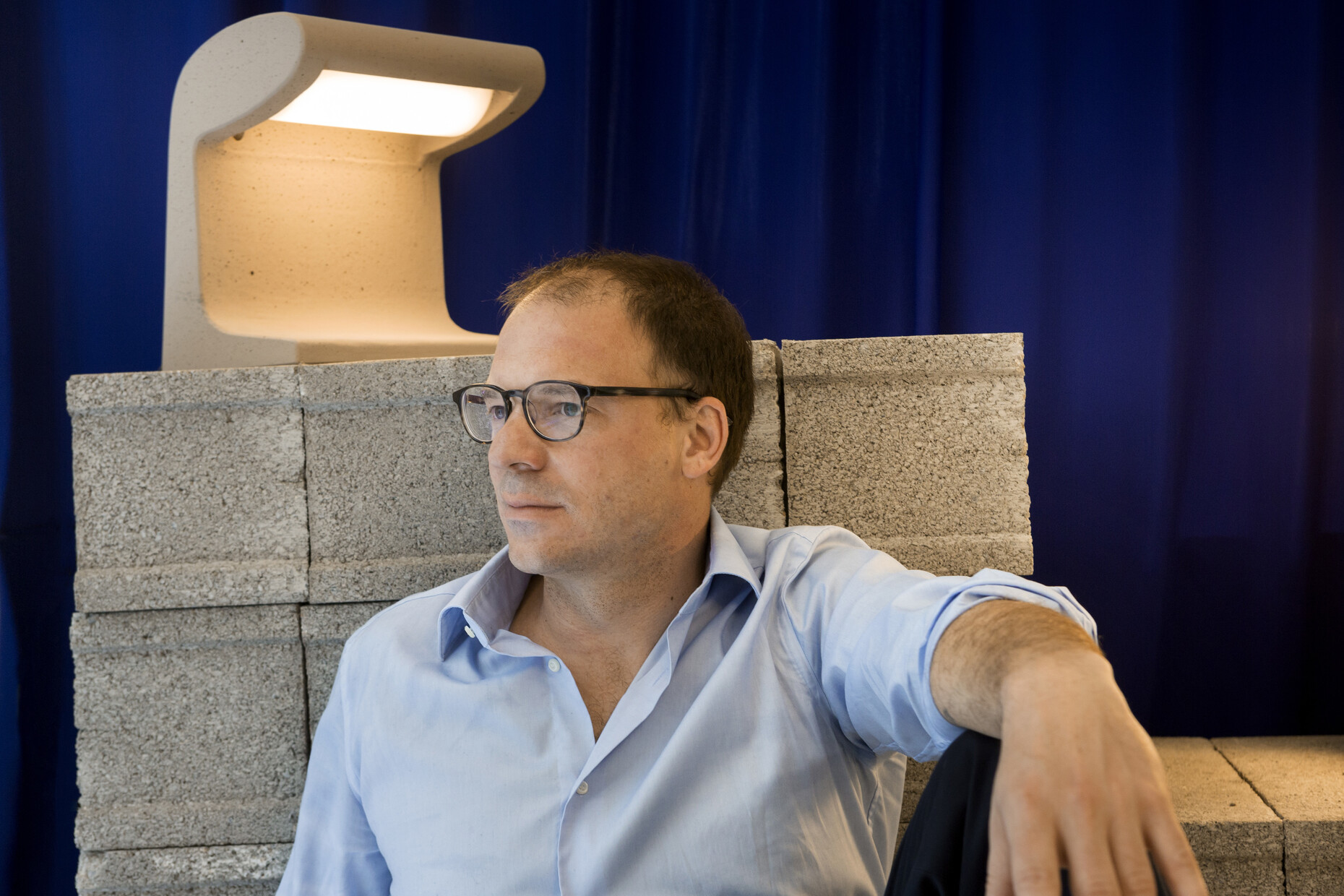 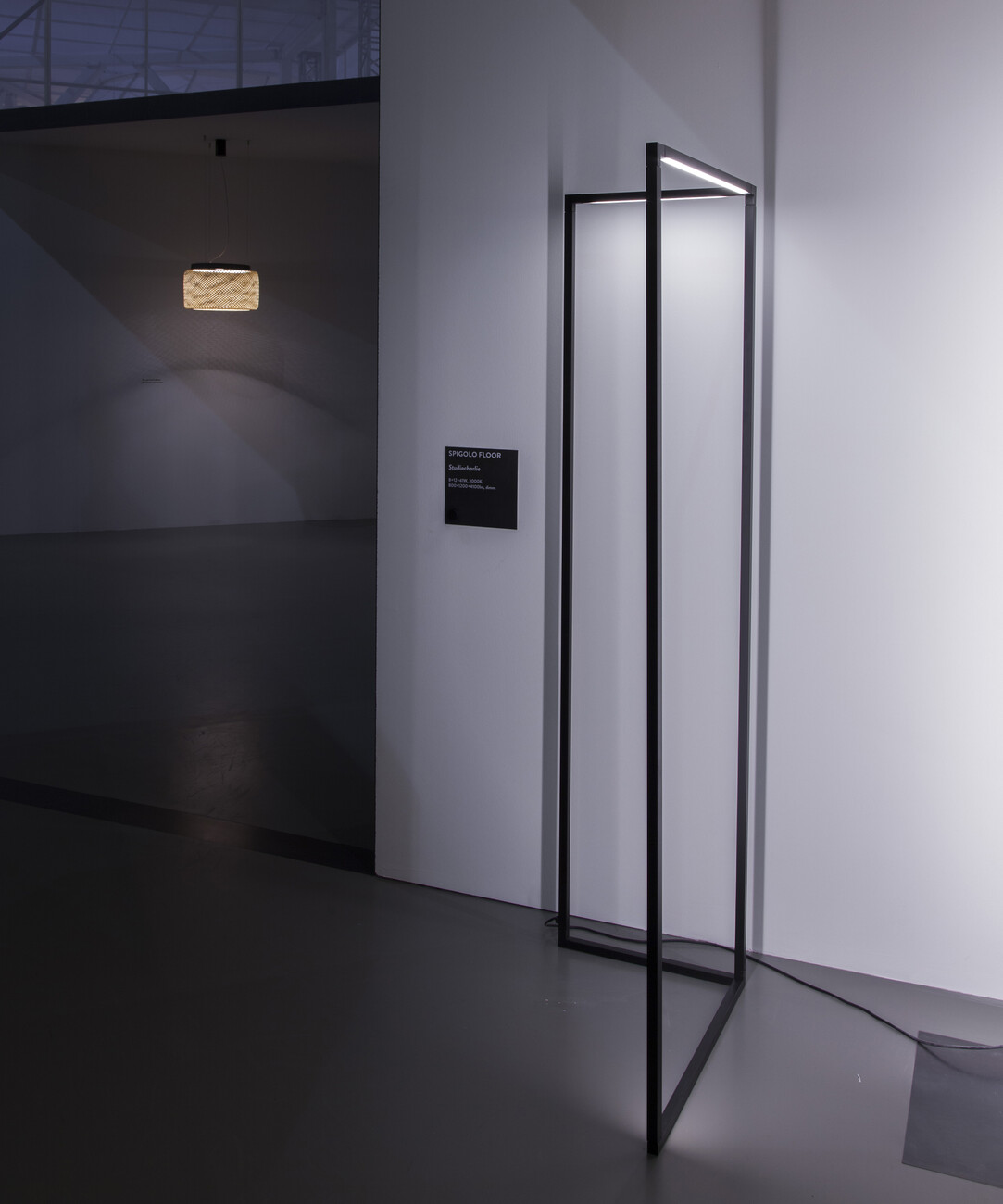 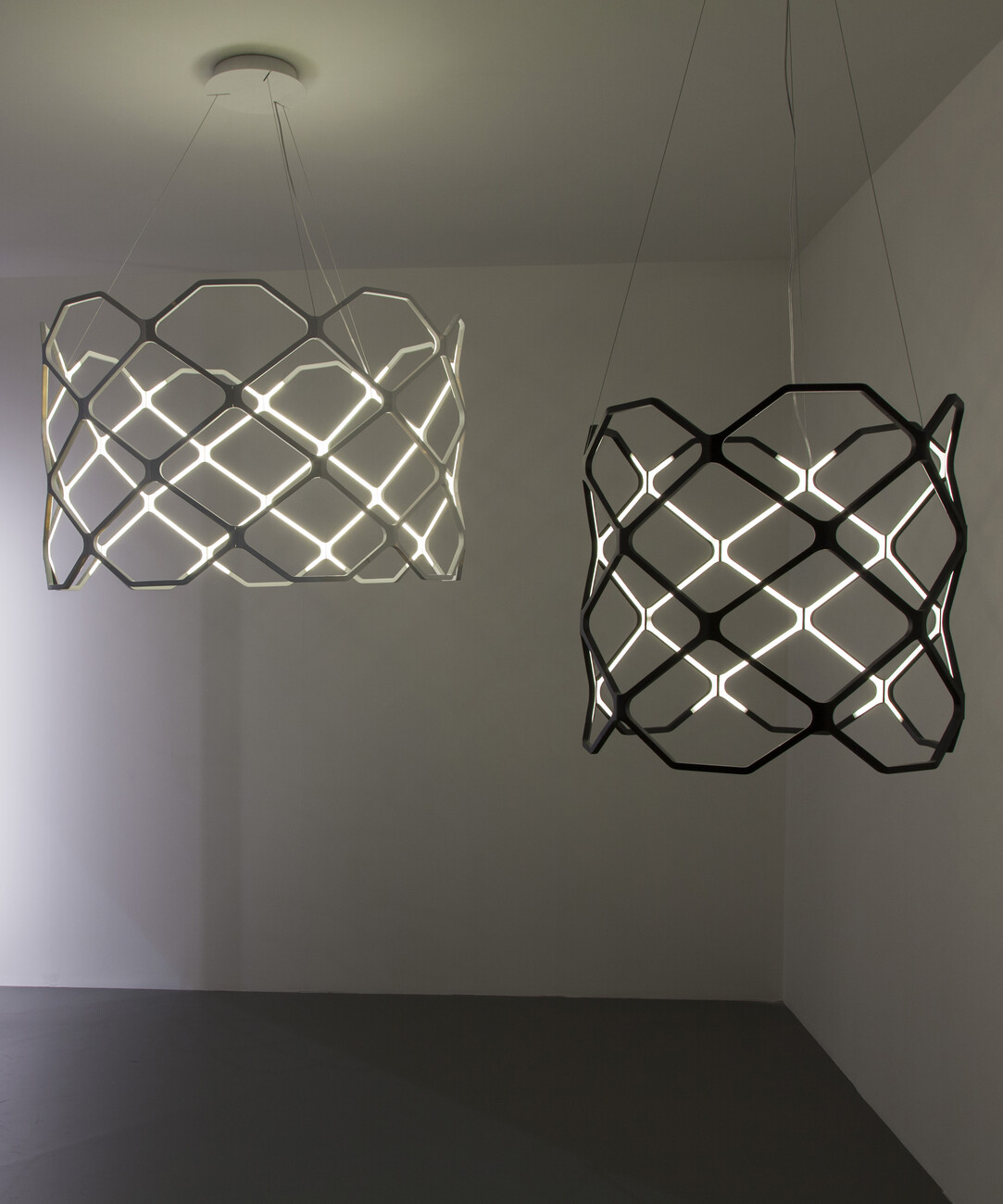 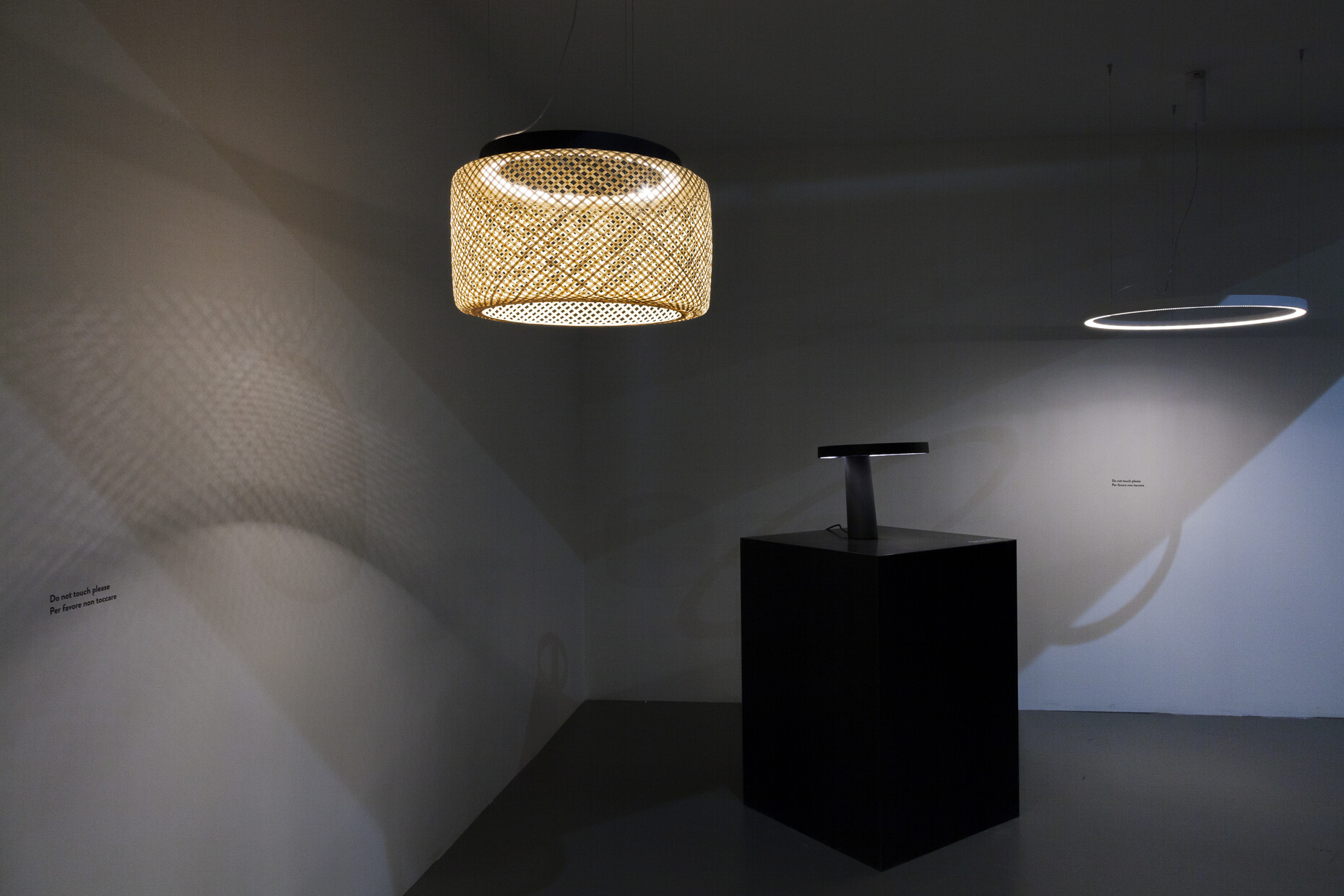 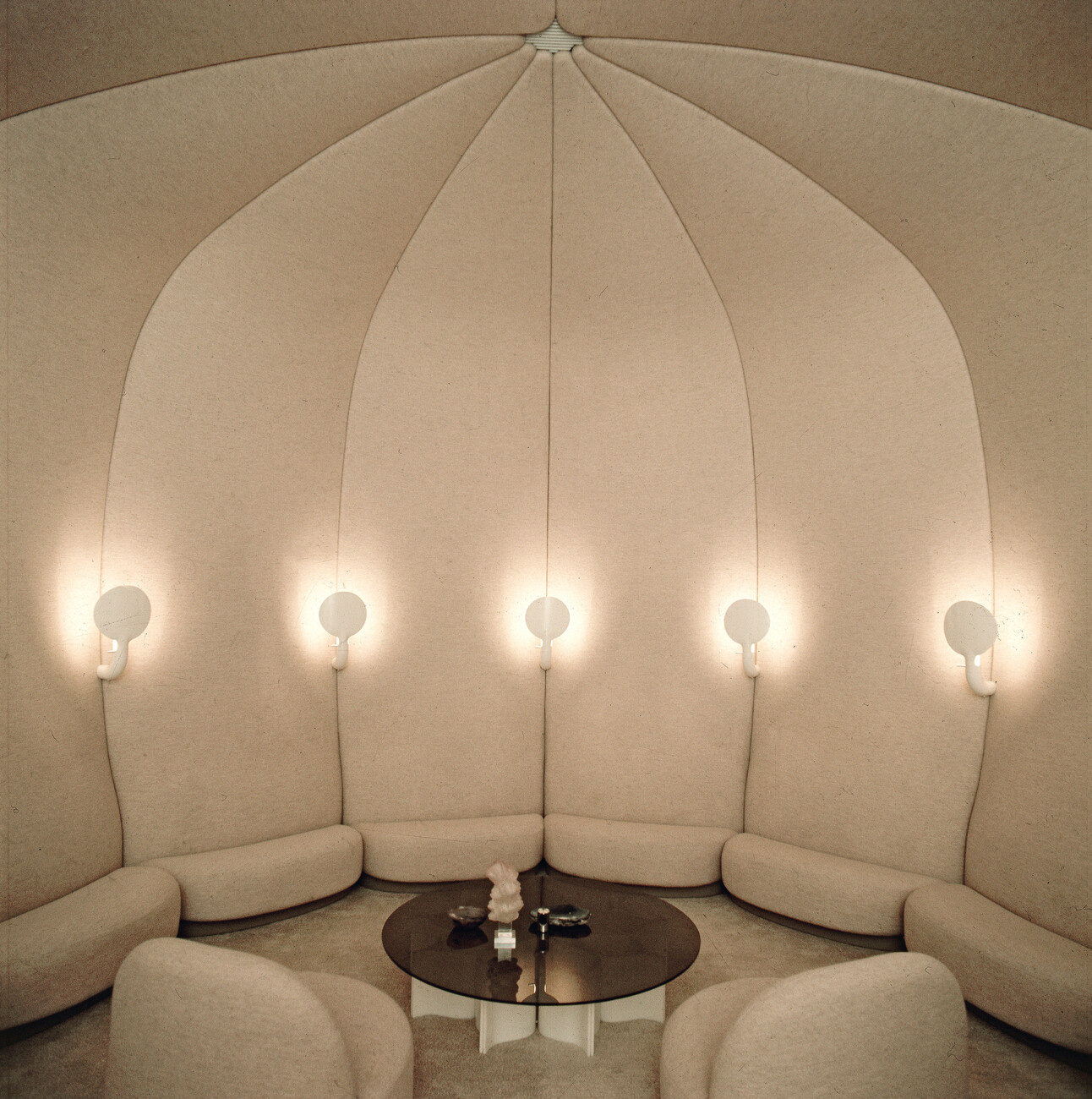 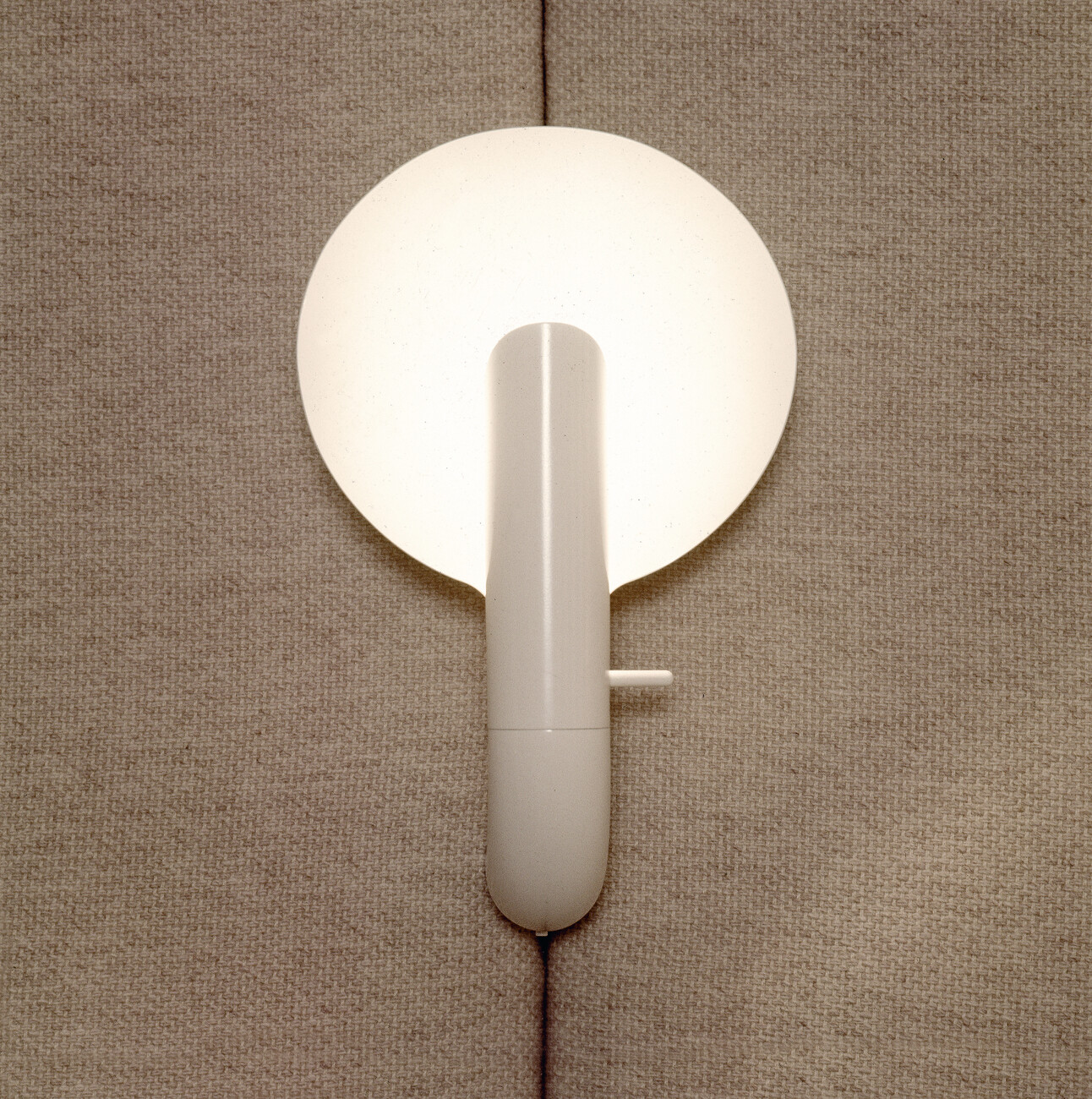 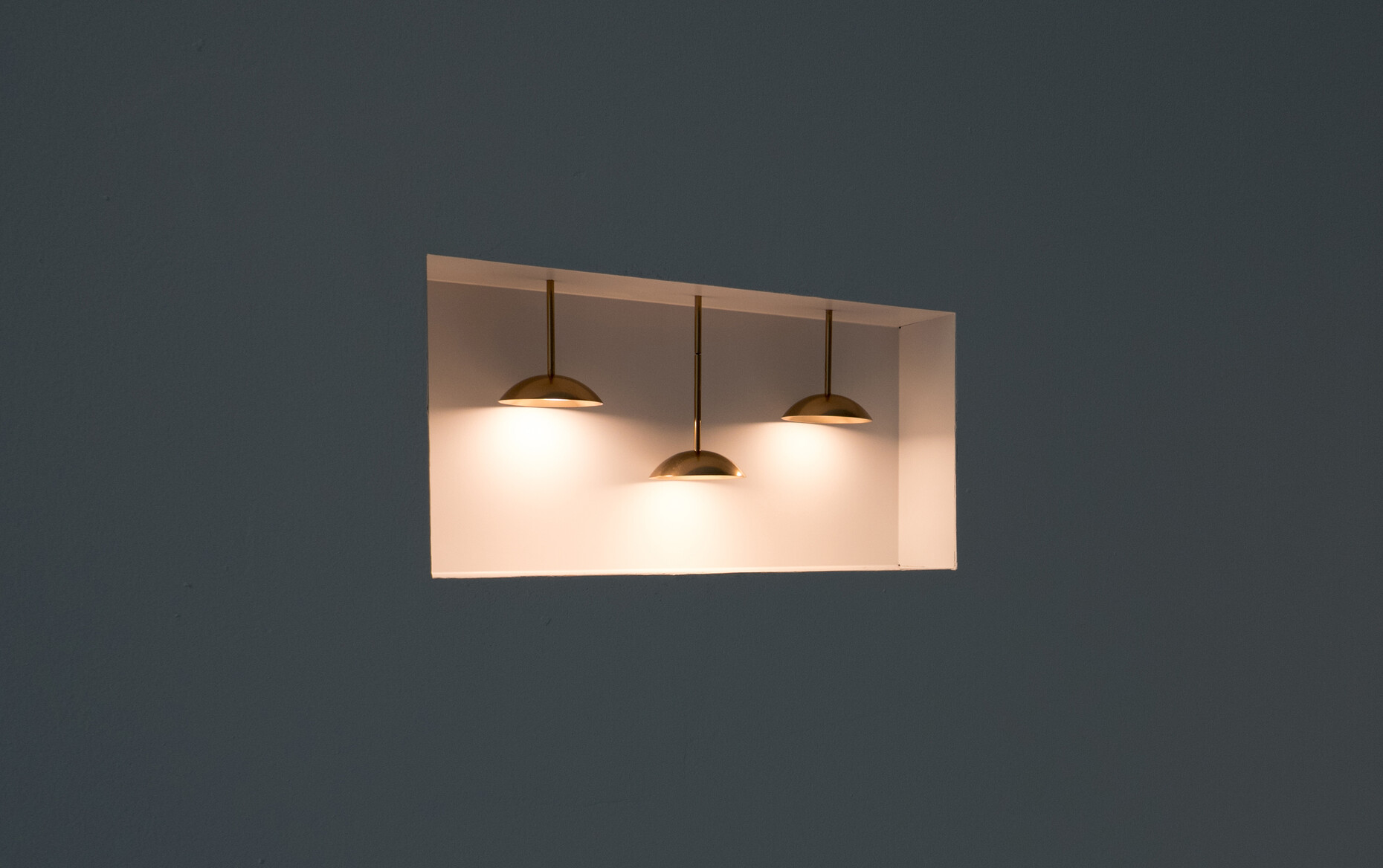 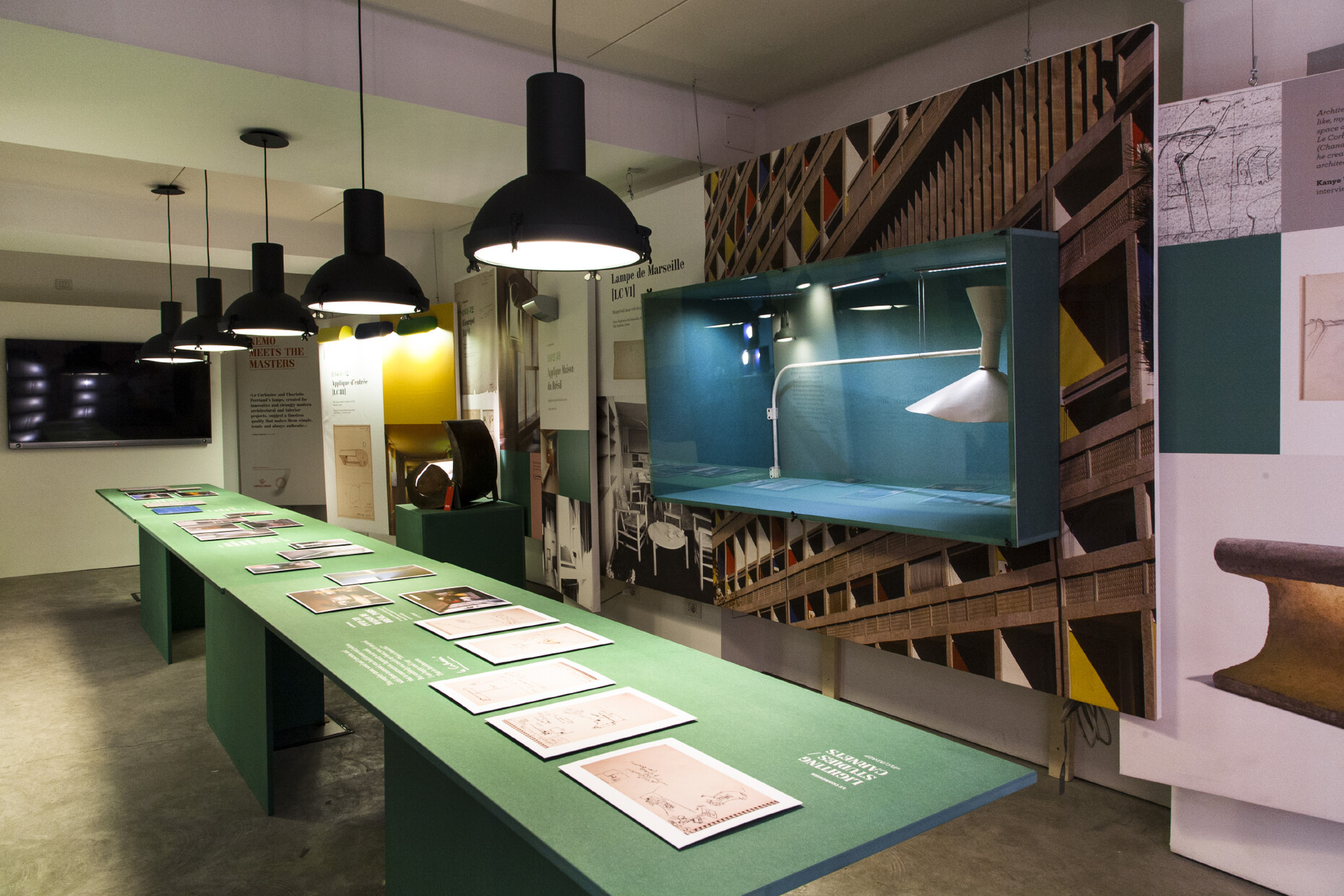 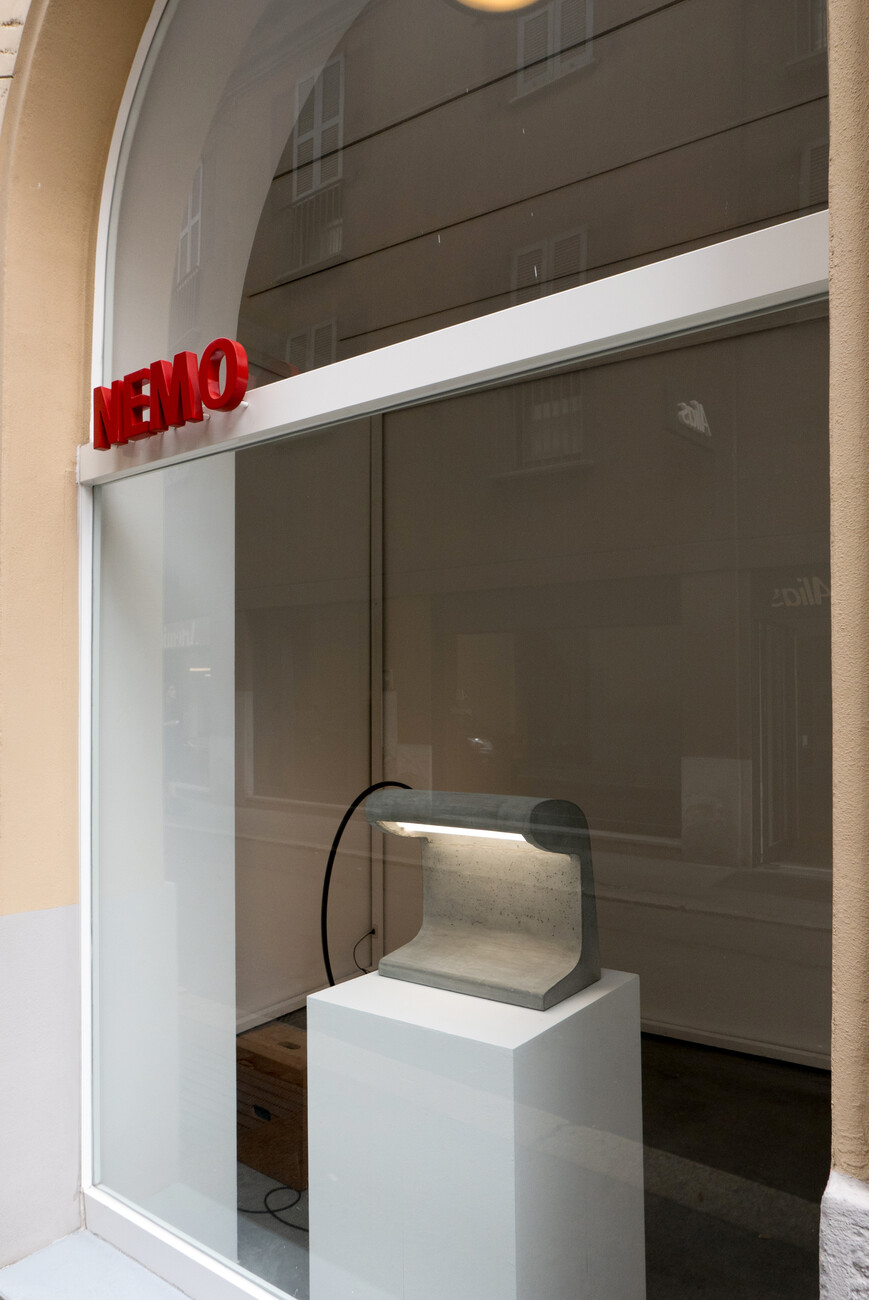 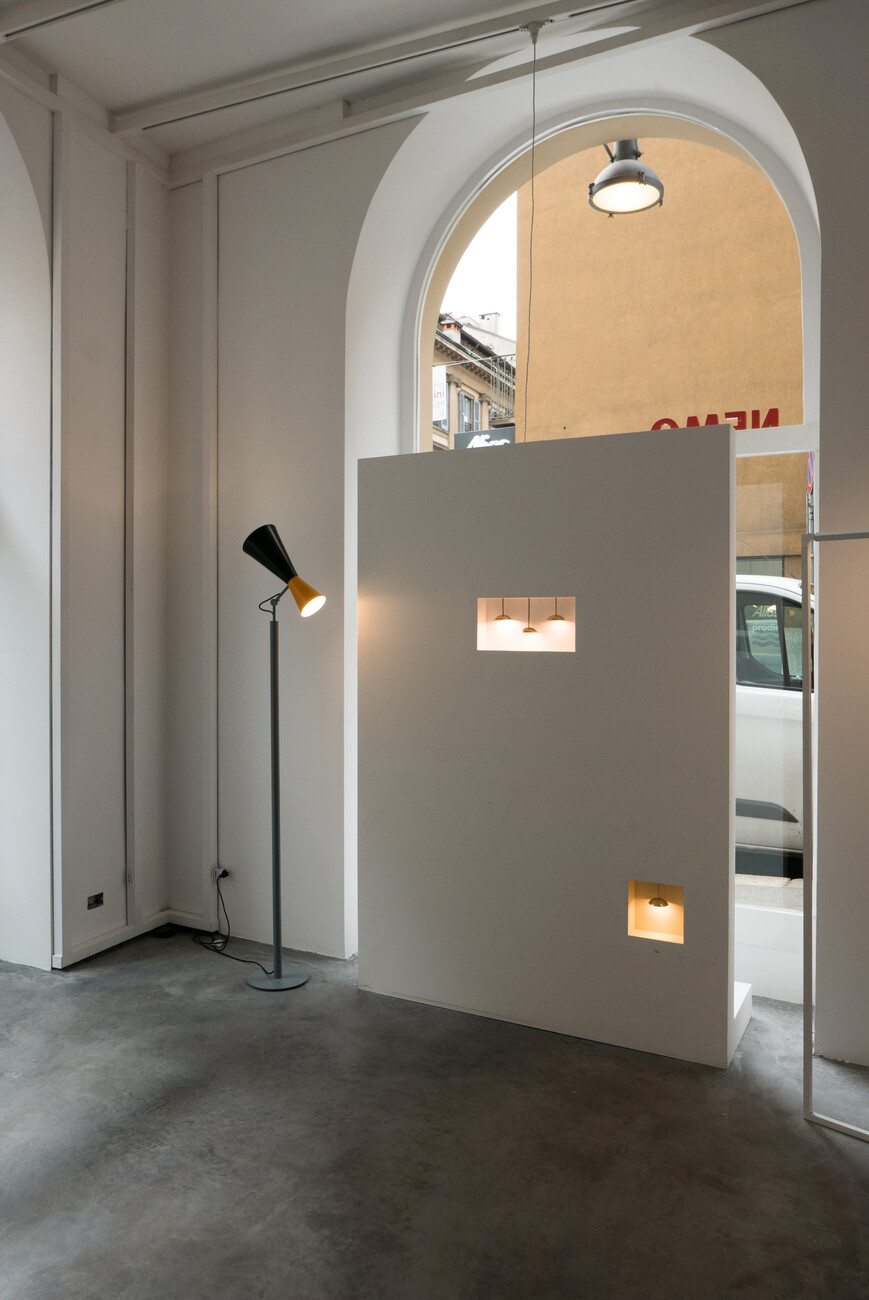