How can a smartly networked building help save energy? How can smart systems be fitted in old buildings without too much effort or expense? And how can we ensure the data is safe? Jung has developed a system, Jung Home, that provides swift solutions to these questions.
by Anna Moldenhauer | 11/7/2022

Thanks to Jung Home it is not necessary to rip open walls or rewire a property to create a smartly networked building. As the system is based on the conventional 230-volt power supply, installation work is minimally invasive regardless of whether the property is an old or a new build: “In existing properties the digital infrastructure makes use of the wiring that is already there. It’s simply a matter of replacing switches and power sockets with Jung Home push-buttons and switchable Jung Home outlets. Experienced electricians can replace a push-button in just a few minutes,” says Raphael Tkacz, Customer Experience Manager at Jung. And he maintains that there is a lot to be said for installing Jung Home in new buildings, too, because it requires “no additional wiring, no server, no large control cabinet, no external specialists for the programming, and no Internet for the day-to-day regulation of lighting, shading, and temperature.”

Jung Home is made up of system inserts, attachments, and sockets that are connected to the existing electrical wiring. If no power socket is available at the point where a device is to be operated, it is possible to install battery-operated, wireless push-buttons instead. Jung Home is controlled by means of the Jung Home app, which clearly bundles all functions as well as providing status displays. Moreover, configuration and regulation are made that much easier, as all users, including the installers, employ the same app. Nor is there any need to worry about data security, indeed, the sensitive data is transmitted via Bluetooth Mesh. This means it is 128-bit encrypted, which is the secure encryption standard used by financial institutions, for example. “Bluetooth Mesh is based on a local network, without the Internet. It is not a radio standard, but a wireless network technology,” explains Raphael Tkacz. As such, Jung provides a system that bridges the gap between classic installation and radio-based smart home solutions. It allows a building to be ‘smartified’ gradually and the system can be adjusted at any time to suit user requirements. “The primary factors to consider when deciding which system is best suited for the smartification of a residential property are: the effort needed for installation, the devices and home systems to be networked, and the individual operating requirements of the users,” says Raphael Tkacz.

An especially practical aspect is that every device in the Jung Home system transmits and receives data simultaneously. “This not only extends the range with each additionally networked device, but also creates a stable network. Should a device be removed or even fail, the remaining networked appliances within the home system step in and forward the information instead,” explains Raphael Tkacz. There are no restrictions on how many elements can be included in the network: “In principle, several thousand devices can be linked in one network using Bluetooth Mesh.” The Jung Home app groups appliances according to room or application, meaning they can be simply selected and controlled. “One click is enough to simultaneously switch off all the power sockets in an entire home system,” says Tkacz. With scenarios such as “Leave home,” it is possible to ensure that none of the technical installations use electricity unnecessarily when the rooms are not occupied. Moreover, the app can be used to set up programs instructing individual devices to, say, dim the light at certain times. Equally, temperature and shading can be regulated depending on how the rooms are being used. The smart push-buttons are available in many different designs, and as such they suit every setting.

Beyond the manual control and programmed scenarios, Jung Home presence and motion detectors automatically help save electricity and heat: “They only switch on the light or heating when someone is actually in the room,” says Tkacz. Jung Home is even capable of dealing with unforeseen events. If, for example, a window remains open for a longer period of time, the Jung Home room thermostat display recognizes the drop in temperature and sets the heating to frost protection mode. If required, the smart functions can also be controlled remotely: With the help of the Jung Home Gateway (certified by the VDE Testing and Certification Institute), a connection can be established between the Bluetooth Mesh network in the building and the Jung Cloud. This enables communication with cloud-based Internet services such as Google Home or Amazon Alexa. Samsung’s SmartThings will also be available shortly. Moreover, it is possible to link IoT-capable products and control them with Jung Home when the system is integrated into the manufacturer network WORKS WITH mediola®.

As such, Jung Home is a smart, intuitive system that can be installed in every building and adapted to size and individual use. And it can be modified at any time to suit altered requirements. It is also possible to monitor and control the energy performance of each device for sustainable, cost-efficient energy use. 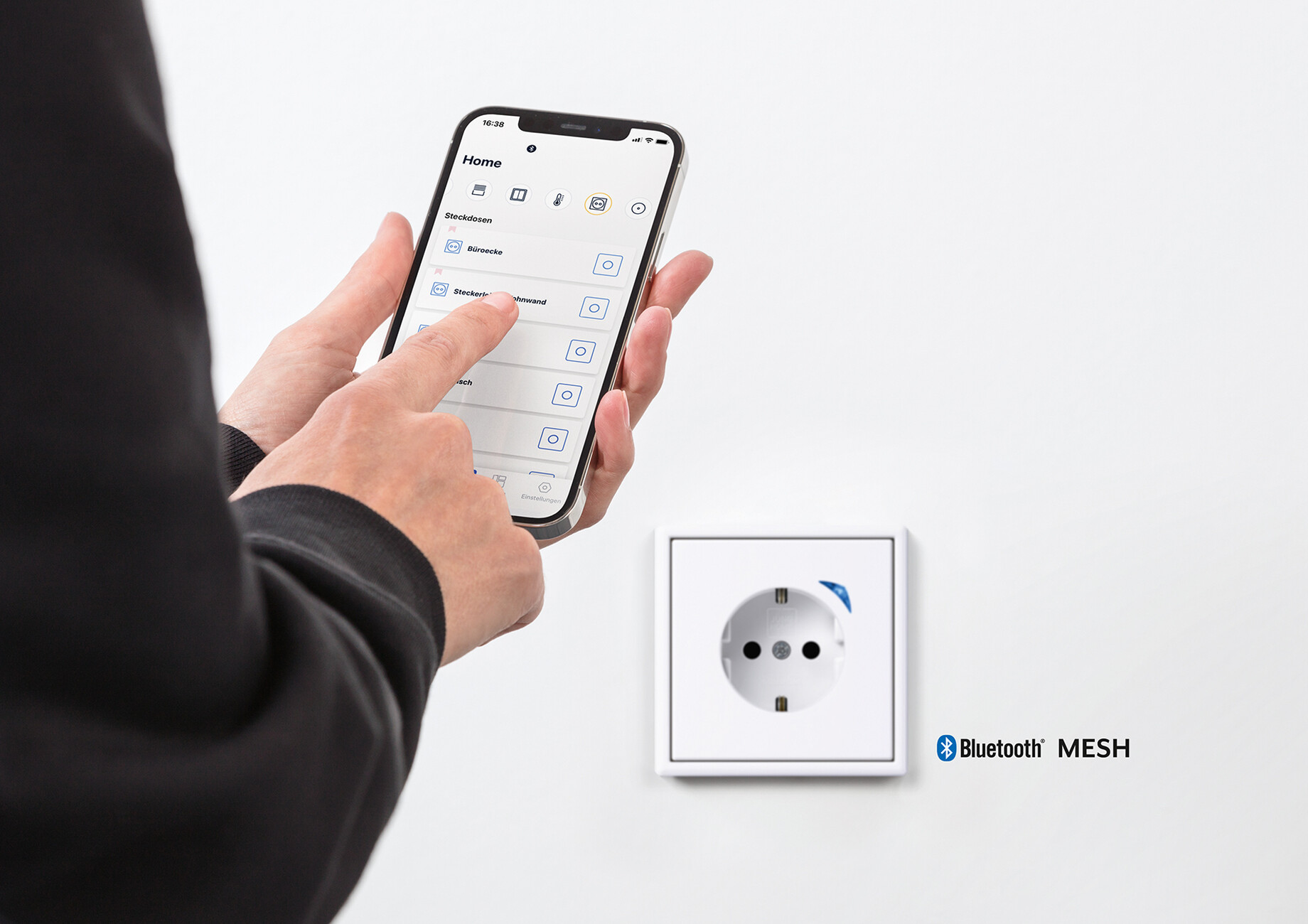 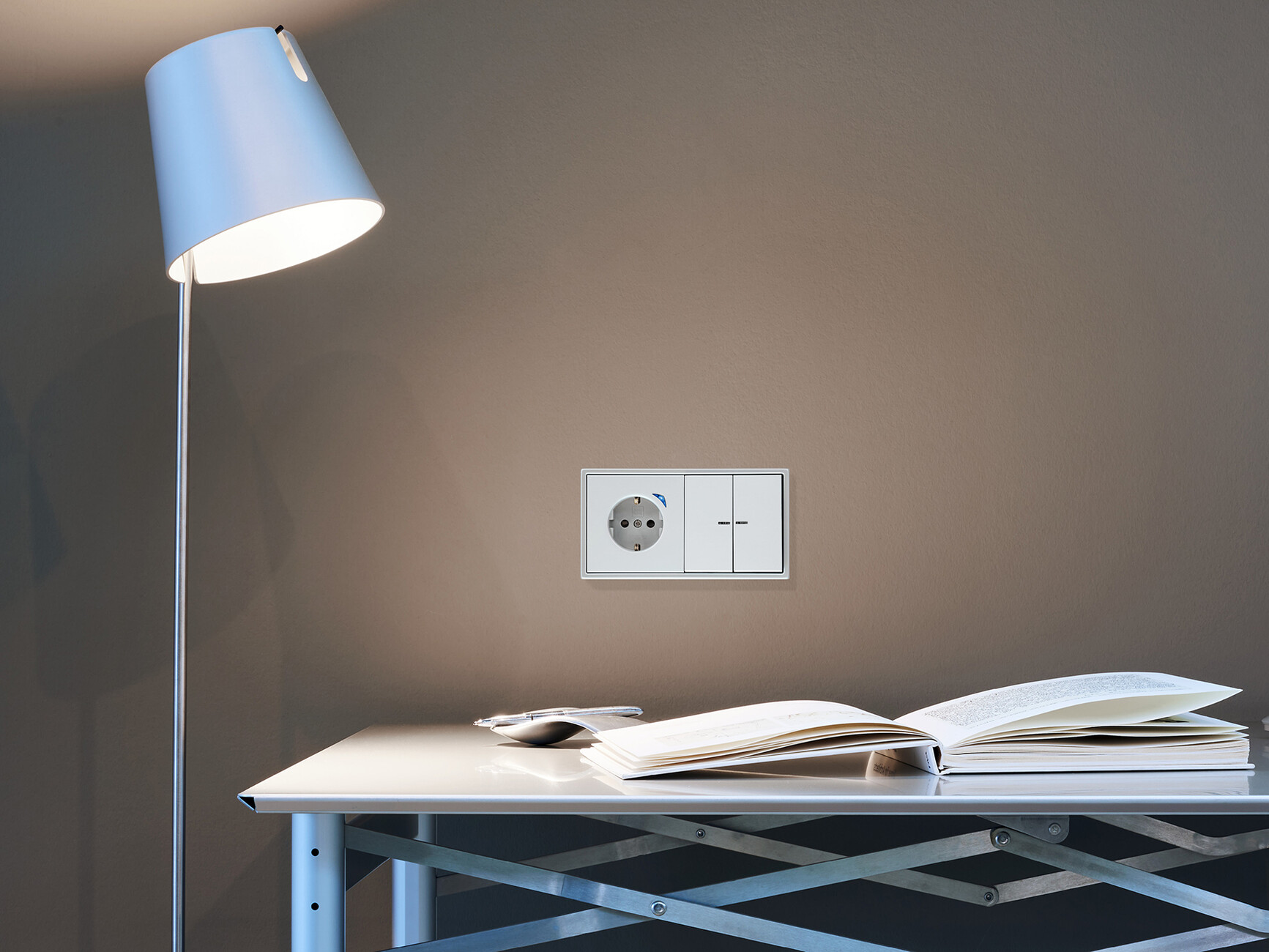 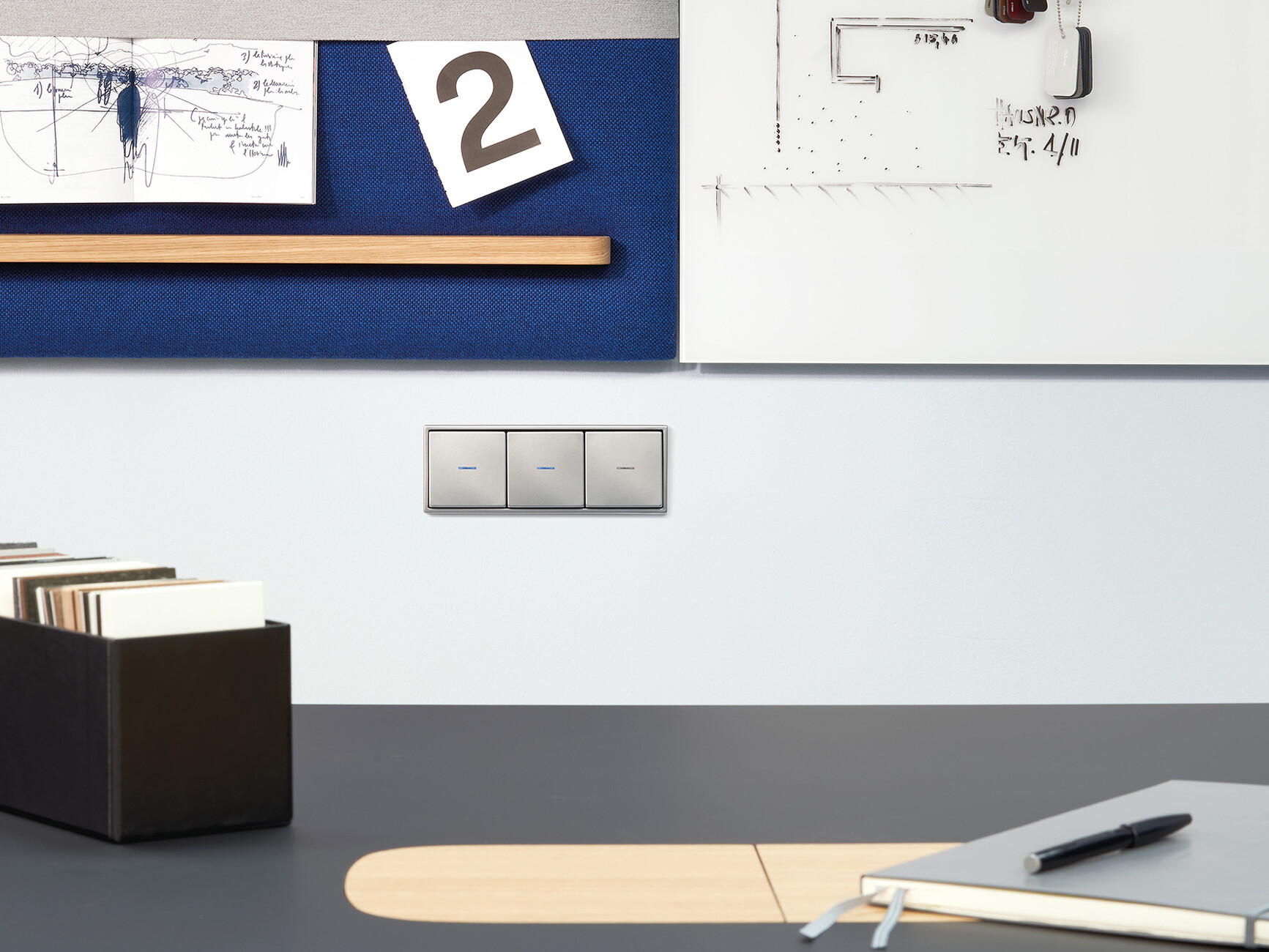 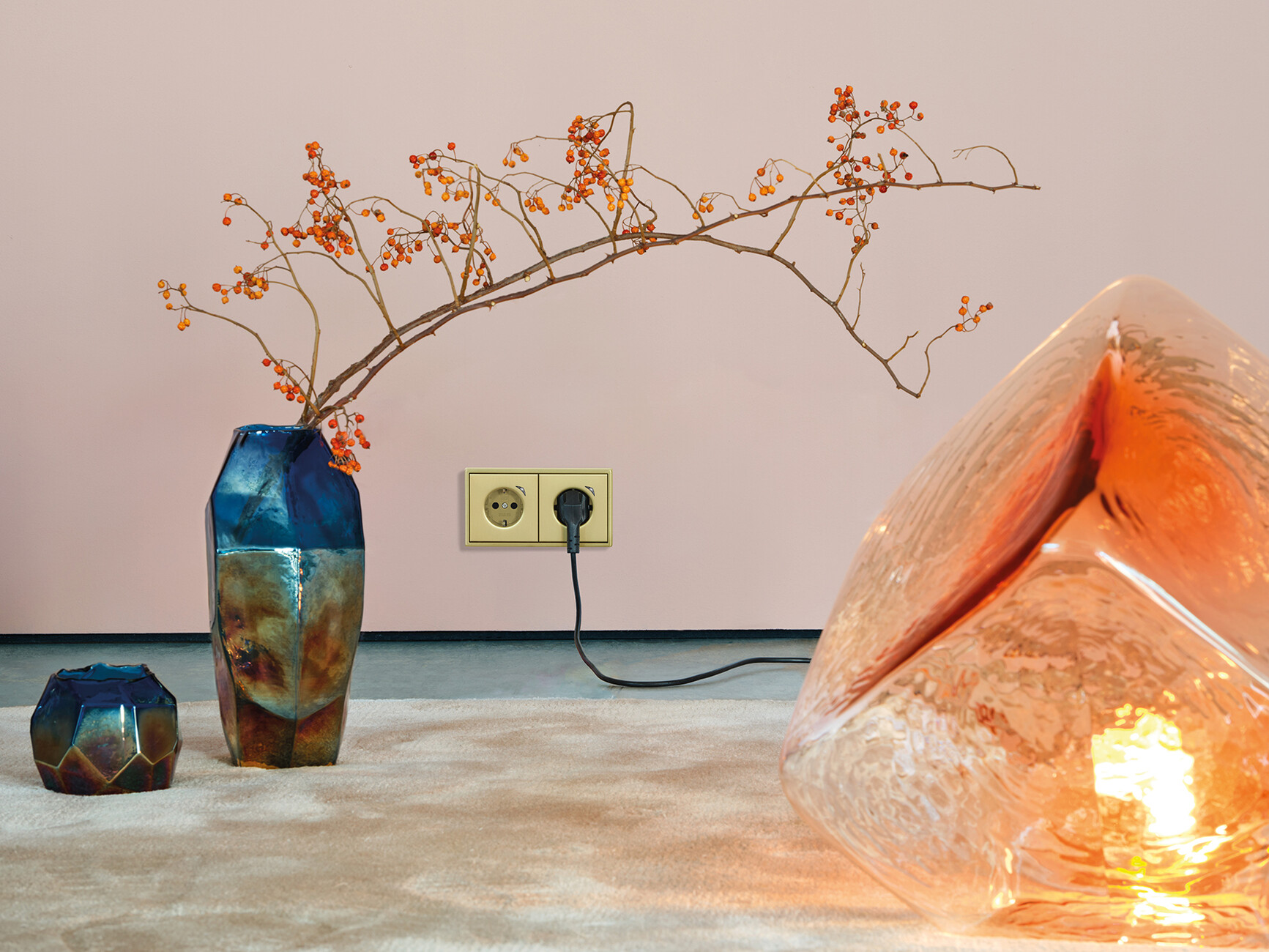 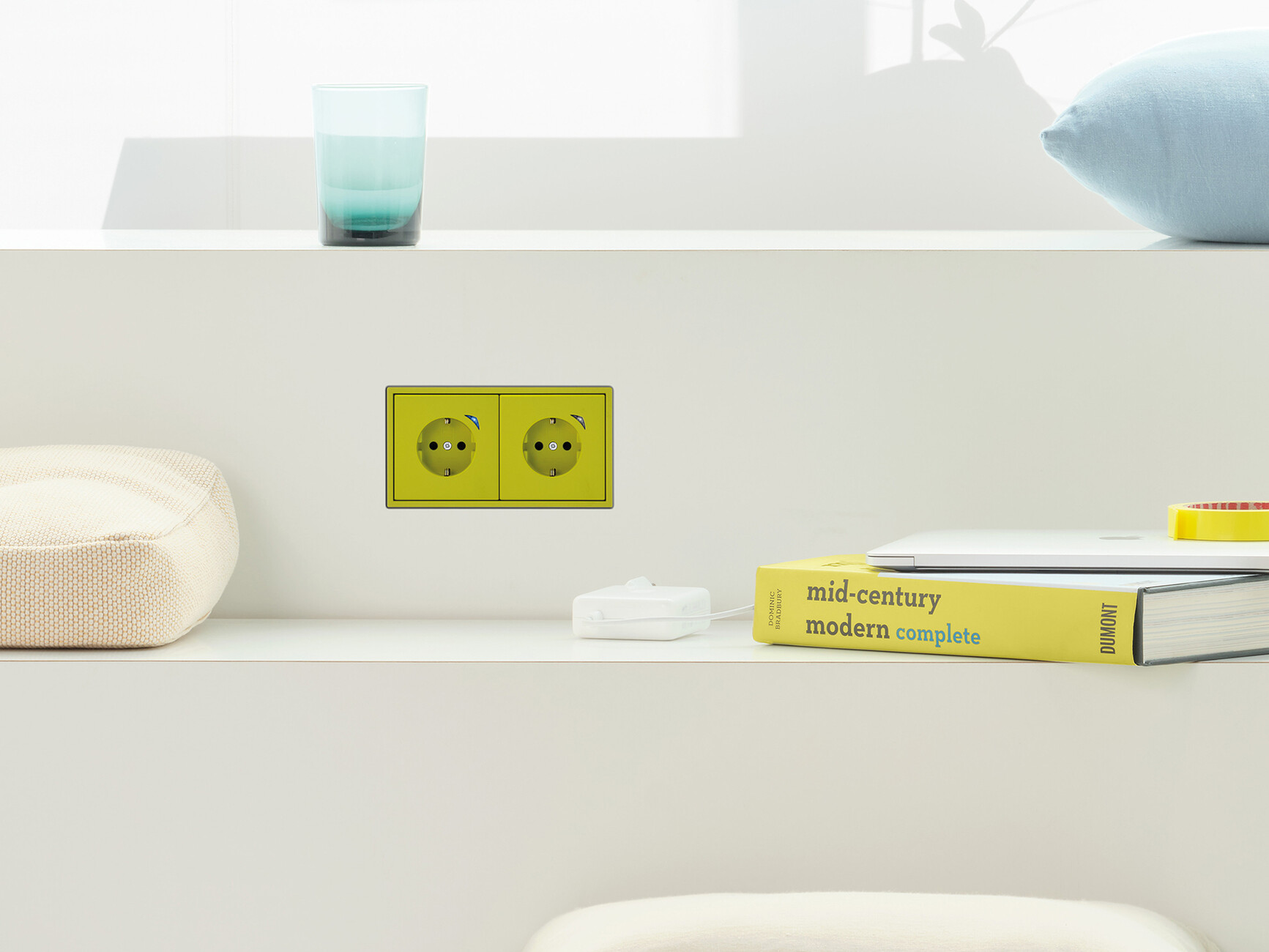 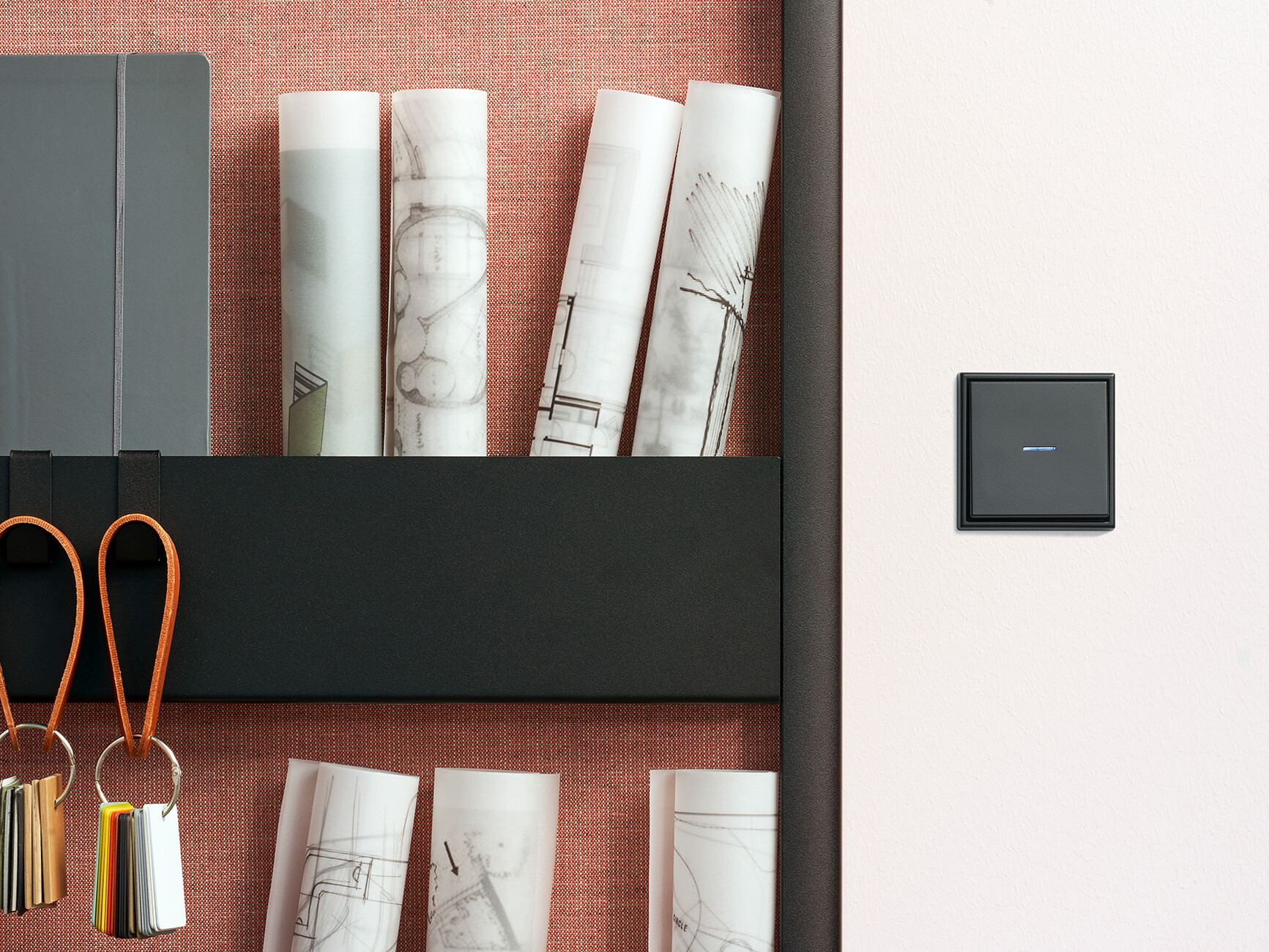 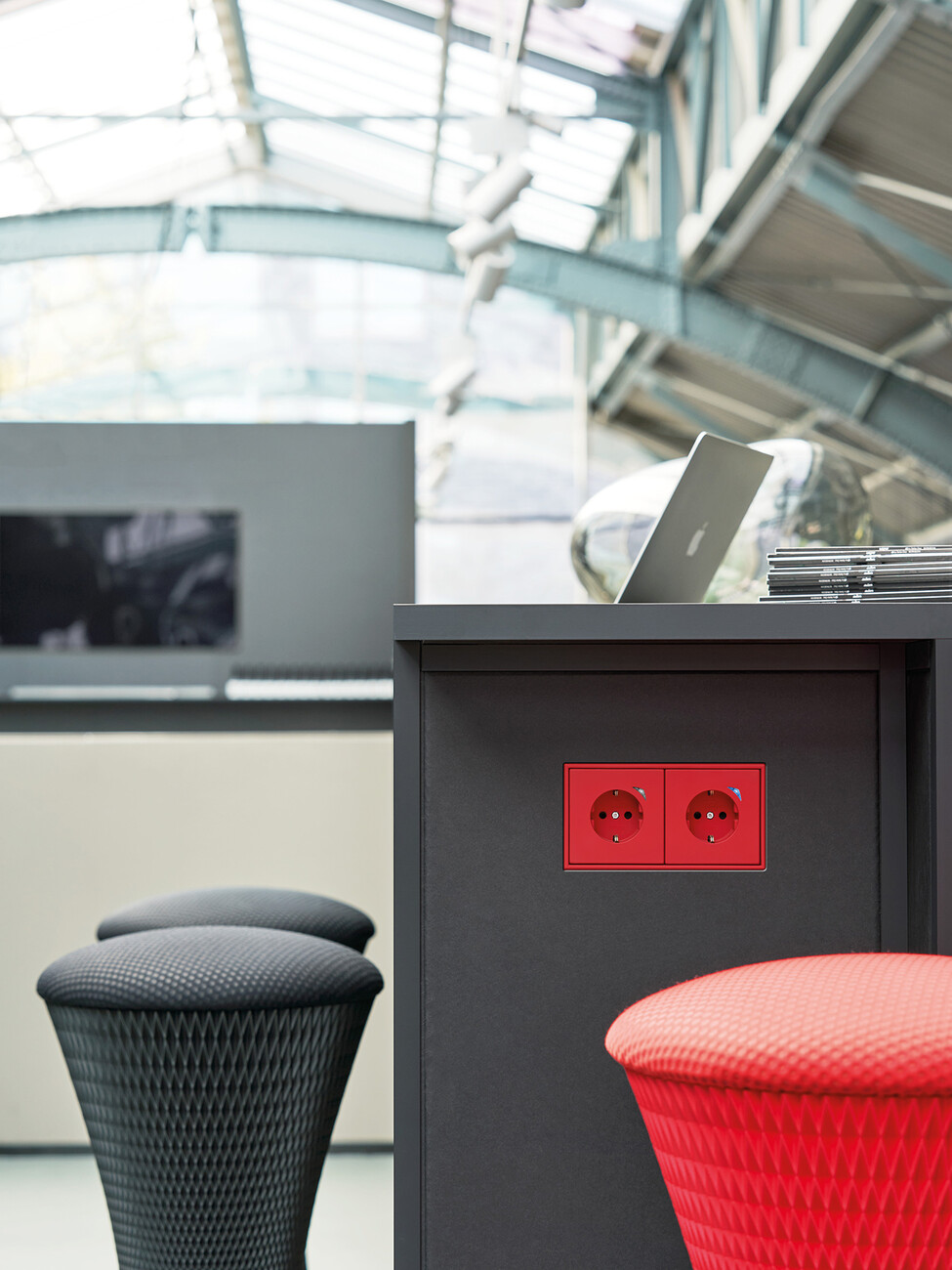 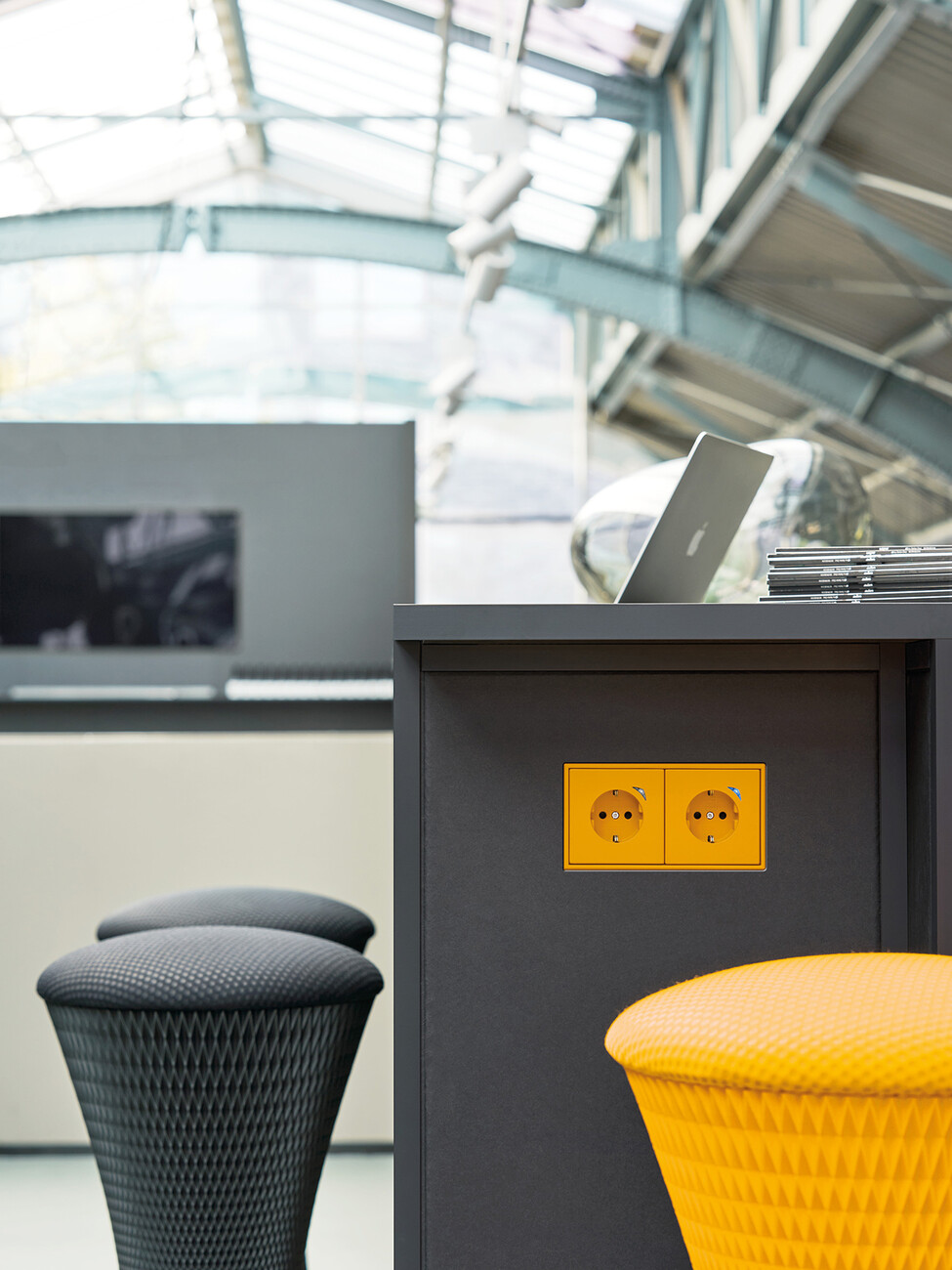 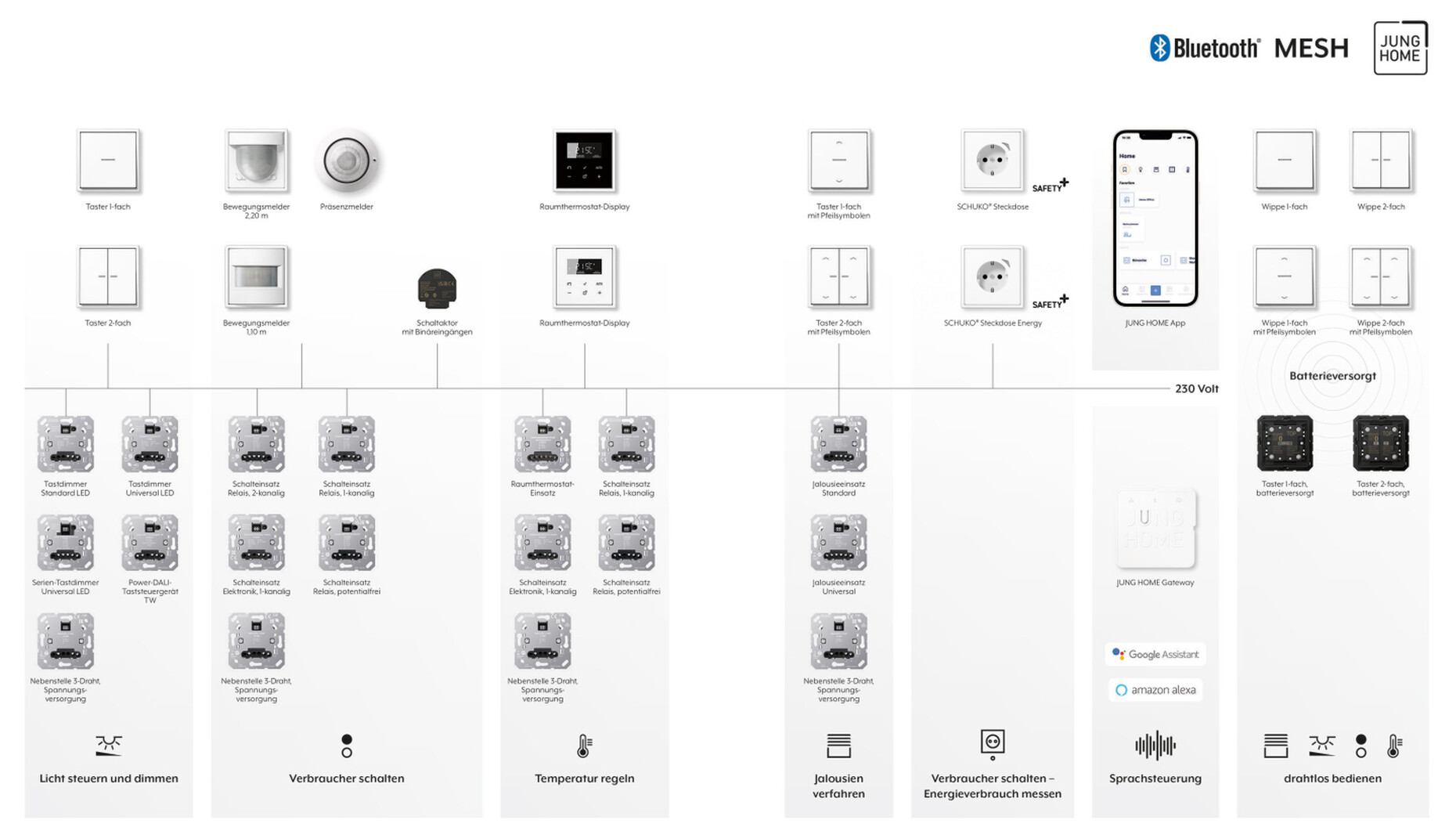 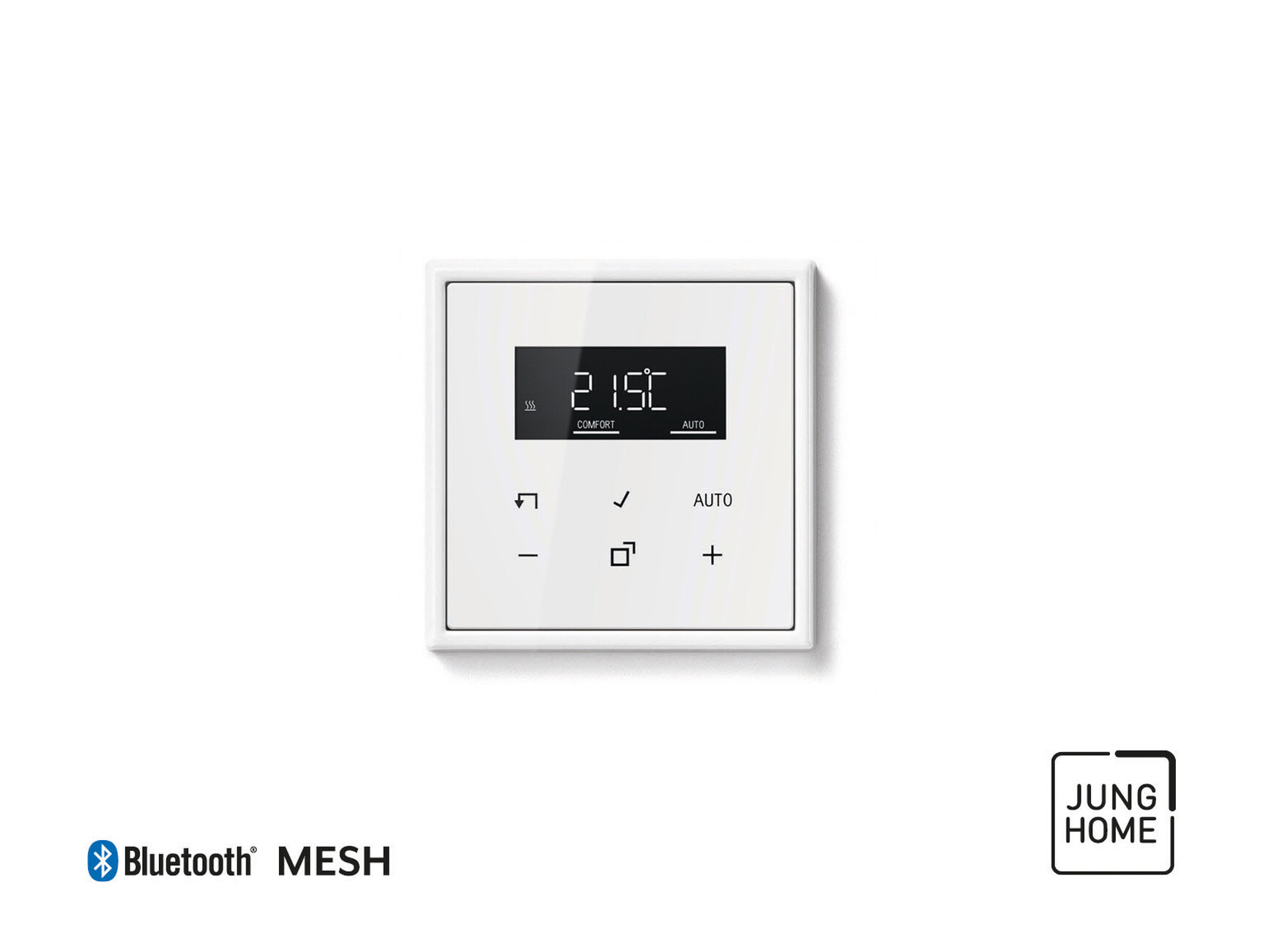 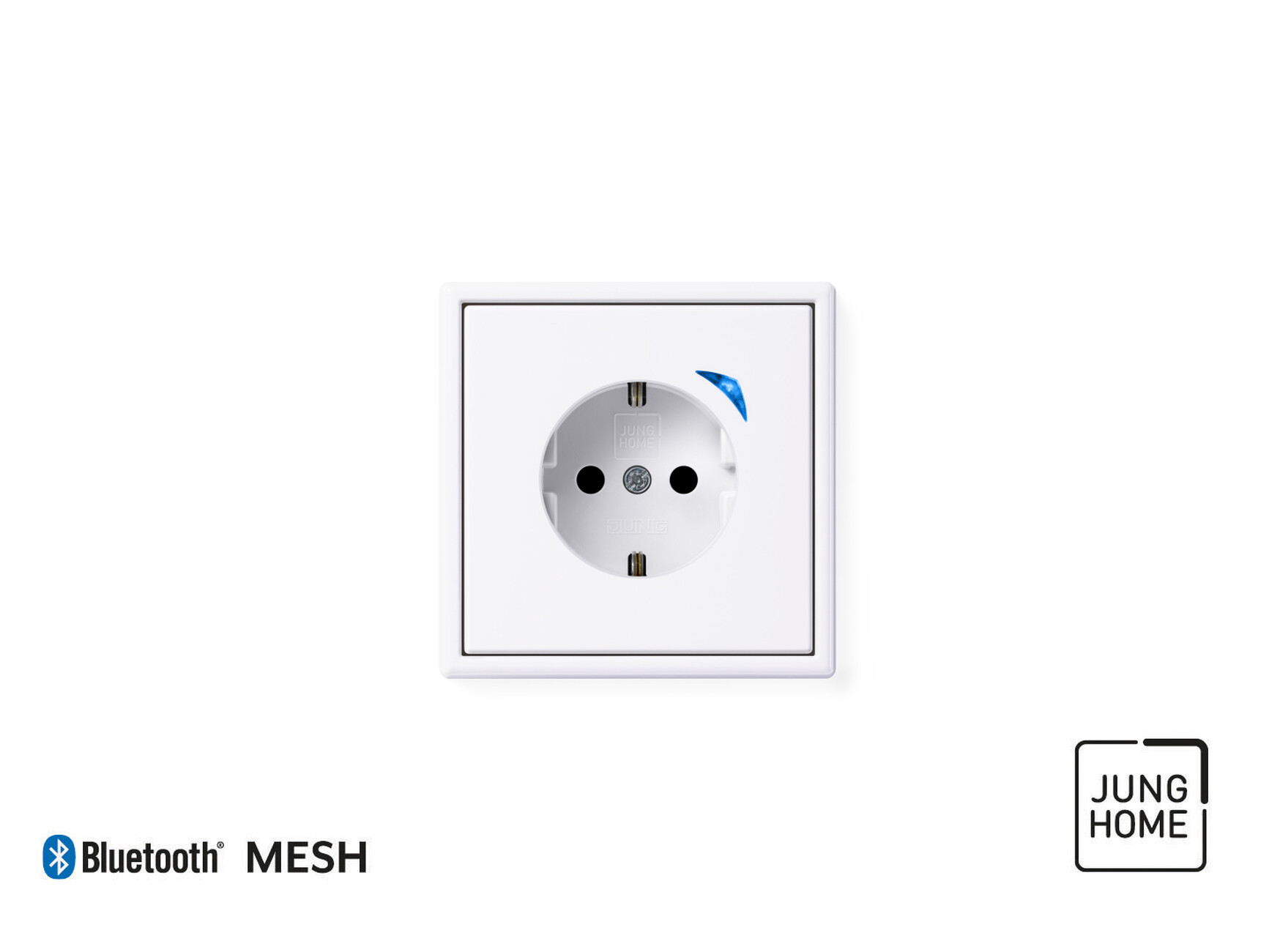 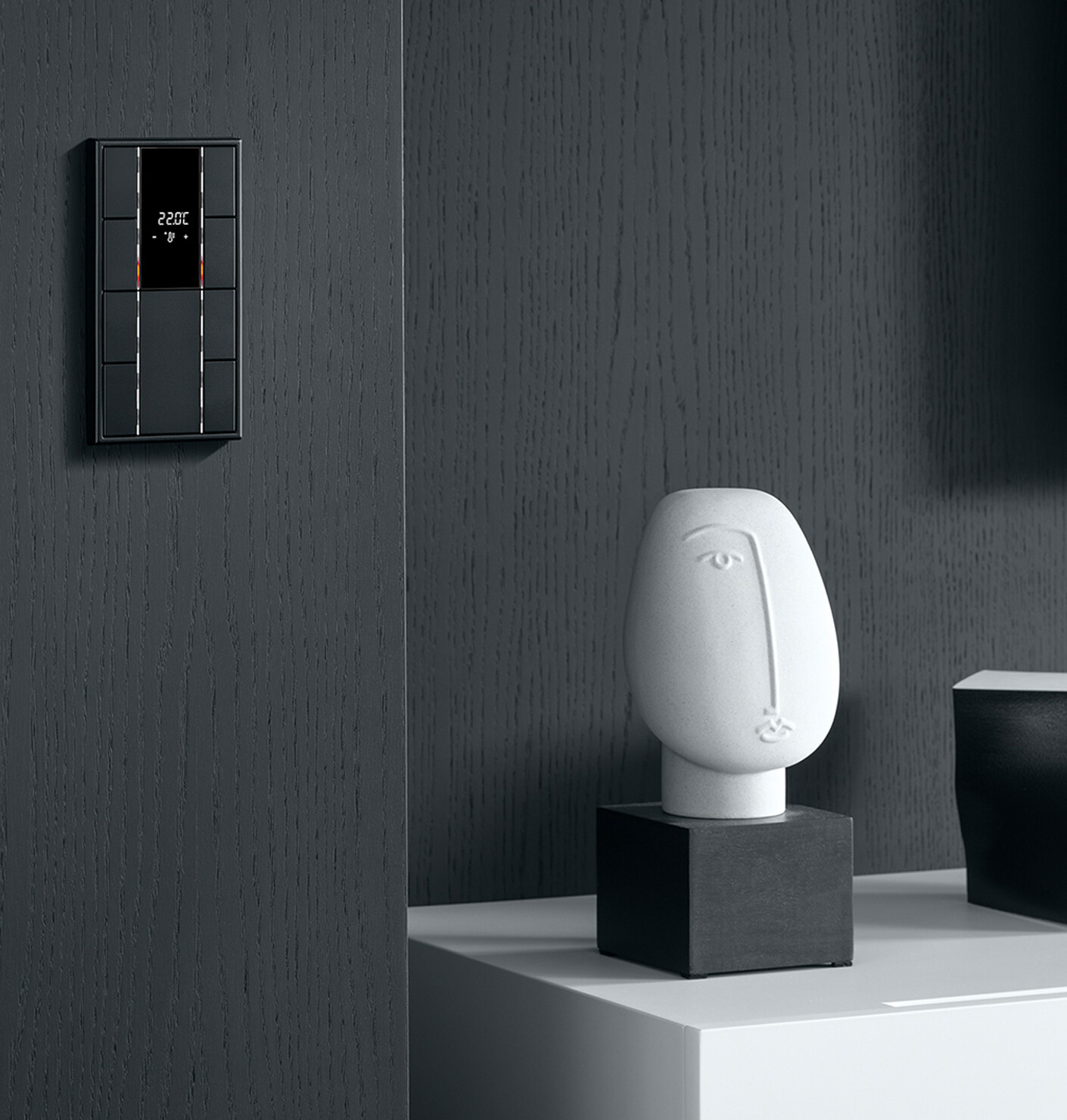 Black and white – two colors that are like two worlds: One absorbs the light, the other reflects it. It’s a fascinating contrast that JUNG has picked up on in its line of latest switch designs. 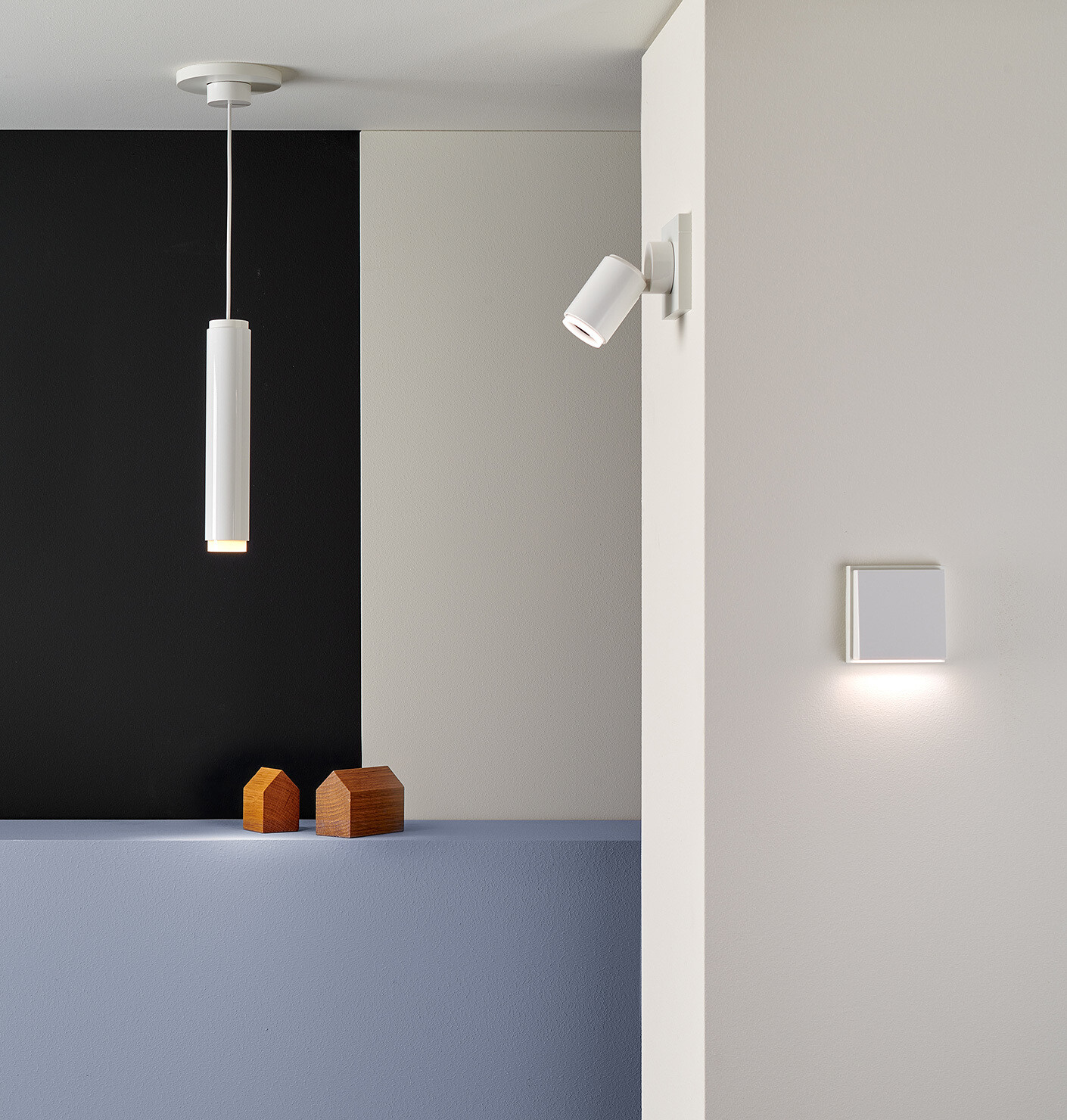 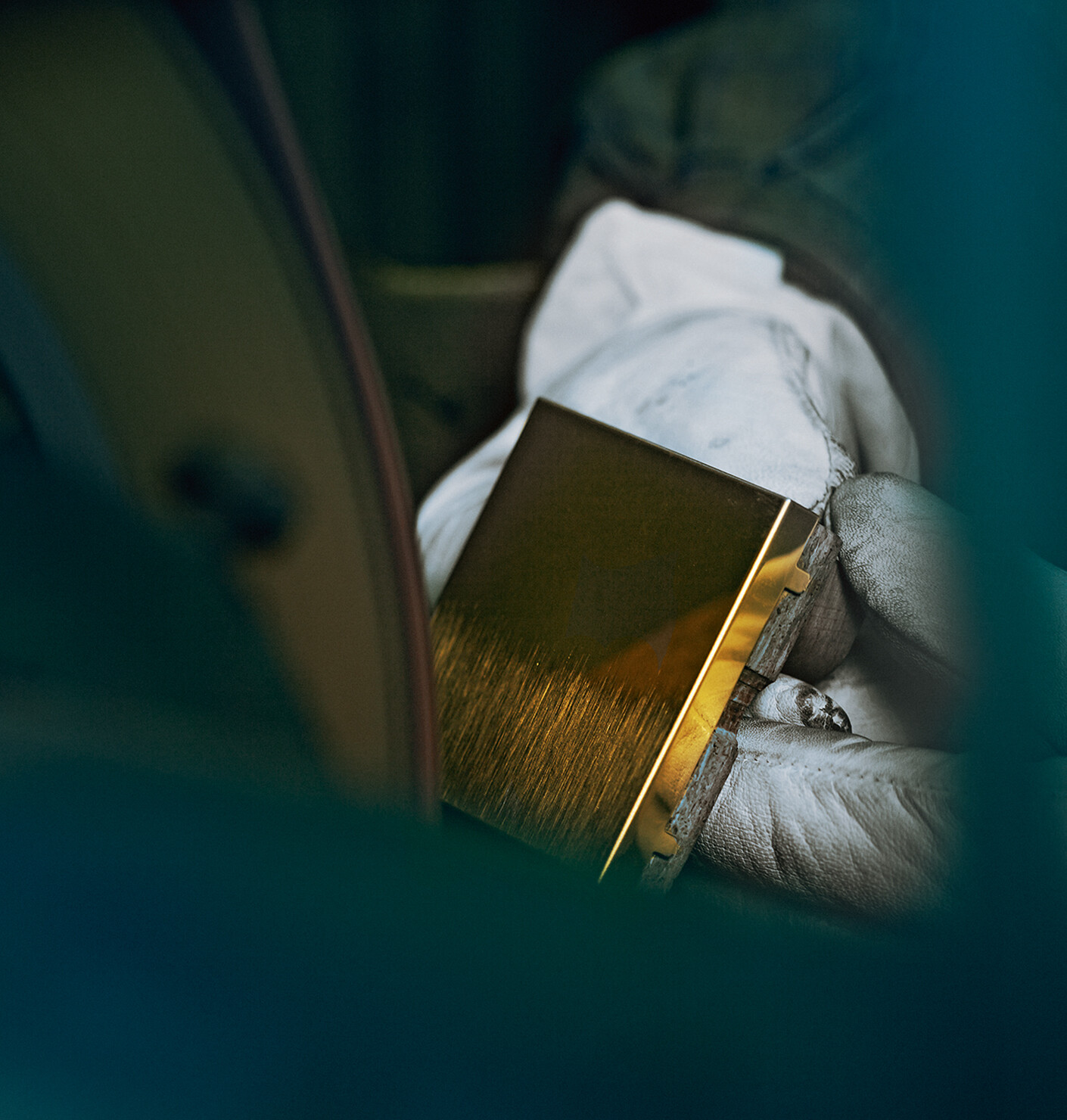 A classic of German industrial design celebrates its 50th birthday: The LS 990 by Jung was the first modern light switch. 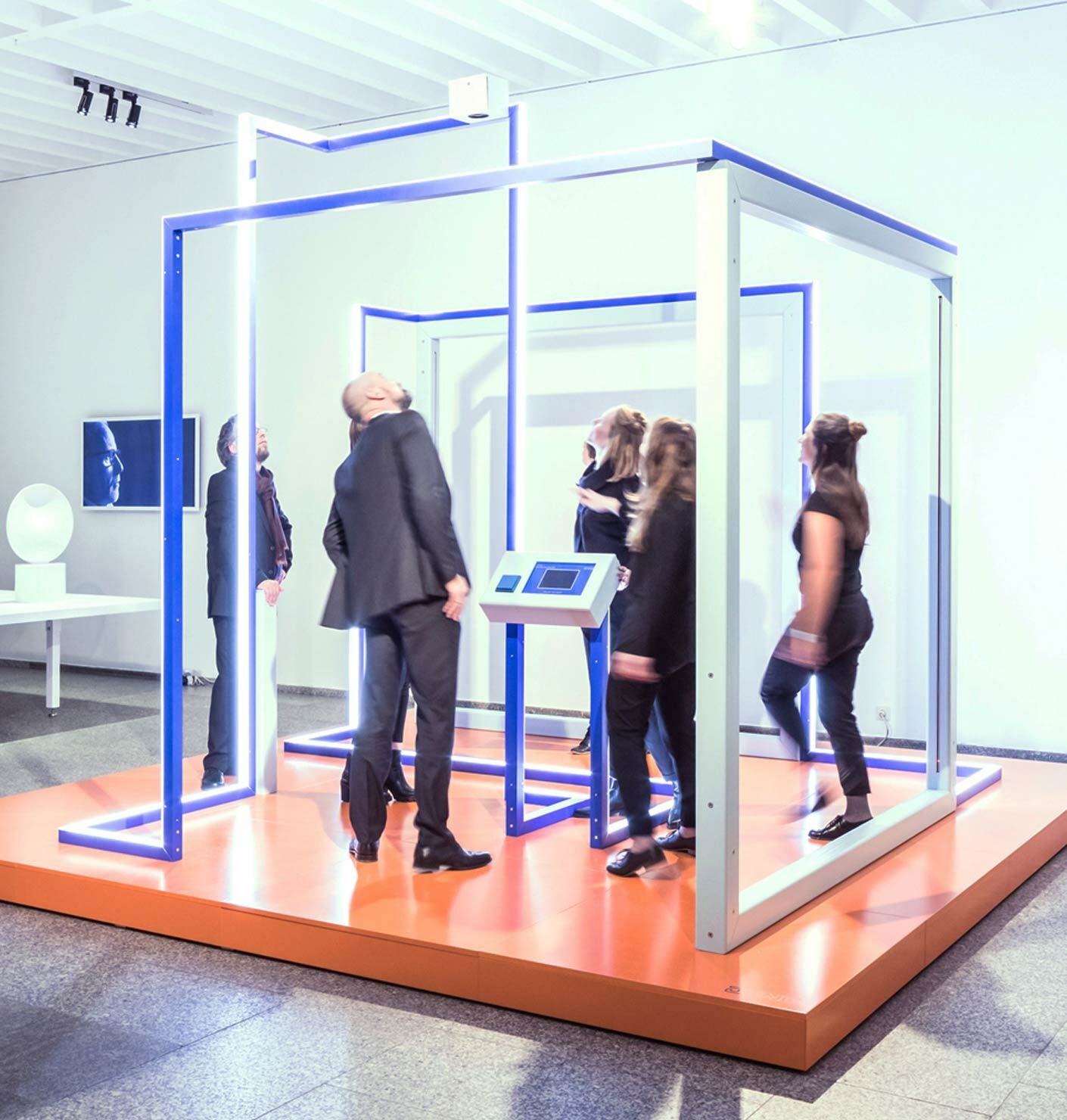 Jung is celebrating the LS 900 with a very special installation forming part of the “Stylepark Selected” exhibition at Museum of Applied Arts Cologne.