Looking for a new kitchen?

MyKilos, a Berlin-based label and the brainchild of Daniel Klapsing and Philipp Schöpfer, not only designs fabulous products for the living room, but has now brought out some game-changing kitchens.
by Jasmin Jouhar | 10/8/2017

Their stand at the Living Kitchen trade fair in Cologne last January was an eye-catcher – for compared with the unwieldy fitted kitchens presented by the large manufacturers, what MyKilos had to offer had an upbeat and contemporary feel. For the kitchen collection by these Berlin-based designers this was their first “official” appearance. “The incredibly good feedback we received clearly brought it home to us that the concept works,” reports Schöpfer. “Since then, we have continued to hone the systems and will be launching a new range in the near future.” Schöpfer established MyKilos with Daniel Klapsing a number of years ago, whilst still an undergraduate in Weimar. Since then, the two designers have been marketing furniture, luminaires and accessories such as their popular bread bin “Bread Box” – and, of late, kitchen furniture. The reason why they decided to form their own company was because they were finding it so hard to track down manufacturers for their designs. And relocating to Berlin, together with their company, after completing their studies was an obvious move, because this was where they found the first customers for their interior design. “On top of this the rents here were more affordable and the opportunities for startups more attractive than in other cities,” reports Schöpfer. But now Berlin is not enough – and they are opening a second branch in Hamburg in the fall.

And it would appear that MyKilos kitchens have come at just the right time – the kitchen furniture market is currently in a state of flux, with small companies offering offbeat solutions and searching for their own niche alongside the large manufacturers. This might be upscale kitchens handcrafted to order or affordable doors screwed onto the shells of IKEA kitchens. MyKilos is currently producing updated versions of three different ranges. “MK1” is the most expensive option with its block-board shell and doors in a matte acrylic glass material by the name of Fenix. Slightly lower in price is “MK2” with its doors made of linoleum. The most affordable solution, and a particularly flexible one at that, is “MK3”, also known as “Berlin Block” – a modular kitchen with euro containers instead of drawers. “MK3 is designed for all those people who don’t want a fitted IKEA kitchen and who might be upping sticks a few times before settling down permanently,” explains Schöpfer. “It is also ideal for any company that wants to fit out a small kitchenette and to invest in the kind of solution that they can take with them when moving offices.” And even though MyKilos will be continuing to offer other furniture and accessories, the company has now discovered its own place in the grand scheme of things: “In future, we will be focusing more and more on the world of kitchens.” 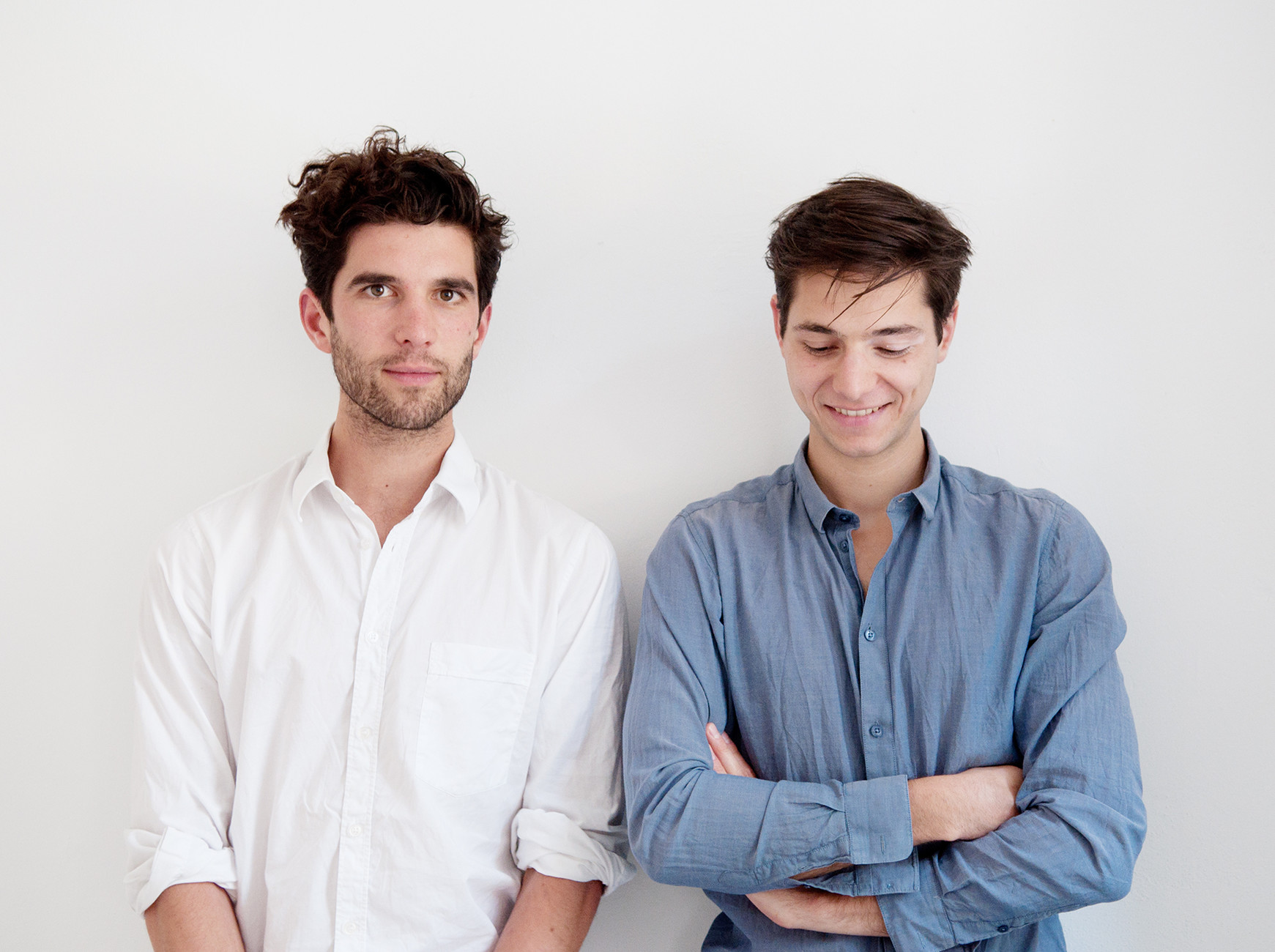 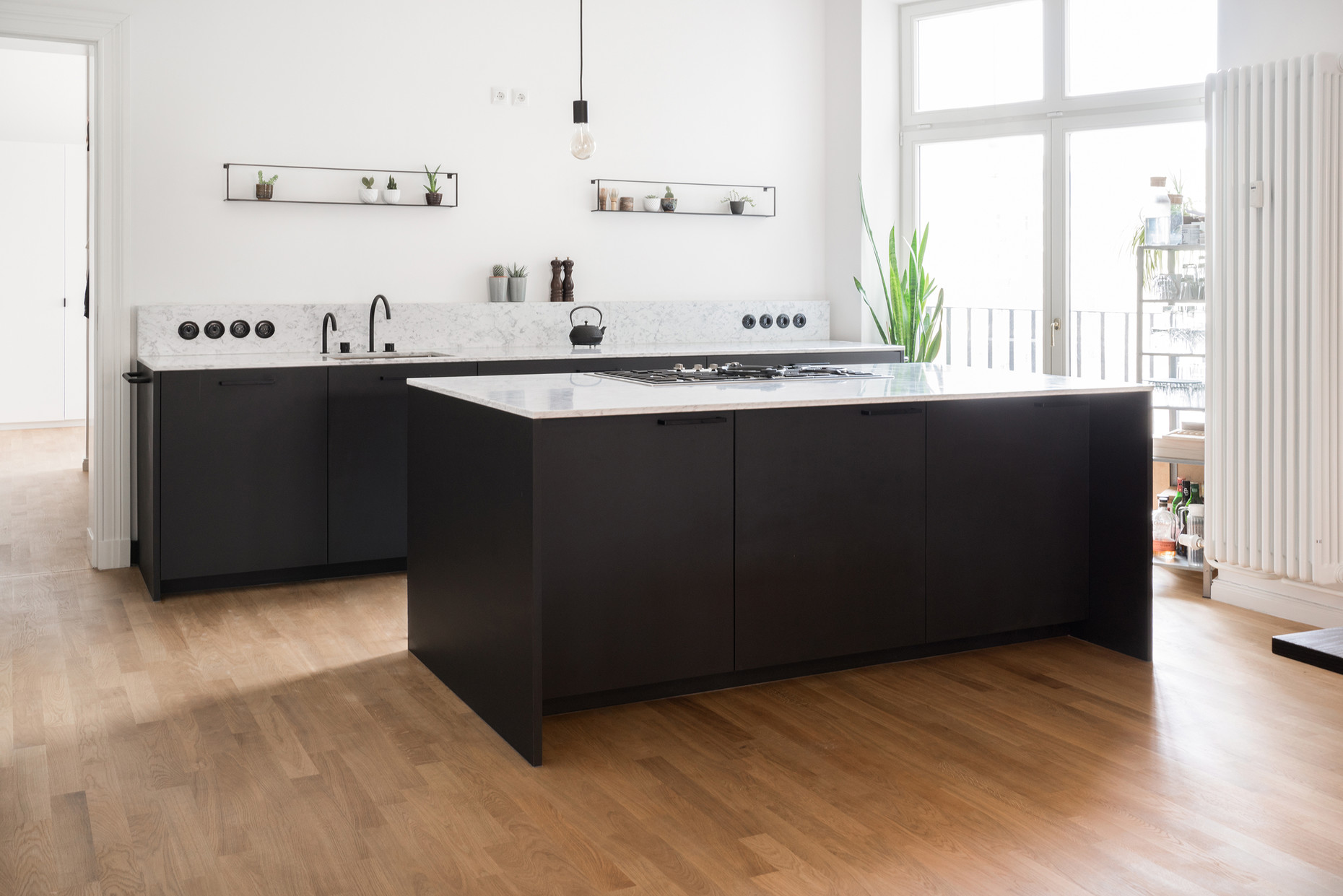 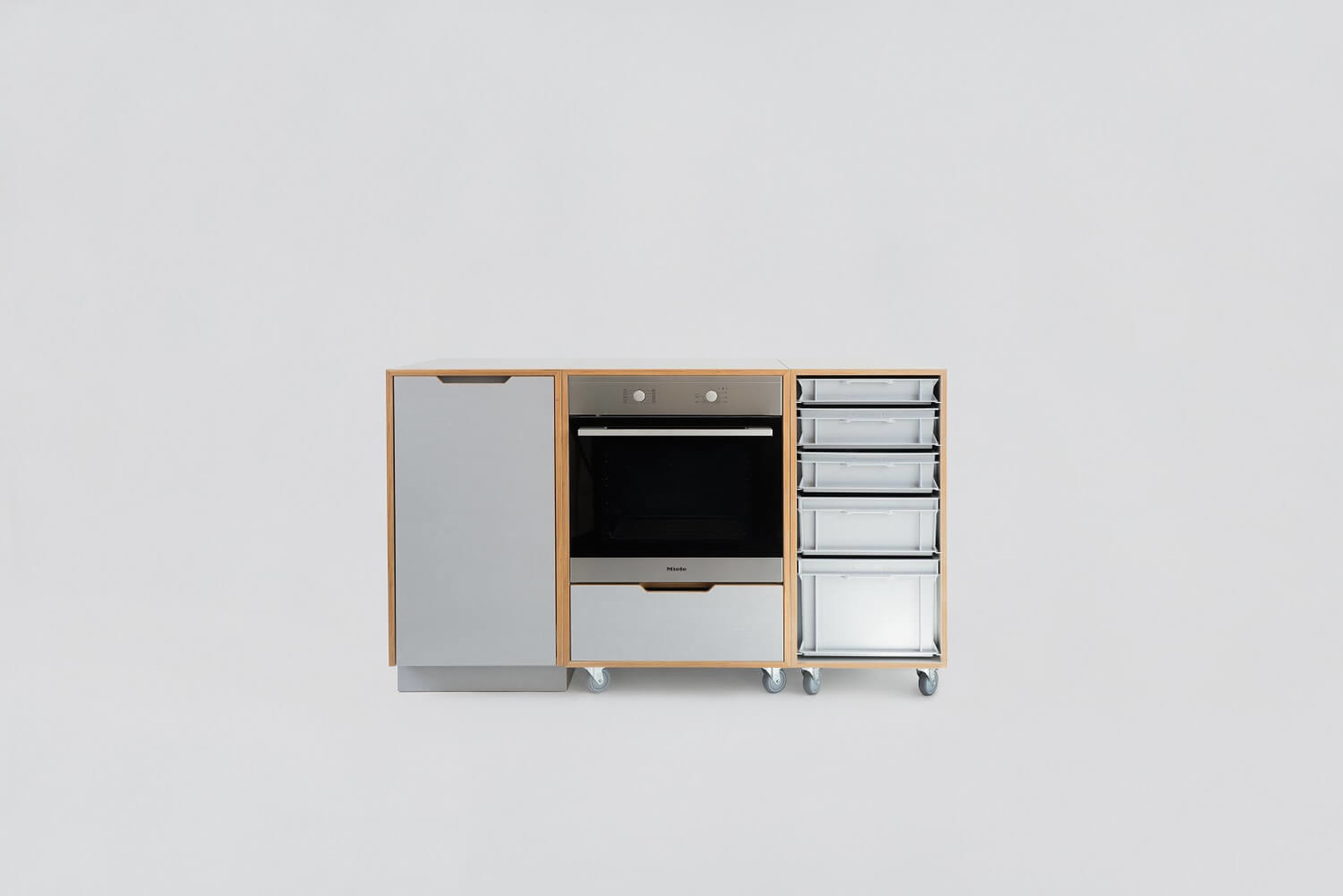 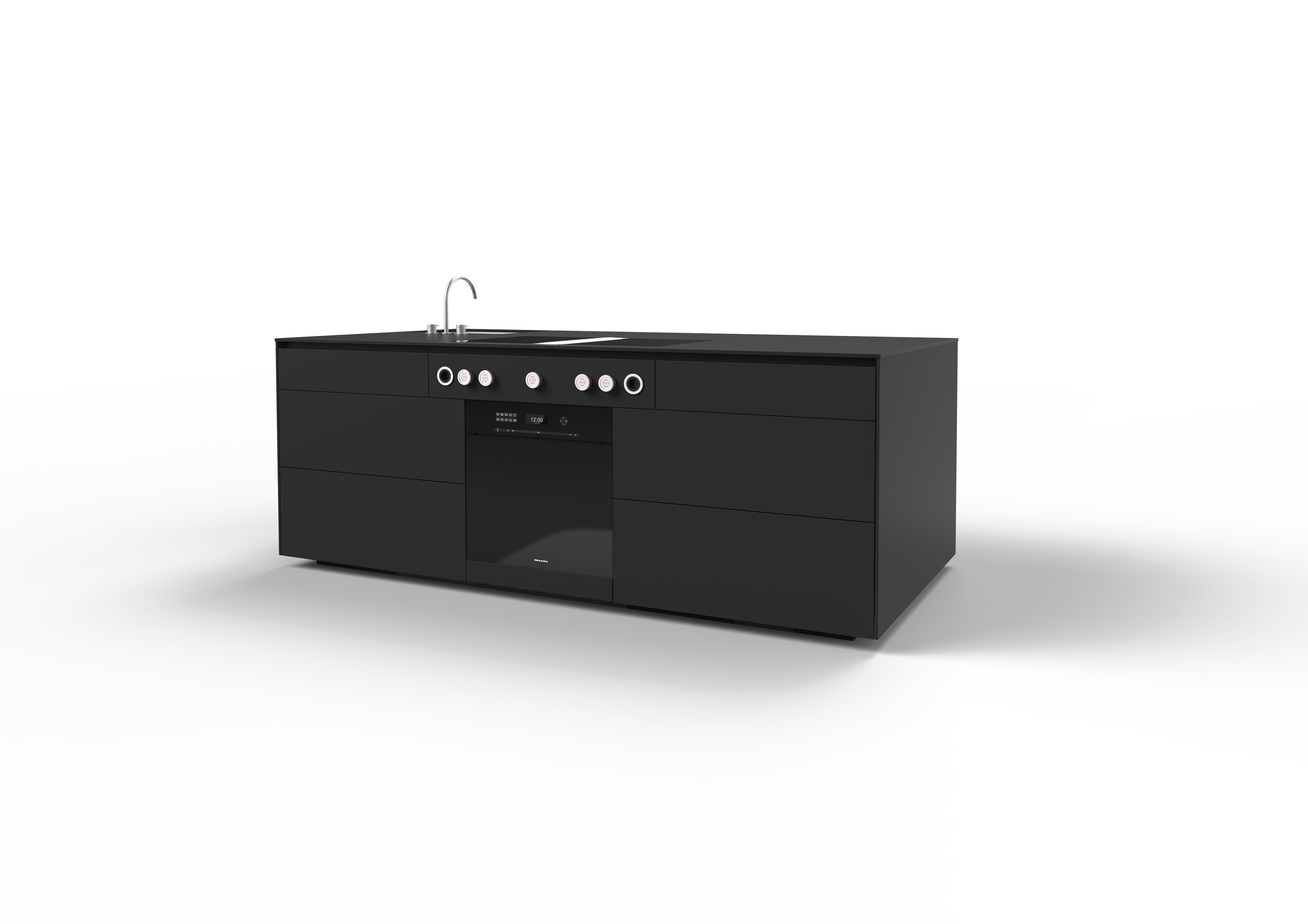 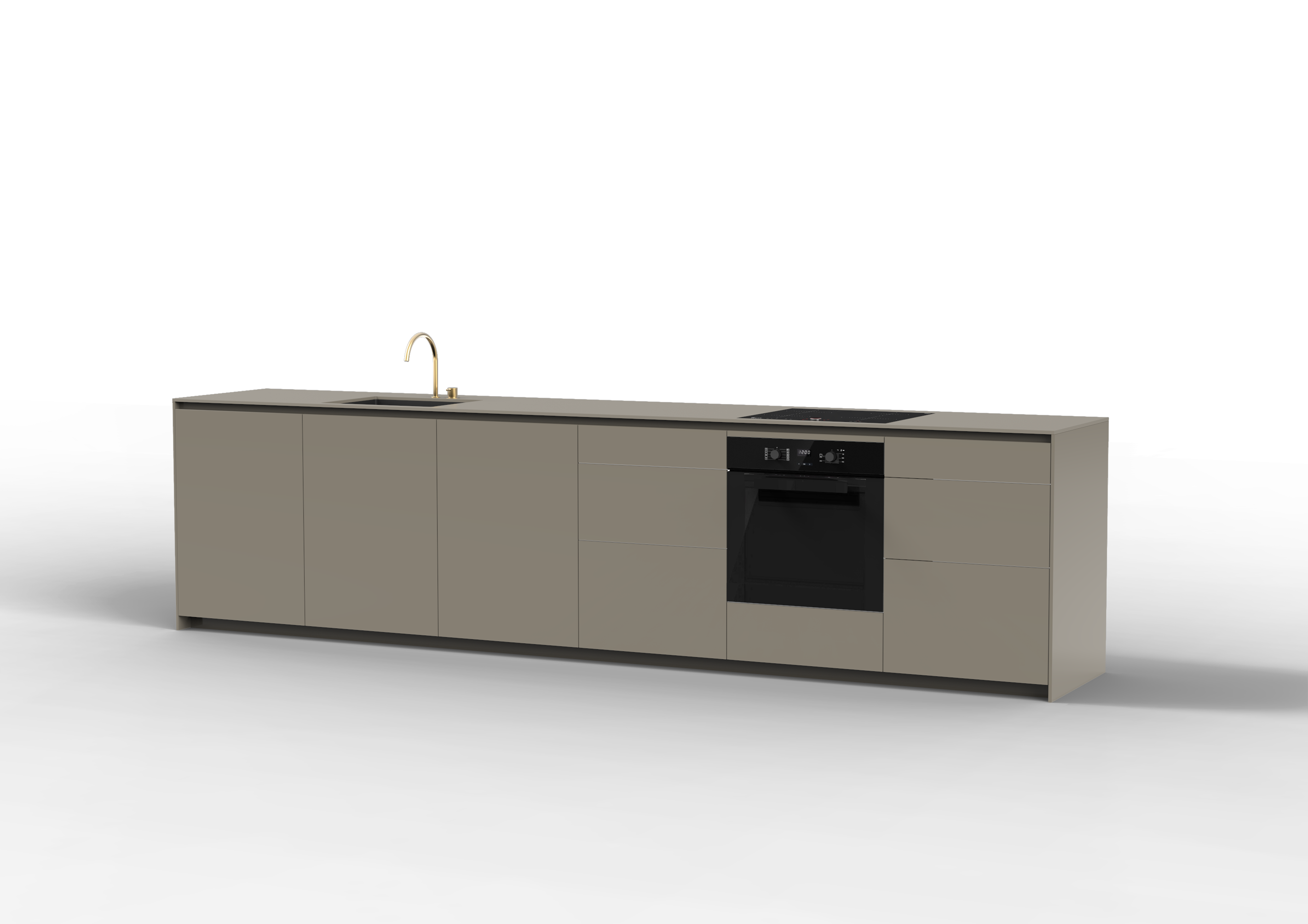 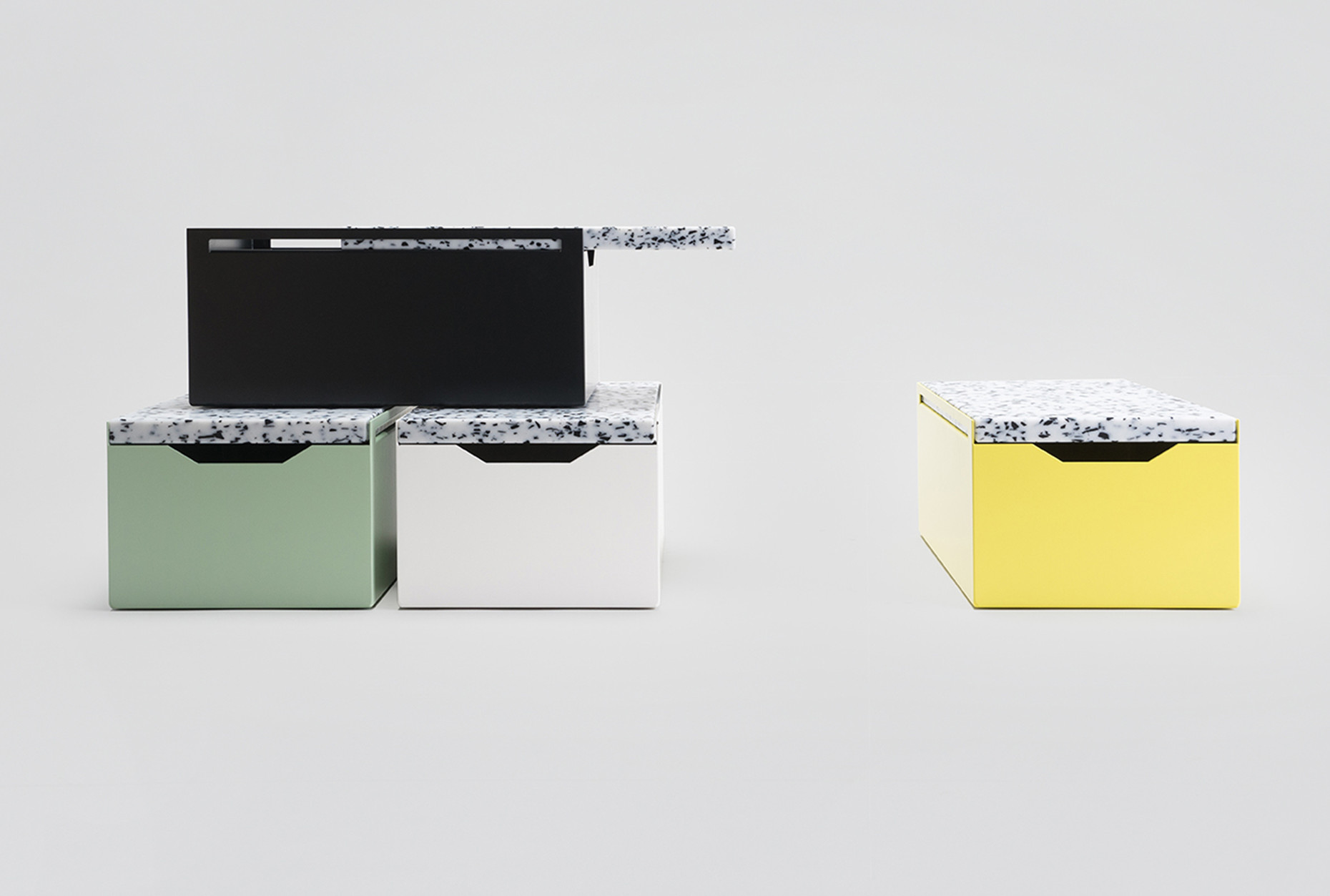 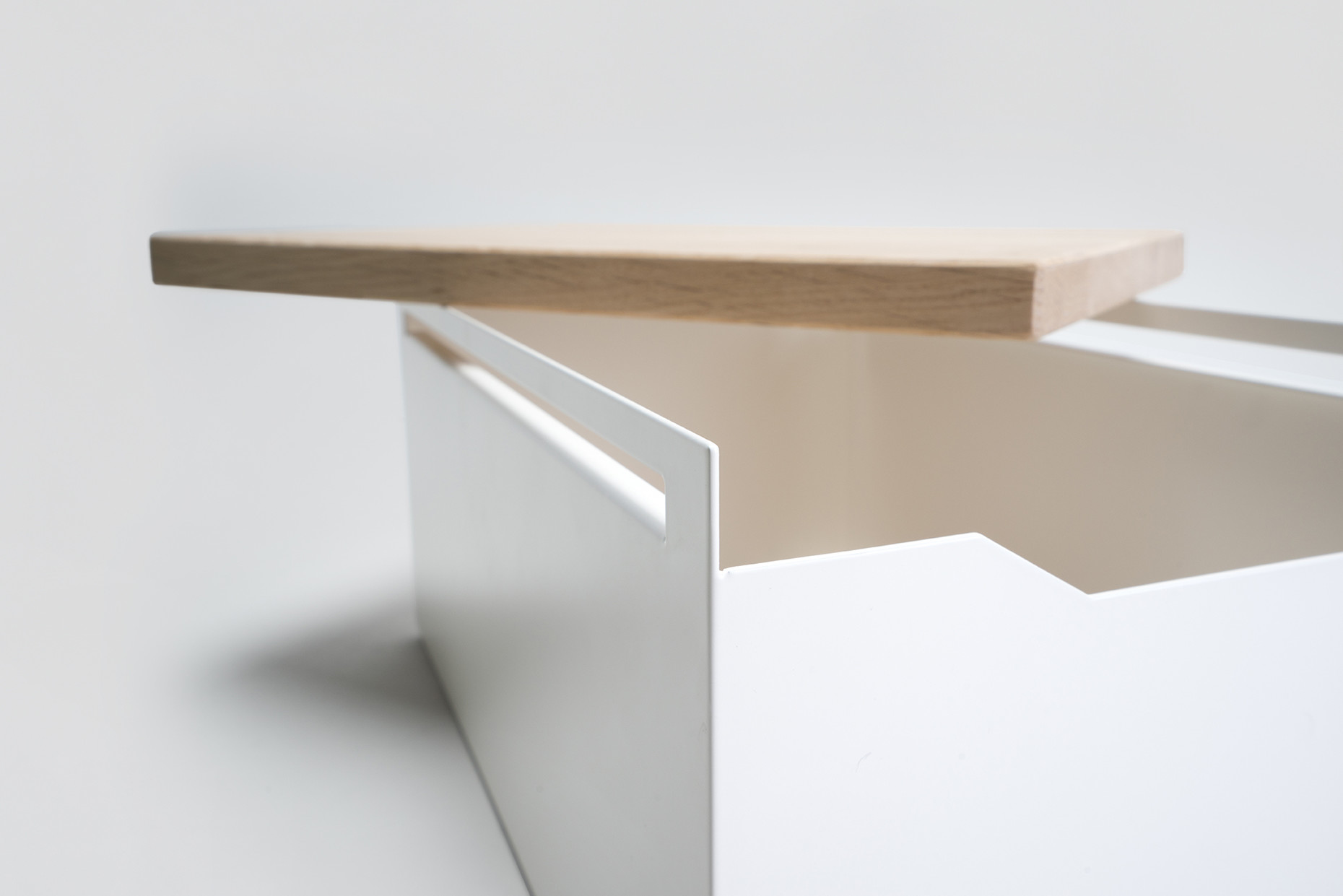 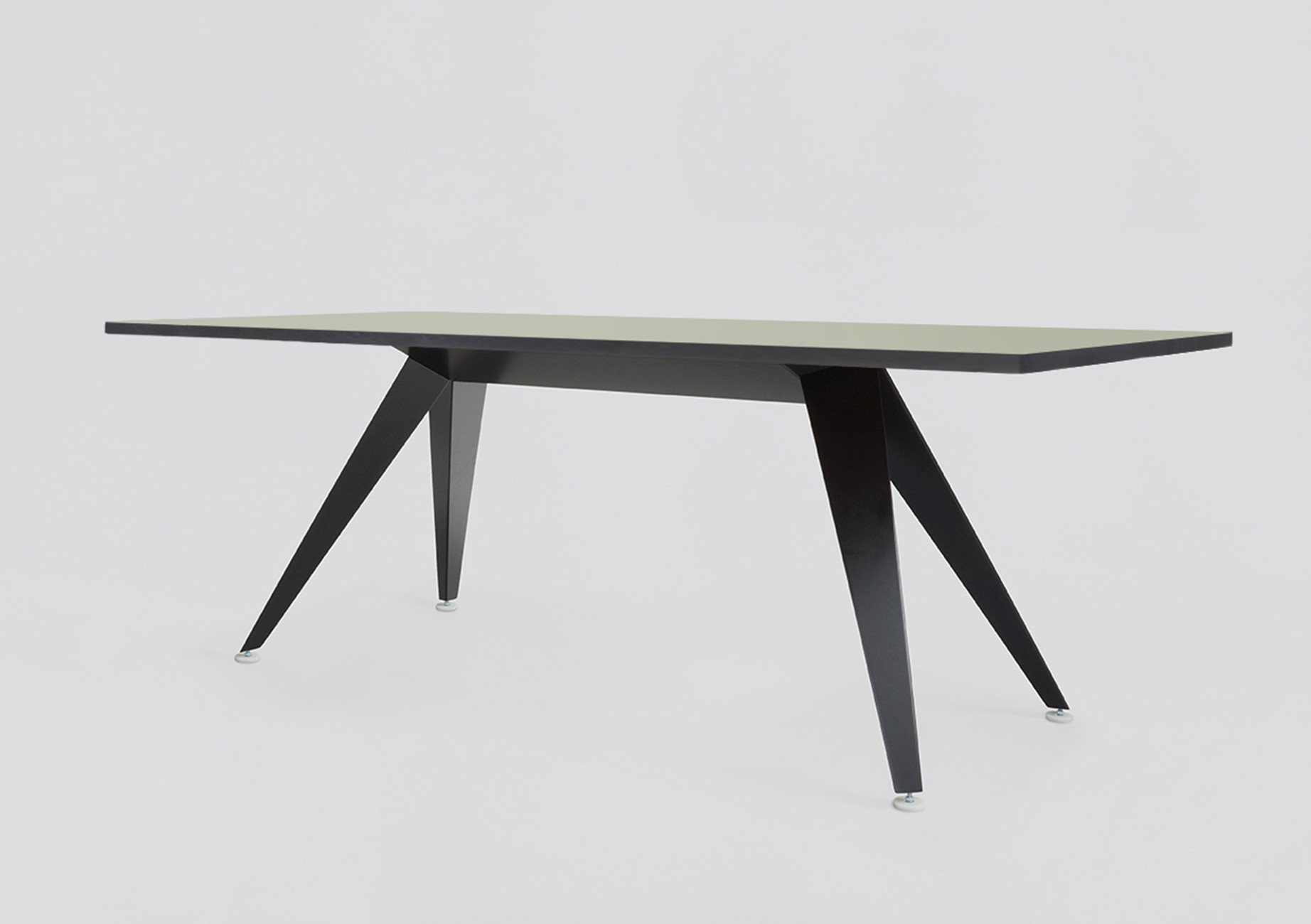 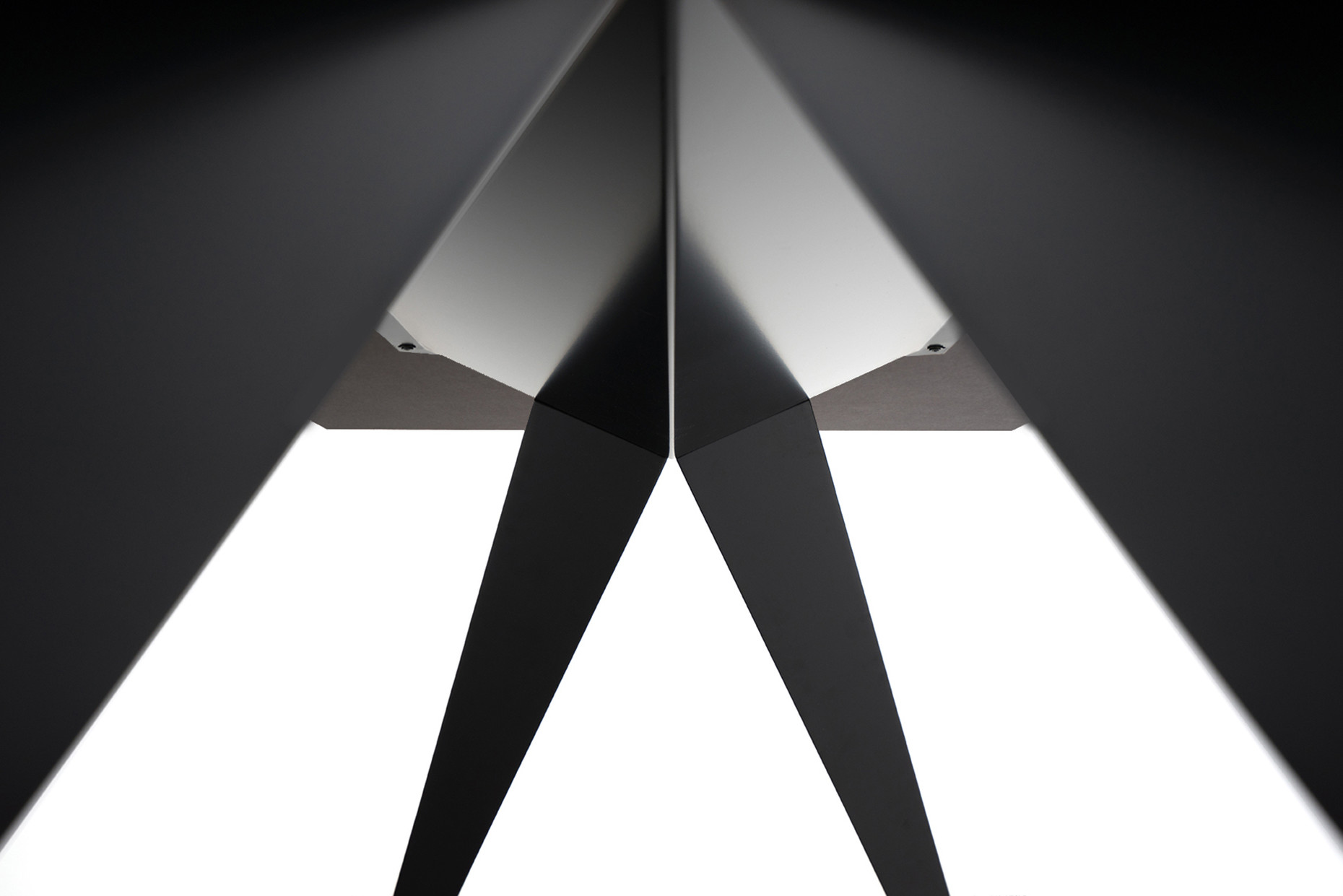 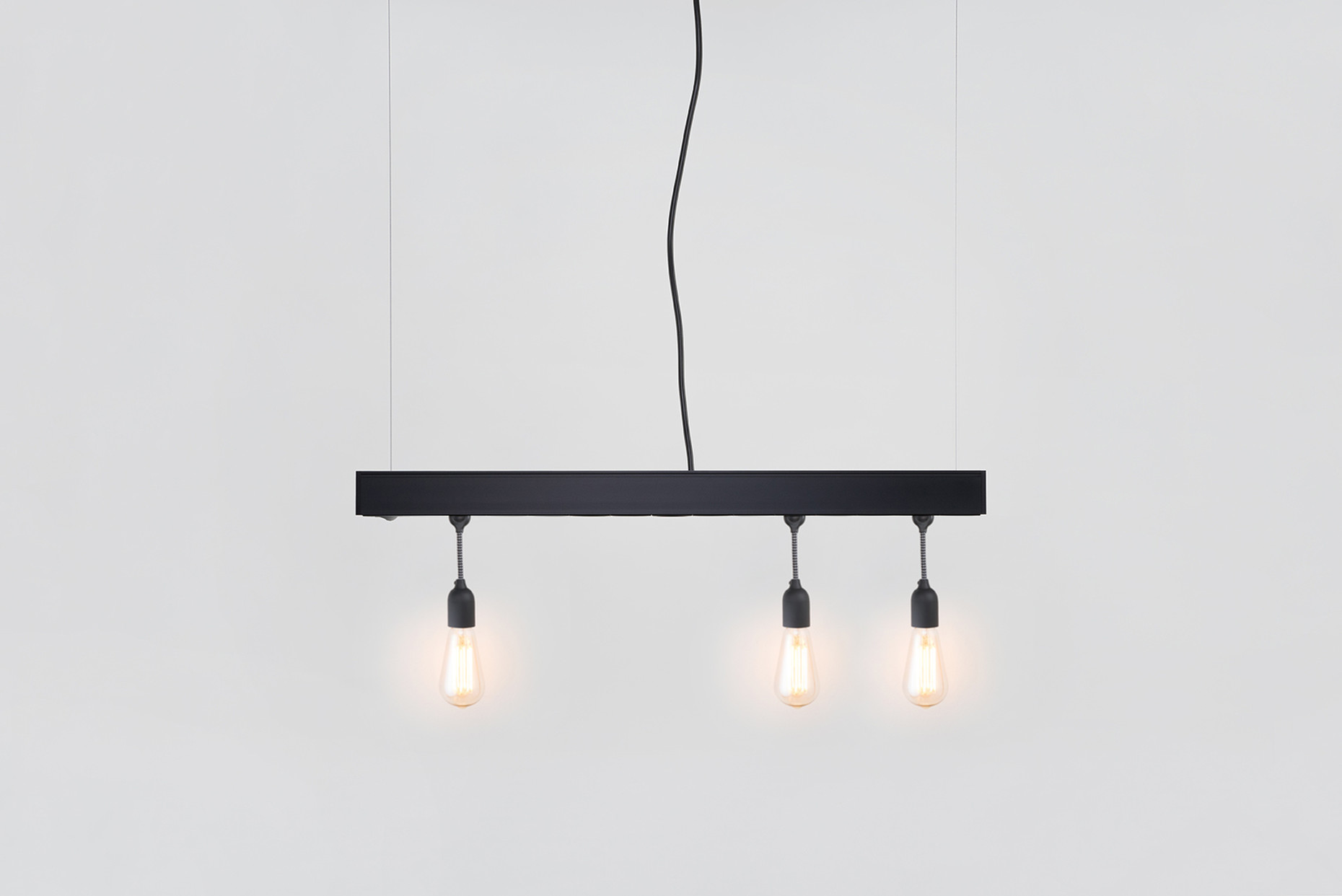 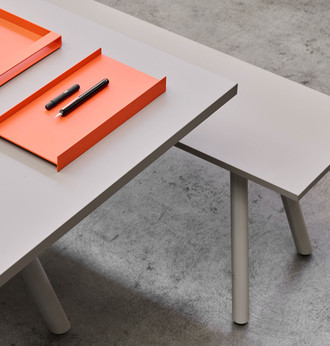 The expansion of the working zone

With its highly precise, pared back furniture the Berlin label New Tendency has made itself an international name. With “New Tendency+” they are expanding their portfolio to include customizing. 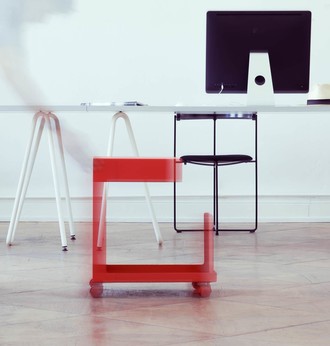 Anyone wanting to win out in the sector today needs not only a high-end design but also a precise business model, like the young L&Z company which has specialized in intelligent and well-designed office furniture. 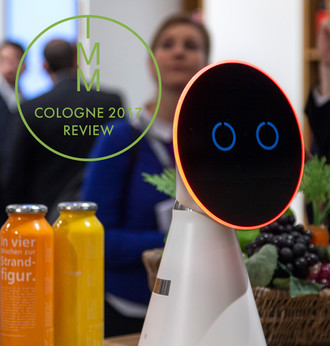