Lindner has fitted out the interior of the "Brainlab Tower Riem" as general contractor.
2/19/2018

On the former site of Munich Riem Airport stands a successful example of the conversion of a listed building: The eight-story control tower from the year 1939 was modernized and had a spacious office complex added according to plans by architecture studio Kadawittfeldarchitektur working with pmp Architekten. Subsequently, designer Markus Benesch conceived the interior fittings “from top to bottom” for Brainlab, a manufacturer of software-based medical technology. Together with founder Stefan Vilsmeier he developed creative ideas so as to underscore, through the design of both functional and presentation spaces, the character of “Brainlab Tower Riem” as a pioneering prestigious object. The interior fittings were handled by a single firm, namely Lindner, with a cooperation between the divisions Lindner Reinraumtechnik (Clean Rooms), and Lindner AG (General Fit-out). From the floor to the ceiling Lindner not only conducted most of the manufacturing and installation work, but also supplied the finished components. The fully functional showcase operating rooms (clinic), which Brainlab uses for test purposes and Brainlab and Lindner Reinraumtechnik use jointly as a showroom, are open to visitors. Here they are not met by white tiled walls, but by artistic installations and backlit glass wall claddings with ceramic prints.

In addition to the clinic and office spaces, Brainlab staff can enjoy a generous range of leisure activities, including a restaurant, fitness center and several lounge areas, even one at the top of the tower. For the interior fit-out Markus Benesch and his team created numerous wall surfaces and floors in advance on a 1:1 scale in model rooms enabling Brainlab to visualize the final result – “the entire building was produced in advance in sections,” explains the designer. Moreover, given the special nature of the building many interior elements were only developed during the realization phase, such as automatic glass doors complete with touch-free sensors, or a large sliding door with integrated projection screen. “We received excellent support from Lindner, but then again they are absolute professionals in this area of work,” says Markus Benesch. 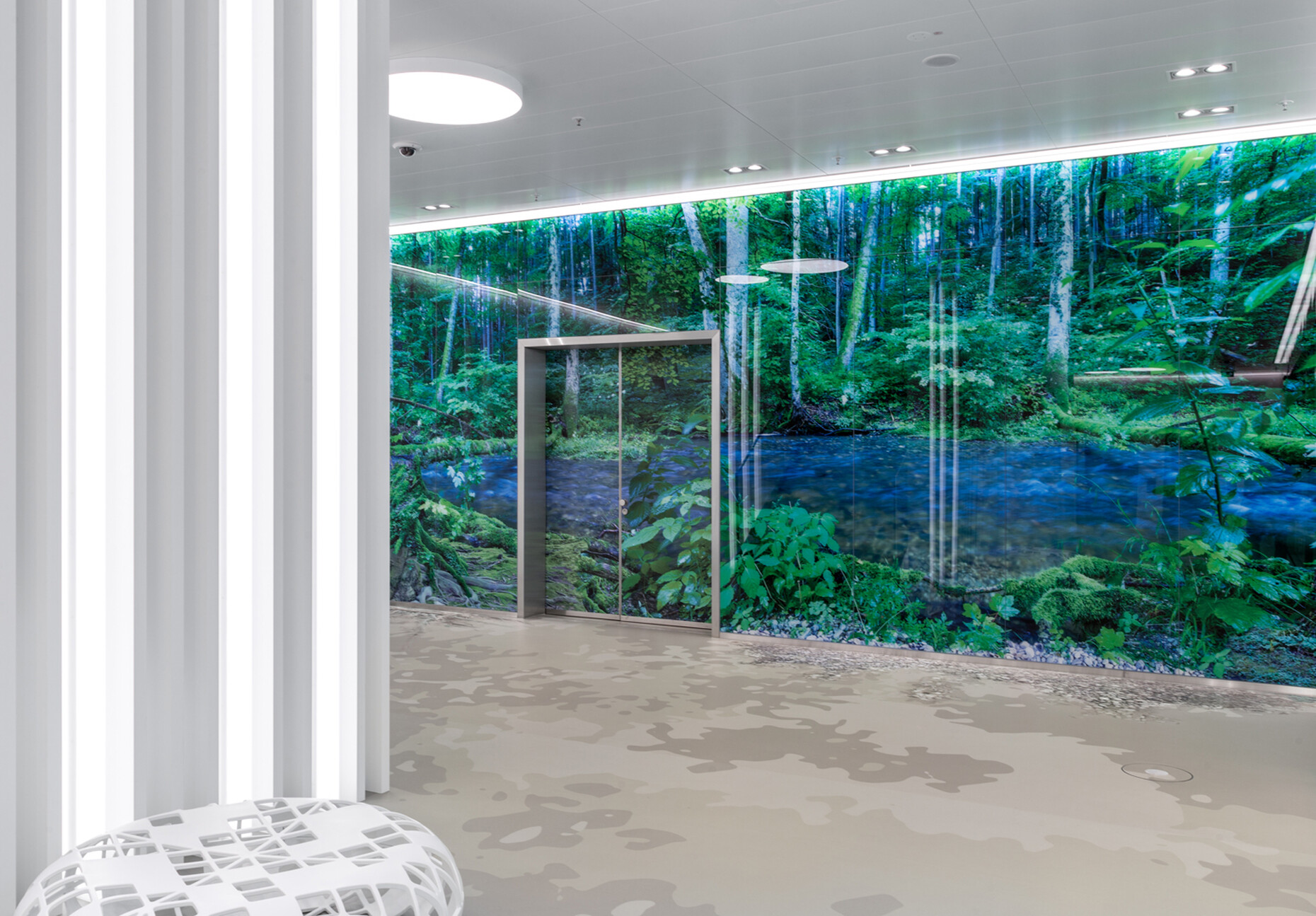 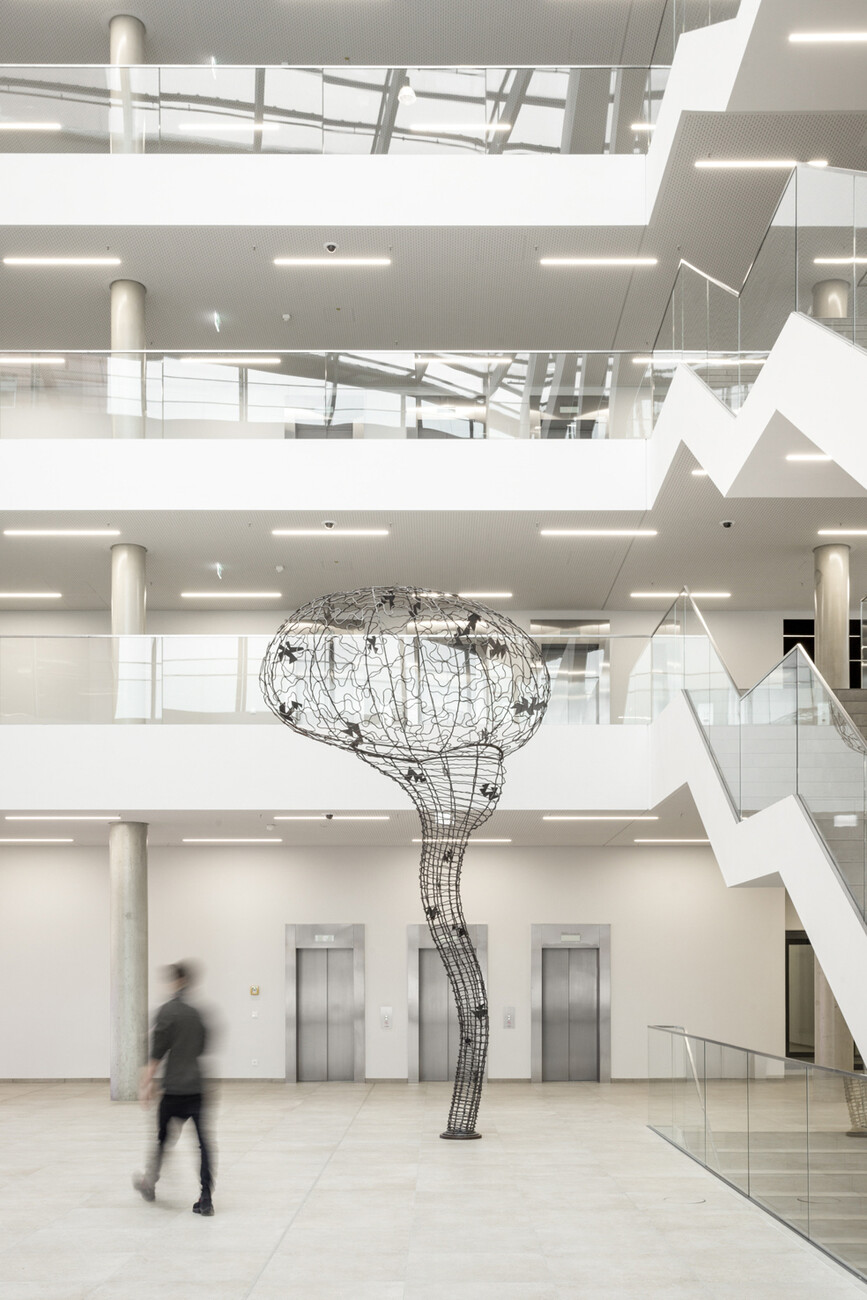 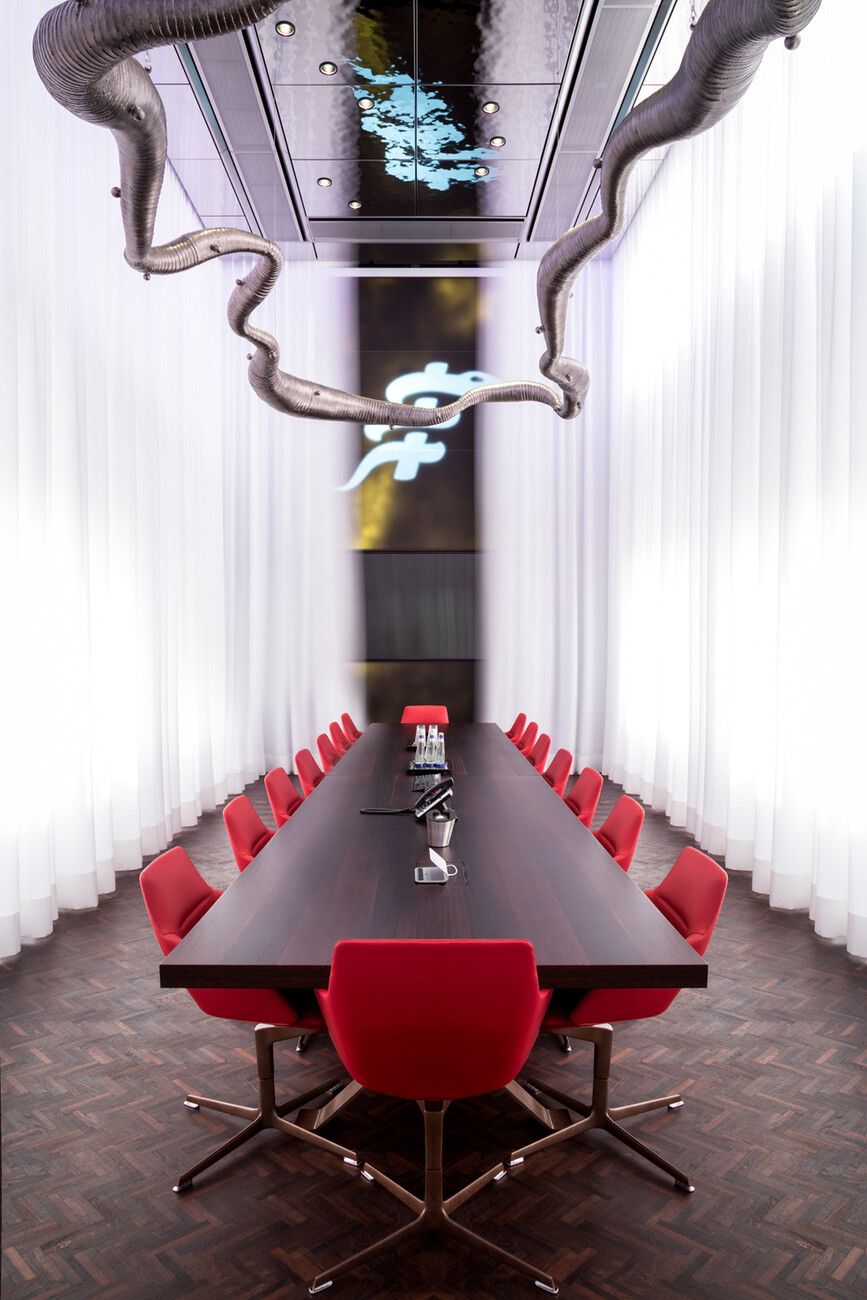 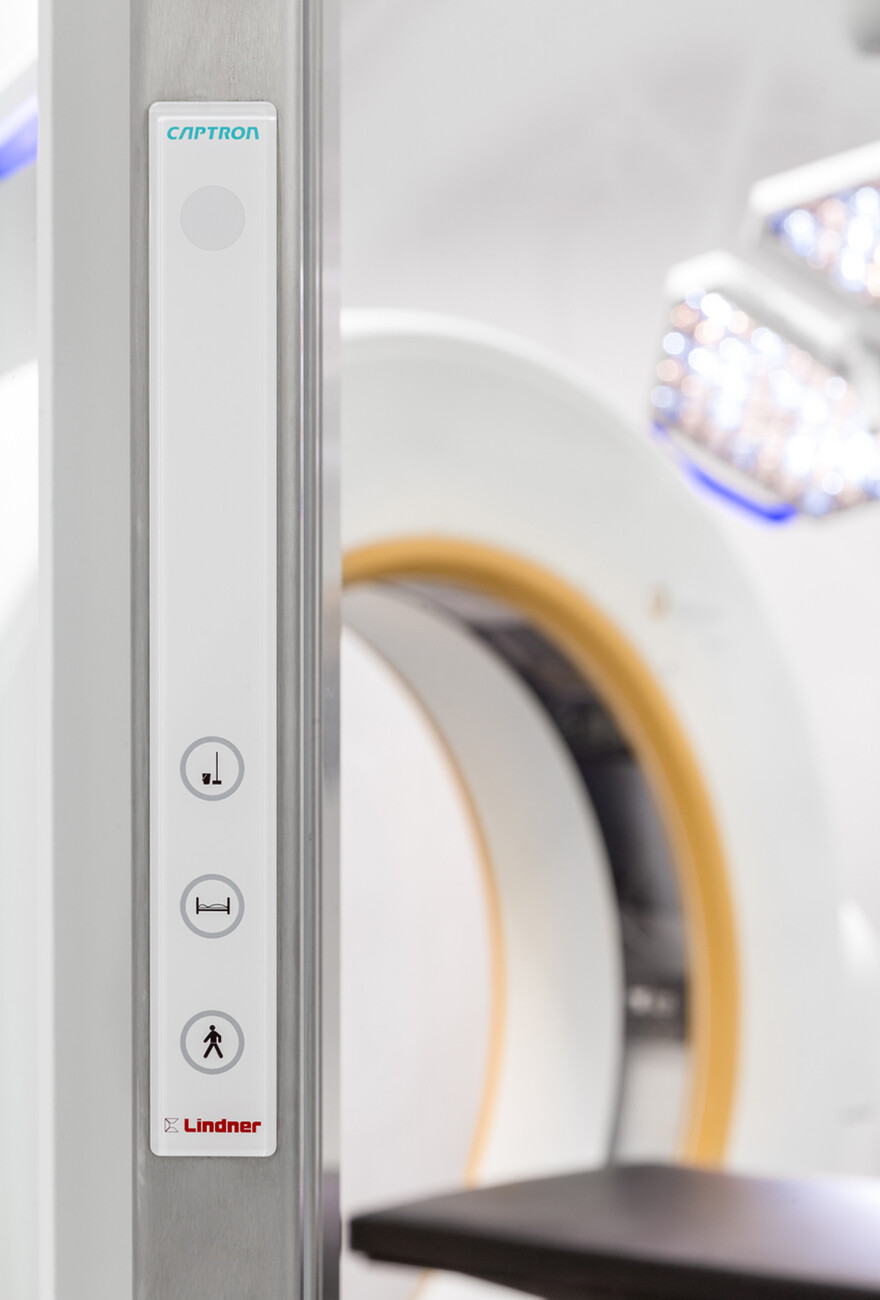 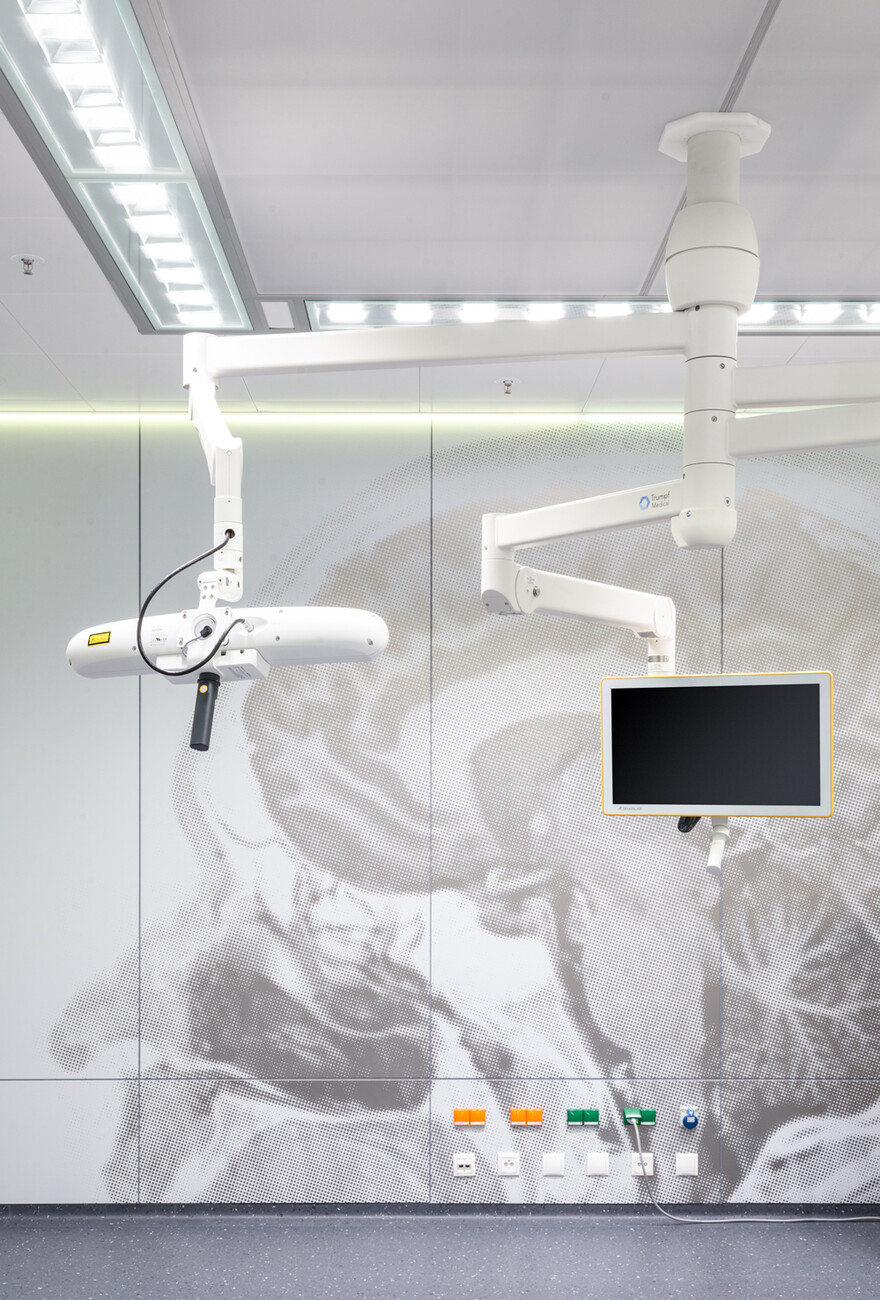 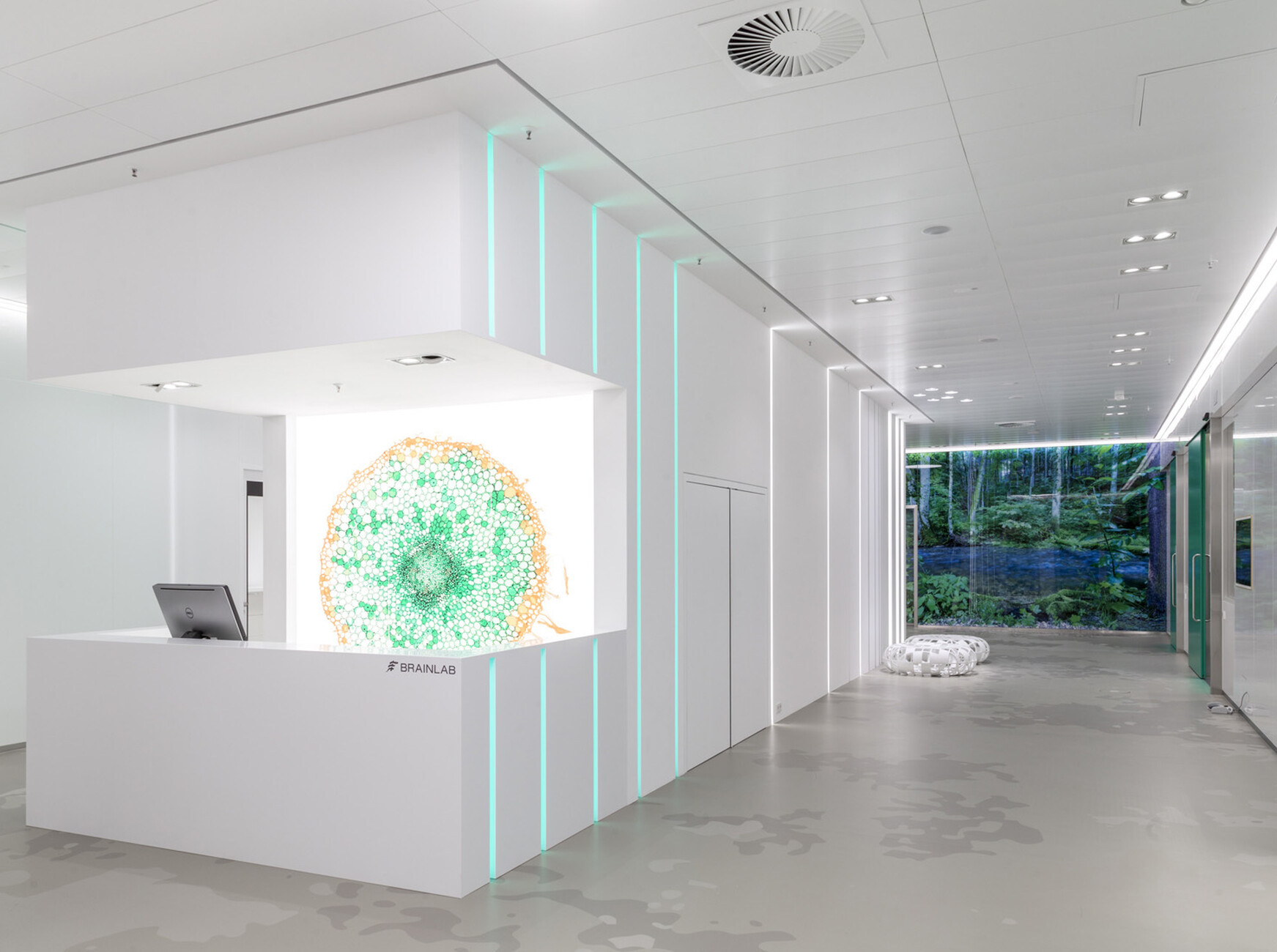 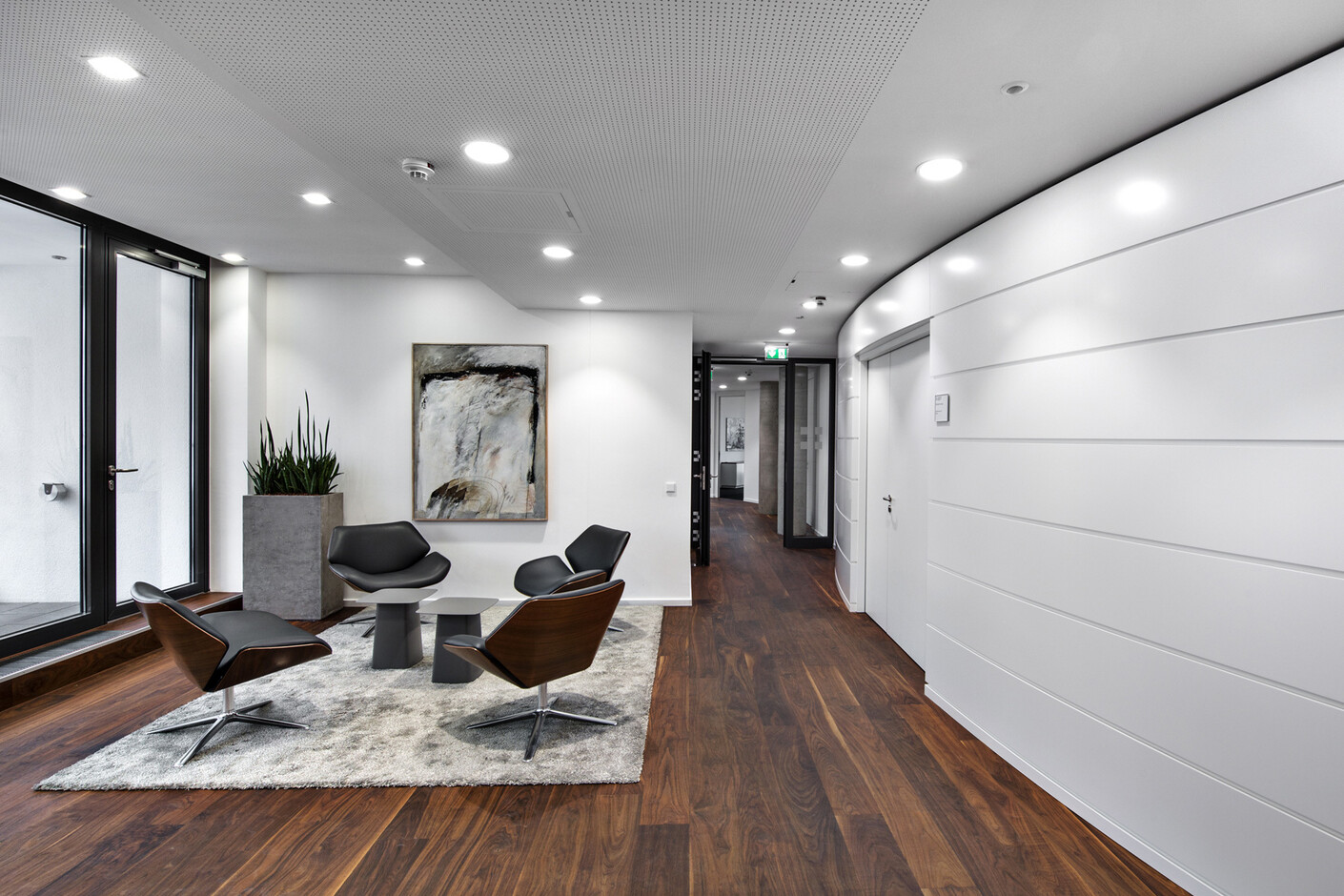 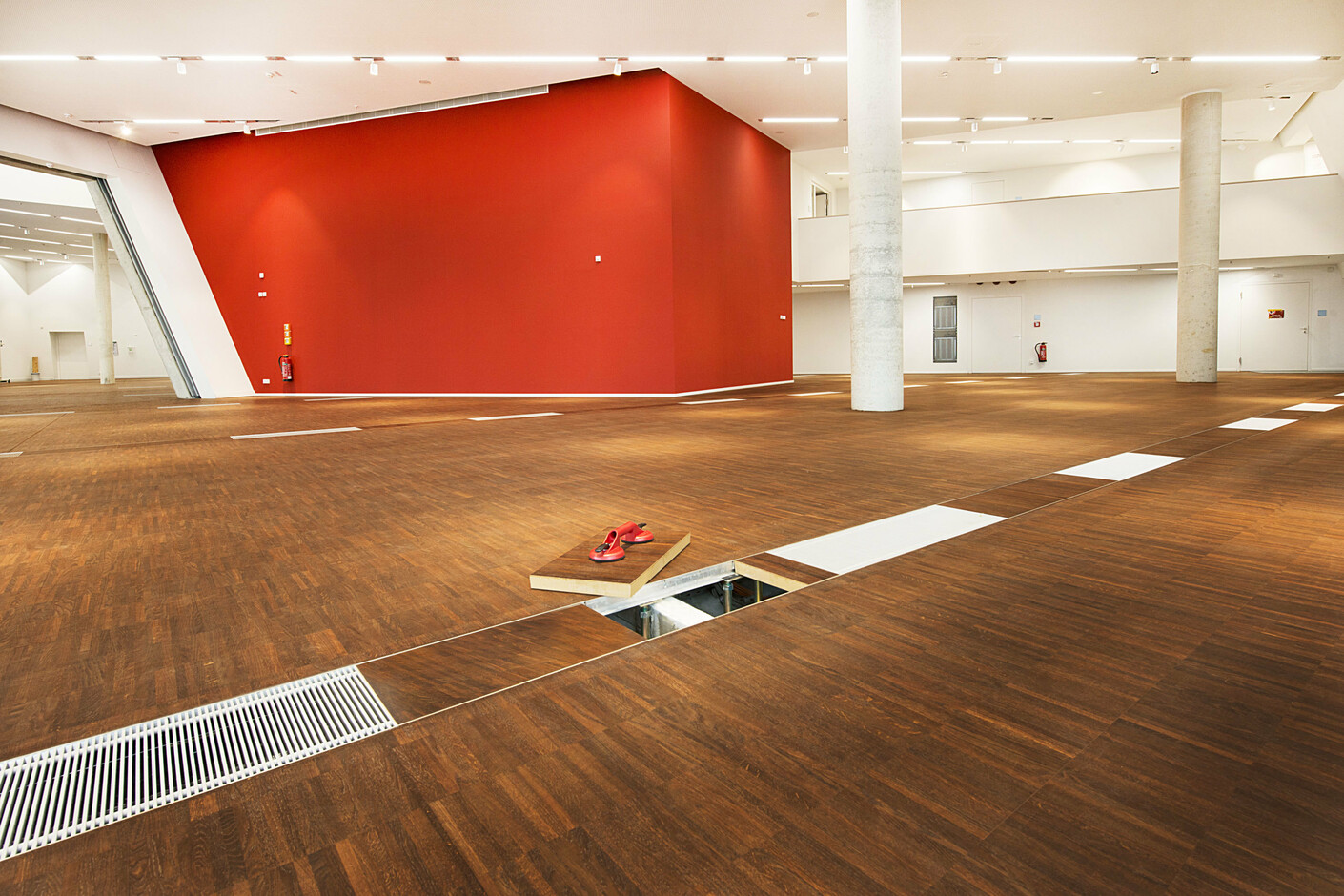 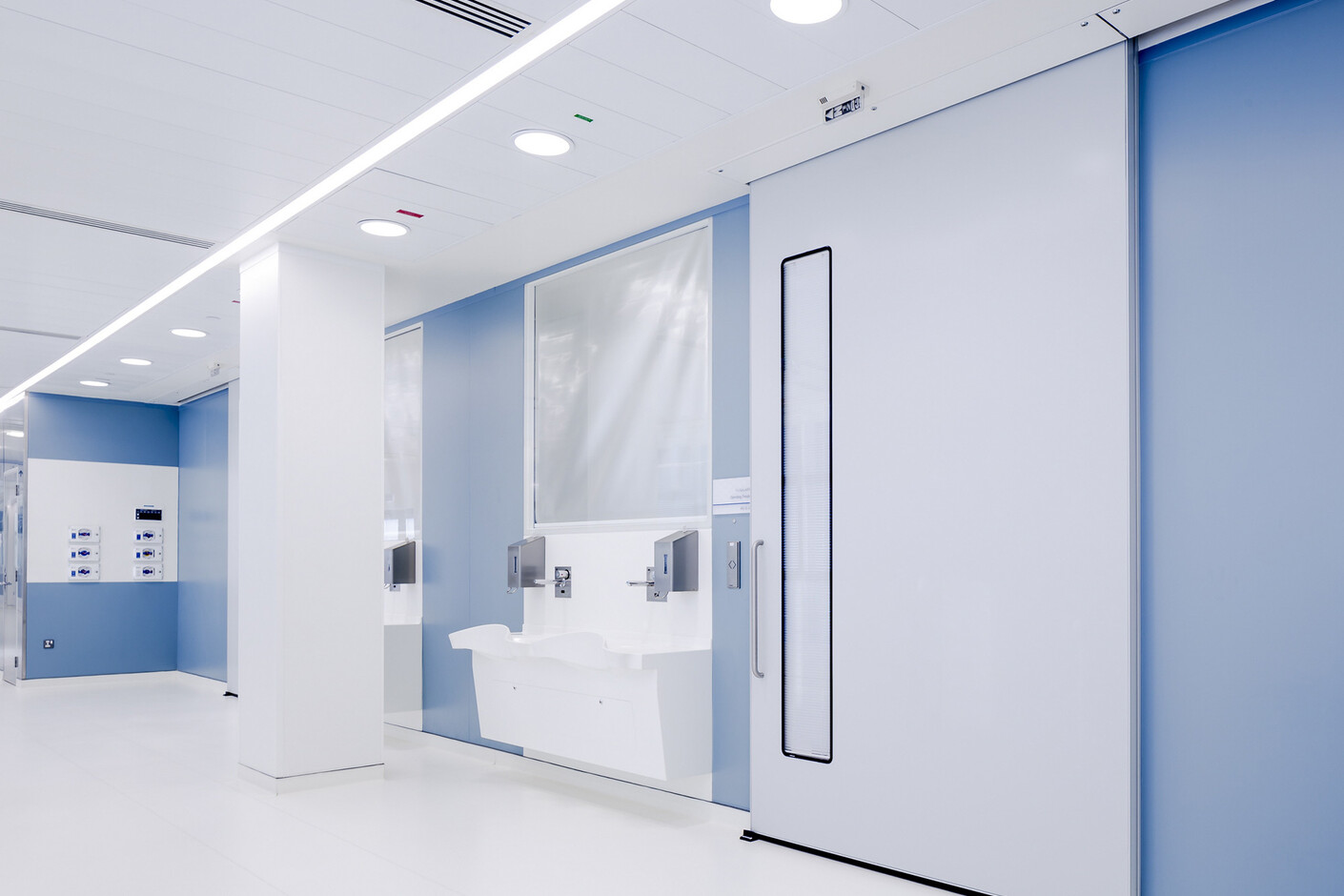 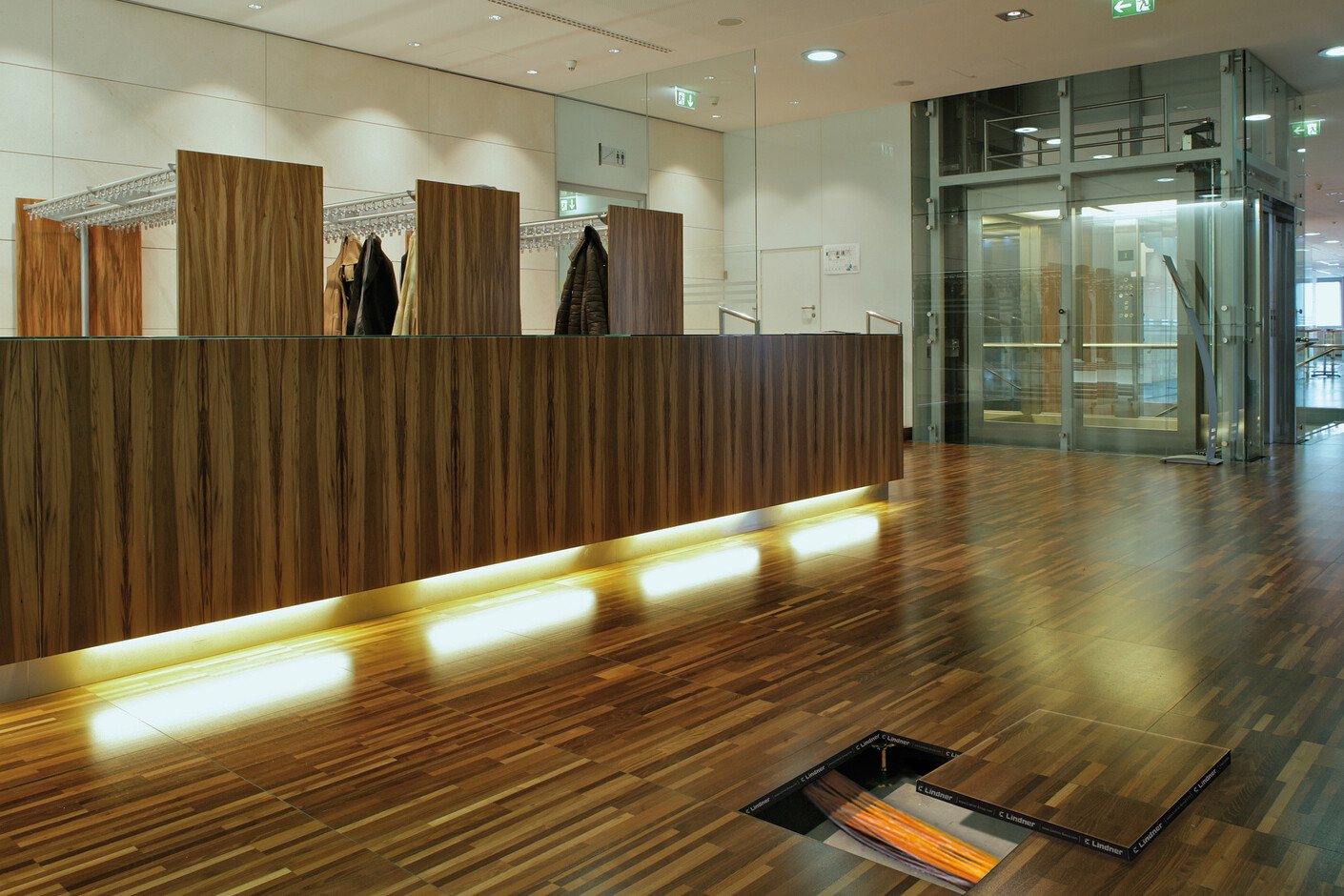 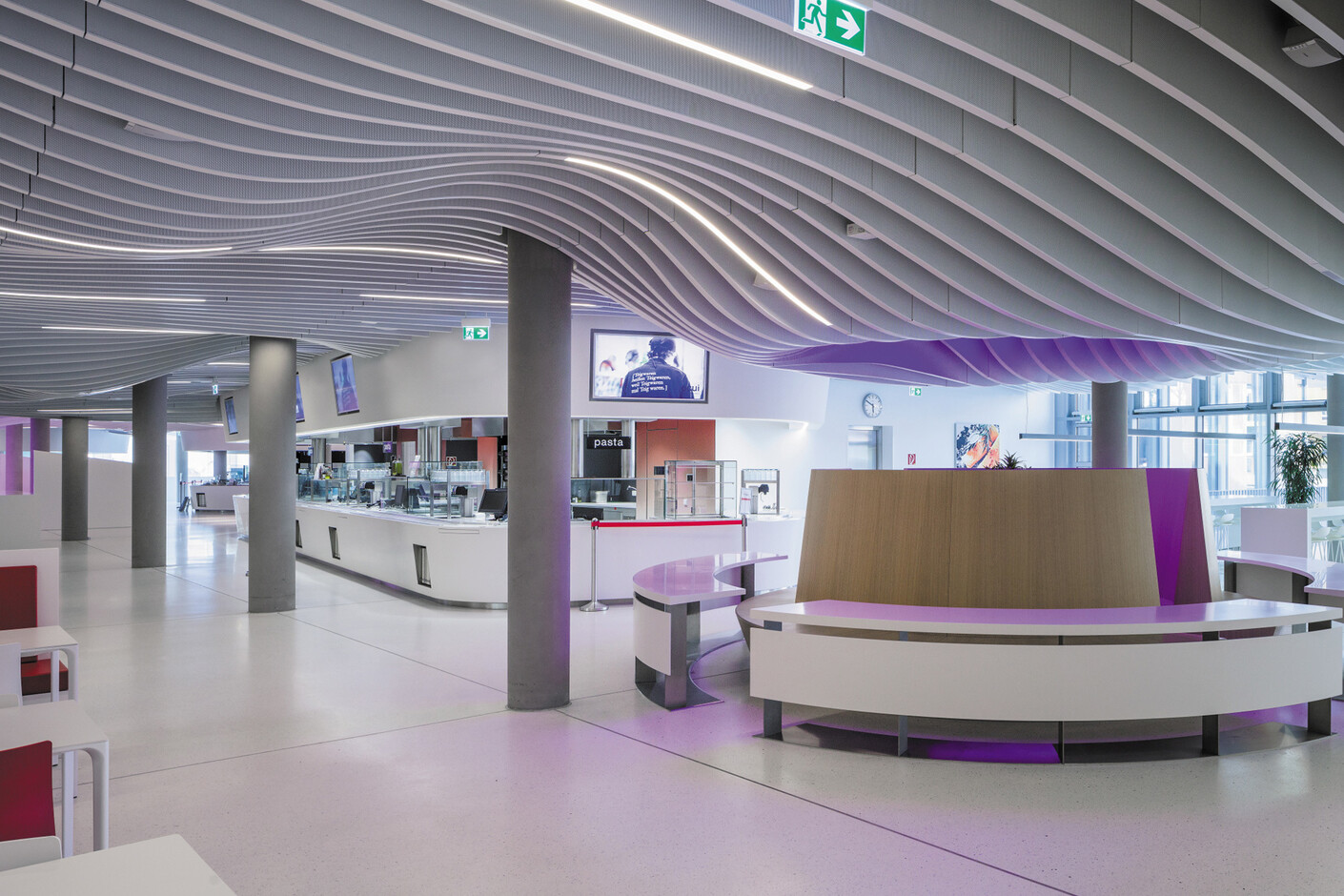 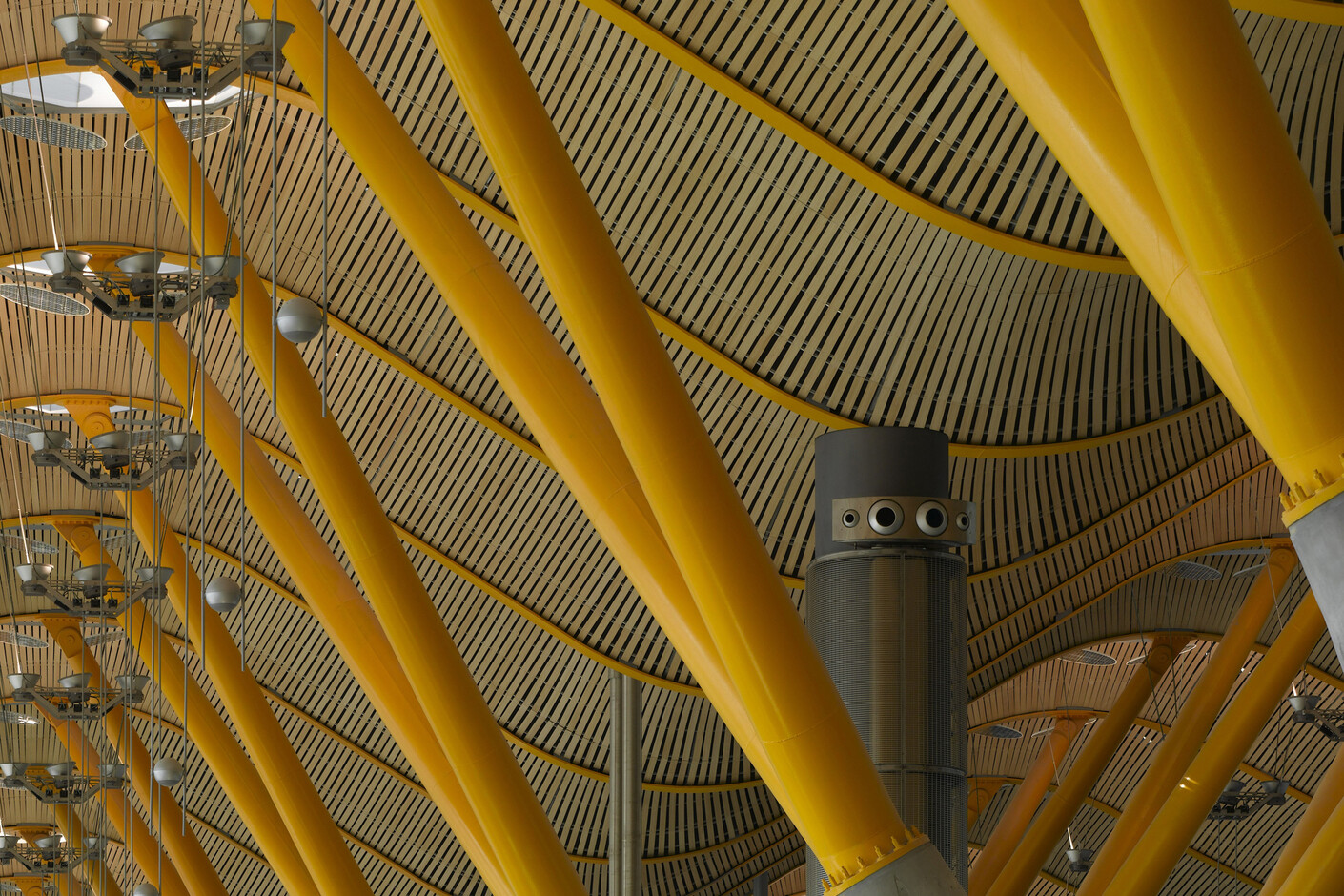 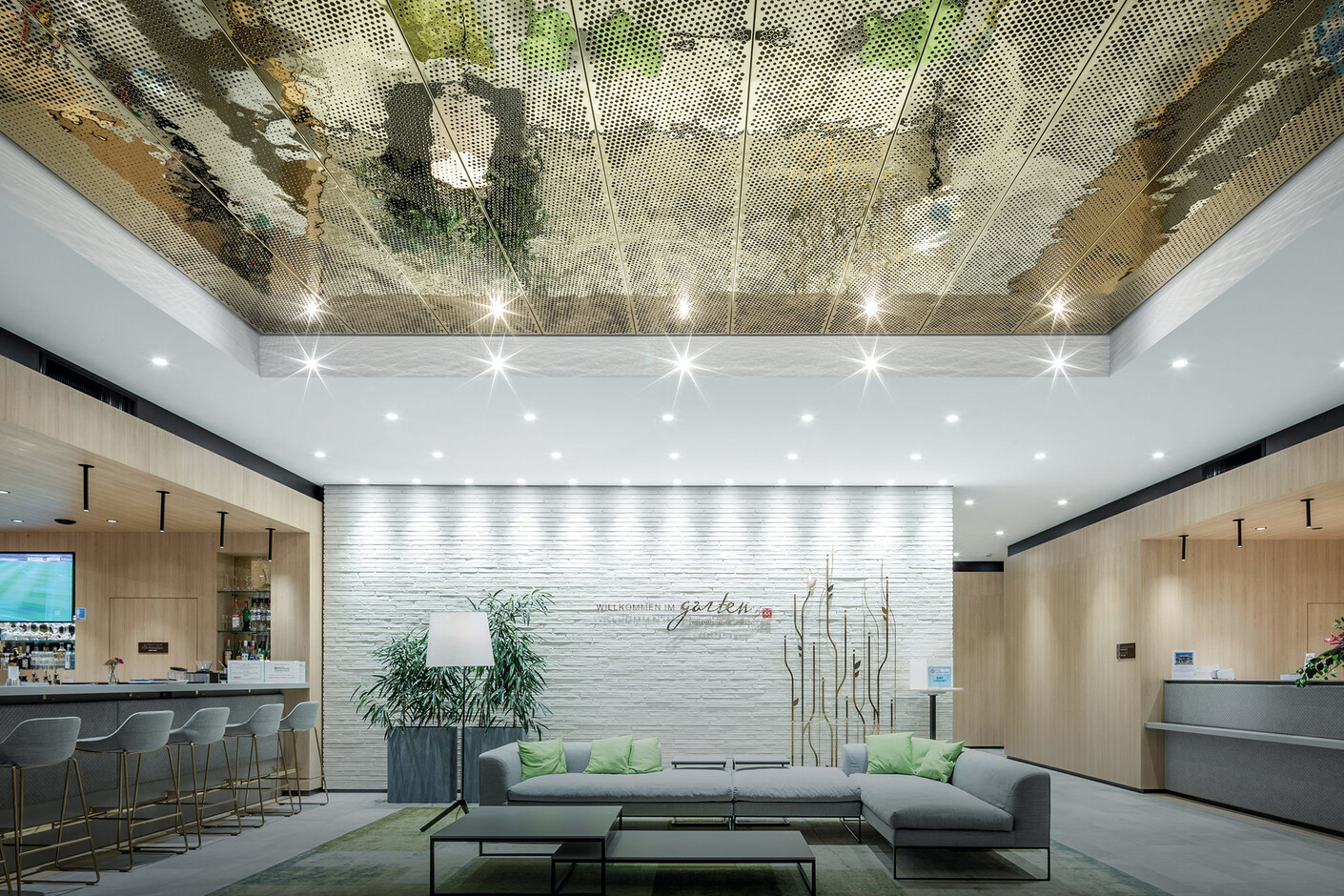 Gems beneath your feet

For the creative design of the underground railway stations along the new “Wehrhahn” line, architecture firm Netzwerkarchitekten are making use of individually manufactured ceiling systems from Lindner. 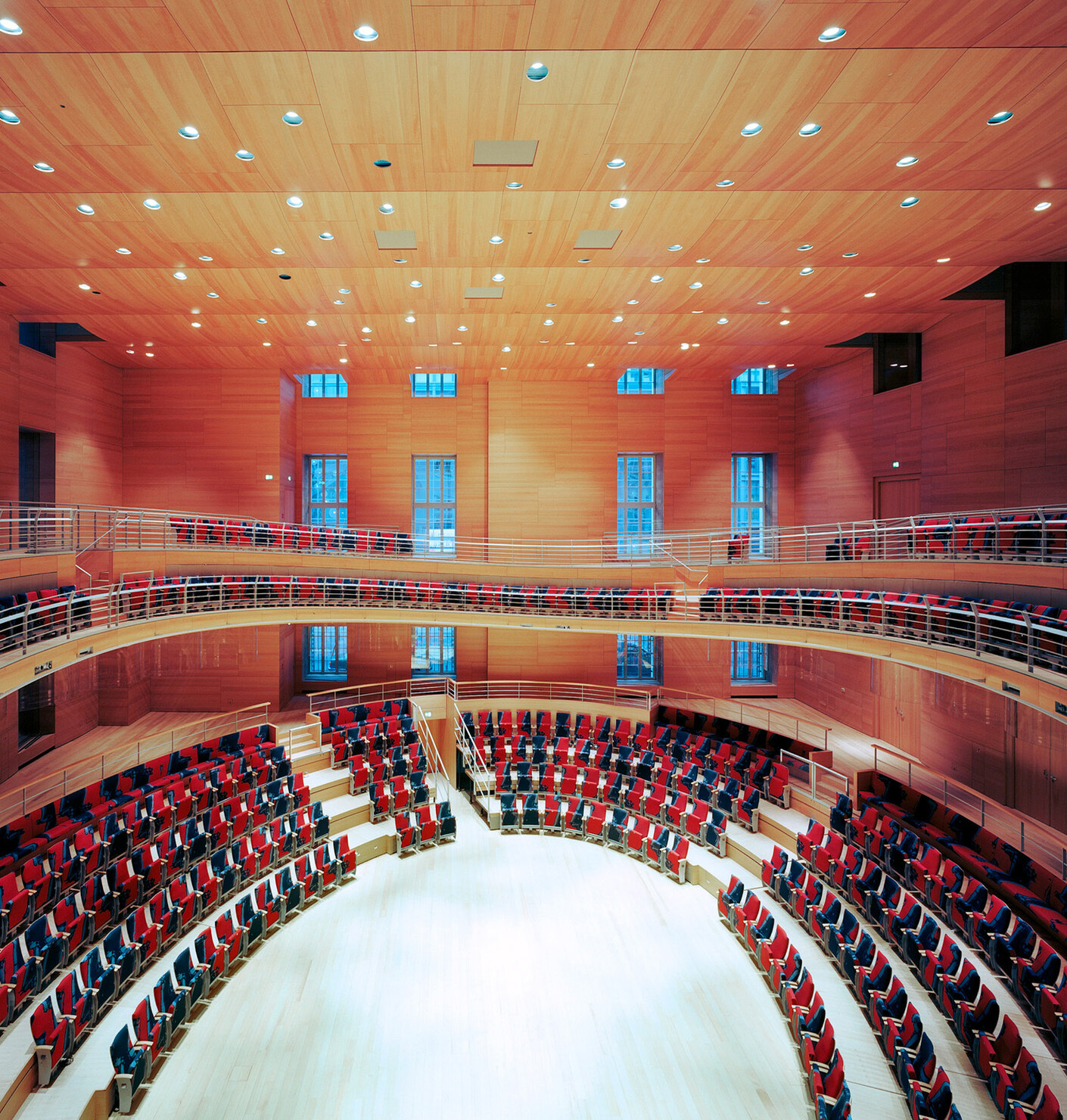 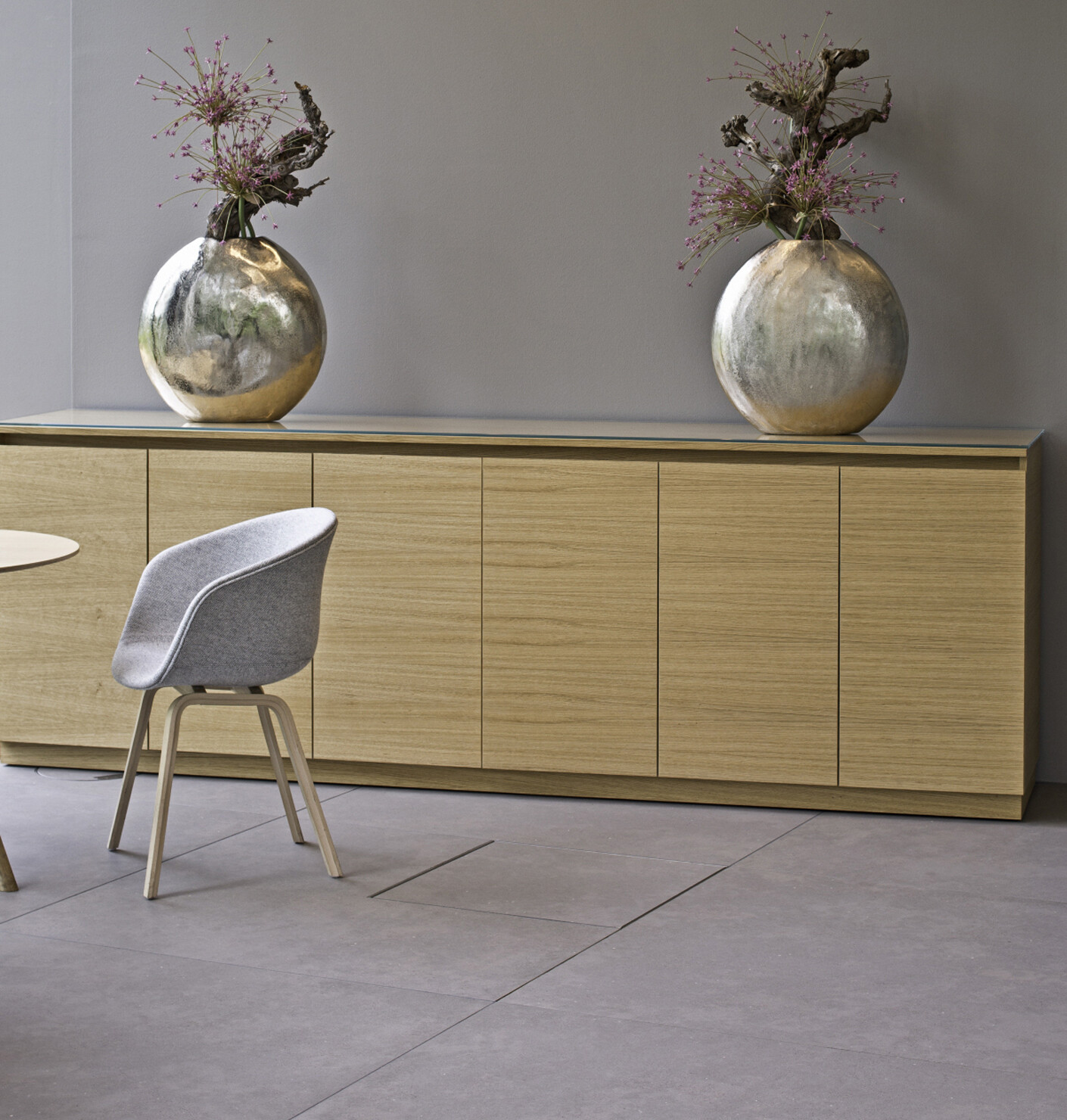 Lindner has fitted out the multipurpose complex Arabeska in Munich with durable floor coverings. 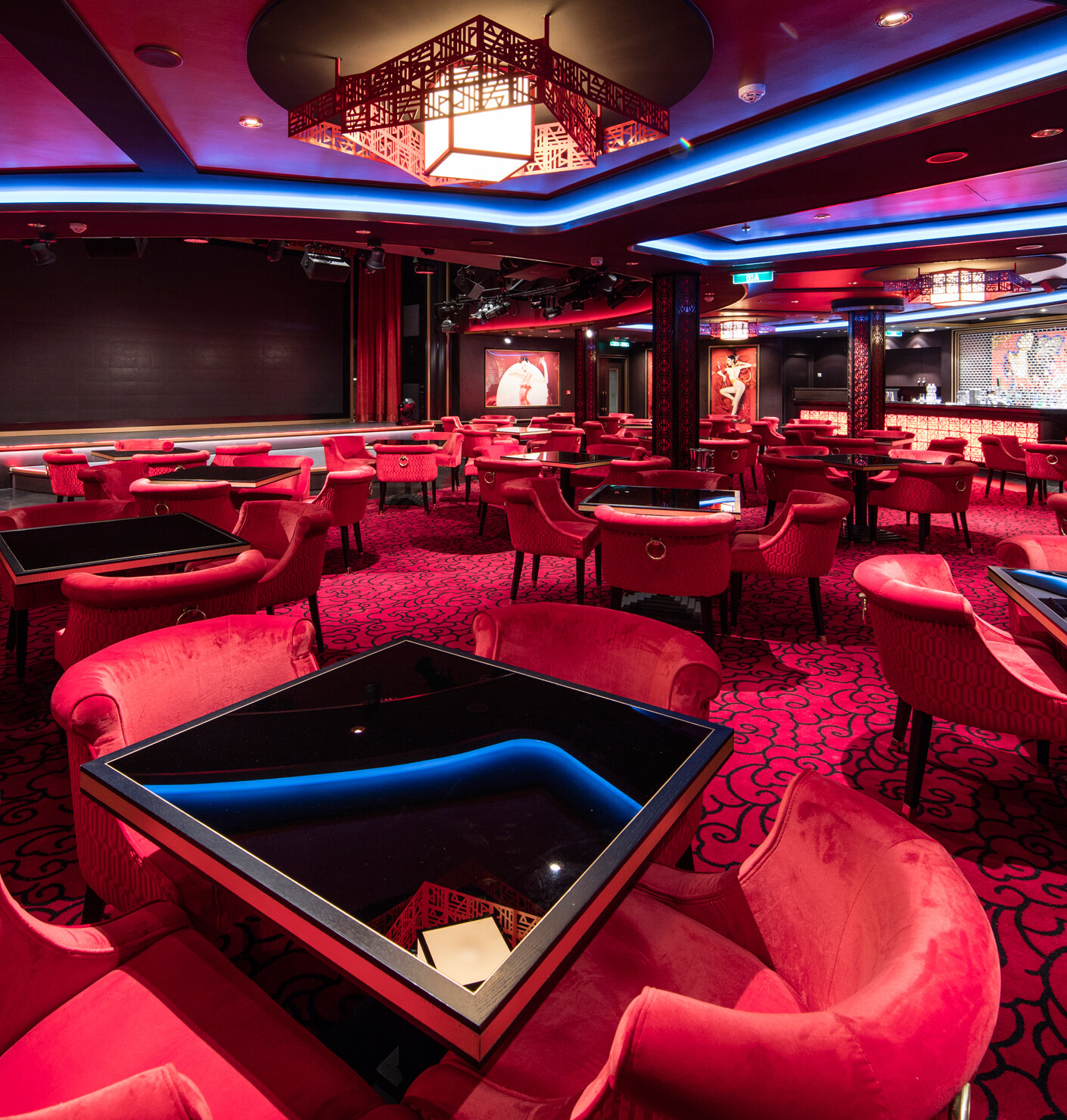 On the premium cruise ship “Genting Dream” Lindner Objektdesign created a theater with around 1,000 seats as well as restaurants with an Asian touch.