In the form of the Maraya Concert Hall Giò Forma has created a paradoxical illusion in the Al-`Ula valley in Saudi Arabia, a location steeped in archaeology: Against the desert backdrop, the mirrored cube designed by the Milan-based studio morphs into a stage for sand, rocks and passing clouds.
by Jeanette Kunsmann | 6/3/2020

The desert has fascinated countless architects and artists as a context, as have mirrors as a medium. Florian Boje, founding partner at Giò Forma Architects Designers & Artists, explains the concept for the Maraya Concert Hall as an “attempt to build non-architecture”. The idea was not to make a statement in its own right but primarily to foster harmony between the building and the surrounding landscape. Even if the Saudi desert strongly tempts you to design a sculpture as an architect, Boje continues, you need to resist the urge in order to preserve the character of the landscape. In such instances, the art of building becomes the negation of negation: a double negative.

The Maraya Concert Hall project began with a temporary precursor. In 2018, under contract to the Royal Commission of Al-`Ula (RCU) Giò Forma initially erected a festival installation at the in Al-Ula architectural site of Mada’in Saleh, and it made such a lasting impression that only a year later the Royal Commission sought to have a permanent events hub created. The Giò Forma team’s idea for a building completely clad in reflective glass saw them emerge winners of the second tender, too, and likewise provided the name. “Maraya” is Arabic for reflection, for a mirror. The reflective oasis for culture, concerts, conferences, complete with restaurant and bar. The standalone block, with sides that are 100 meters long, does not in any way disturb the imposing impression of the rock formations surrounding it in the wadi, and instead creates an entrancing addition to the magical landscape where colors change from deep burgundy red to almost whitish beige depending on where the sun is in the sky. The reflective façade dissolves the block and creates an optical illusion that shimmers on the horizon like another desert mirage.

With its pre-Islamic history, the Al-`Ula valley is of especial importance. Mada’in Saeih is considered the necropolis of the Nabataeans who 2,000 years ago hewed about 100 monumental tombs into the bizarre rock formation made of compacted sandstone – and today a UNESCO World Cultural Heritage site. Still a young region in tourist terms, the region is as large as a country such as Belgium – a “city that is fast evolving”, as Florian Boje emphasizes – he also assisted with the expansion project for Al-Ula’s Prince Abdulmajeed Bin Abdulaziz Airport. There was not much time left as the tourism season runs from December to March, and so it was that only 70 days after presenting the design the concert hall already opened its doors. Structurally speaking, the block consists of a steel frame that is clad on the outside and inside. The architects wanted large reflective glass panels for the curtain façade, which is ventilated from behind, that could withstand the hot desert days and cold desert nights, not to mention sandstorms. Together with Guardian Glass they purpose-developed a new mirror panel. All 3,000 elements were subject to pre-tempering so that they could be broken into small pieces. The fine edges reveal the contours of the 26-meter high block. Giò Forma also took the lines of sight and perspectives into account, as the mirror reflection is very exciting closer up but less so from a distance. As the façade panels are not entirely flat, the reflection is not a simple mirror-image, but rather creates a dimension of its own.

On the inside, the new build resembles a cave: Structured across three levels, the rooms are largely screened from the outside world. Only the stage machinery is linked to its surroundings. Because the back wall can be opened like a sliding door across a breadth of 50 meters the desert then functions as a natural on-site backdrop to the concert hall. During performances, the sand can run right through into the auditorium, which has an audience capacity of 550. This is taken up in the parametric design of the wooden elements above the rostrum which the designers intend to emulate the geological sand strata. "For us, it’s all a stage, including the building itself,” says Florian Boje. 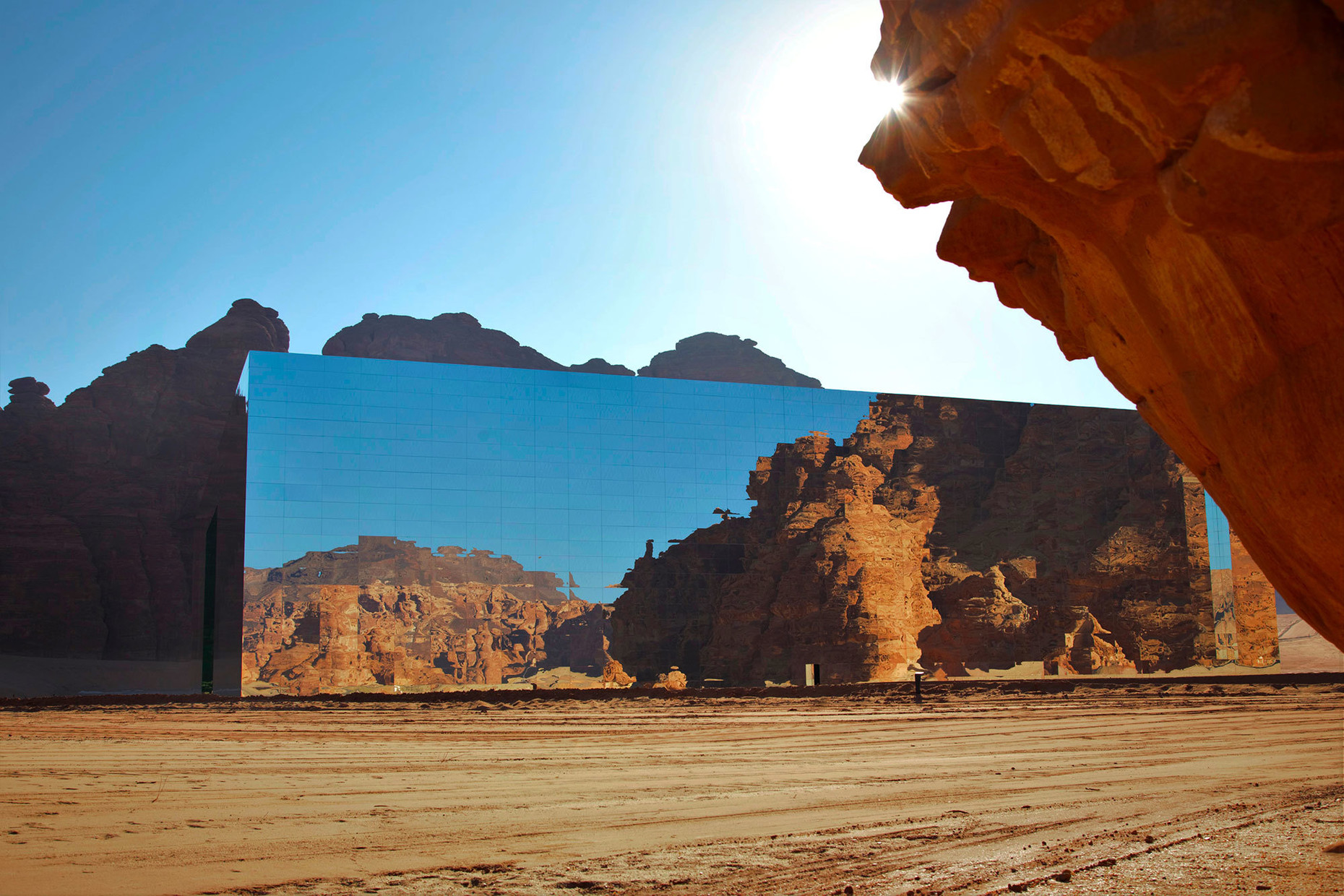 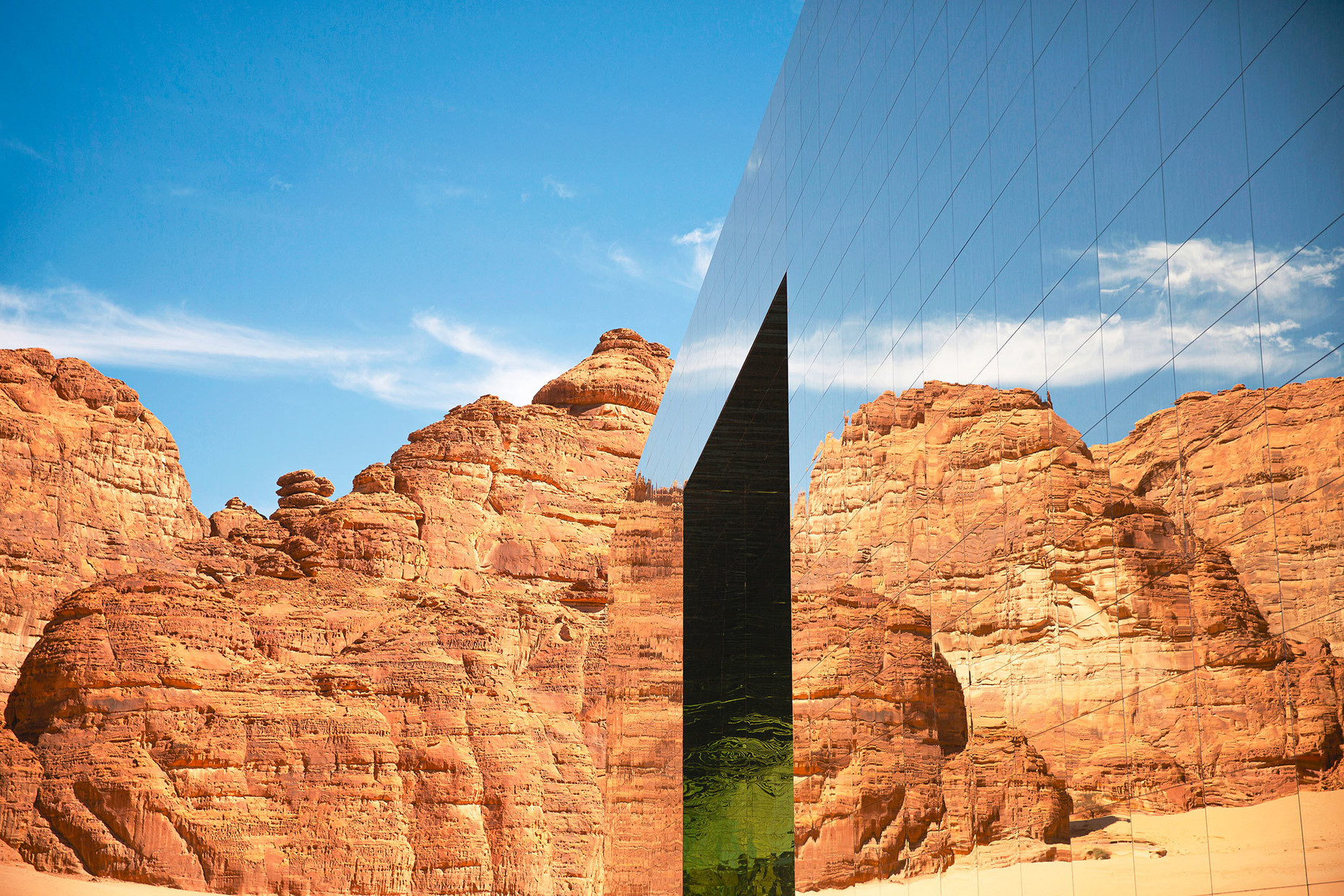 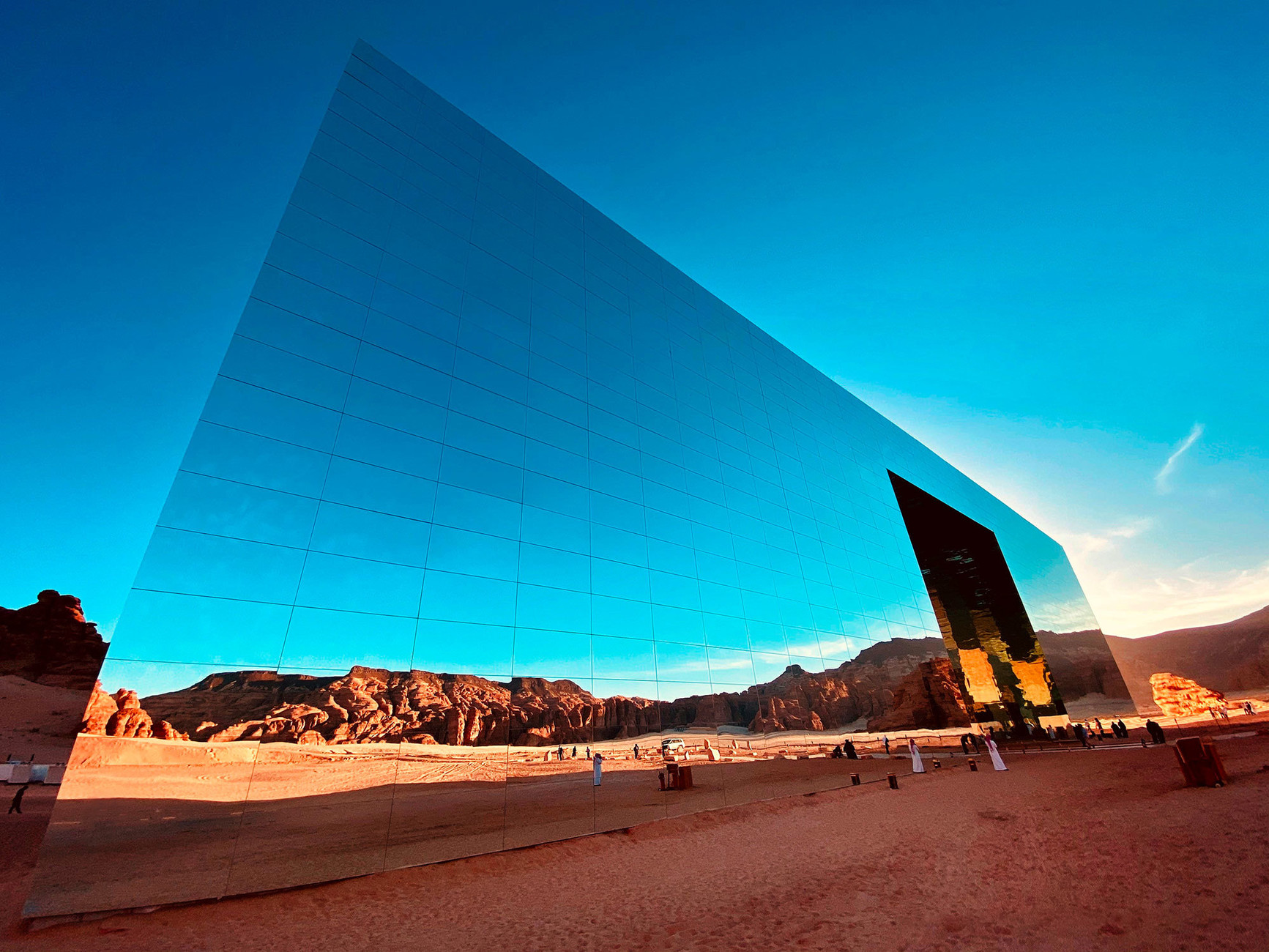 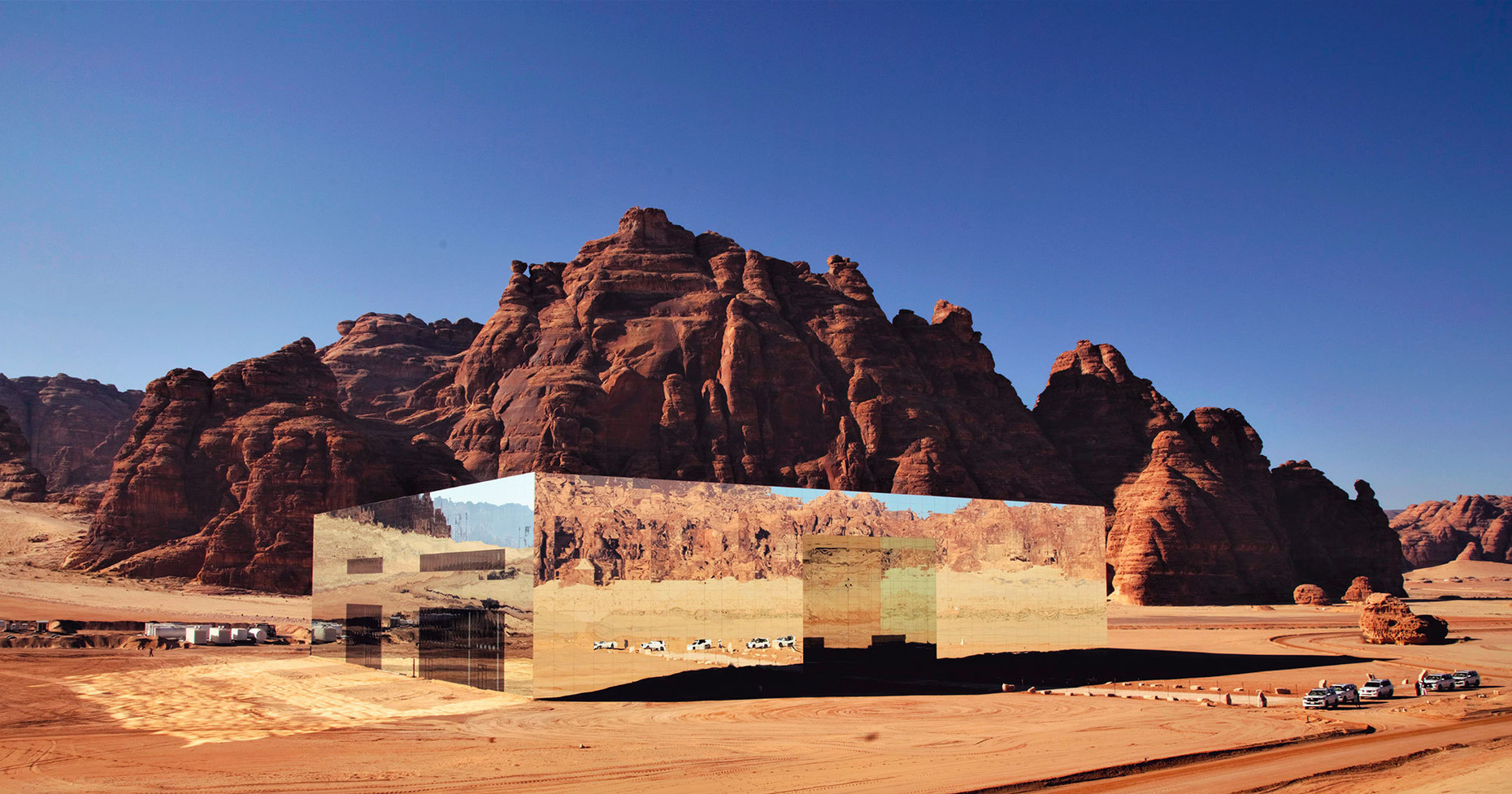 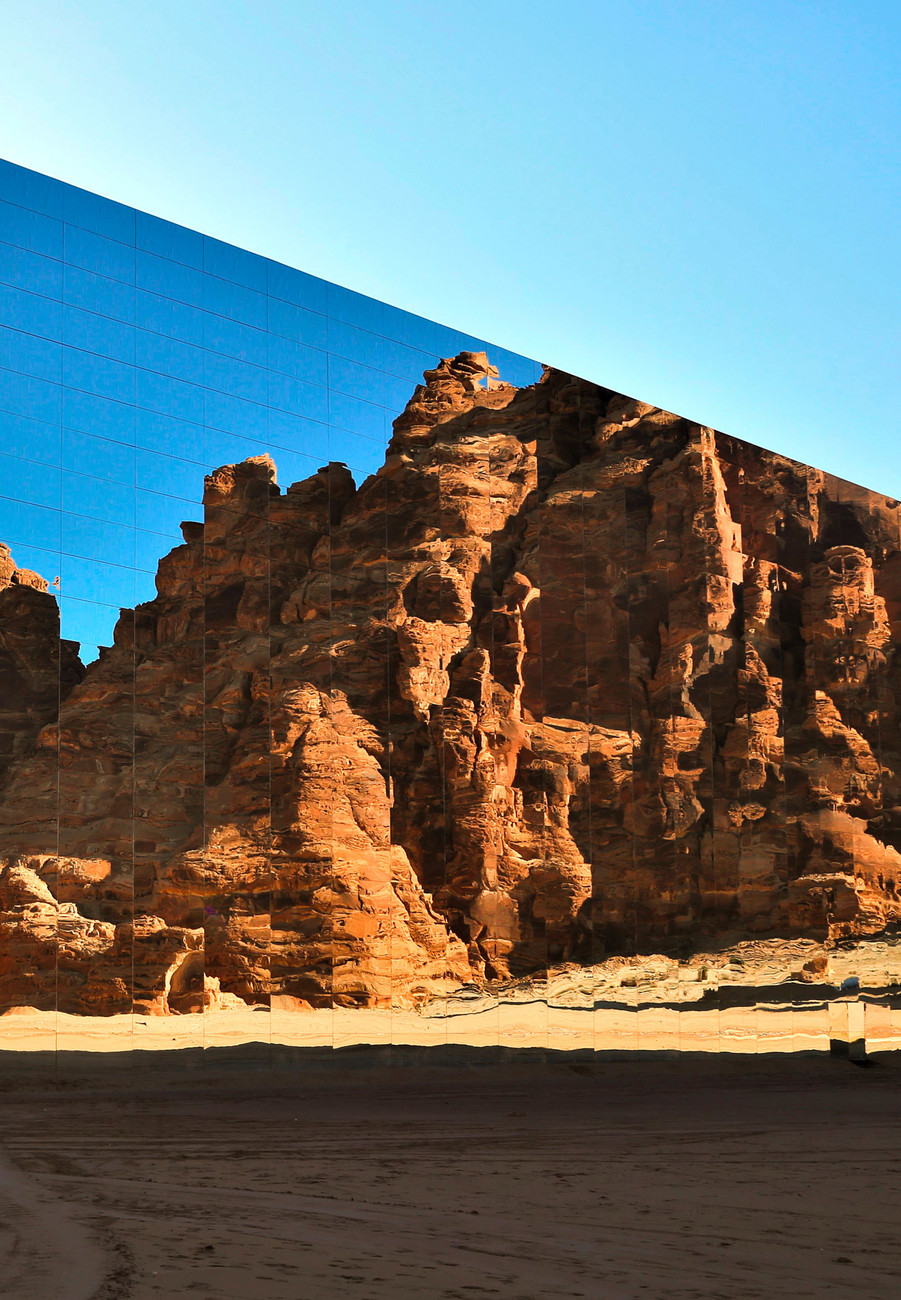 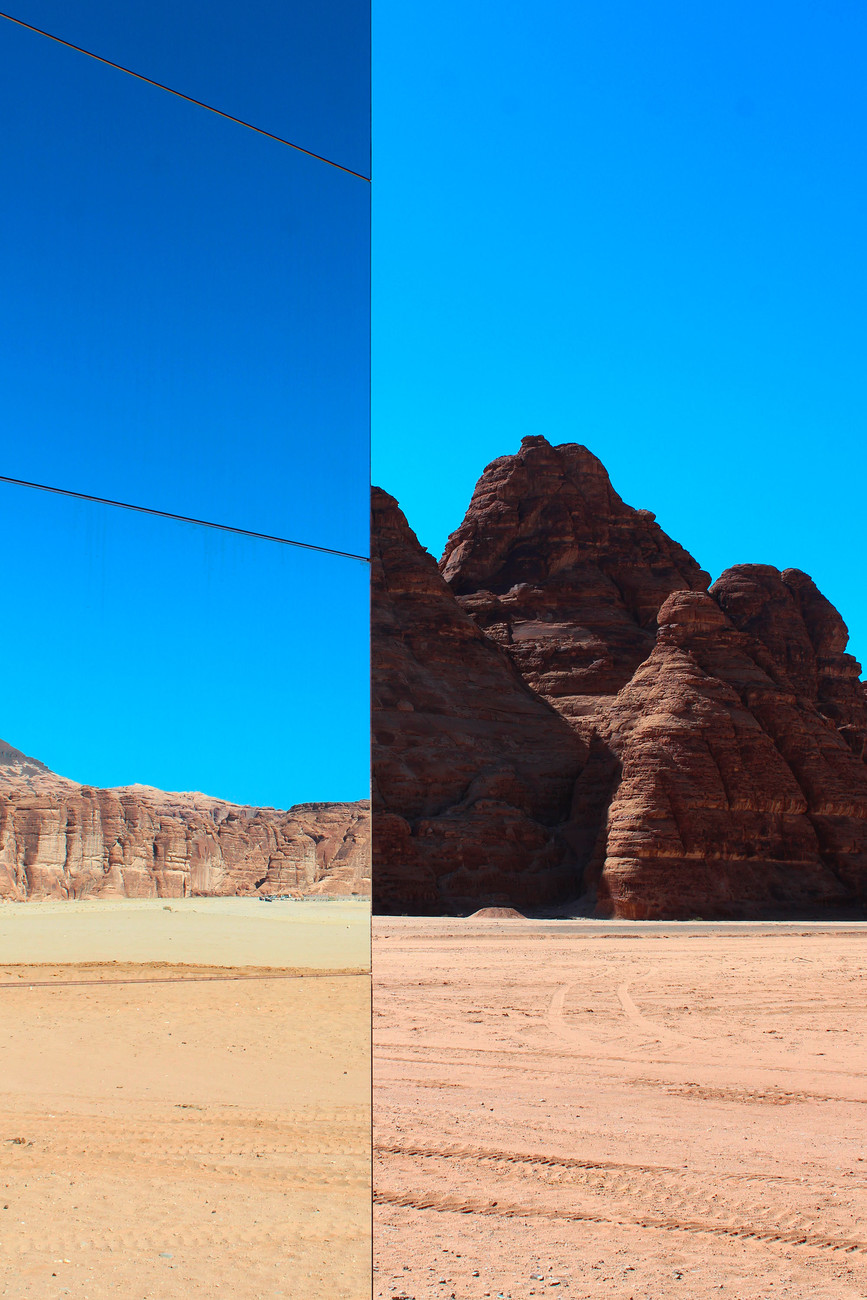 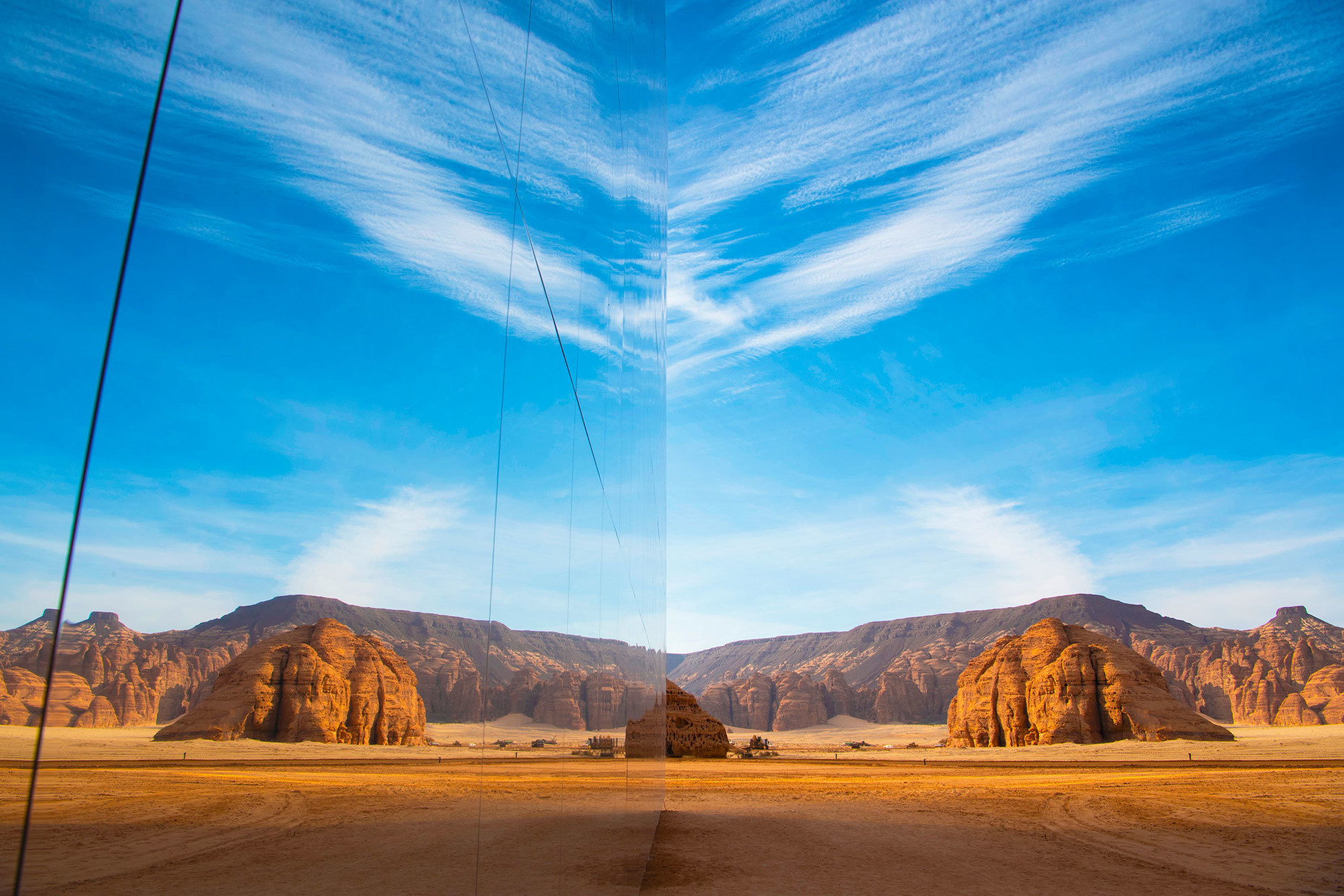 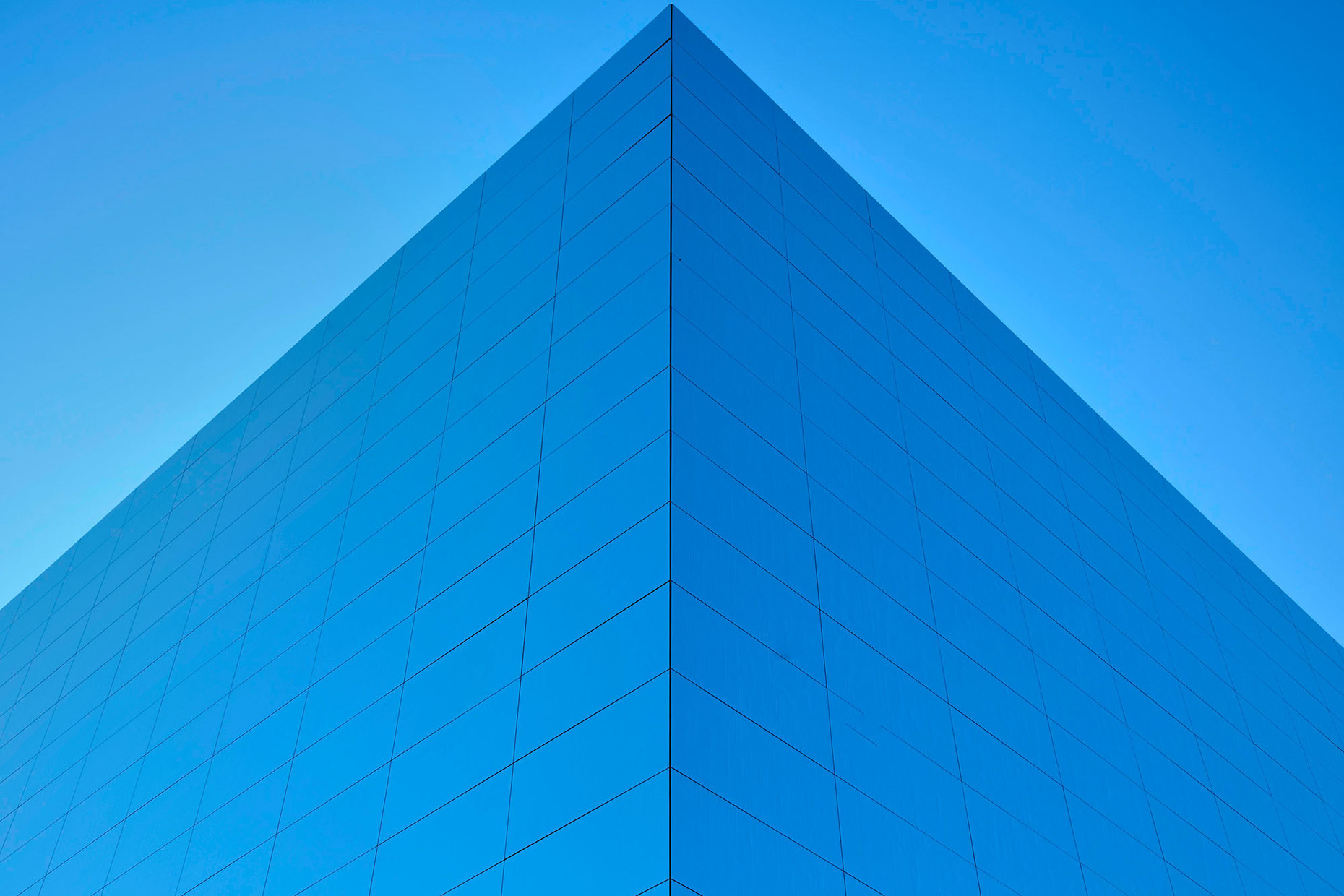 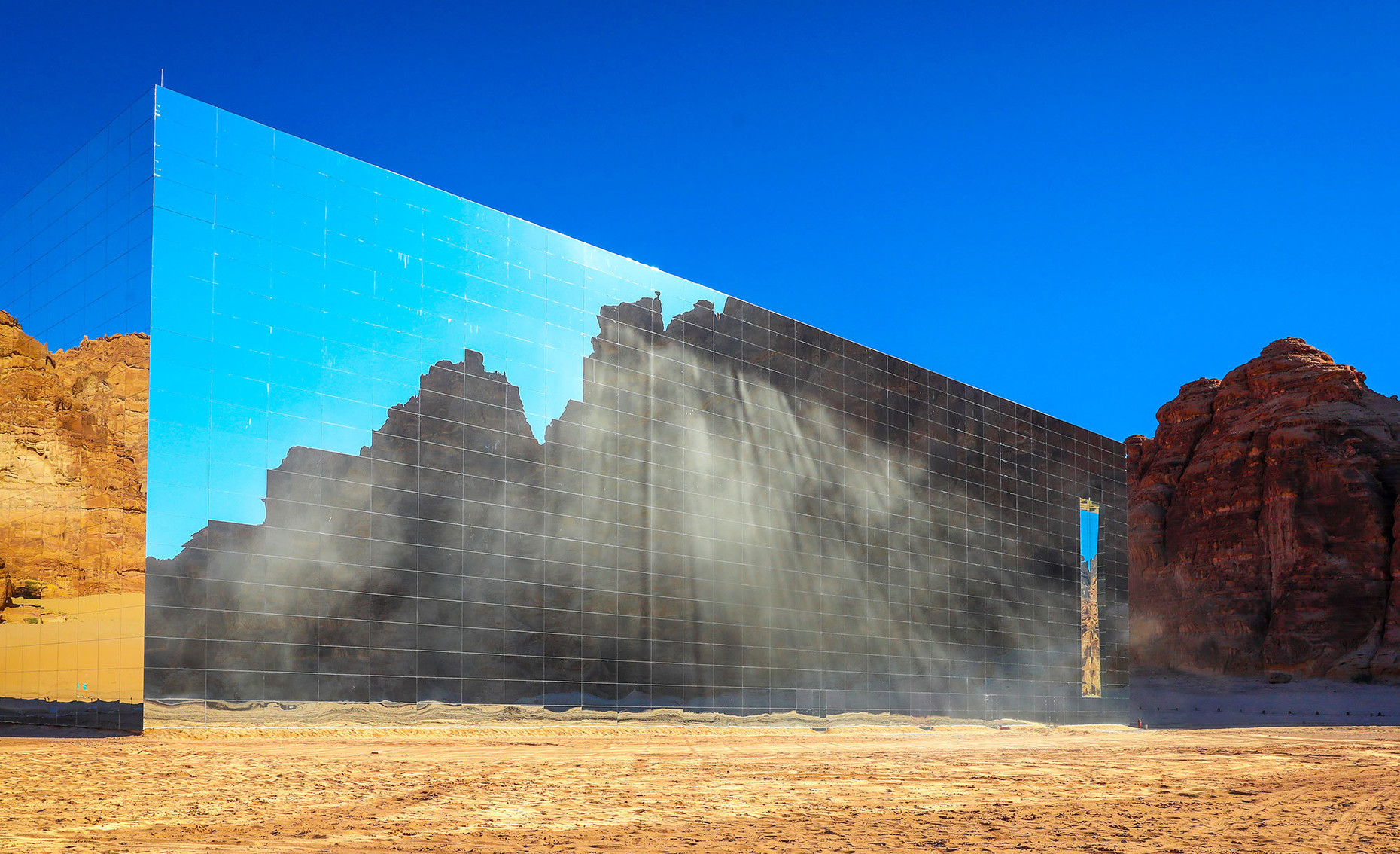 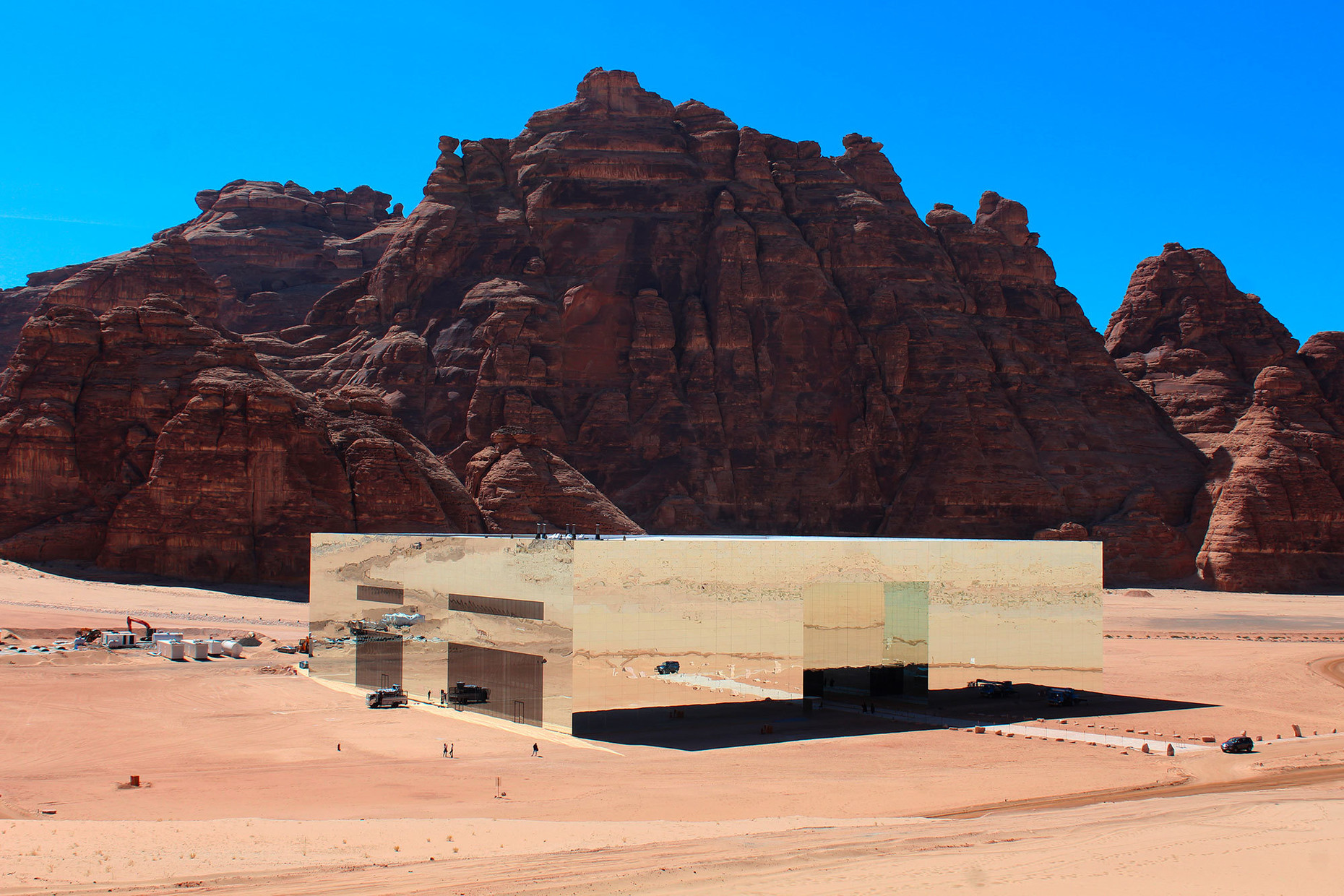 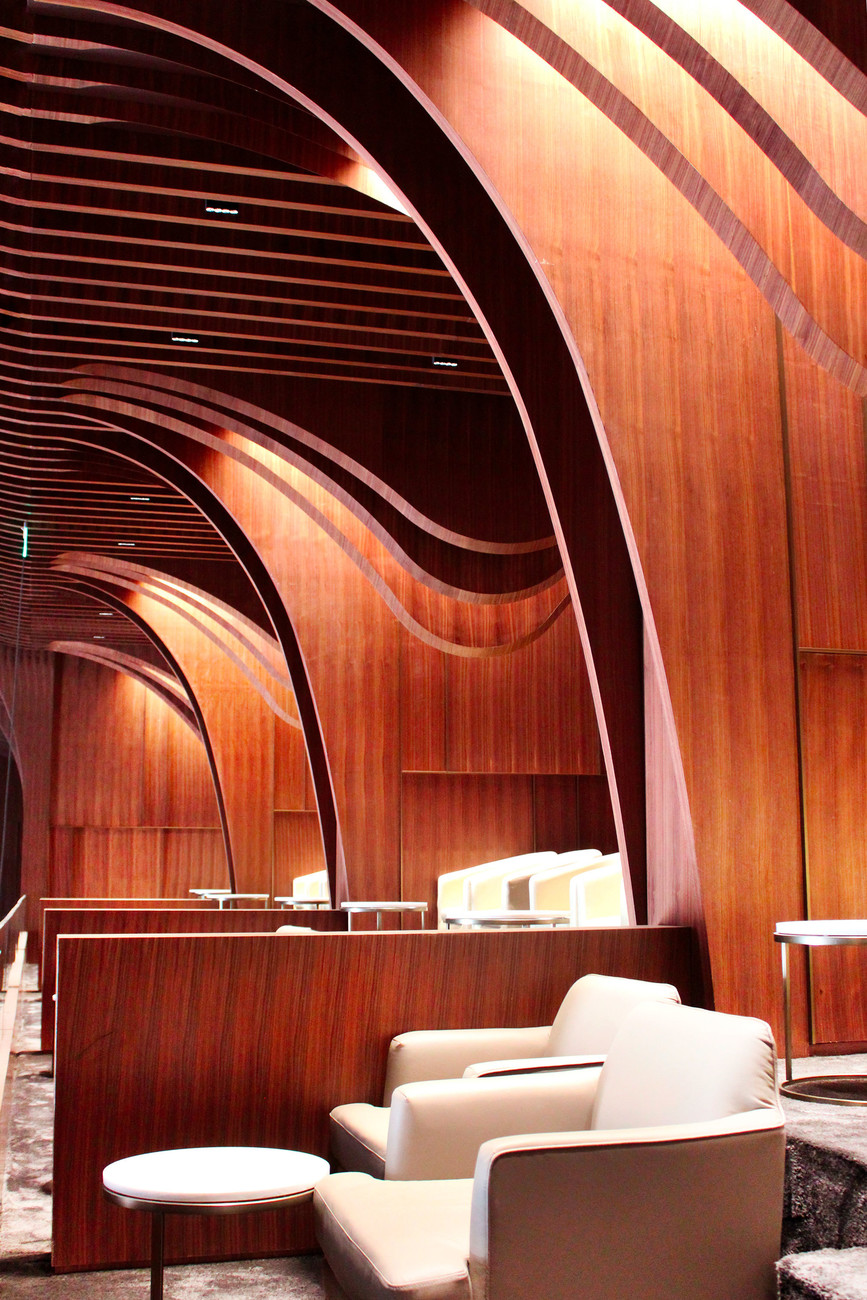 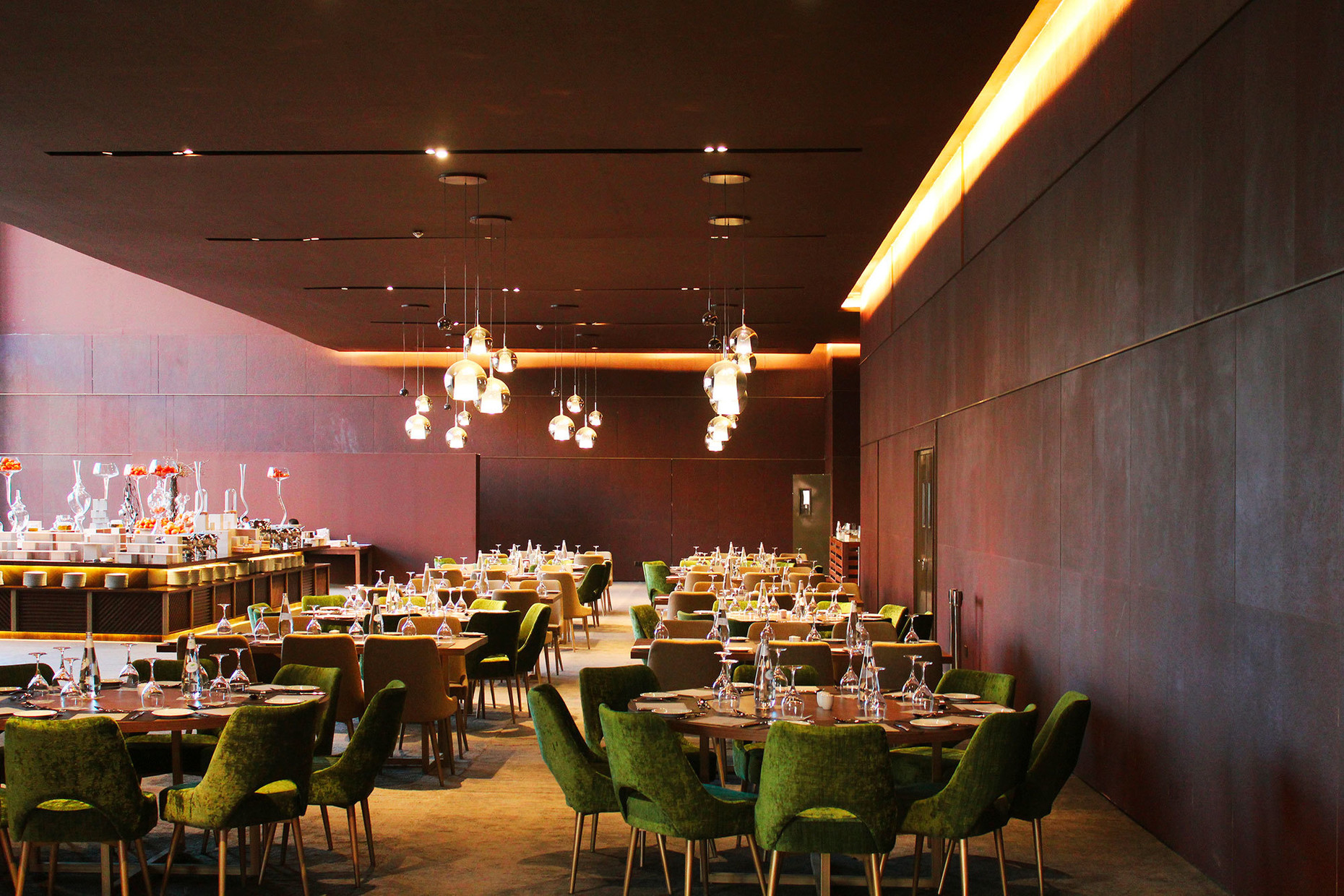 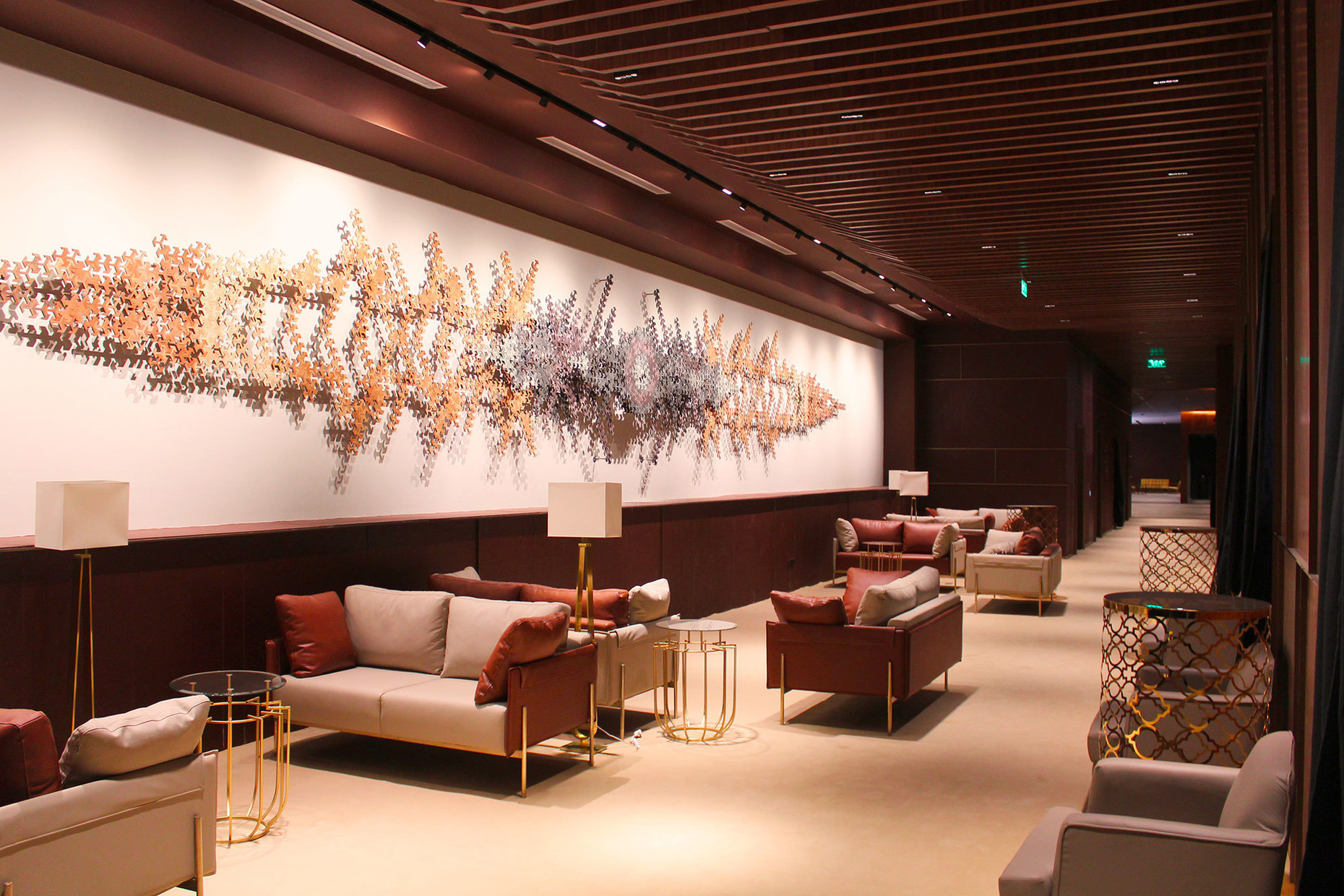 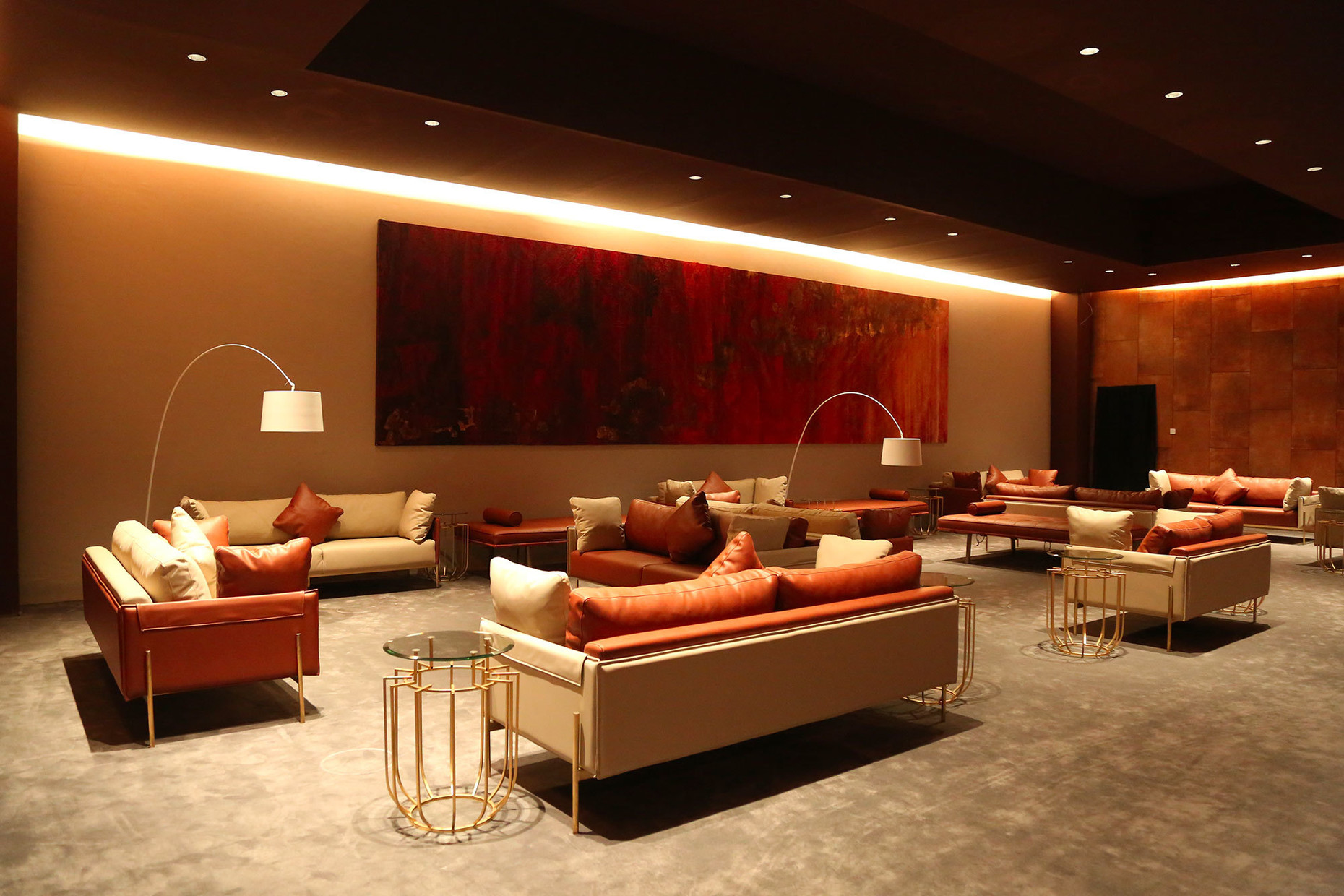 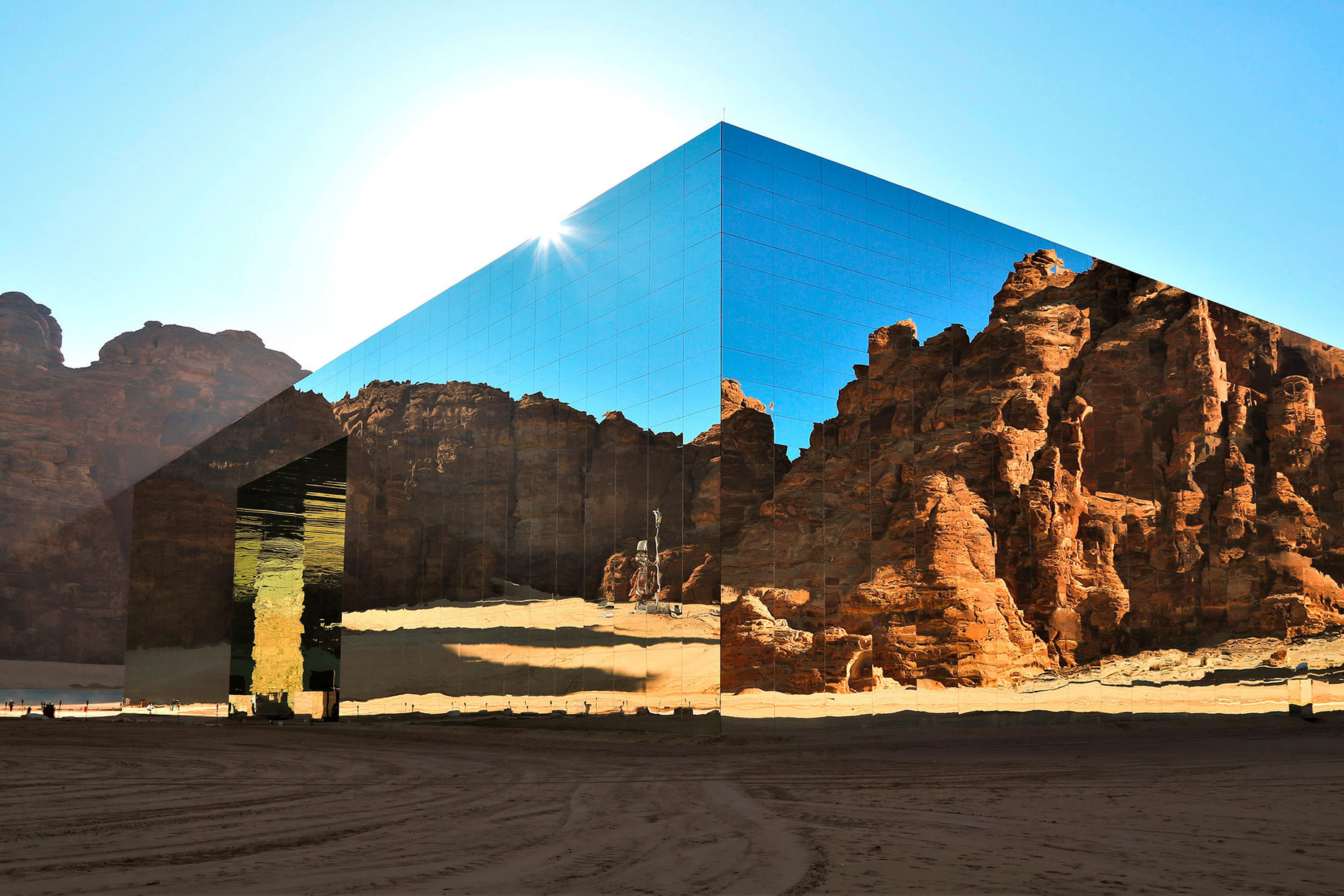 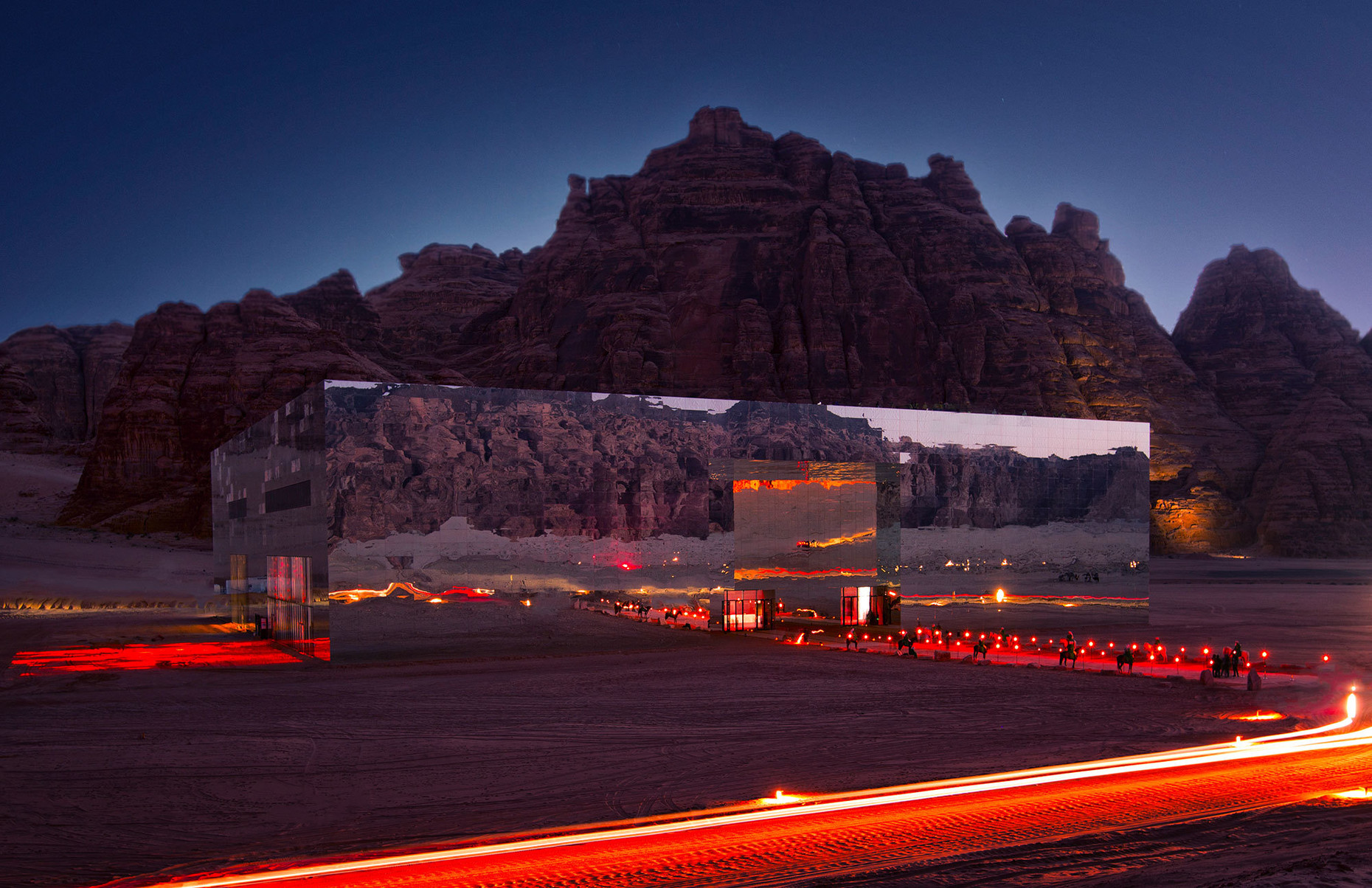 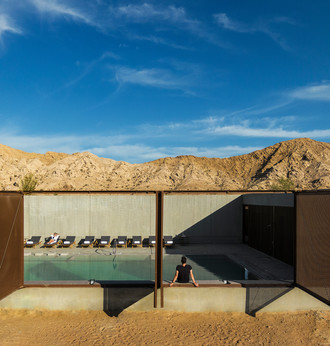 Five windows into nothing

Corten steel, natural stone and concrete: Anarchitect has realized an exclusive mini hotel with pool house and restaurant in the middle of the desert in the United Arab Emirates. 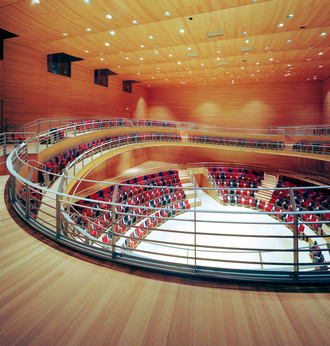 In what was once Berliner Staatsoper’s stage sets storeroom: Frank Gehry has created the Pierre Boulez Hall, an impressive new concert hall for the Barenboim Said Academy. 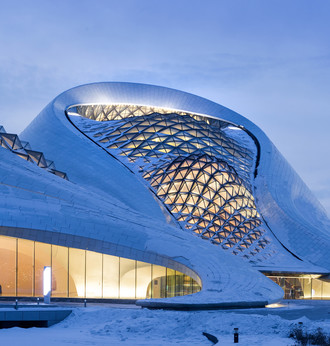 A new concert hall now proudly stands in China’s coldest metropolis: the Harbin Opera designed by MAD Architects, in the middle of what was once a swamp. It defies the icy cold with its rounded shapes and warm interior. 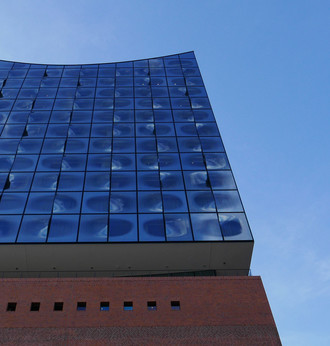 The sound of things

The plaza on the 8th floor has already opened, as has the hotel, and the apartments are swiftly finding buyers: And in January, performances will start at the Elbphilharmonie. It took forever, but is all now roses?