How do you design the former summer residence of Poul Henningsen? This was the tough question facing the new owners of the designer's villa in Copenhagen. After being damaged by a devastating fire, the plan was to rebuild the house and restore its spacious rooms in such a way as to pay tribute to its famous former owner, but with the addition of some contemporary features of its own. Norm Architects squared up to the task and took as a basis the fundamental values that always informed Poul Henningsen’s creative output: perfection, naturalness and simplicity. The original compartmentalized segmentation has given way to open, light-suffused spaces that transition smoothly into one another. A cantilever staircase leads up to the first floor, emphasizing the impression of spaciousness.

In the rooms, which have been kept entirely white, blocks of white marble serve as side tables, while grey ceramic stone characterizes the kitchen and the bathroom. Floor-to-ceiling cupboards made of dark, stained oak form an almost graphic-like contrast and separate the living and kitchen areas. The severity of the overall impression is offset by the light herringbone parquet floor, while brass fittings add a touch of opulent elegance. This almost museum-like interior means that every item of furniture automatically appears to be an exhibit. Jonas Bjerre-Poulsen, one of the founders of Norm Architects, therefore chose selected mid-century classics – most significantly, by way of reference to the one-time owner, the PH 3½-3 pendant luminaires. 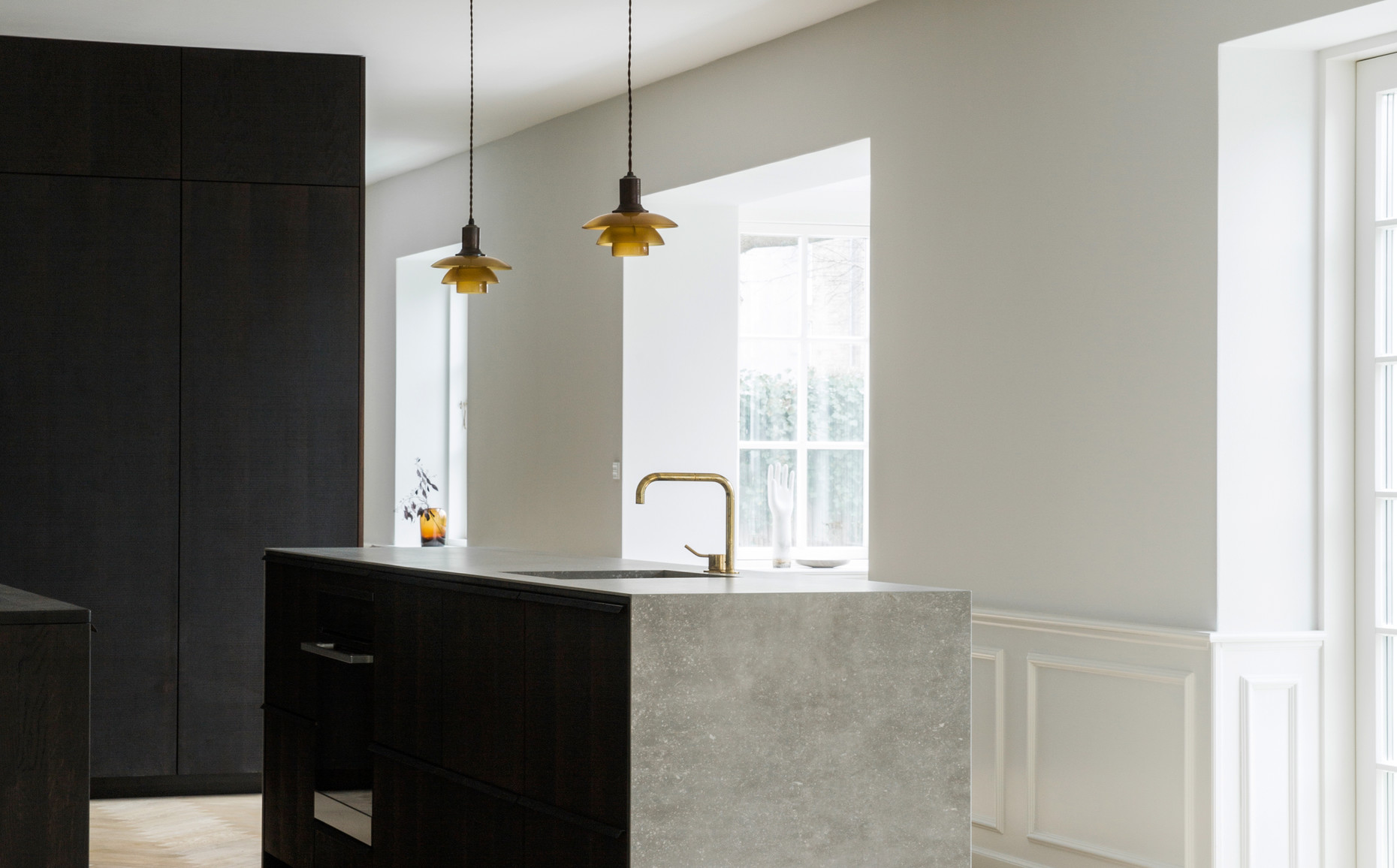 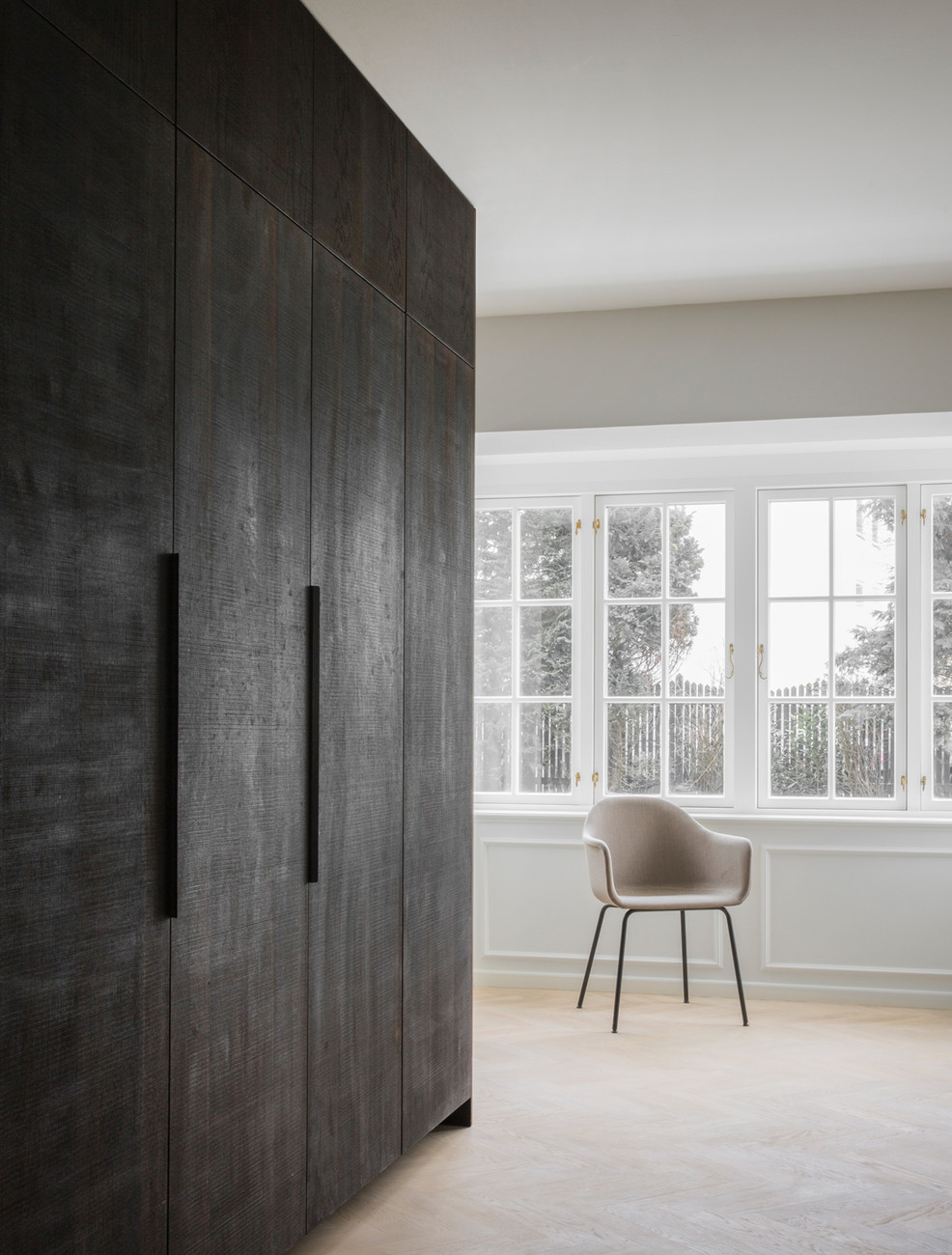 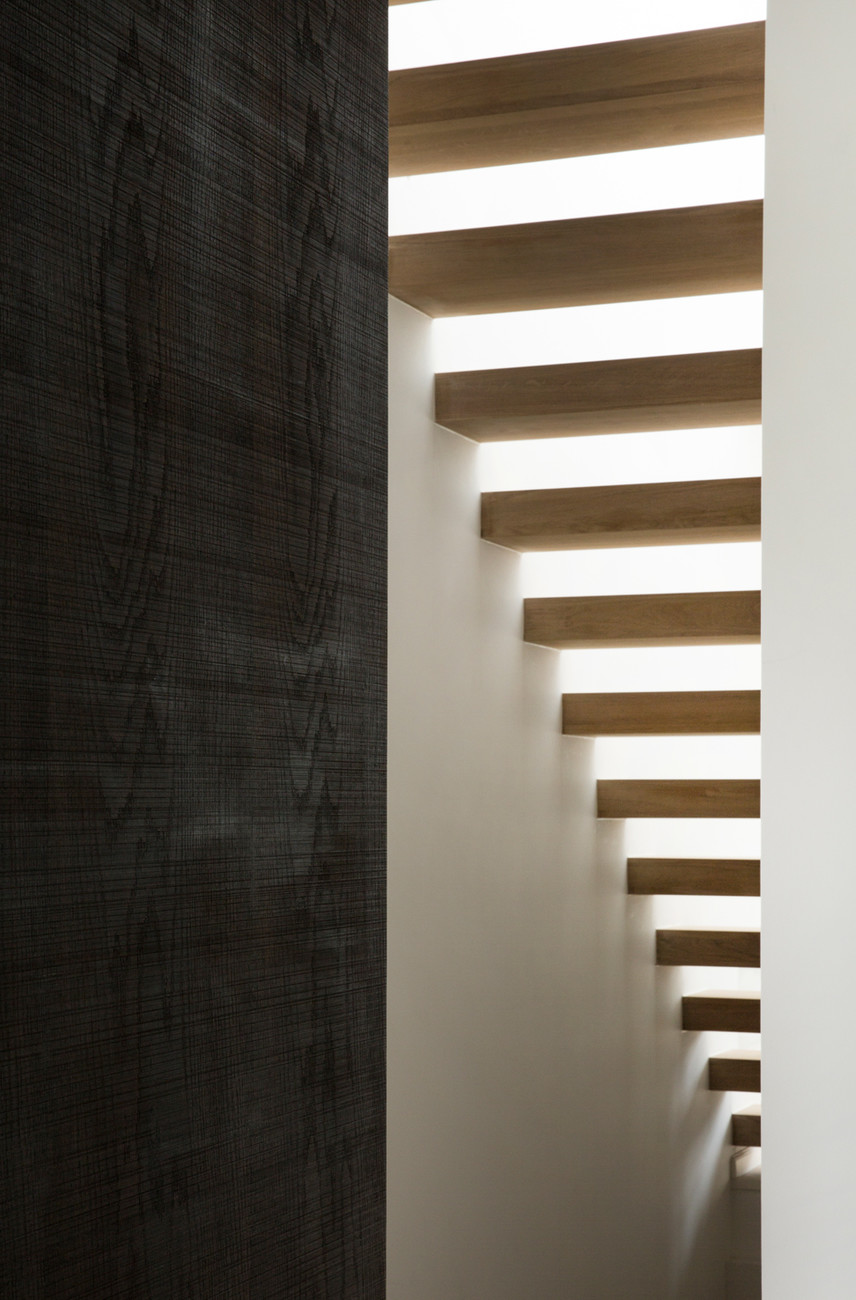 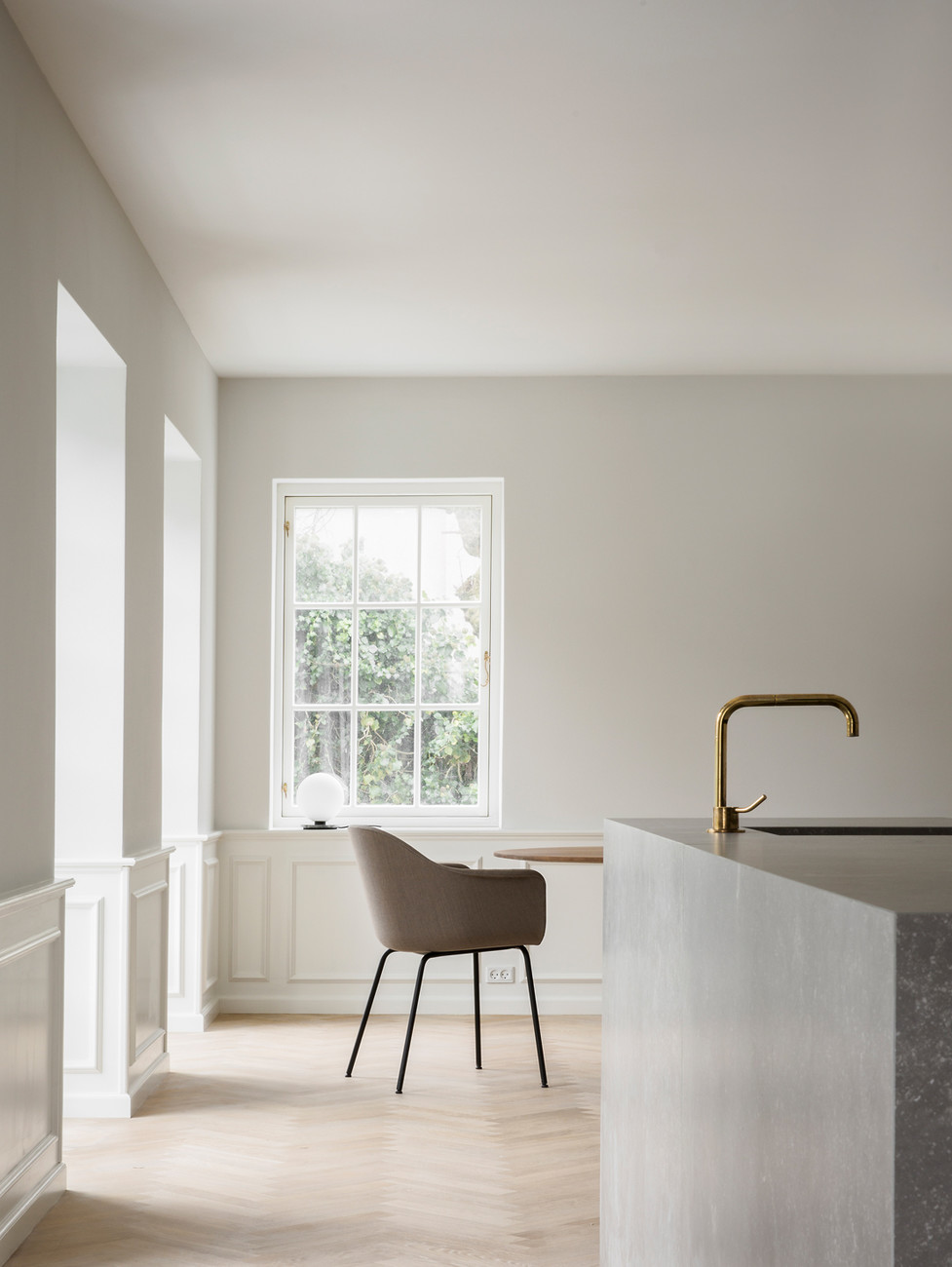 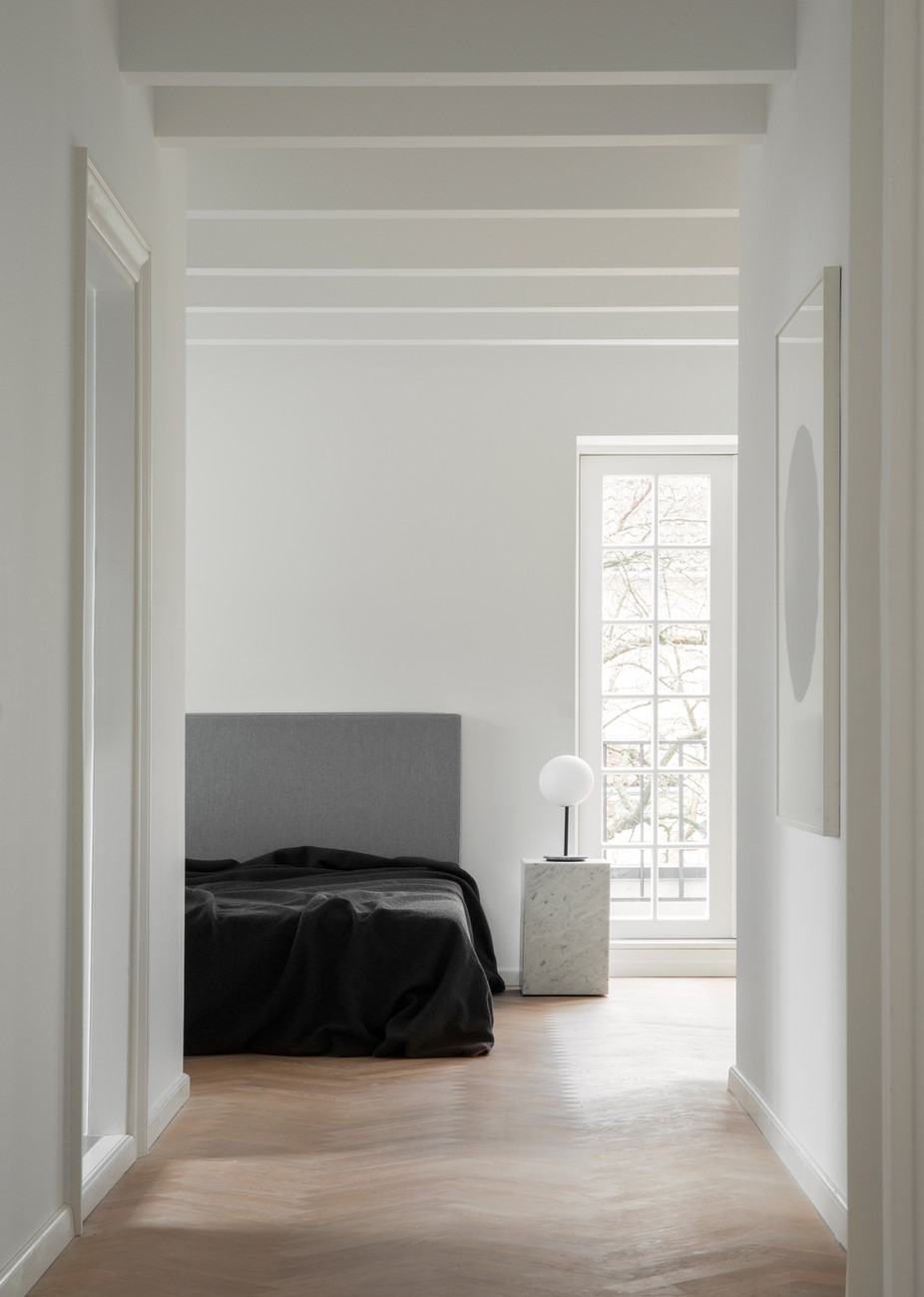 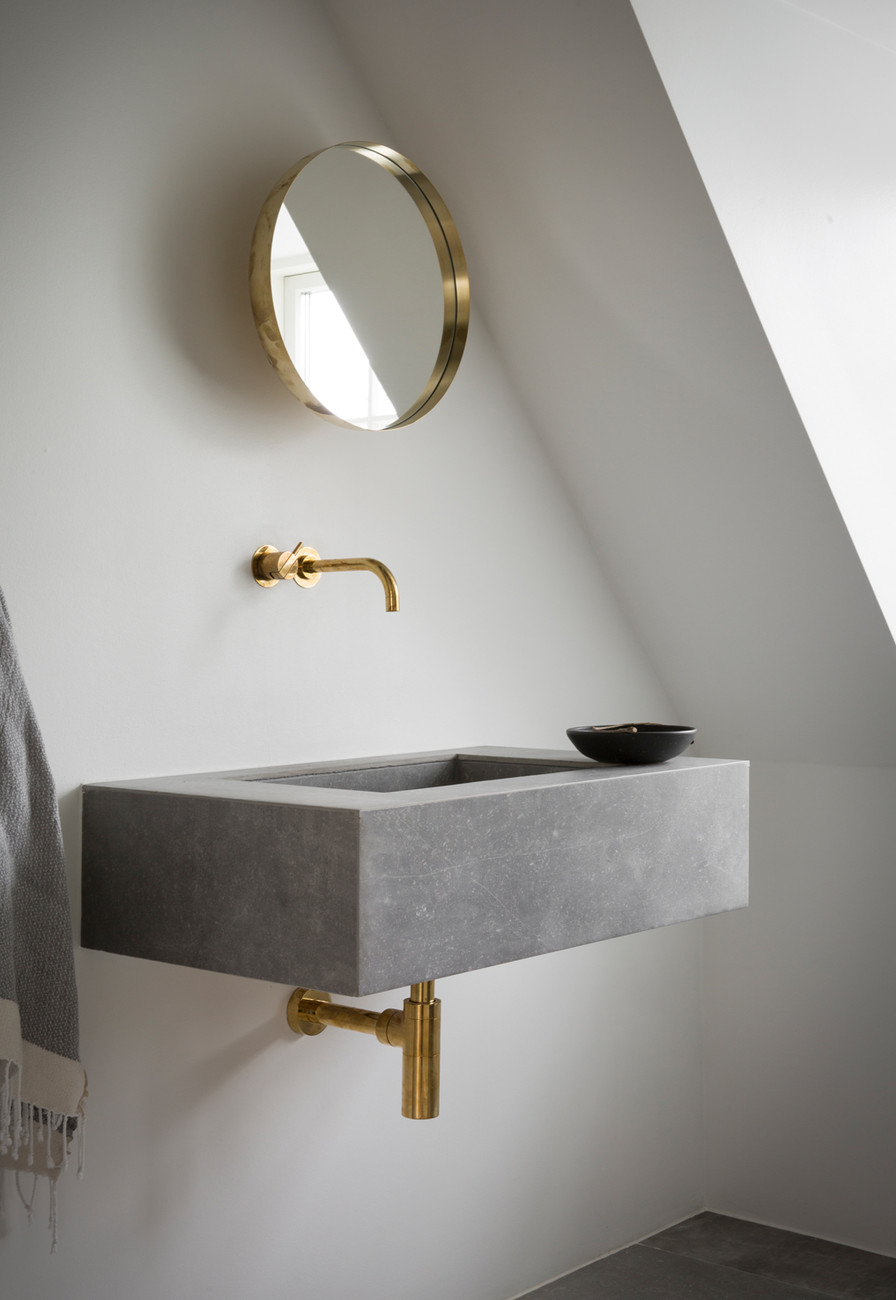 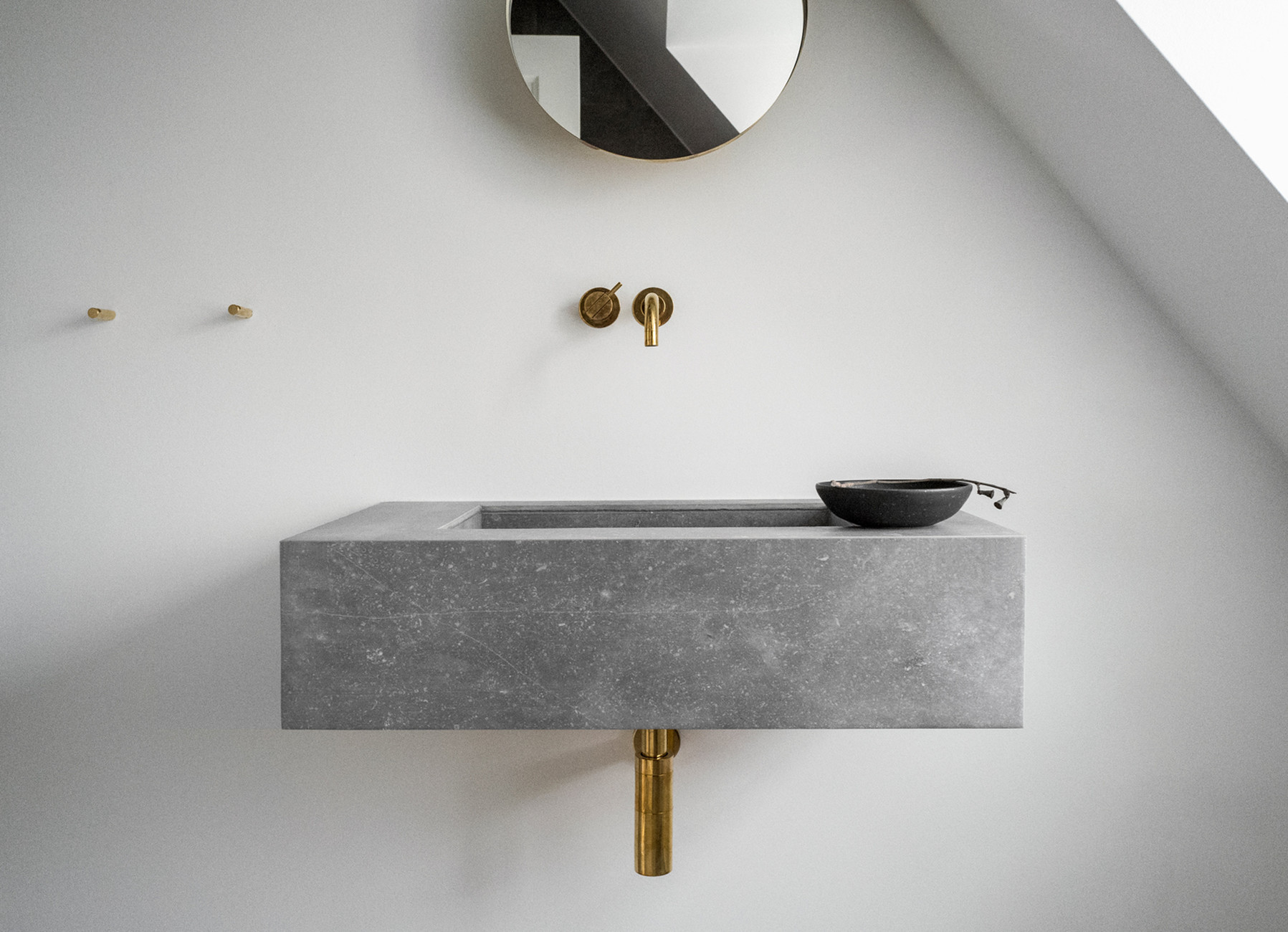 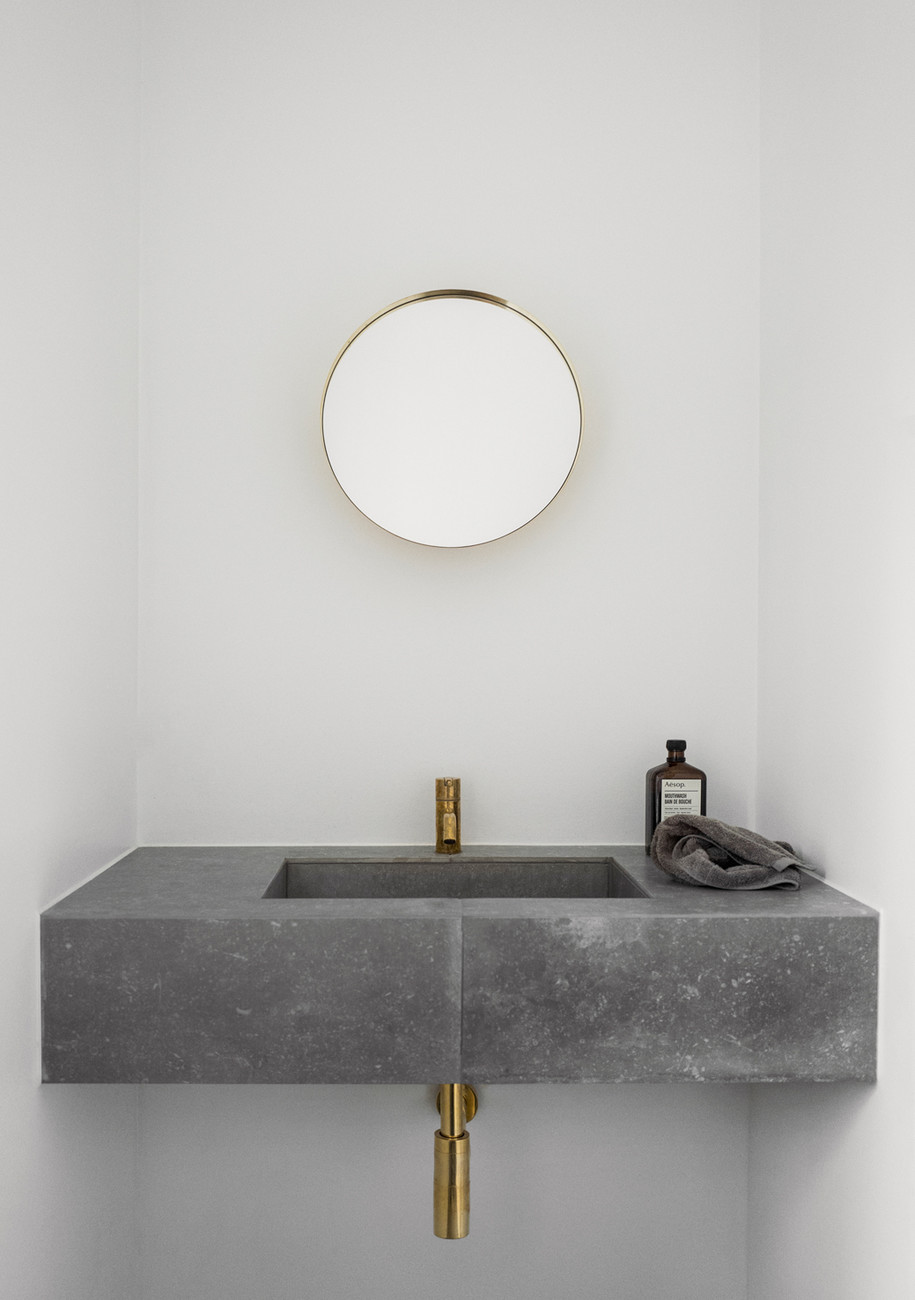 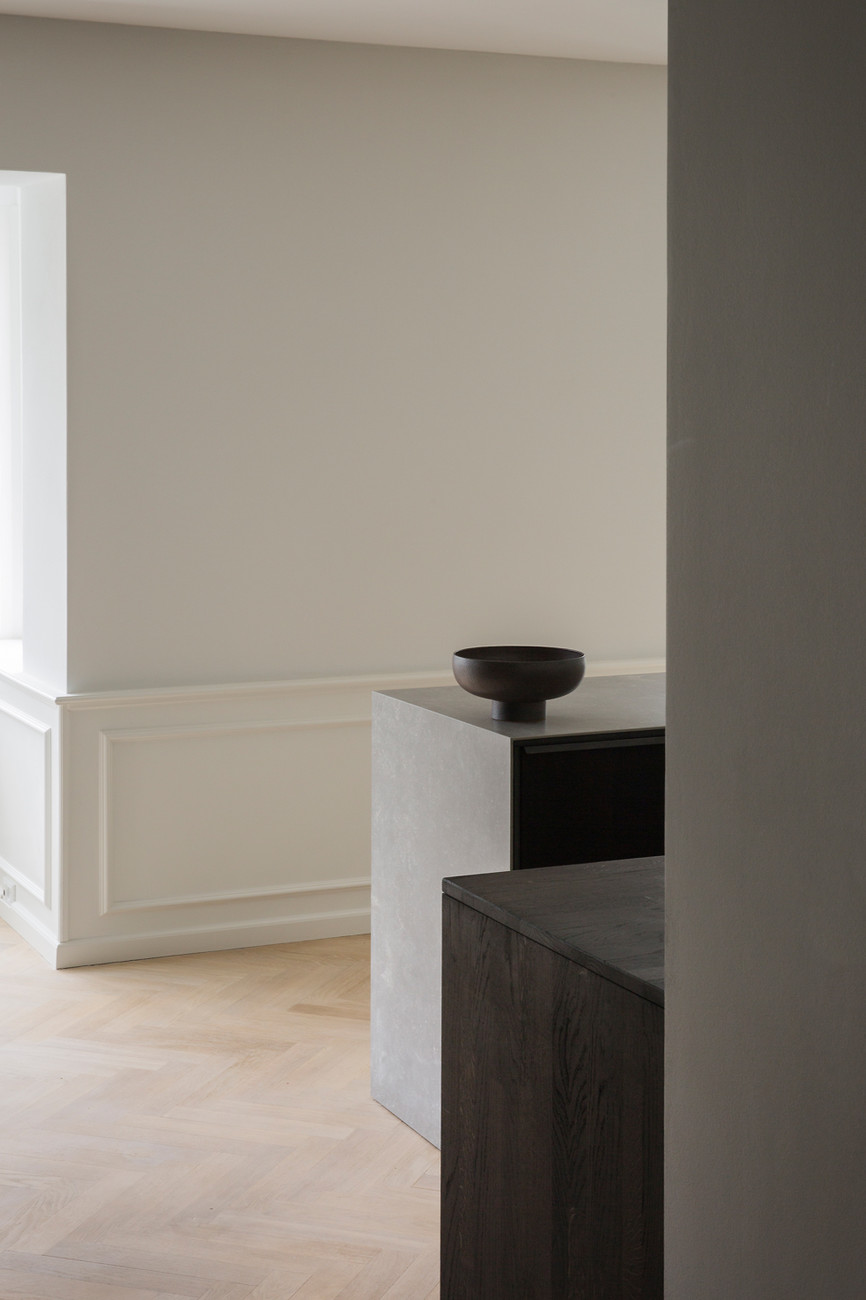 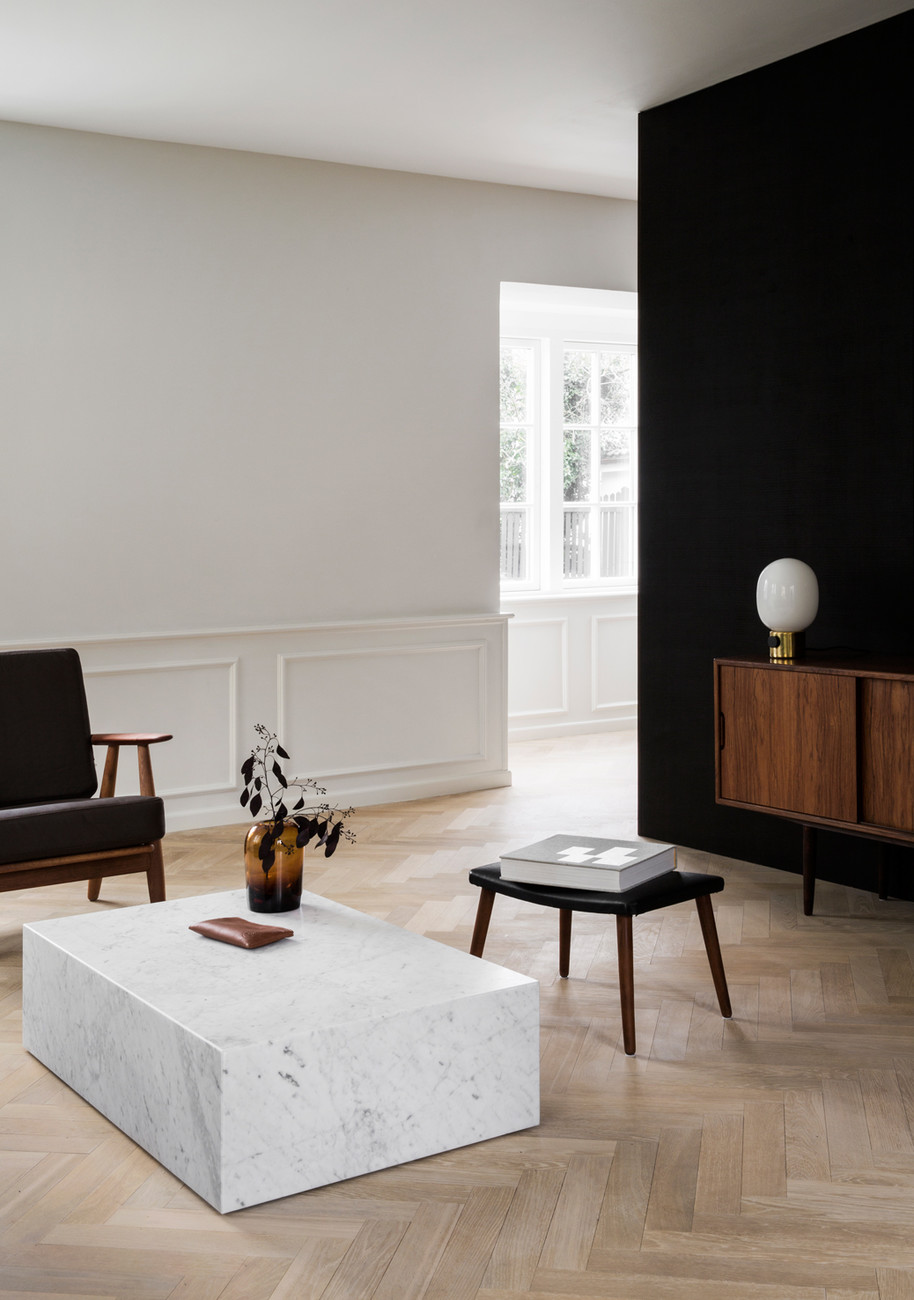 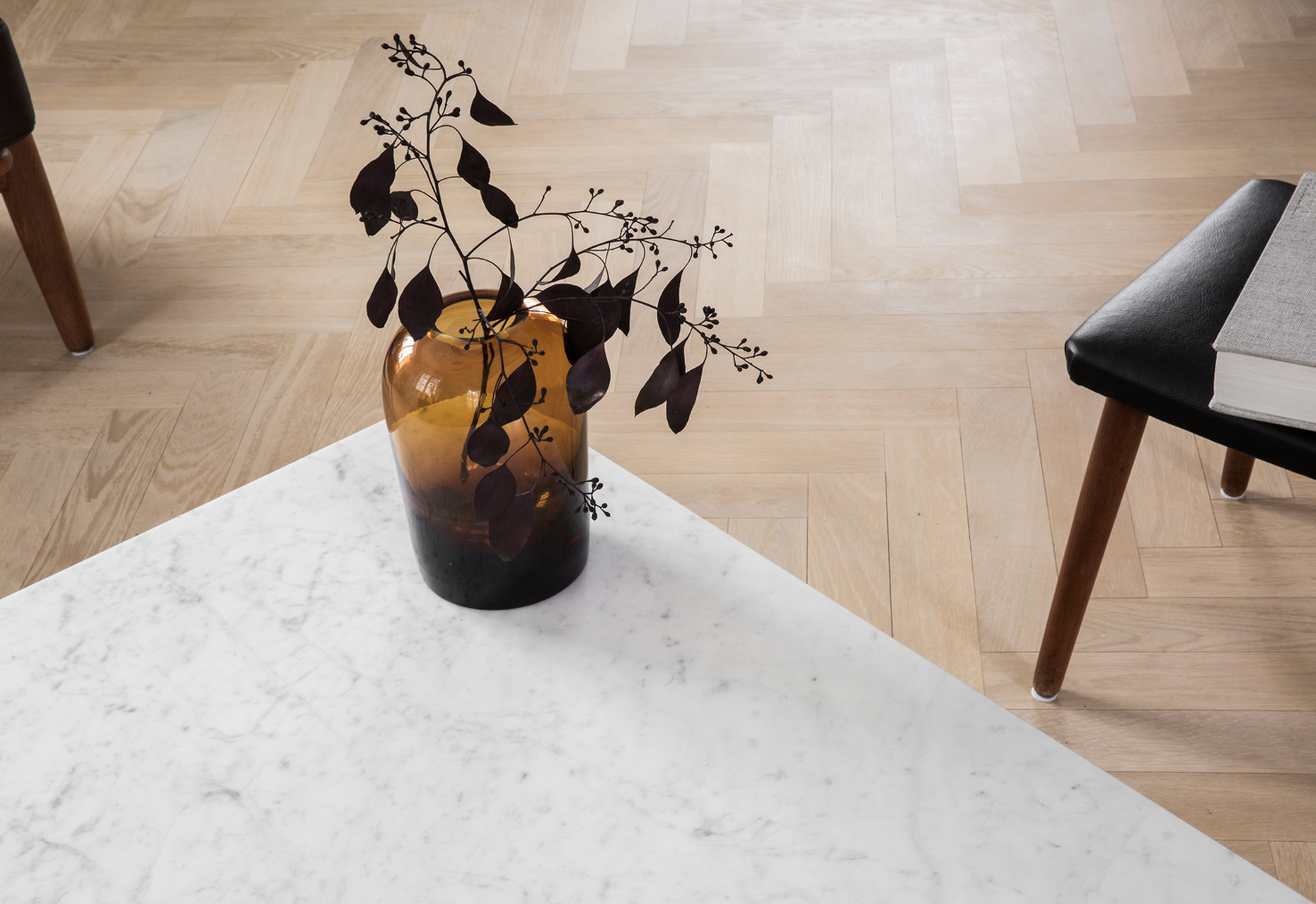 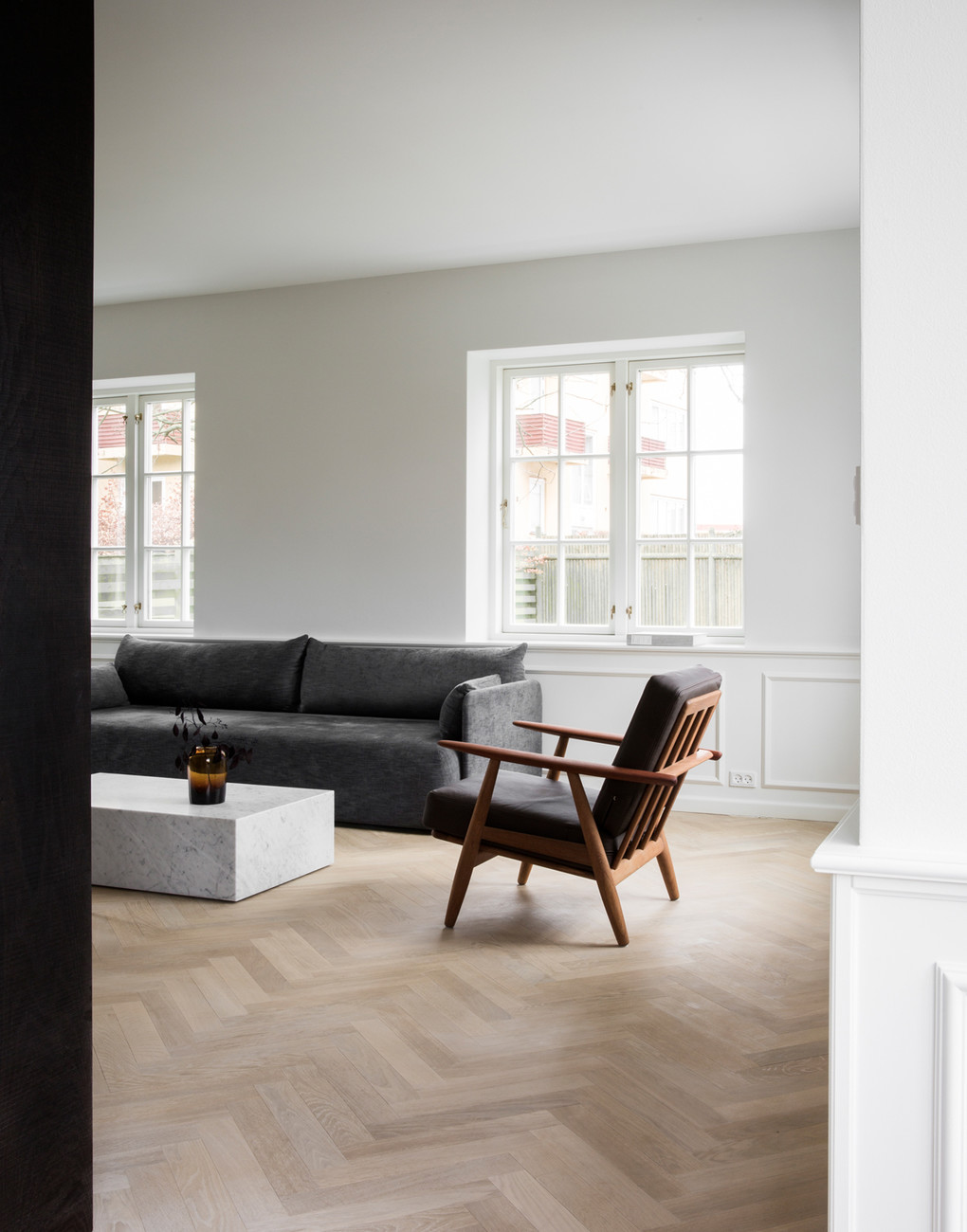 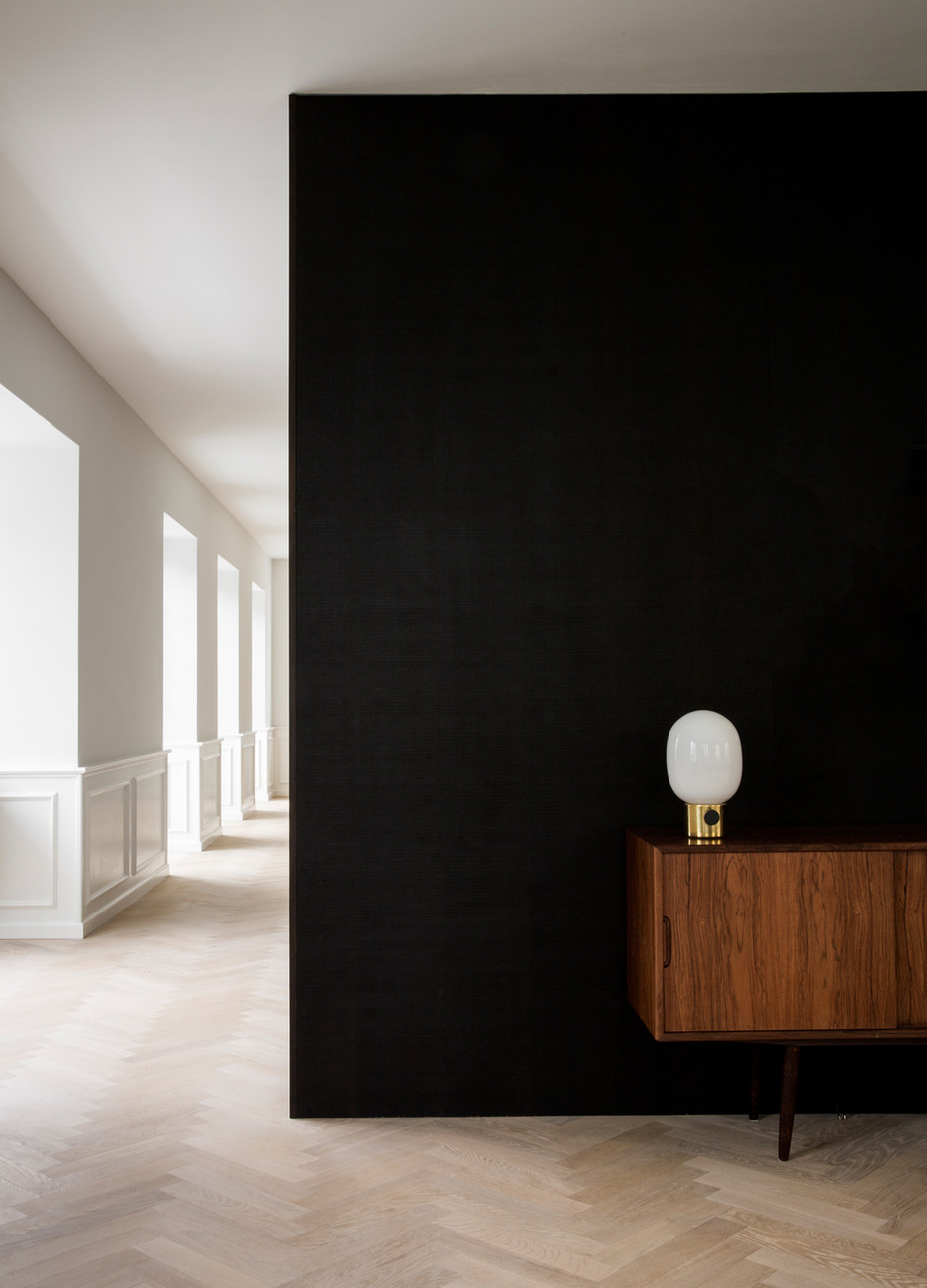 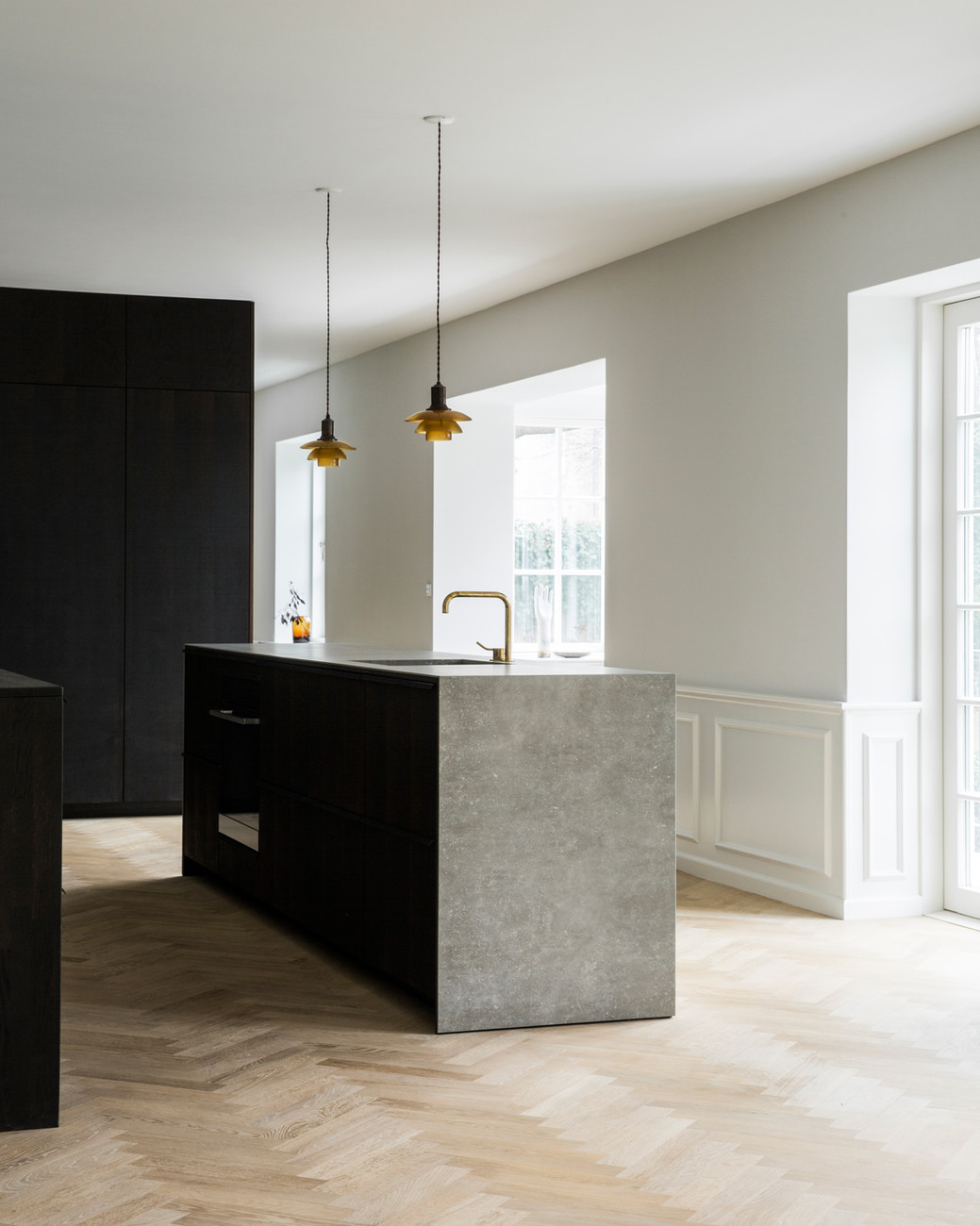 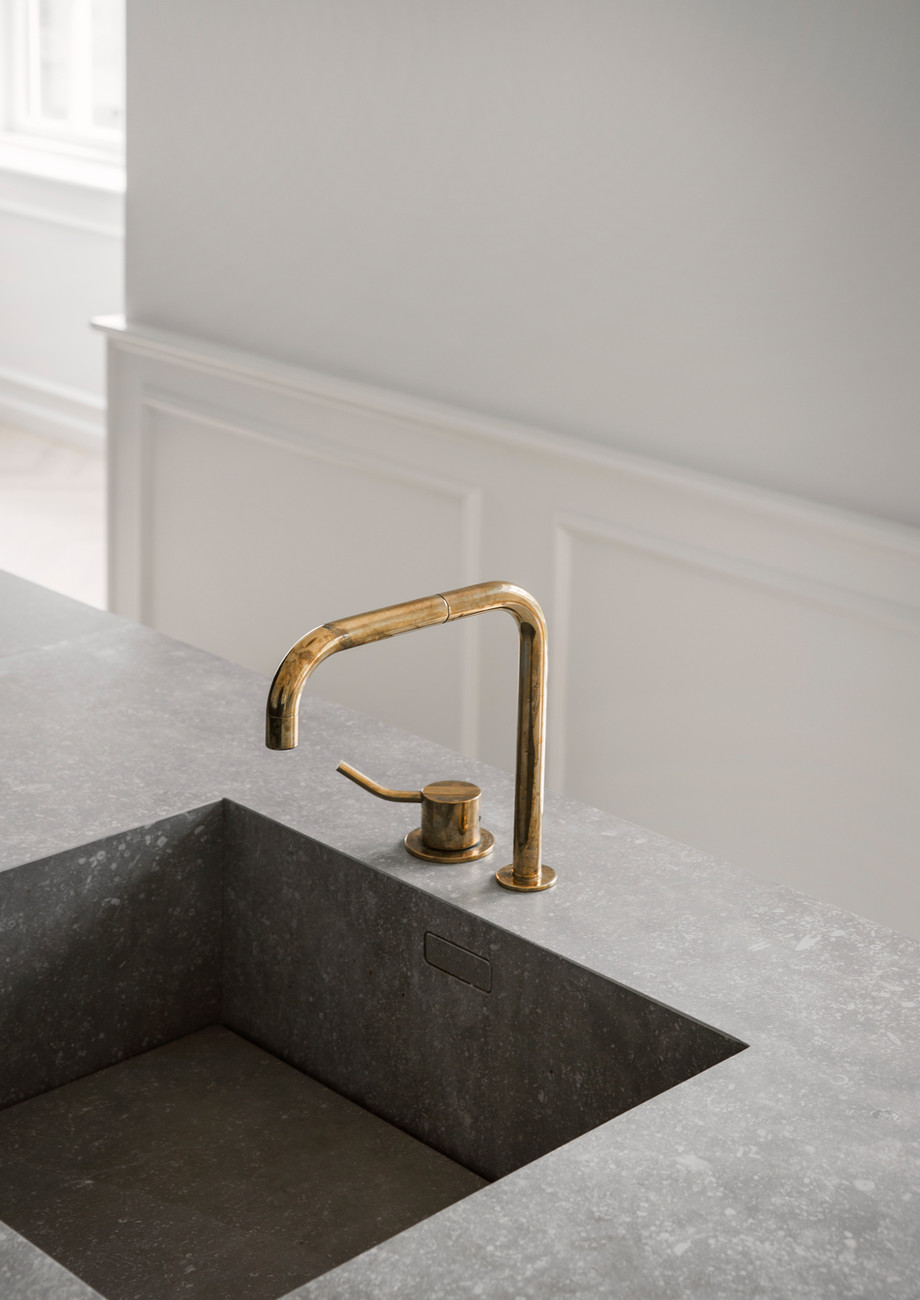 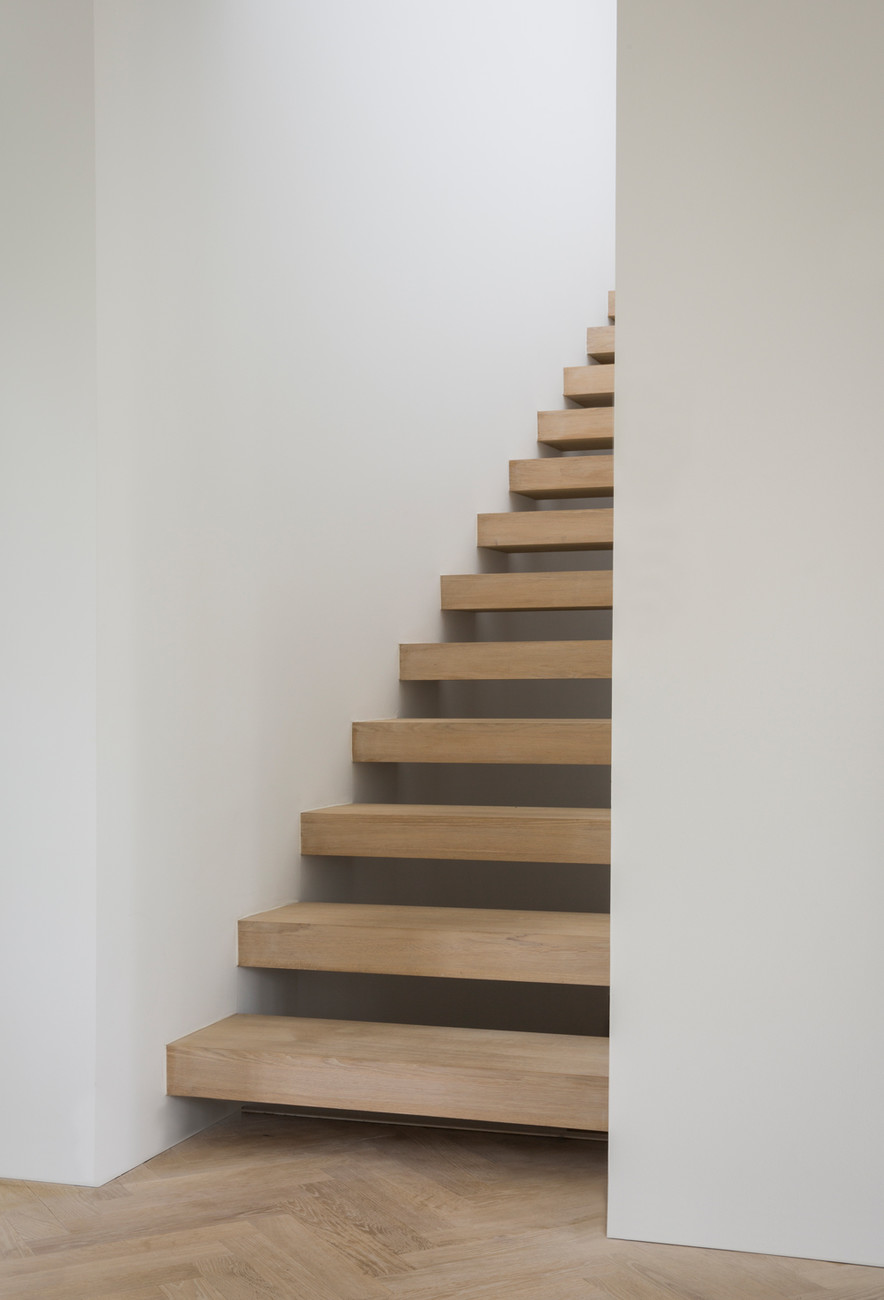 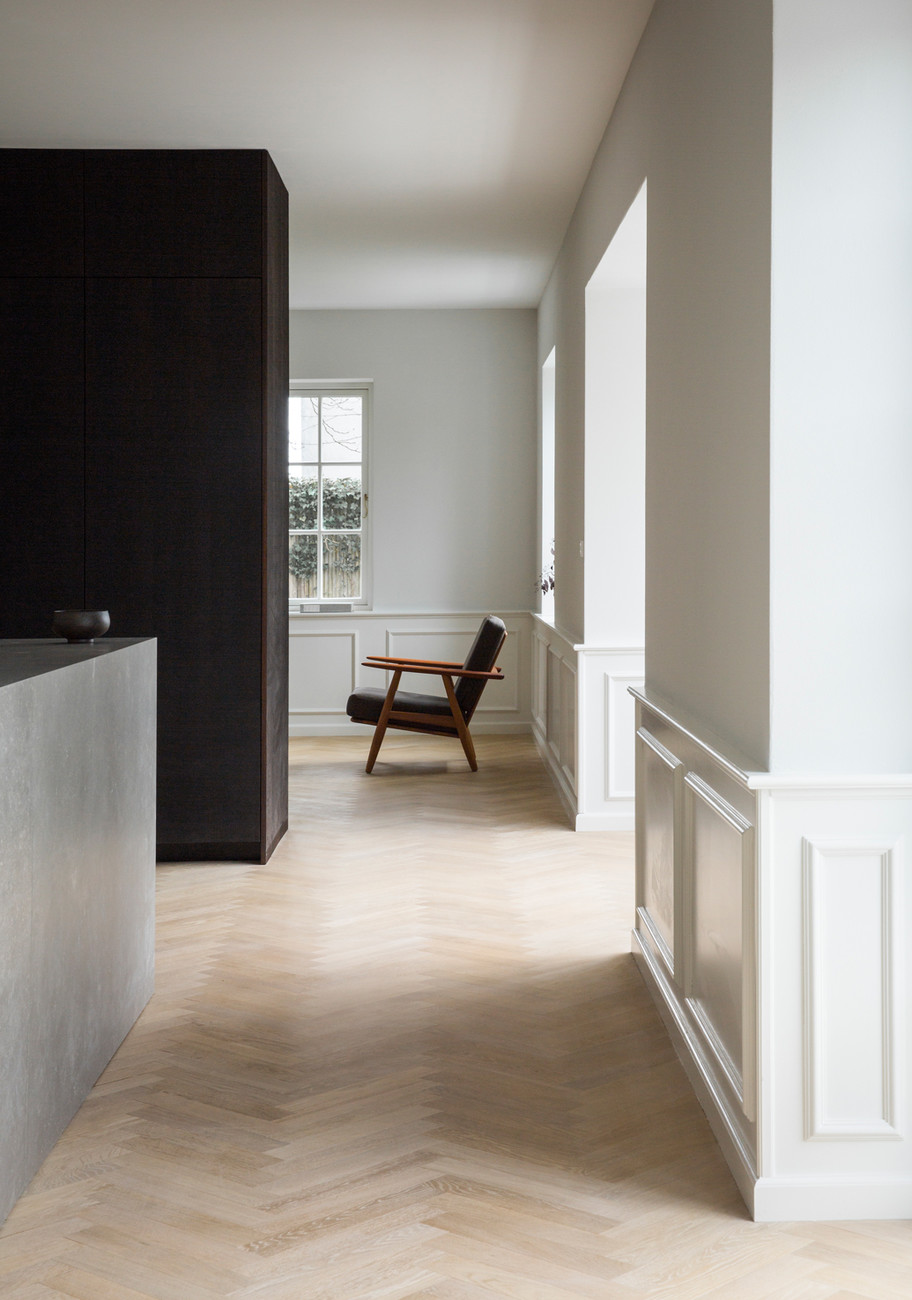 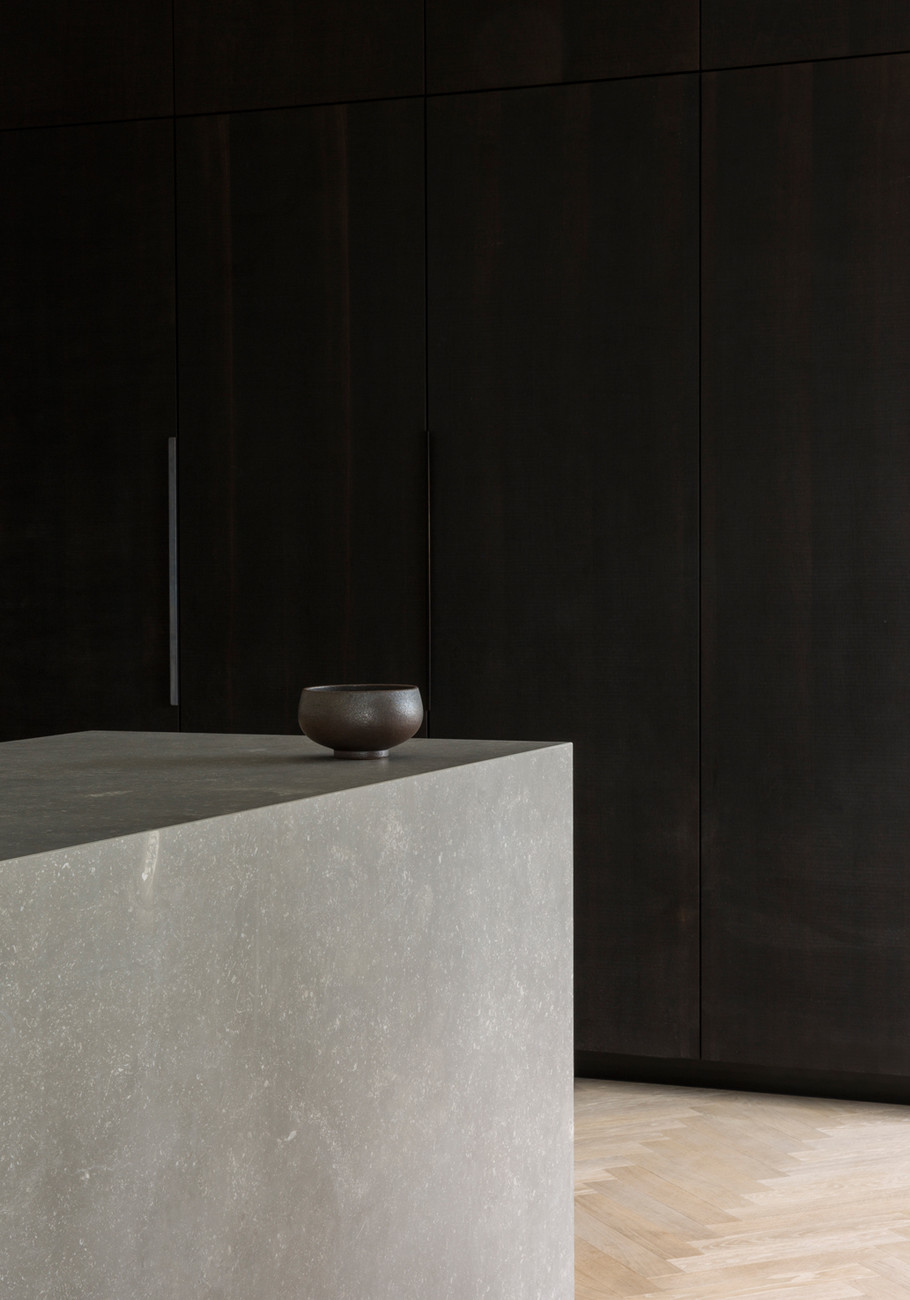 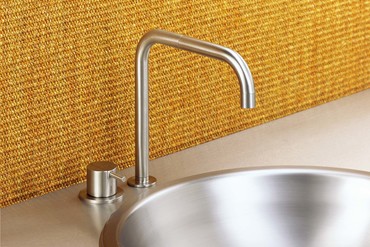 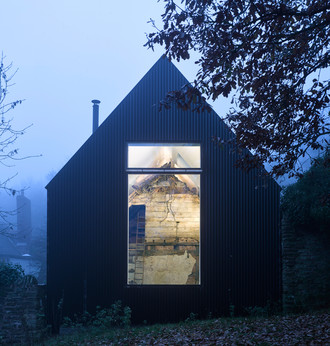 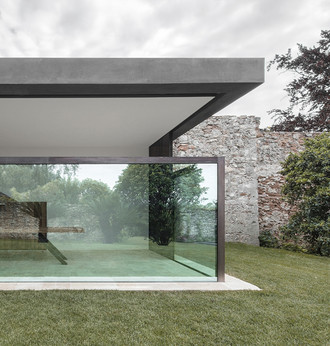 North Italian architects Bergmeister Wolf have extended a house on Lake Garda with a simple and yet spectacular annex. 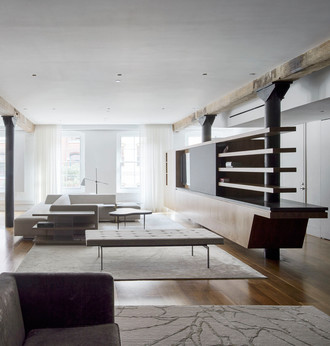 A loft in Tribeca 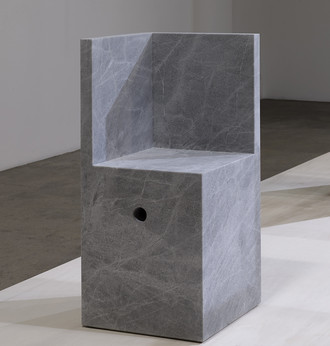 Konstantin Grcic exhibits six marble objects in the Galerie Kreo, which could also have been created for a religious cult.
Advertisement