Obituary
From early light till midnight

Try out new things and if they fail, start from scratch again. That was the recipe for success embraced by Luigi Feltrin, founder of Arper. He died recently. We can learn from his tireless composure.
by Thomas Edelmann | 4/14/2020

On April 5, Luigi Feltrin died at the age of 85. Only a few people are aware that the self-made man, who would found the company Arper with his sons Claudio and Mauro Feltrin, grew up in bitter poverty as one of nine children. Yet this experience was what would shape Feltrin’s entire life: It helped him make decisions, break new ground and made him a much sought-after person when advice was needed. The essential driving forces in Luigi Feltrin’s life were flexibility and an interest in change itself but also creating conditions that are conducive to people developing their skills to the full. To mark his 80th birthday a book by Gian Domenico Mazzocato was published in which the author not only documented “the life and experiences of Luigi Feltrin” but also captured the experiences of an entire generation. Apart from the interviewing Feltrin himself Mazzocato not only asked questions of the siblings and sons – Claudio and Mauro Feltrin – but also fellow students, people who accompanied him or whom he worked with as well as close and distant relations.

As a youngster growing up in Monastier, north-east of Venice he not only had to milk the cows in the morning before setting off for school but also to deliver it to the milk cooperative on a rickety old bicycle with rubber tires. It was only logical that he would have an accident at some point. And it was while feeling so frustrated about what had happened that Feltrin’s determination to break free of his situation took shape. In 1952 he emigrated to Switzerland and worked in St. Gallen. Though the work he did there was no less exhausting it was at least varied. Feltrin was an assistant cook, later a confectioner, he chopped wood, shifted snow, worked as a laborer on constructing roads and canals but also as a plasterer. St. Gallen was a town where other Italians congregated and socialized. Luigi Feltrin got to know Giovanna Casagrande from a nearby town and later the two got married and had two sons. Luigi Feltrin carried out hundreds of jobs and learned an important lesson while doing so. “Roba coi oci” – “steal with your eyes”, he was advised by one employer. After all, in most cases there was simply not enough time to be properly trained so his only option was to familiarize himself as quickly and thoroughly as possible with the situation. He also gained experience as a merchant, buying chickens, charcoal and lace that he first took home and later sold. In the early 1960s he set up as a freelance plasterer and very often worked from first light through to midnight. Non-stop. He fairly often called on his wife, a skilled craftswoman who had already gained some initial experience in a silk spinning mill – to help realize his business ideas that ranged from home wine production though to sewing prefabricated curtains.

In 1967 he returned to Veneto. Together with his family who previously had been accustomed to only seeing him occasionally he moved to Preganziol, near Treviso, where he had built a house. Together with his oldest son Claudio he began to supply leather covers for furniture manufacturers. But as the expenses were considerable and the profits relatively low from 1986 they decided to begin their own manufacture. Furniture designs by Claudio Feltrin were also marketed. But the family was still not independent and had no brand with its own production- and sales channels. Arper – created from the first two letters of “Arredamento” (furniture) and the preposition “Per” (for…) brought the breakthrough in 1989. By collaborating with the architect Alberto Lievore, a brand was created with presence and a composed casualness, that expanded continually. Today, Arper has a payroll of 260 and an annual turnover of EUR 72 million, not to mention an export share of 92 percent and 12 showrooms worldwide. Lievore recommended that the family create its brand to chime with its own values: “There you are, you have to convey this feeling of family, calmness and harmony.“

The book by Mazzocato Luigi is prefaced by some encouraging words from Feltrin: “I say to young people that we might have to overcome a few difficulties and obstacles during our lives. They should not become depressed at the first hurdle, but should pause to think things over – not too long, at most quarter of an hour. And start again from scratch and make the best of all their mistakes. Start again from square one and do things better. Don’t get discouraged, think things over.” 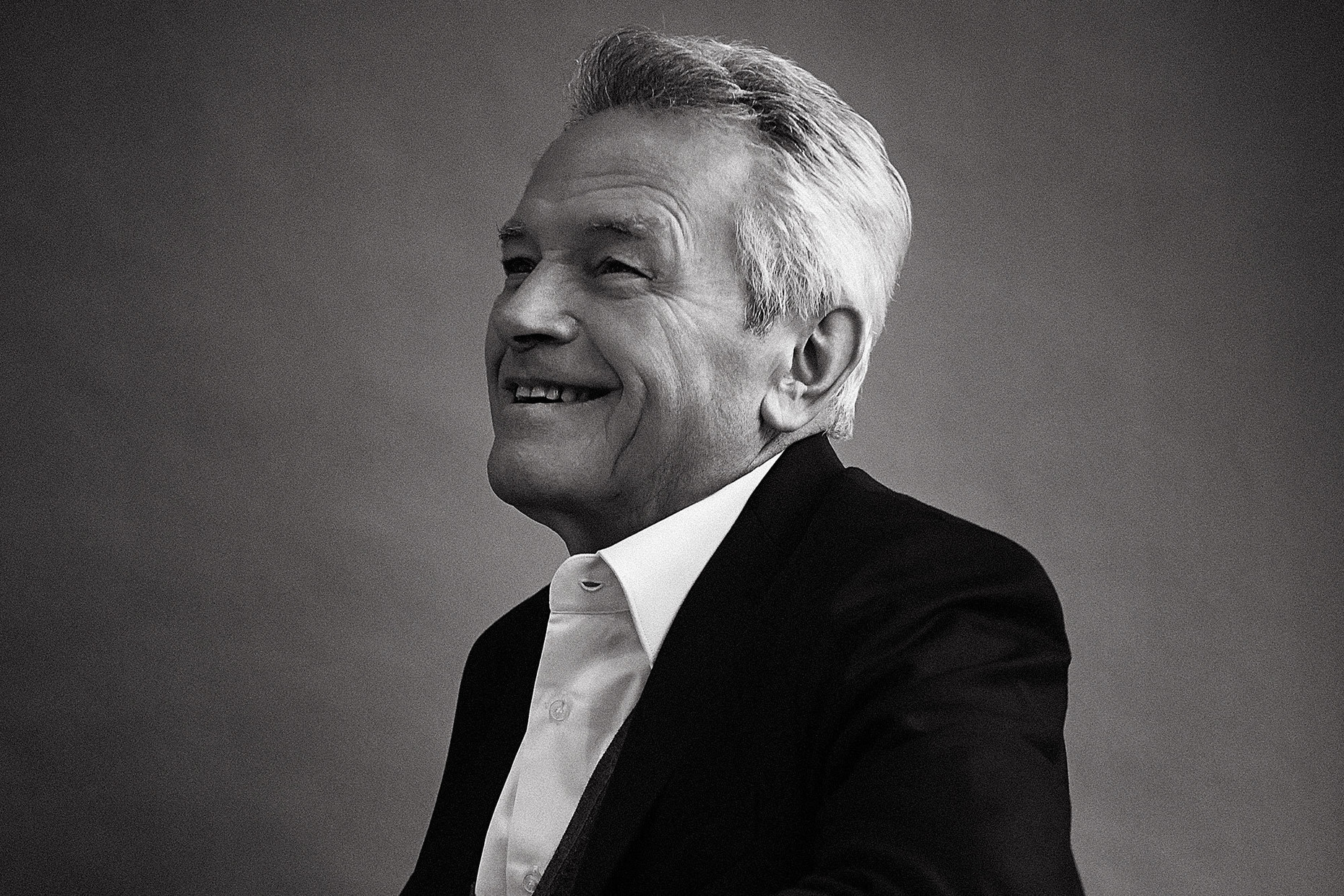 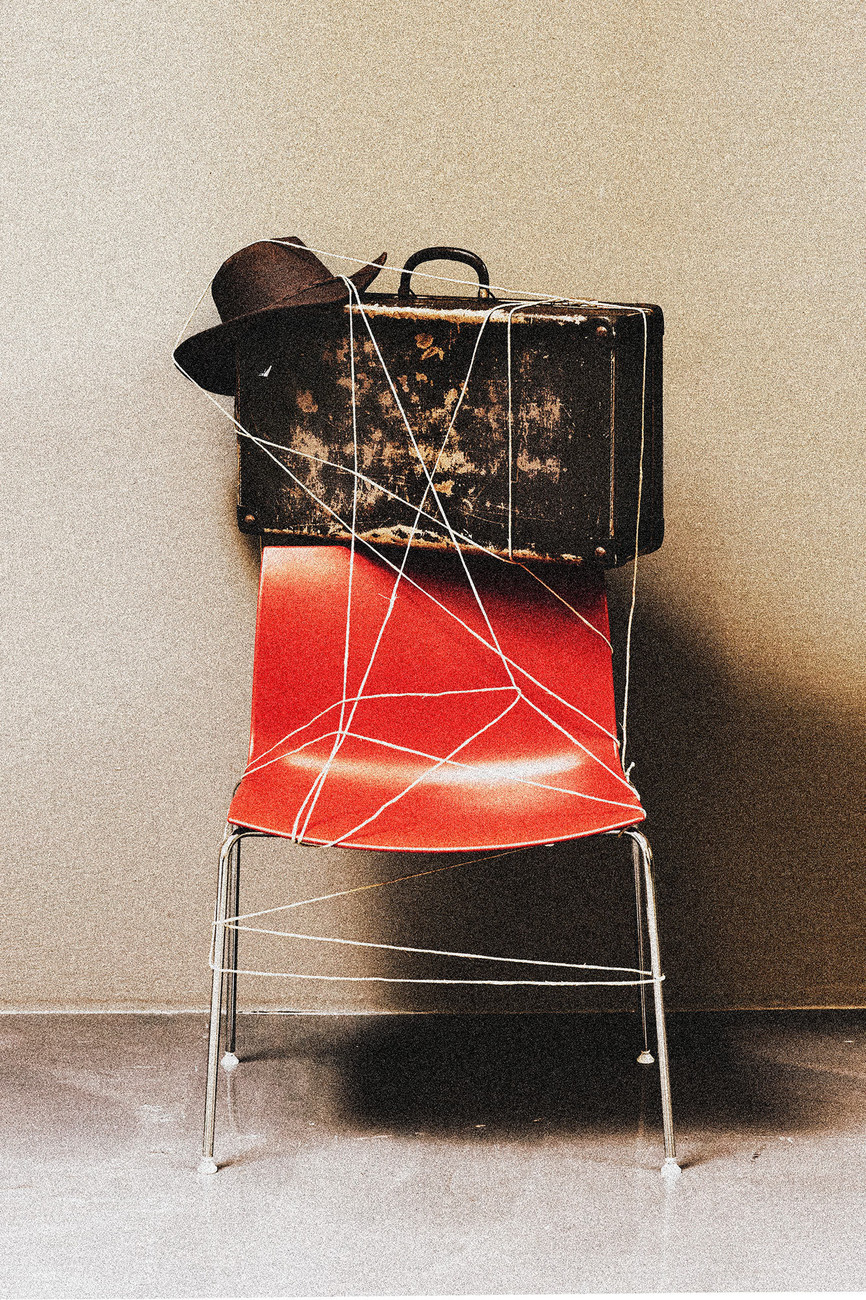 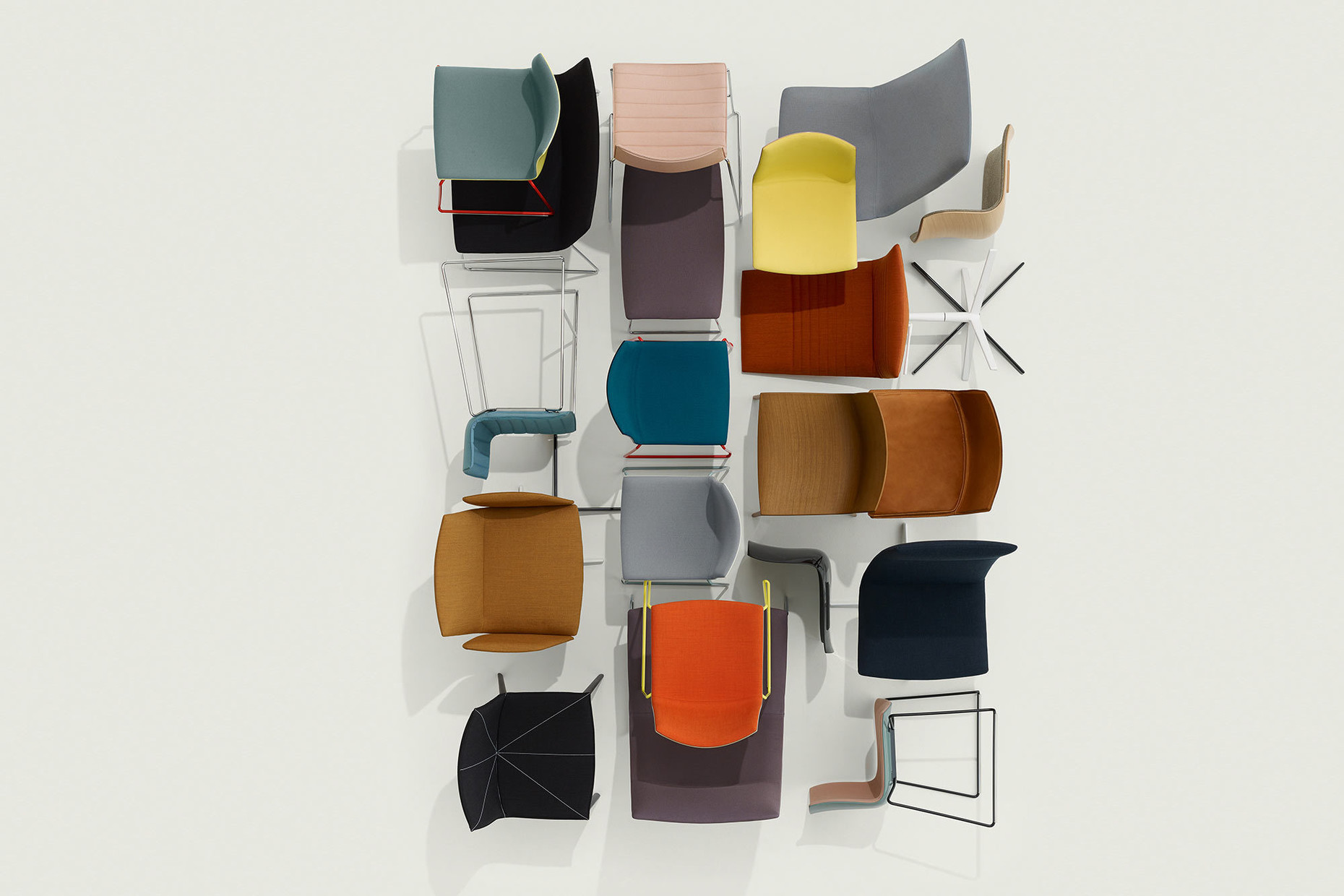 How do you furnish the offices of a crypto-currency exchange? This was the task facing Japanese architecture office Ultra Studio. The products by Arper provided the perfect solution. 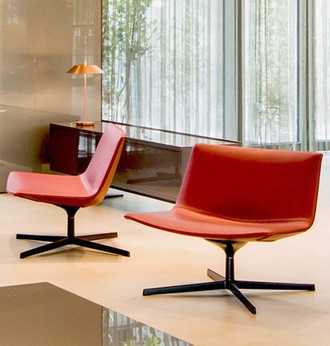 For the Four Points by Sheraton Hotel in Mestre, Venice, Arper has combined severe lines with playful colors. 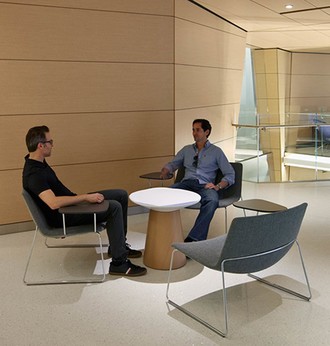 At Georgetown University Arper is busy combining function and aesthetics with a fine attention to detail and flexible solutions. 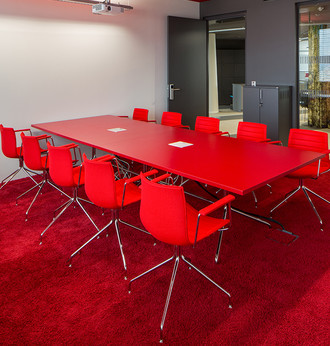 A little piece of Italy high above Vienna

The colorful new headquarters of Austrian Federal Railways was furnished with chairs and tables from Arper.