In the latter days of its existence, there is something in the tones, textures and tiering of the late Robin Hood Gardens that meant its state-led decline took on a particularly delinquent hue. When the sun hits at just the right angle, the brown of the boarded up front doors complement the colours of the surrounding concrete structure; the close-knit community of windows and balconies resemble stacked-up boxes, ready for removal; and the 45-degree angles of the blue stairway palisades appear like caricature depictions of cracked-windows clinging on to knackered hinges.

The estate’s descent into dereliction was the painful slide of an East London character; a veritable cockney born into the city at a time of optimism, promising a bright future for both its residents and it’s architectural promise. A trailblazer upon completion in 1972, Alison and Peter Smithson created a poetic pocket of Poplar that nestled into an awkward footprint like an eccentric aunt in the corner of the pub.

Bordered by a busy road leading to the Blackwall Tunnel – one of the East End’s few river crossings, more famous today for its traffic pile-ups than its Victorian engineering innovation – the old eccentric kept an eye on the world passing-by, but always seemed more comfortable facing inward: more a home-maker than a curtain-twitcher.

The estate comprised two slab blocks of seven and ten storeys, with their era-defining ‘streets in the sky’, that faced towards eachother in a pre-cast concrete embrace. Between these lay a park with a man-made hill; an urban idyll for playing kids and architectural students alike. A clear reference to Corbusian ideals for Modernist housing estates, the park was one of the most charming elements of the project and, even in its run-down latter days, had an air of mystique. Overgrown and untended, the green space was at once wild and familiar, a place for play, a picnic, a pause. From atop the hill, the view of Erno Golfinger’s Balfron Tower to the north created the impression of a Municipal Dream-scape London, where housing for the masses punctuated the skyline.

A turn to the south, however, revealed a starker truth. There, the glass and steel hulks of Canary Wharf still loom as crude reminders of the London built in the decades after the Smithsons: an increasingly fragmented and unequal city currently in the process of being torn up for the erection of luxury apartments with paltry smatterings of social housing.

"Blackwall Reach", the new development subsuming Robin Hood Gardens and the 20 acres around it, will include those luxurious abodes – promotional material for the development describes the 5-star concierge service and integrated wine coolers for its 24th floor penthouses. However, the developments coming on the actual footprint of Robin Hood Gardens appear more promising for both local residents and even connoisseurs of the built environment.

With a design by Metropolitan Workshop in collaboration with Stirling Prize-winners Haworth Tompkins, the new scheme preserves the Smithsons’ bucolic mound and replaces the slab blocks with four stepped buildings combining mid-rise and terraced homes. As Haworth Tompkins assert, this new development will re-provide all the existing affordable homes on the site and the former-residents of Robin Hood Gardens will be offered the right to return. On top of this, the overall scheme is set to include 561 homes for social rent by local people – more than twice the amount contained within the Smithsons iconic structure.

Similar promises have been made to council tenants across London in recent years – most notably at the Carpenter and Heygate estates in Stratford and Elephant and Castle respectively – and shamefully reneged upon. However, Swan Housing, the association taking over the housing stock at Blackwall Reach maintains it will offer ‘protected assured’ tenancies to the current social tenants on the site of Robin Hood Gardens – the most secure tenancy available in a city rife with housing insecurity. This could, dare I say it, be a rare example of a London regeneration project that will actually benefit its pre-existing community.

Nonetheless, its hard not to mourn the loss of that eccentric aunt in the corner. Rusty round the edges, slightly old fashioned and not entirely functional, Robin Hood Gardens was still an exemplar piece of architecture and a unique piece of city. What comes in its place may be a more up-to-date slice of housing infrastructure, but is unlikely to capture the imagination of generations of students and enthusiasts of the built environment – nor the Zaha Hadids and Richard Rogers of the world – in quite the same way. In the loss of Robin Hood Gardens, we’ve lost the charm, the stories, the dreams of a built future that looked like no other. And what’s in its place? A sharp-suited yuppie with an all too predictable façade. Functional, but a little dull?

Of course, whether the original structure could have been maintained and refurbished as part of this regeneration remains a valid question. Robin Hood Gardens was certainly run down and its reputation suffered as a result – our eccentric friend sometimes veered between wise elder and embarrassing relative. The effect this dilapidation had on the opinions of residents at the estate remains somewhat ambiguous: two conflicting surveys carried out between 2008-9, one by the local authority and one by a resident, indicate residents were paradoxically in favour of both demolition and refurbishment.

The most significant blow to the estate, however, seemed to come in 2009 when Historic England (then English Heritage) refused it protected status on account of its “bleak” architecture. Of course, this bleakness owed in no small part to council neglect. Complaints by residents reported around the time listing was rejected referred to issues such as leakages and single-glazed windows: maintenance issues surely easily resolved by a local authority more interested in the long-term preservation of its social housing stock. As Alison Smithson herself put it in 1970, “The maintenance of quality objects is a real cultural necessity”. All this said, the preservation of the structure alone would do little to guarantee the preservation of the communities who had lived there – the upscaling and gentrification of Goldfinger’s Trellick Tower in West London has taught us that.

If the outcome of this failure on the part of the local authority is more, better maintained social housing at the expense of architectural heritage then so be it. London is desperate and compromise is now inevitable. It is important to keep sight of what London needs in an era of austere ambitions and budgets. But for now, join me in raising a glass to the departed: East London’s eccentric old friend Robin Hood Gardens; may the Smithsons’ streets in the sky live long in municipal dreams. 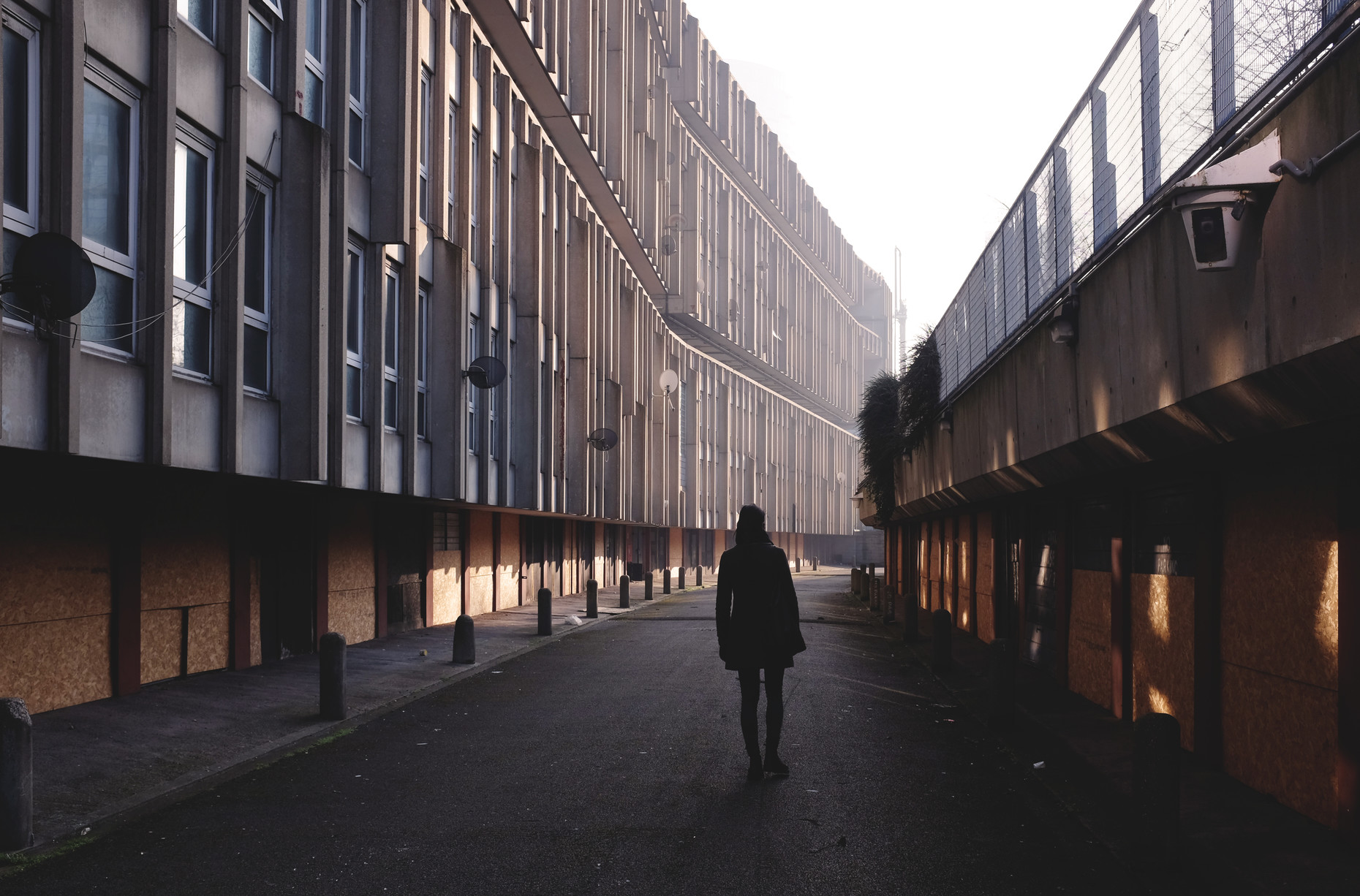 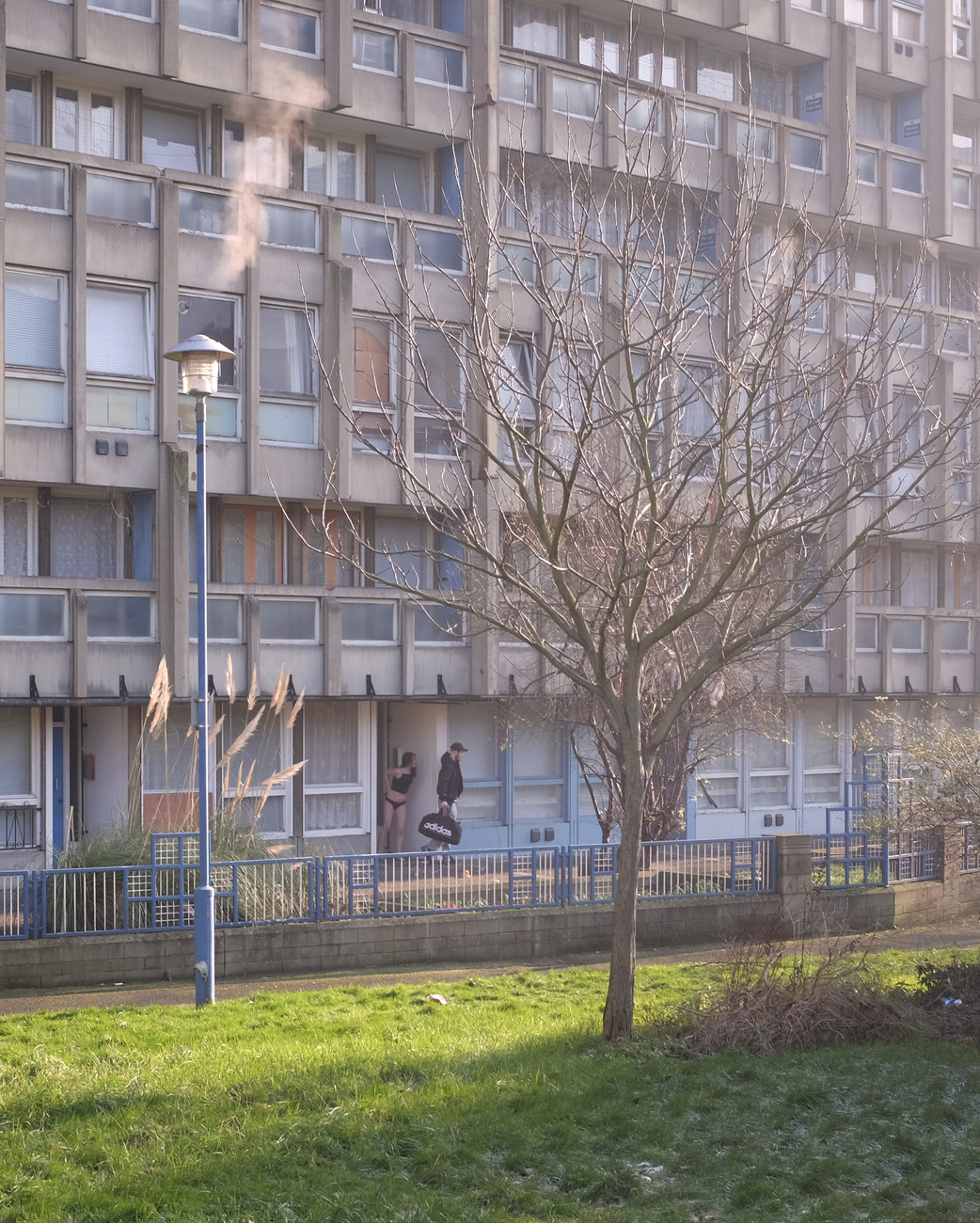 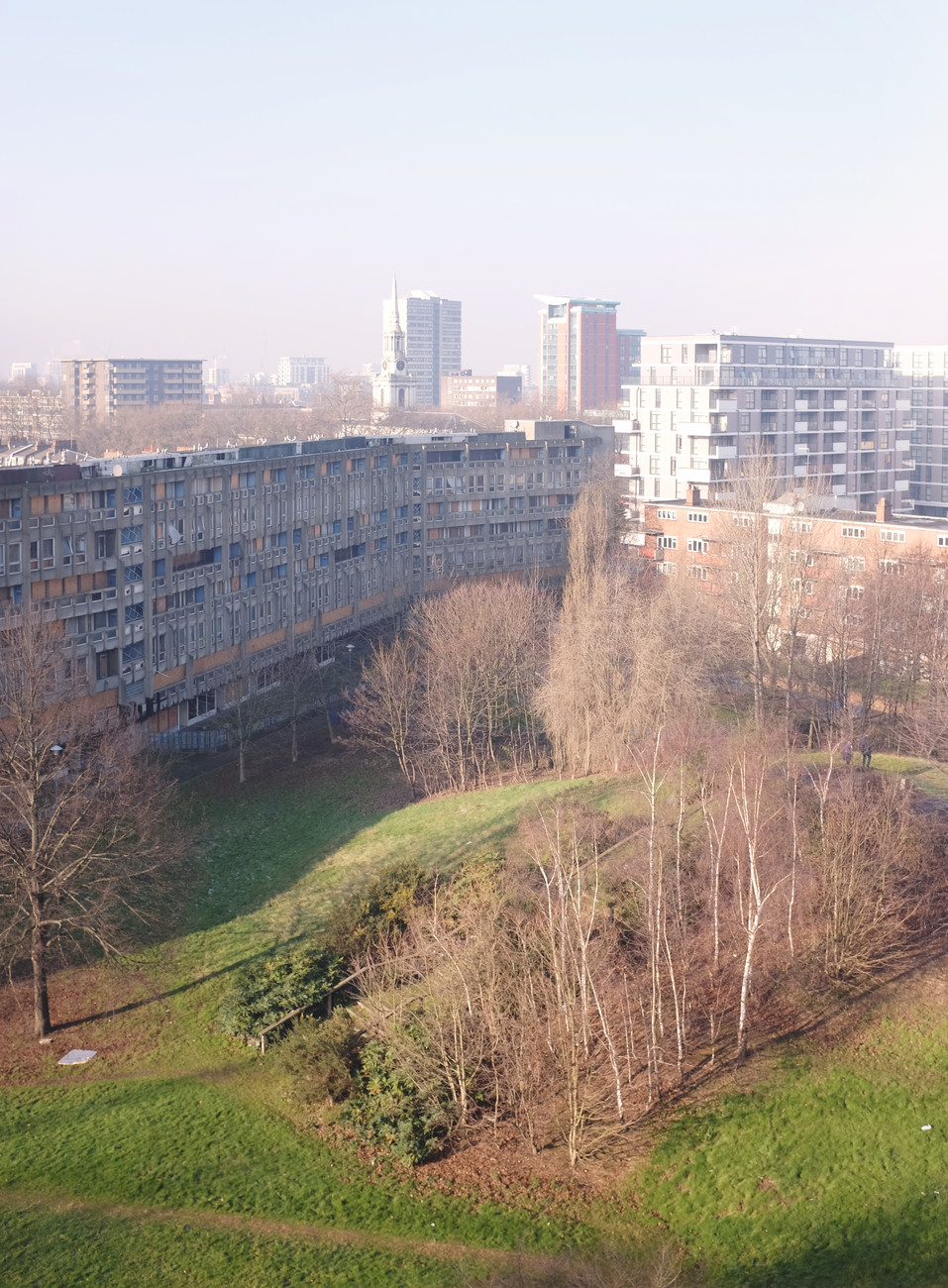 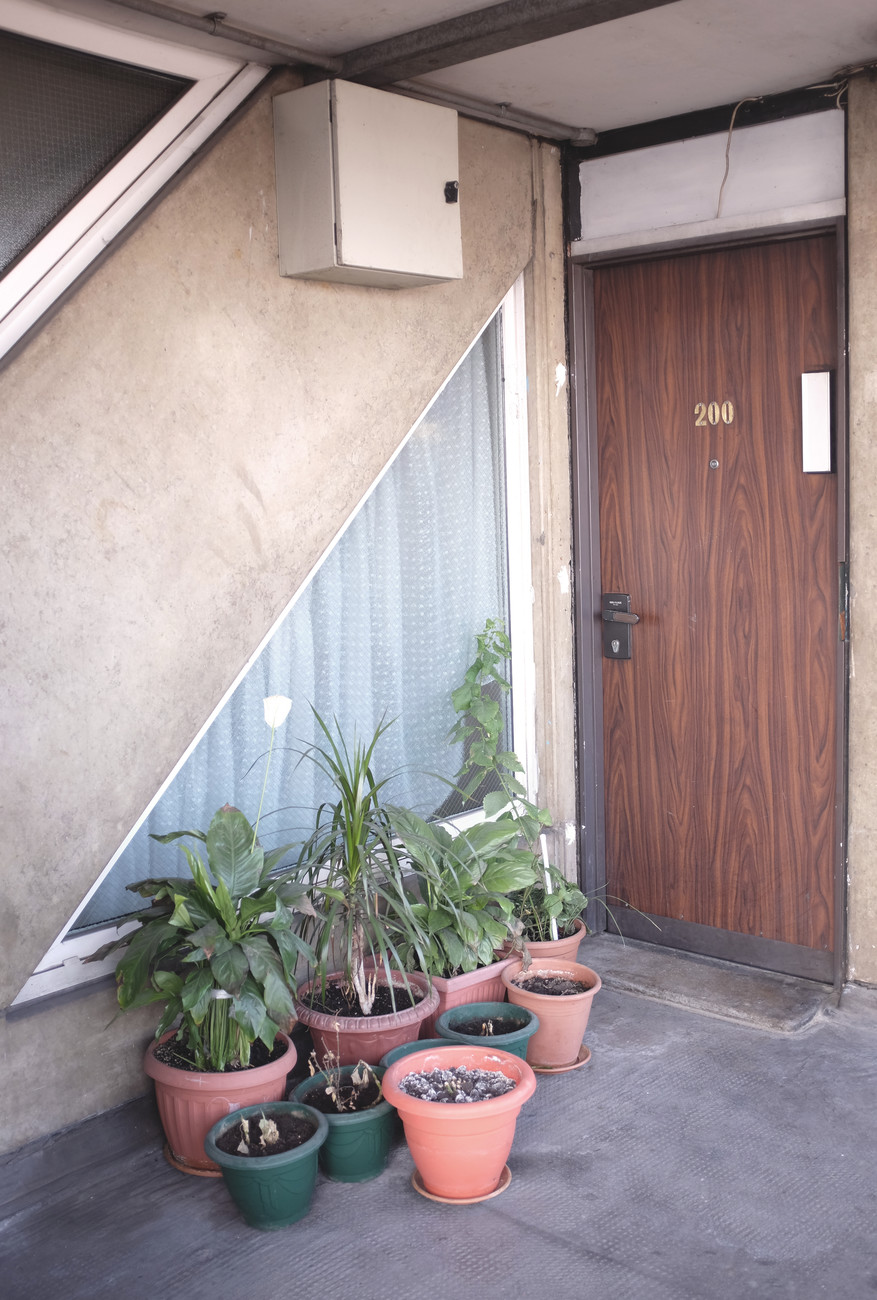 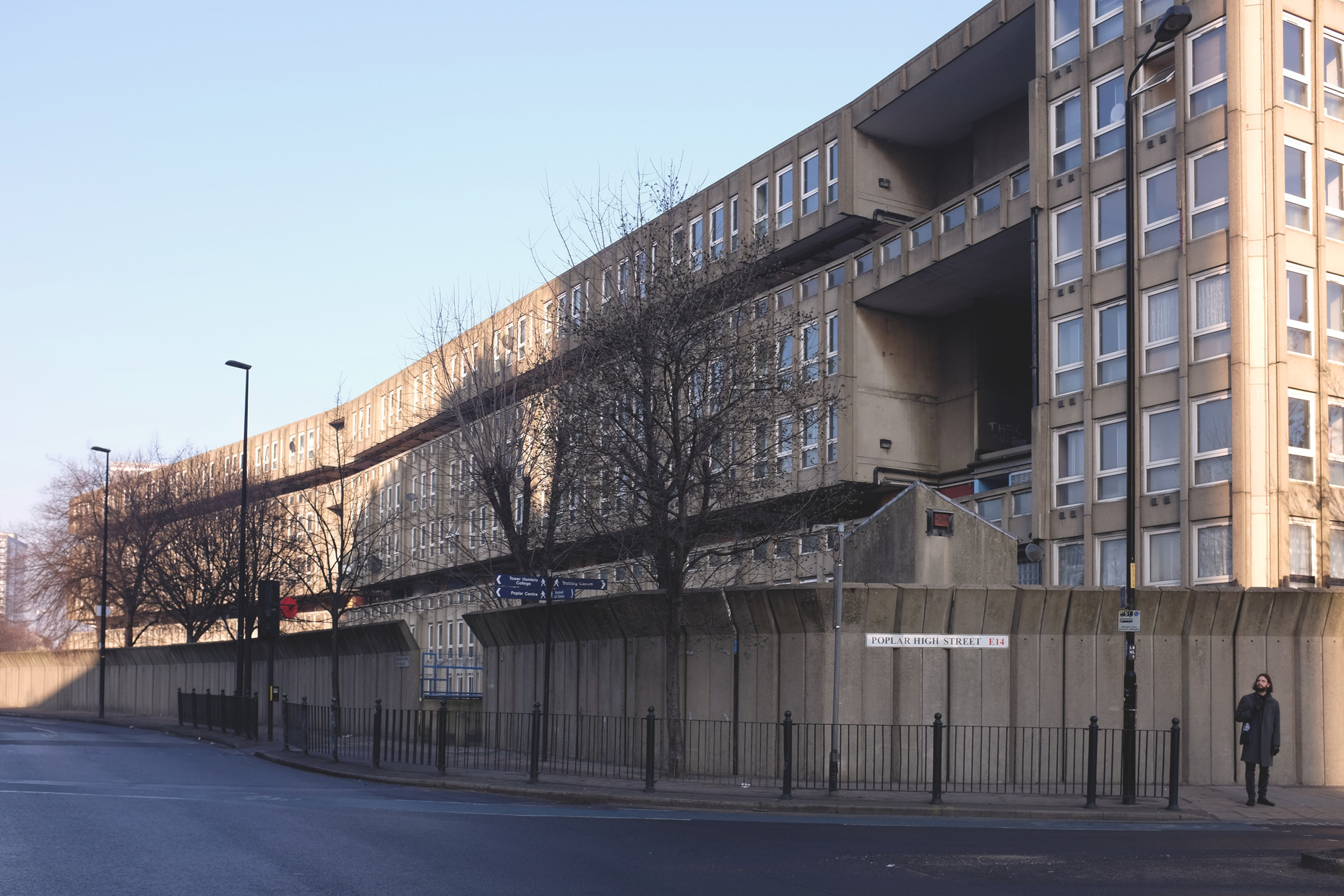 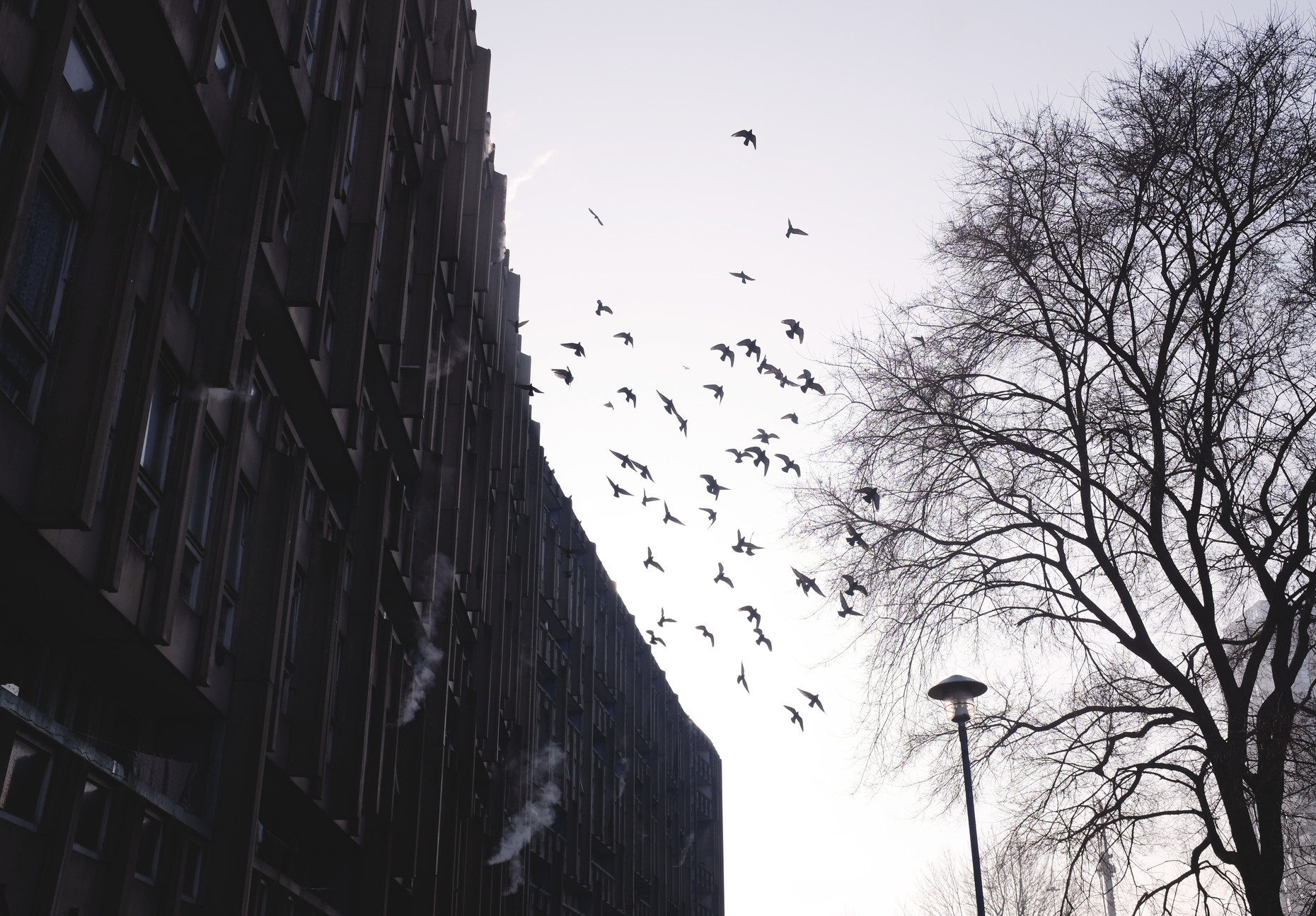 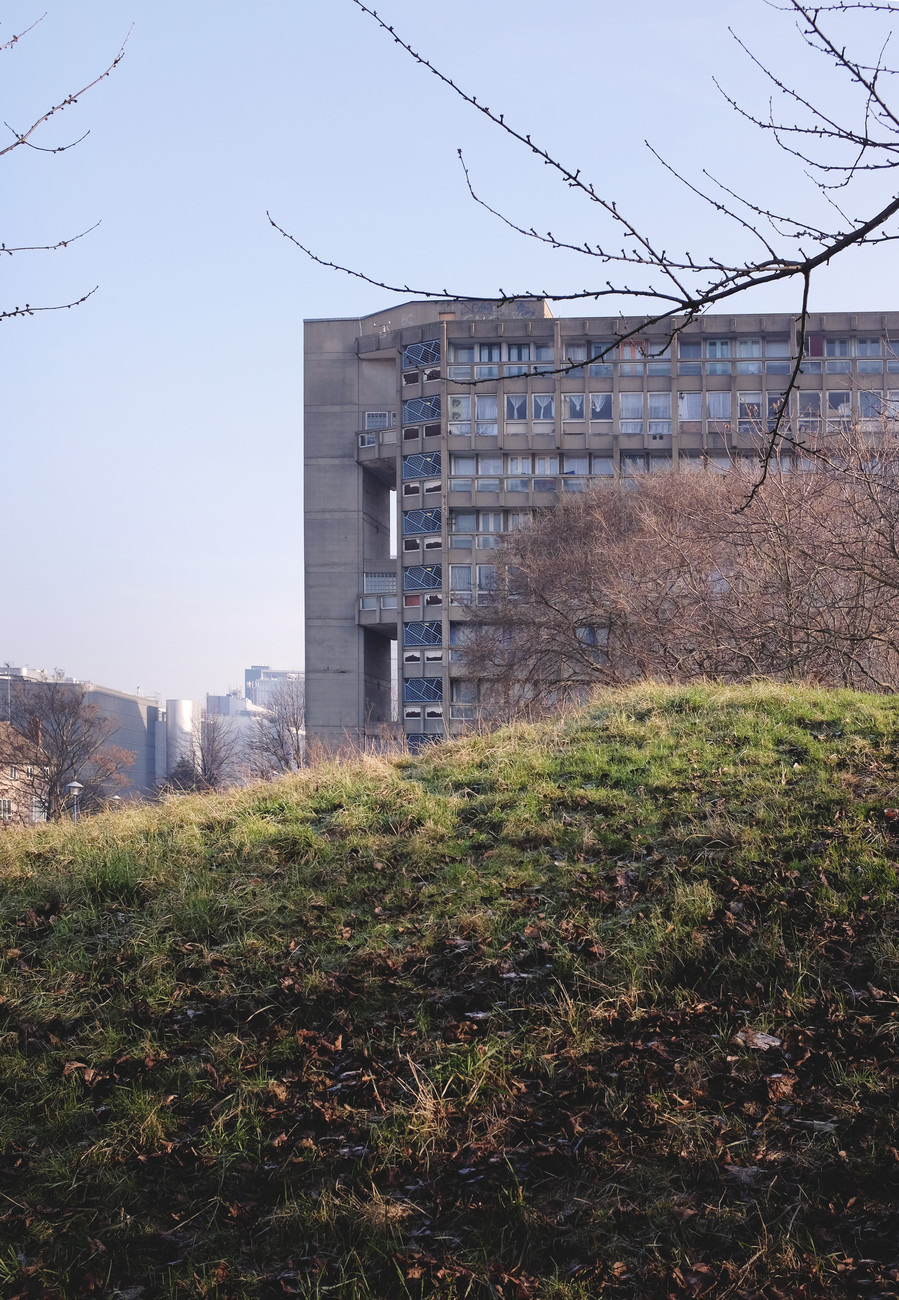 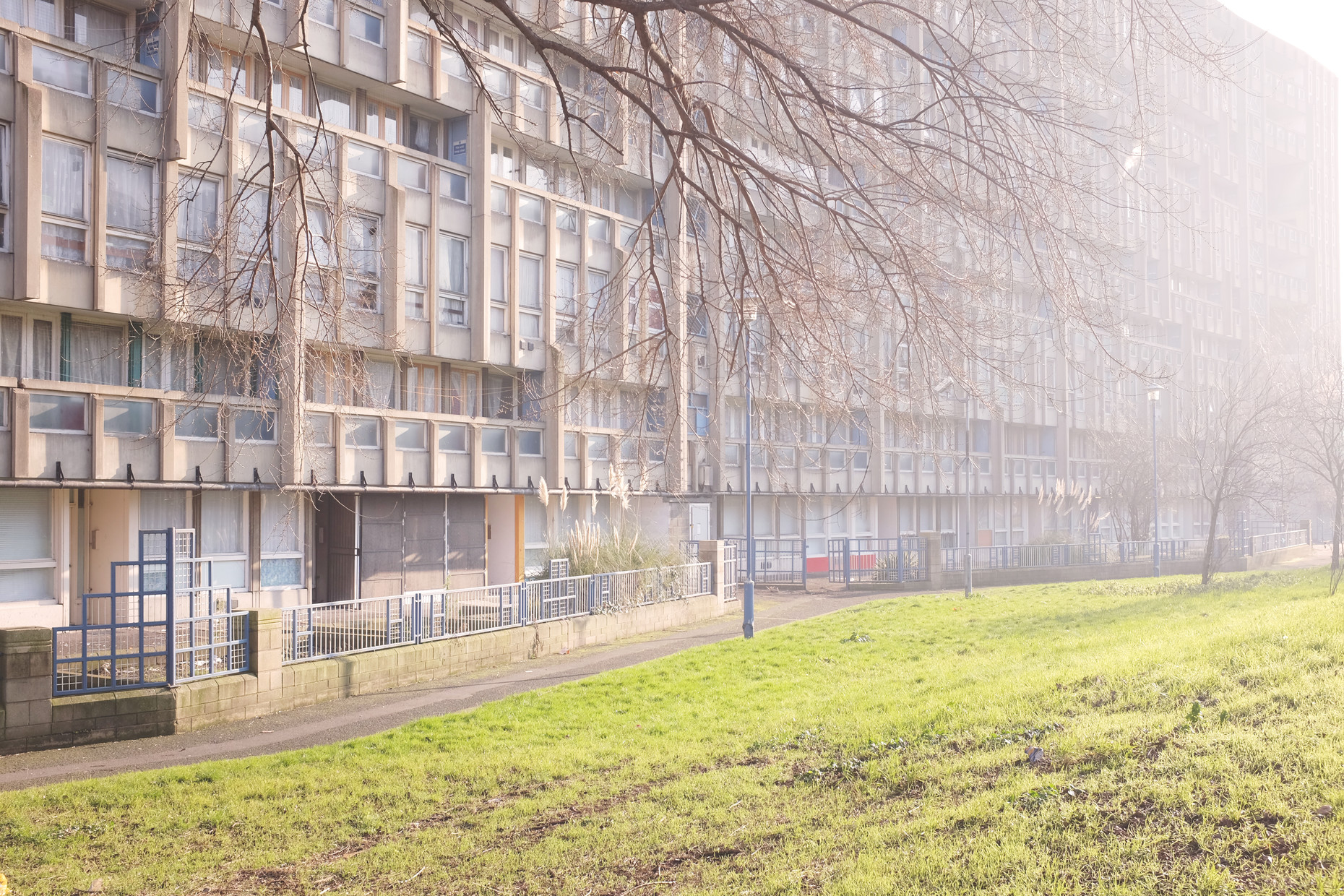 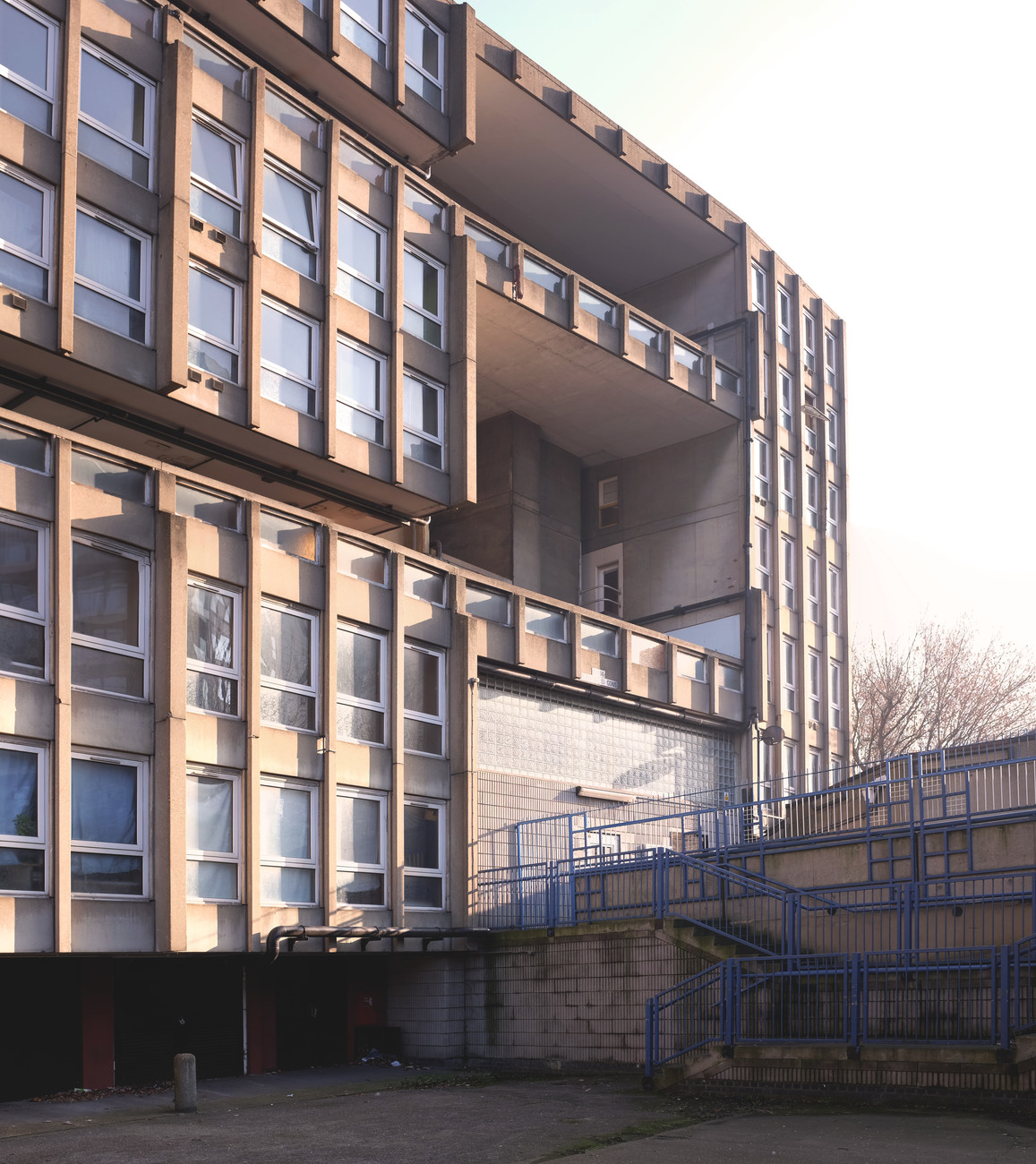 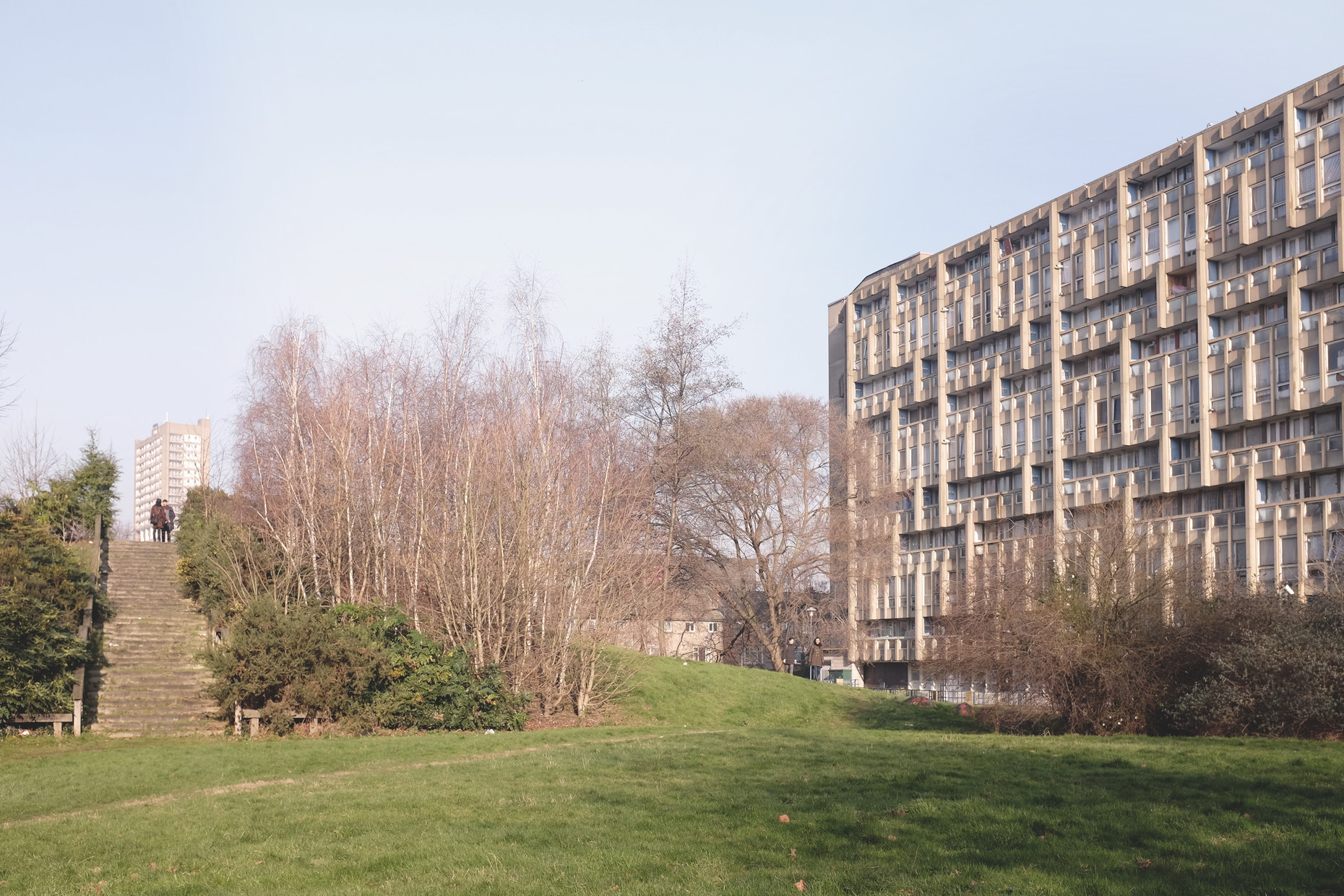 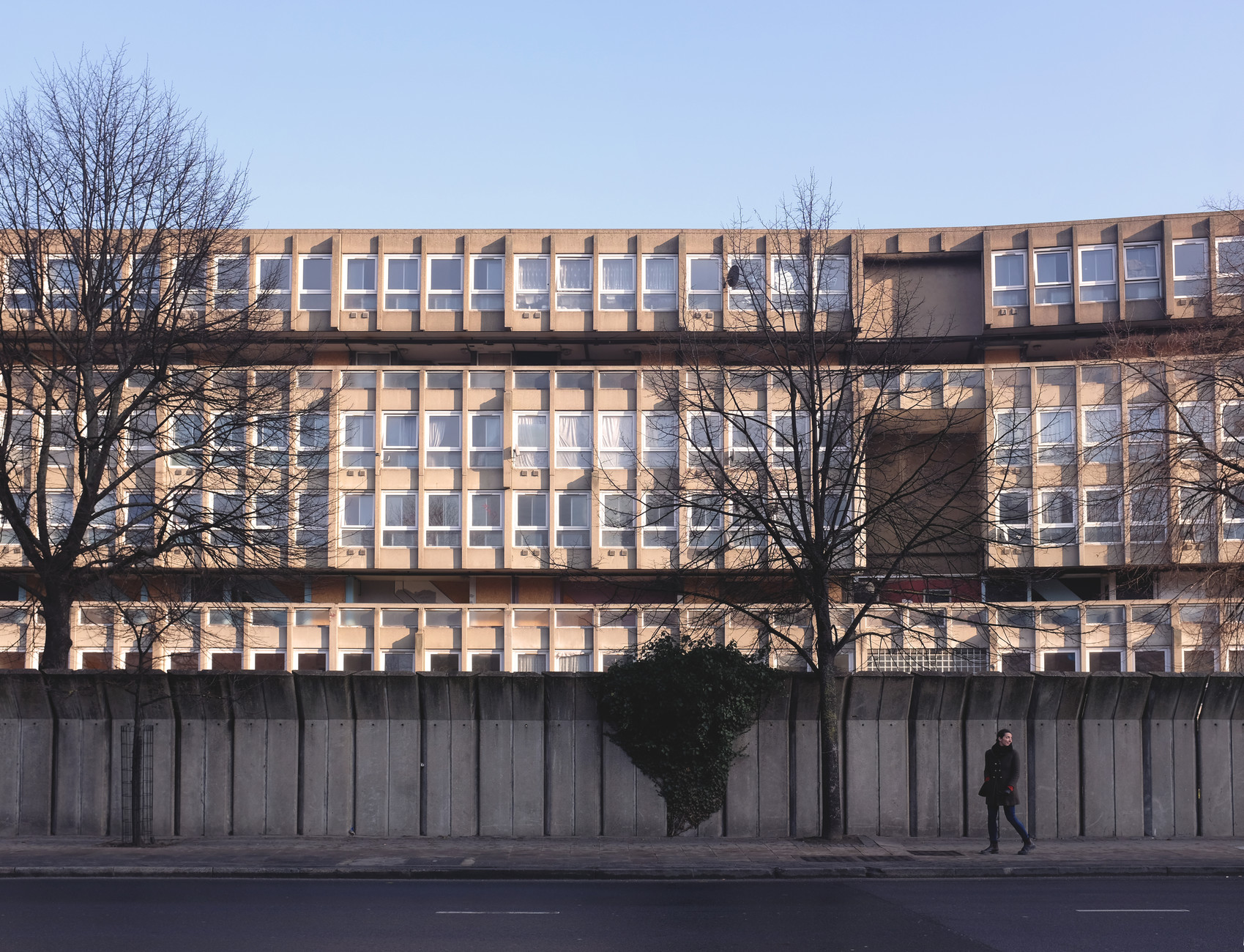 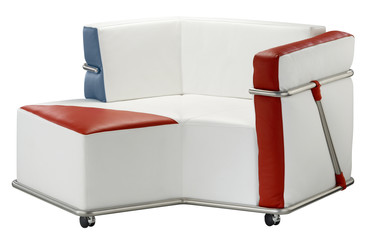 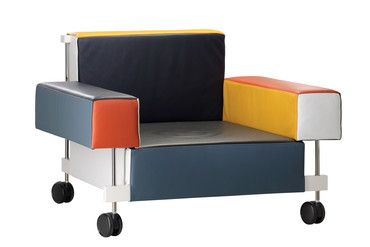 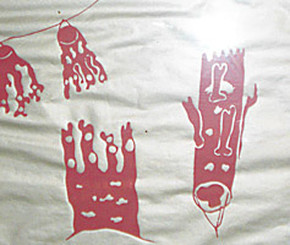 A visit to Tecta in Lauenförde is like an excursion into a different, better world. There, managing director Axel Bruchhäuser has created a cosmos where the Bauhaus and international post-war architects and artists enter into a fantastic symbiosis. 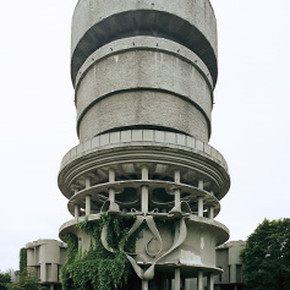 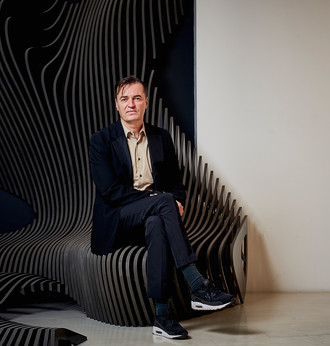 The theories of Patrik Schumacher, which explain why parametrism is the architectural language of the 21st century, are controversial. Here we put them up for discussion on the basis of a lecture he originally gave in Munich.