STYLEPARK AXOR
Telling your own story

In the form of “AXOR MyEdition” AXOR is presenting a collection which not only stimulates your creativity but also fosters a personal relationship to the objects in your home.
11/13/2020

You might describe the concept behind “AXOR MyEdition” as the big wide world in a teacup. With its AXOR brand, the Hansgrohe Group is effectively reflecting the growing trend towards personalization and is offering a collection that aside from its high-quality workmanship also has a piece of history in its DNA. The idea is really simple: AXOR provides a neutral cover plate whose material customers can select and that tops the “AXOR MyEdition” faucet. With the help of material specialists on site you can then choose a surface that not only exhibits your personal design wishes but also possesses its very own narrative.

Specifically, the faucets consist of a body and a cover plate available in standard versions as a combination of chrome/mirrored glass or chrome/black glass respectively. In addition, they can be finished with a combination of “15 AXOR FinishPlus PVD surfaces” and exclusive “AXOR signature materials” such as metal, wood, marble or leather. And with over 225 design versions there is ample scope for accommodating personal design ideas. The streamlined and subtle design of the collection offers an ideal foundation for this. Overall, “AXOR MyEdition” encompasses nine products for the washbasin, bidet and bathtub, which were created by Phoenix Design.

AXOR was very aware of the fact that the selection of any one material also has a narrative component, and indeed this is why various designers and architects such as Jean-Marie Massaud, Phoenix Design, Barber & Osgerby, Shirley Dong and Sigurdur Thorsteinsson were asked to tell of the places where they personally longed to be.

In the case of Sigurdur Thorsteinsson, for example, this is the highlands of Iceland with its mystical contrasting world of lava, winding rivers, vast expanses of scree, gorges and gigantic glaciers. And in line with this the Icelandic designer incorporated a lump of lava stone as a personalized world into his own bathroom. The respective story is illustrated by impressive aerial images courtesy of Tom Hegen, which put those cherished places and mementoes in a visual context and serve as an additional source of inspiration. (ar)

Moreover, “AXOR MyEdition” contains further narratives that are informed by the craftsmanship of the materials available. This is why AXOR realized portraits of the craftsmen who are behind the “AXOR signature materials” in individual stories named after each material: The “Wood Story”, the “Leather Story” or “Marble Story” each which provide information on the material and origin of the products used and sufficient opportunities to take a piece of your own world home with you. 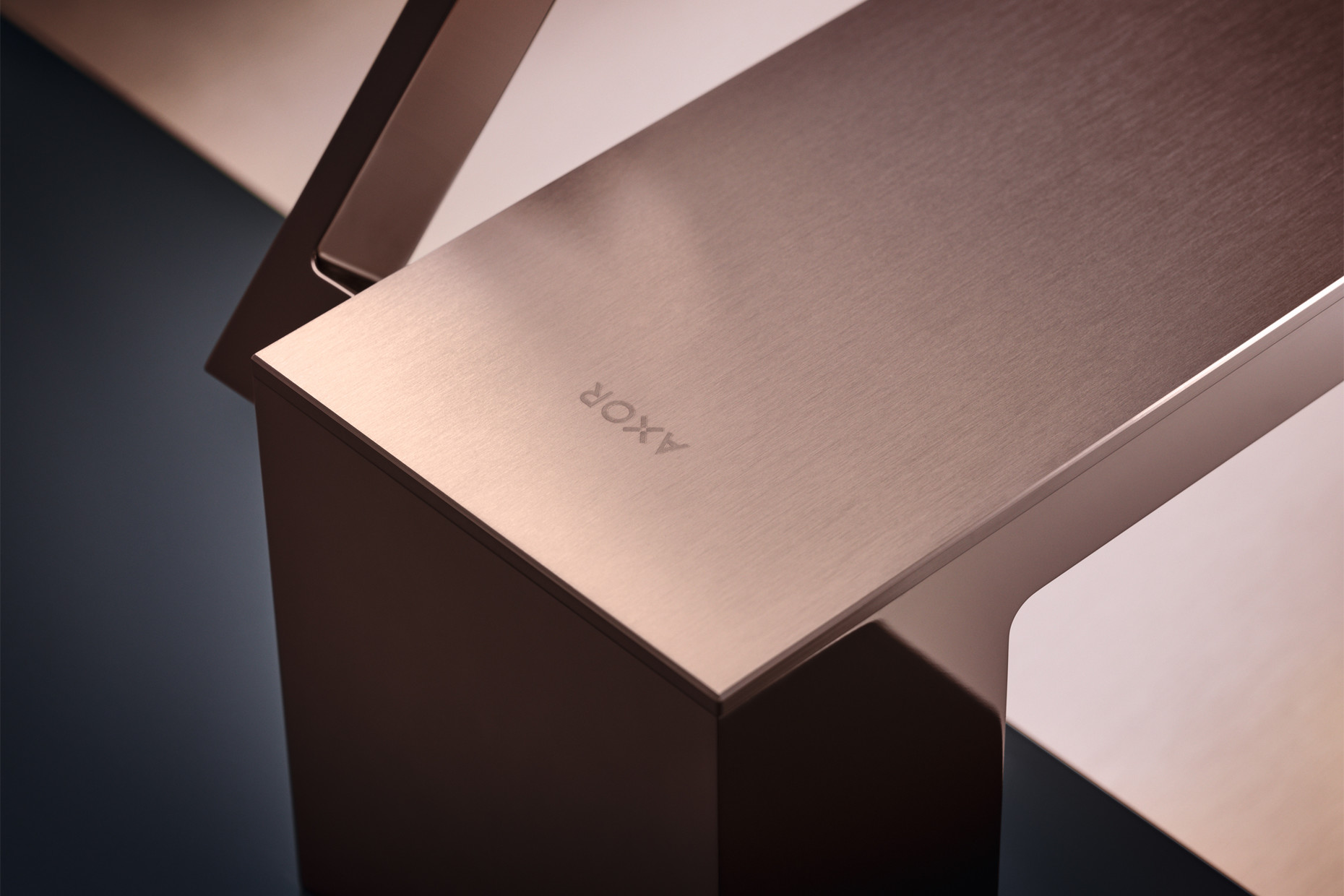 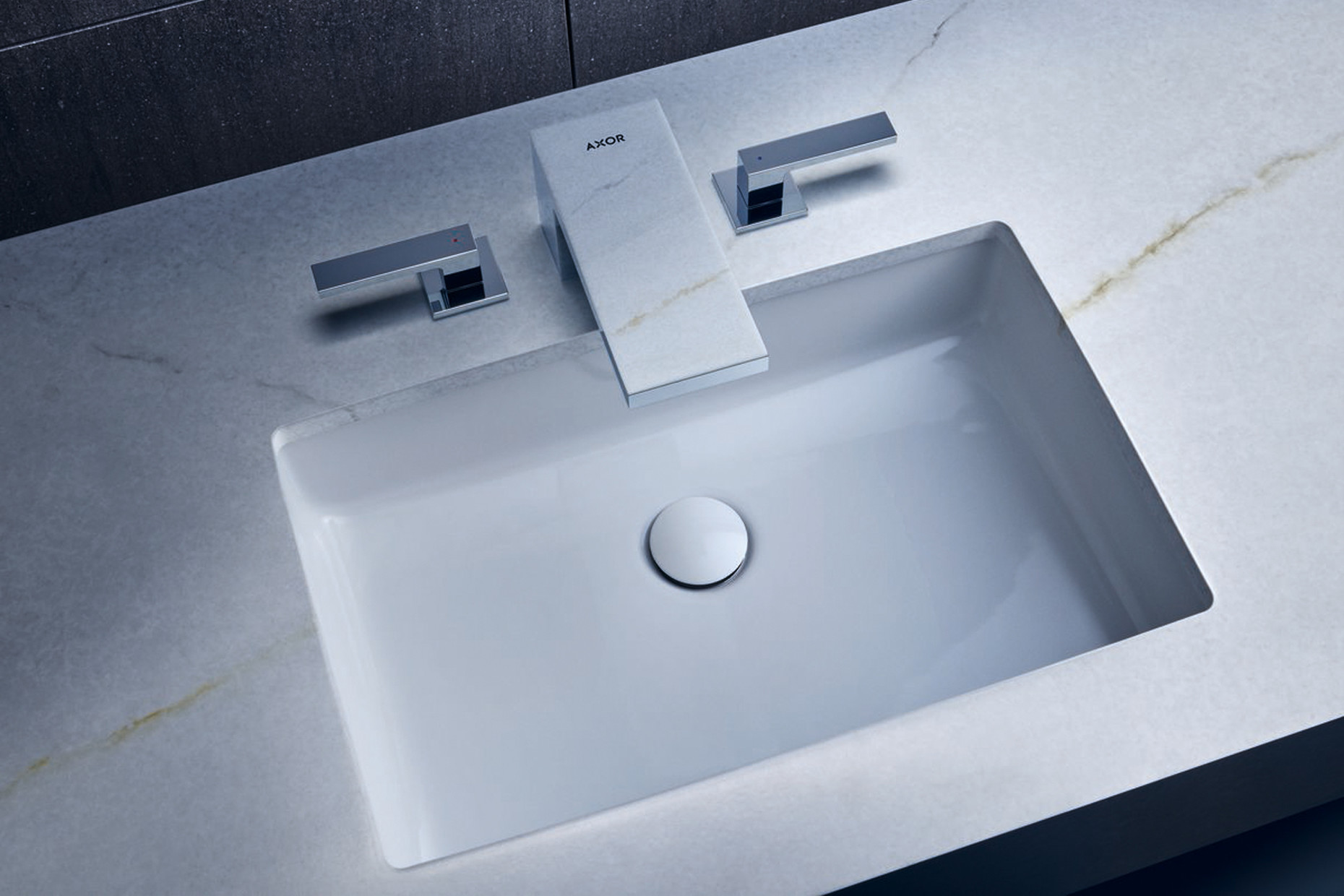 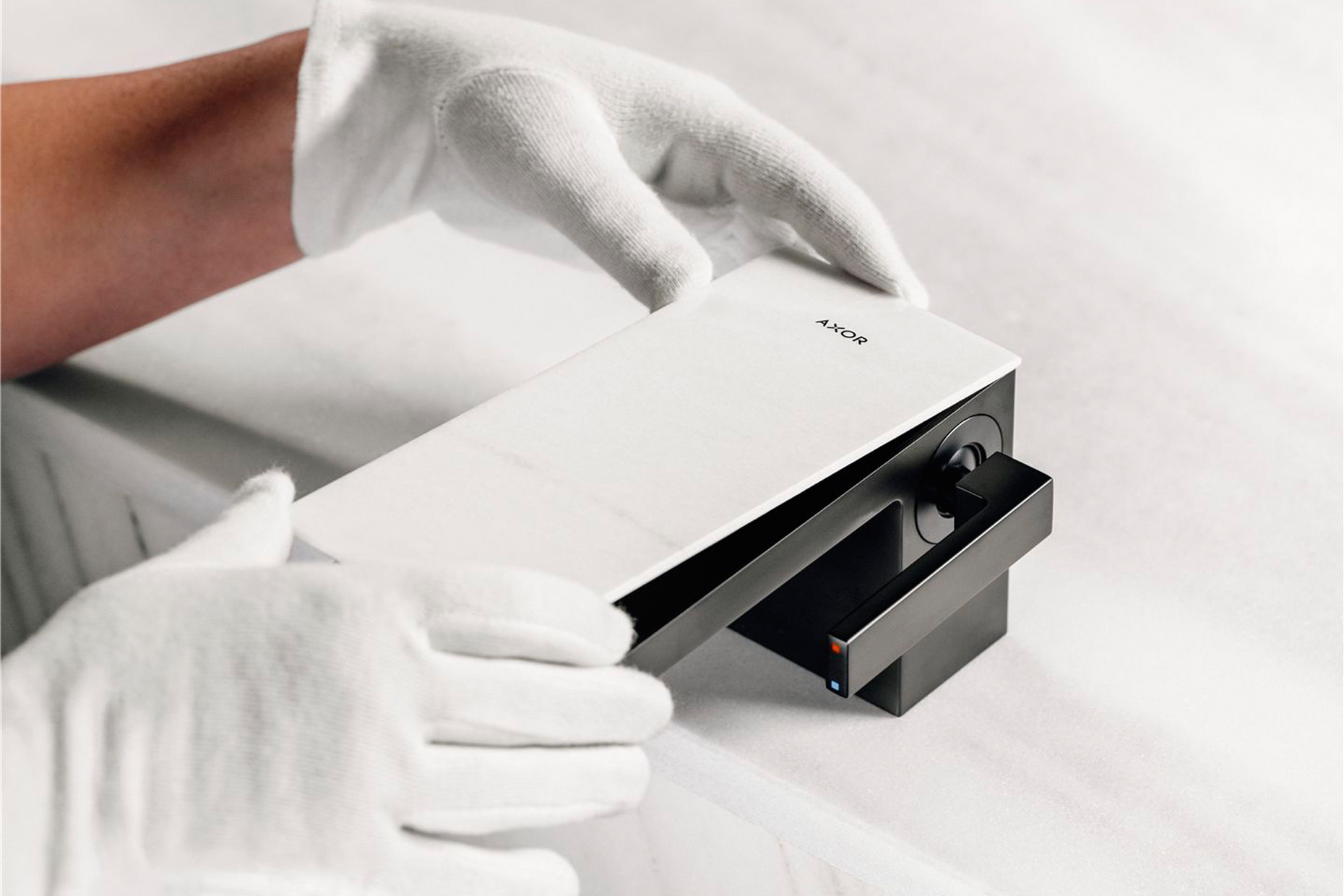 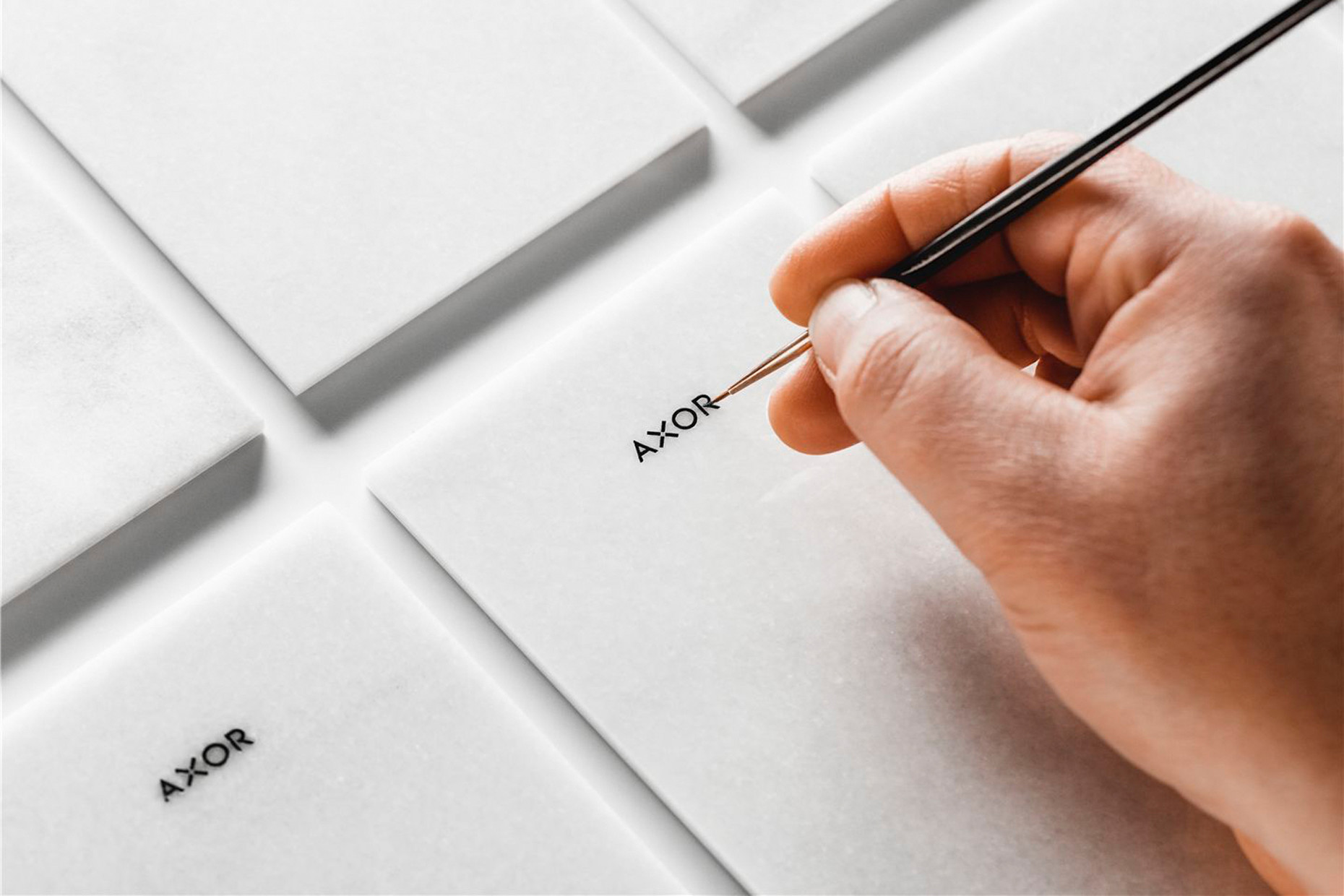 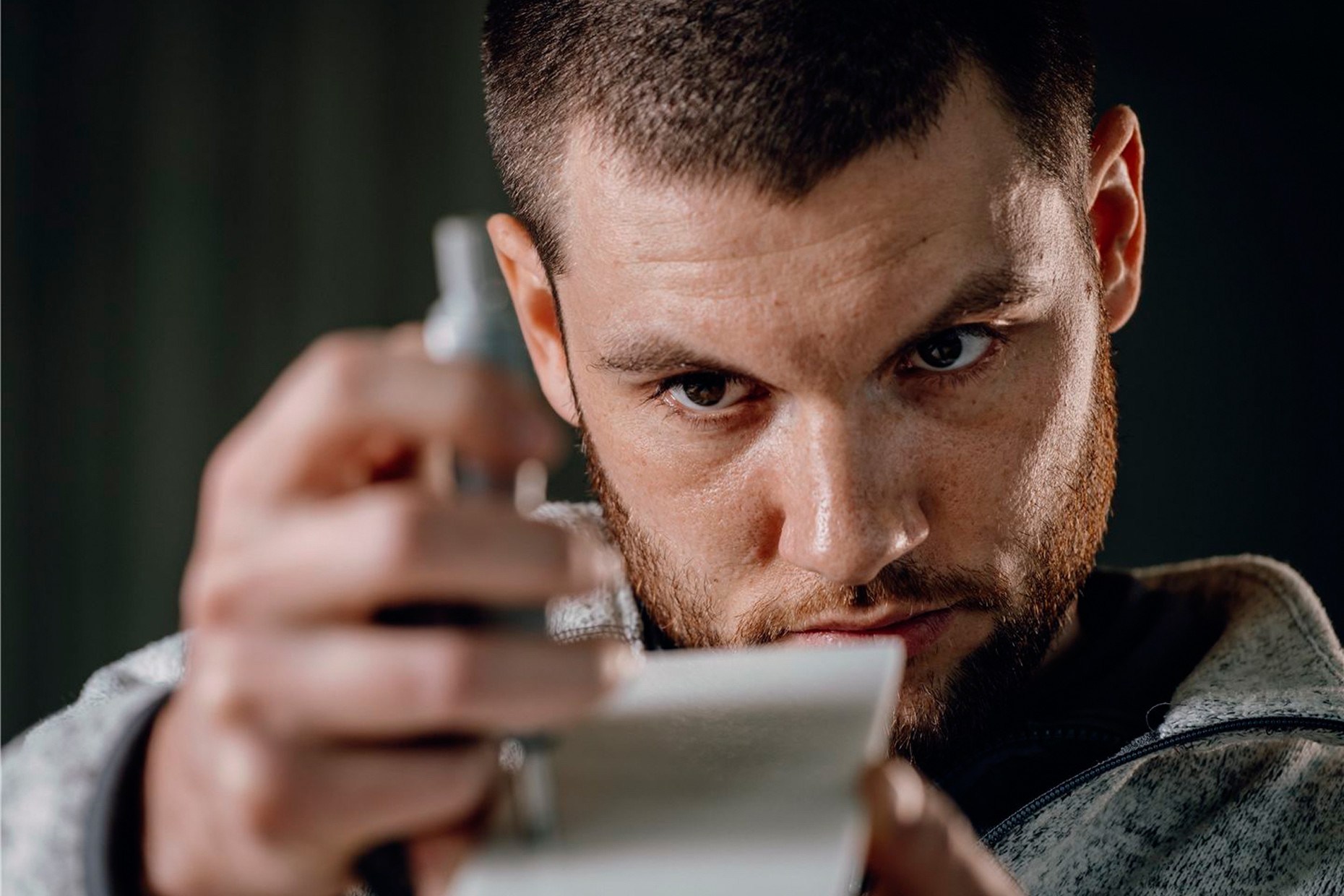 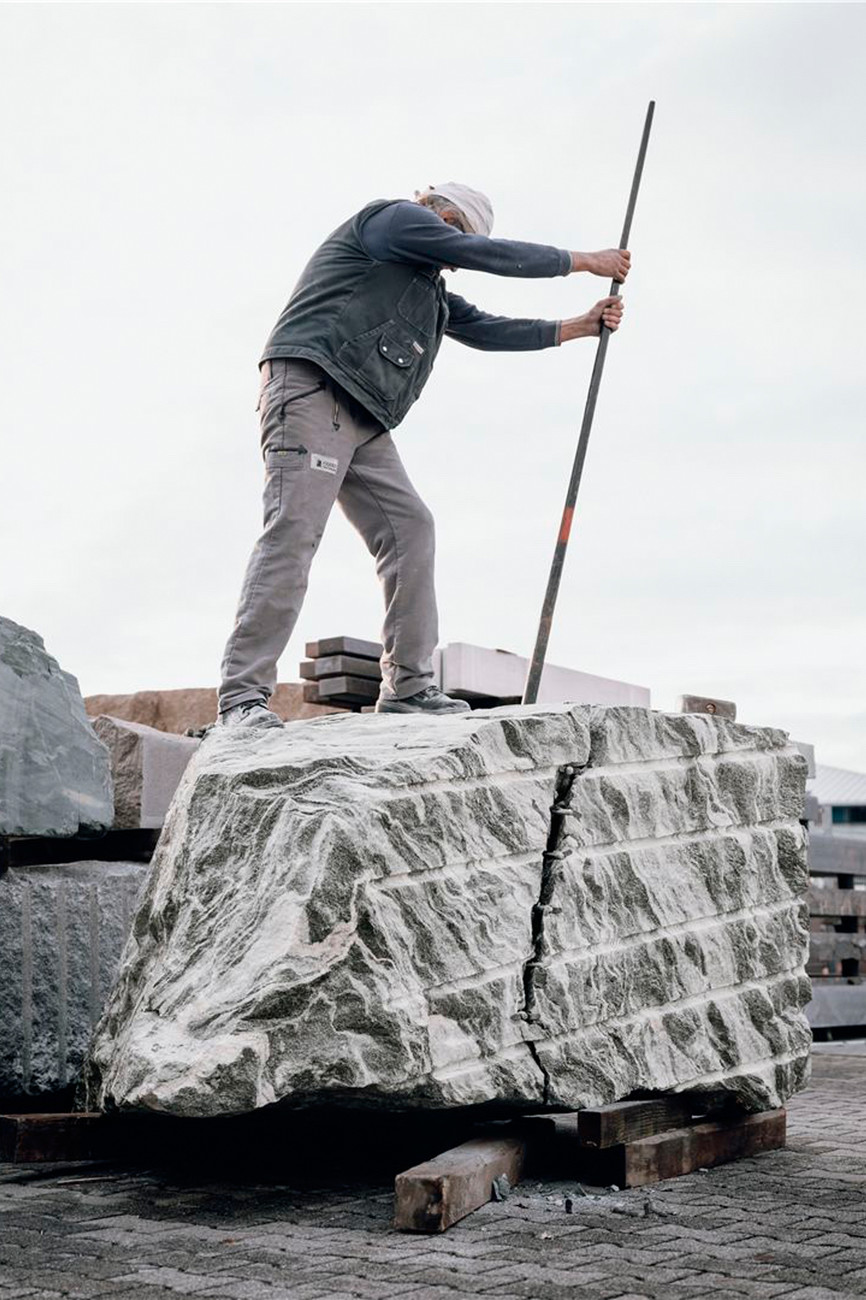 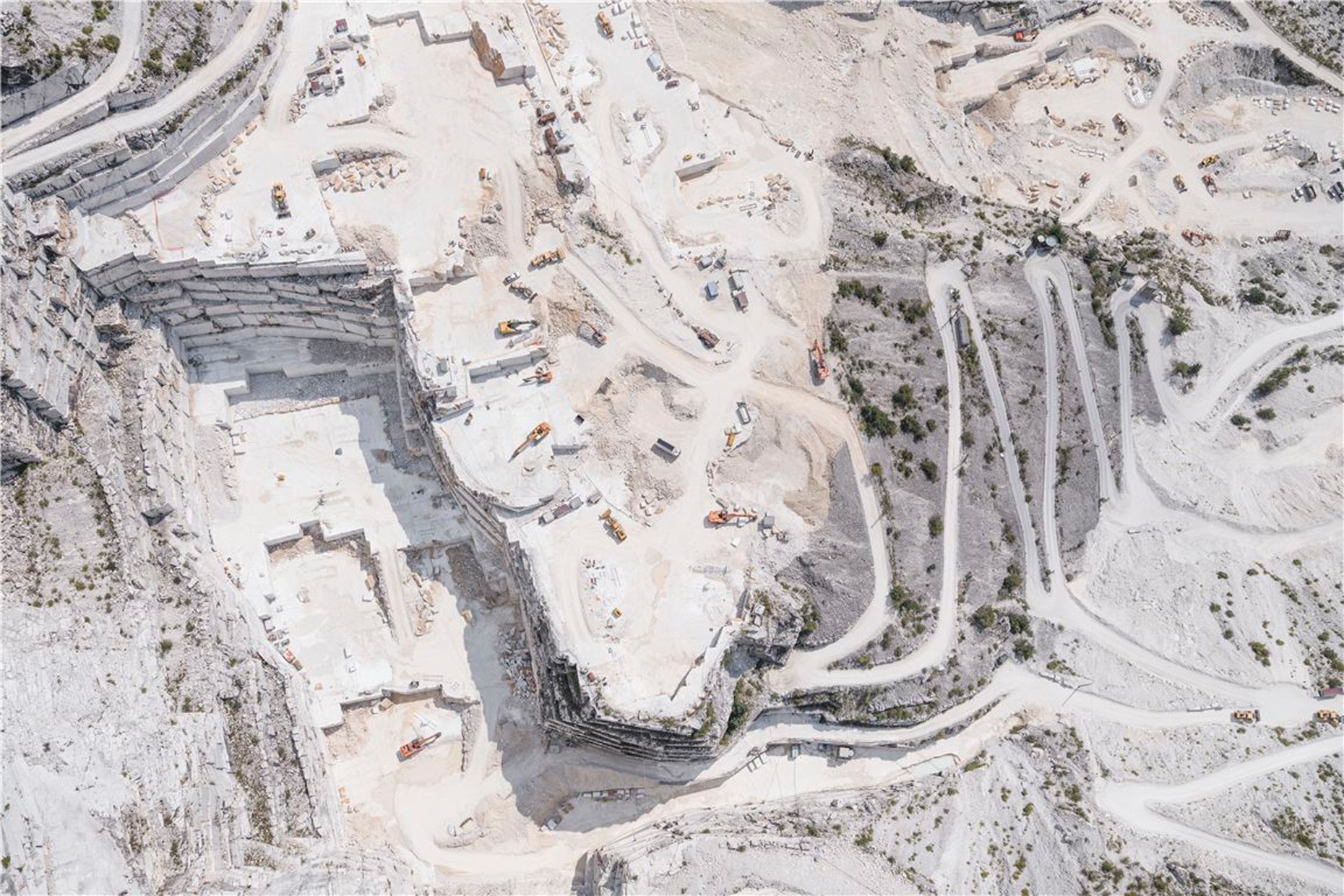 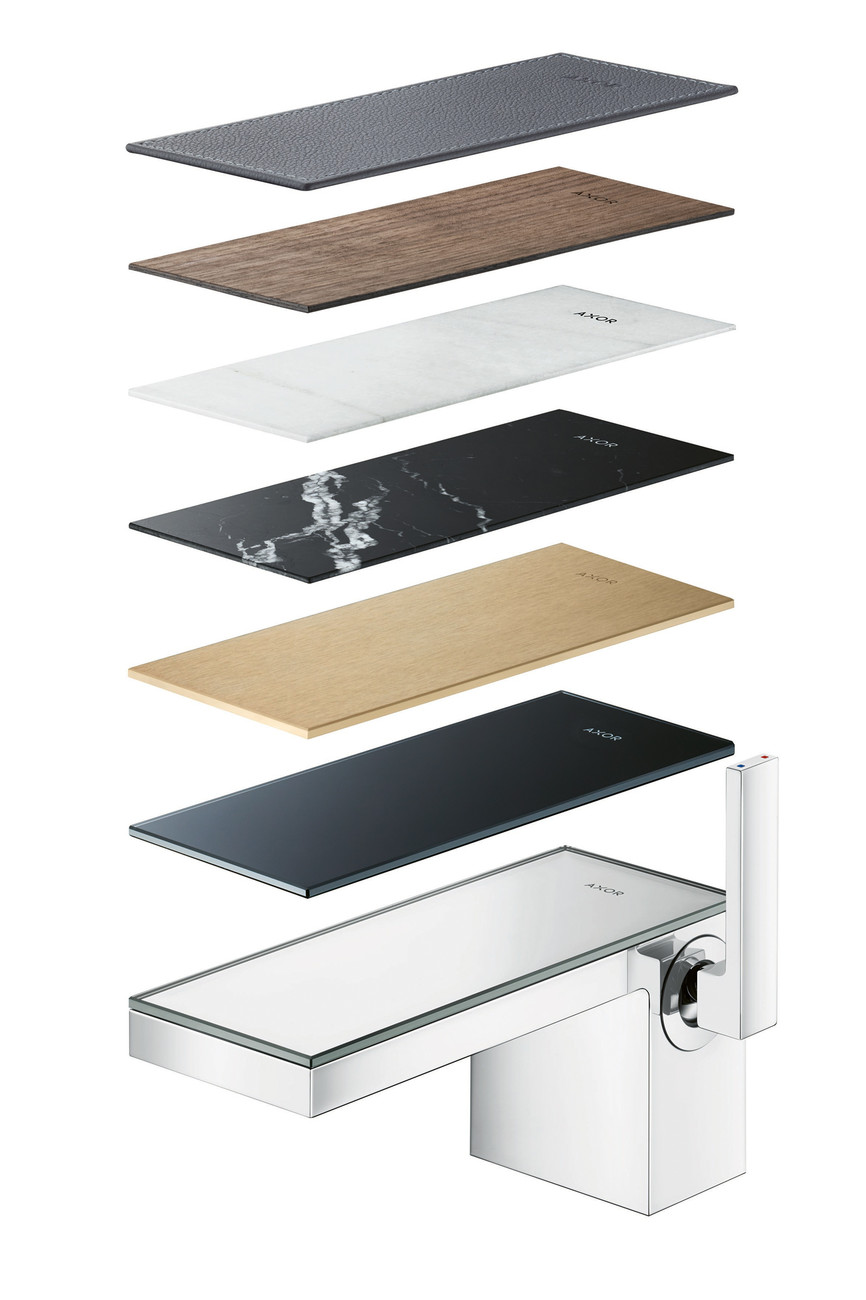 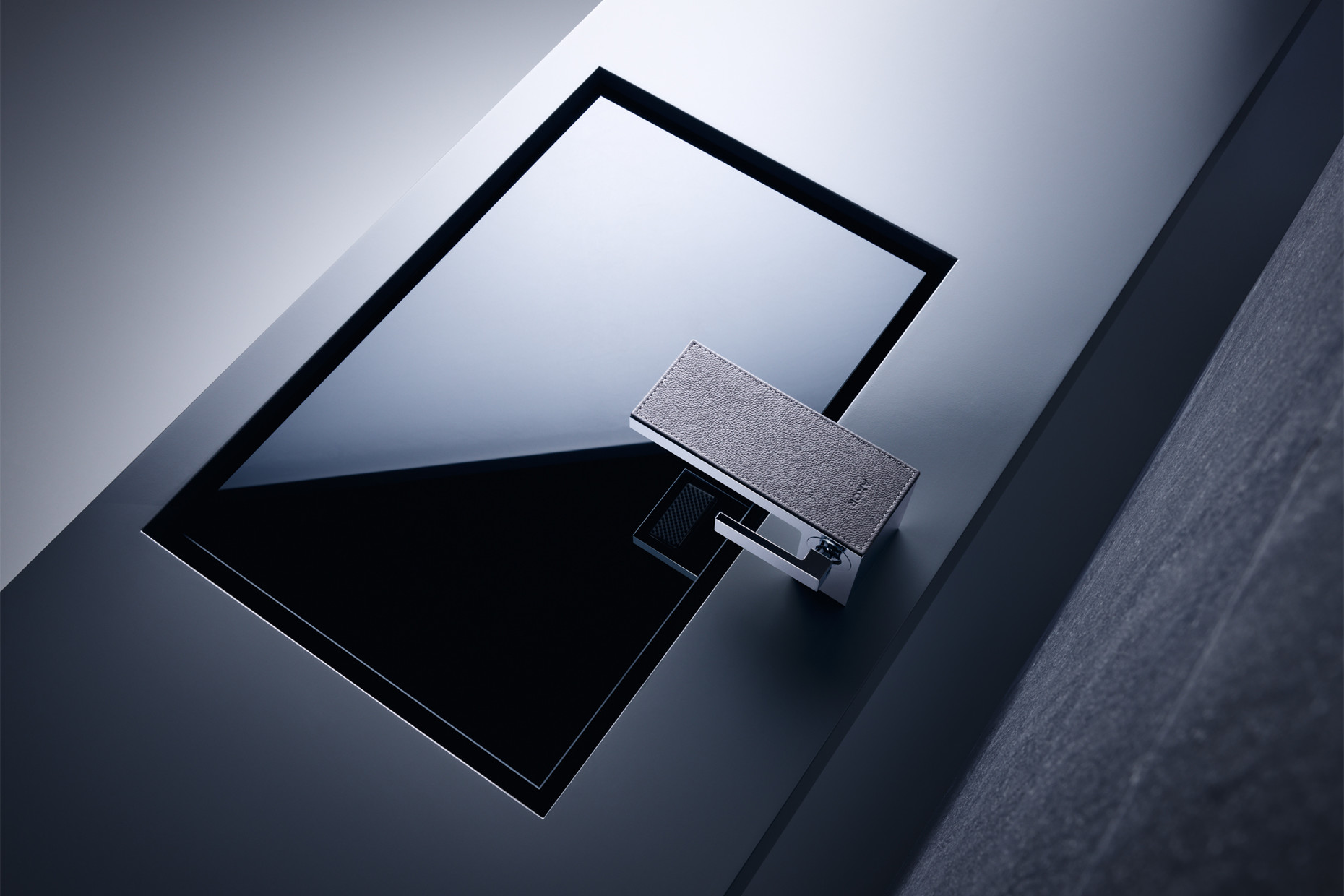 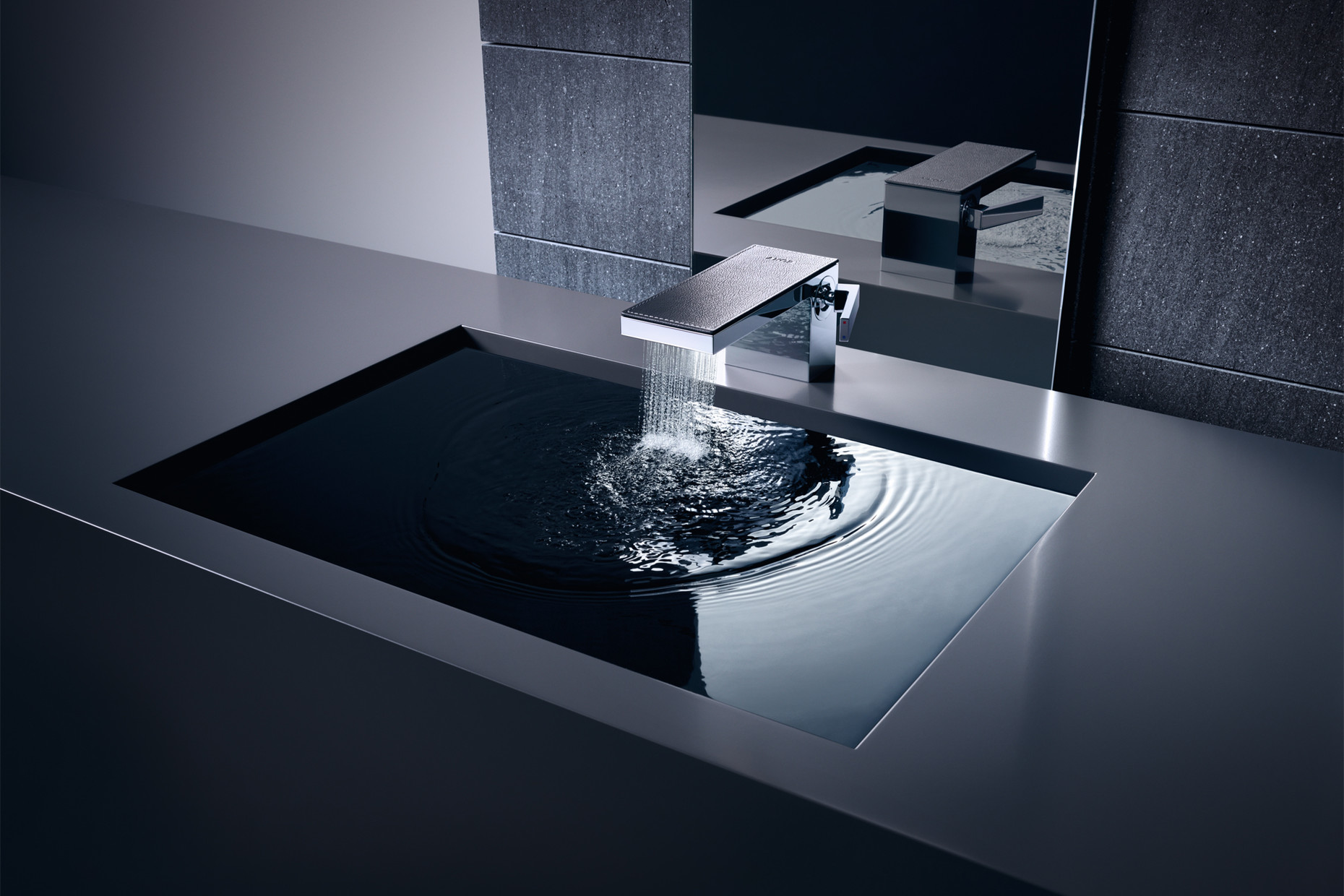 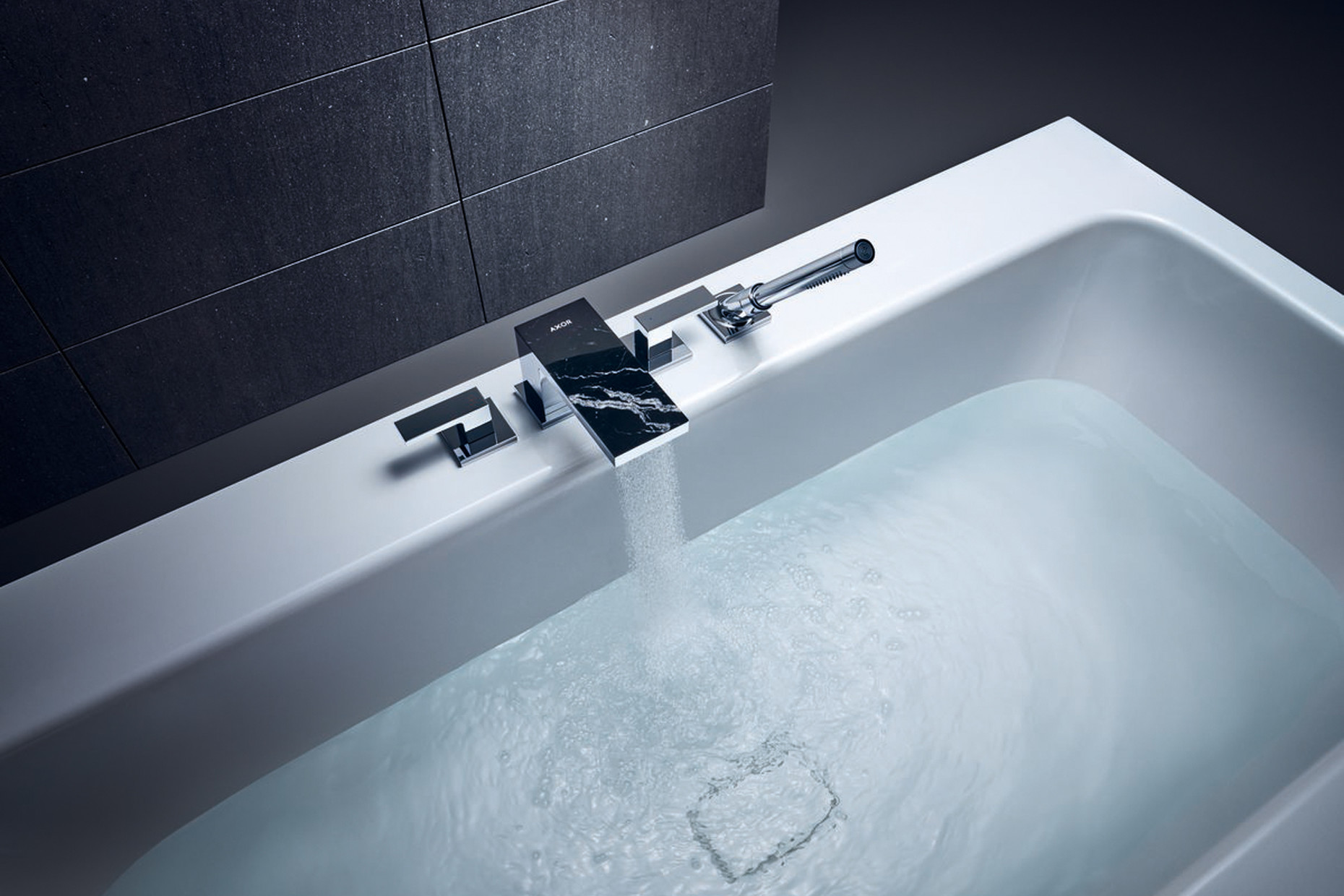 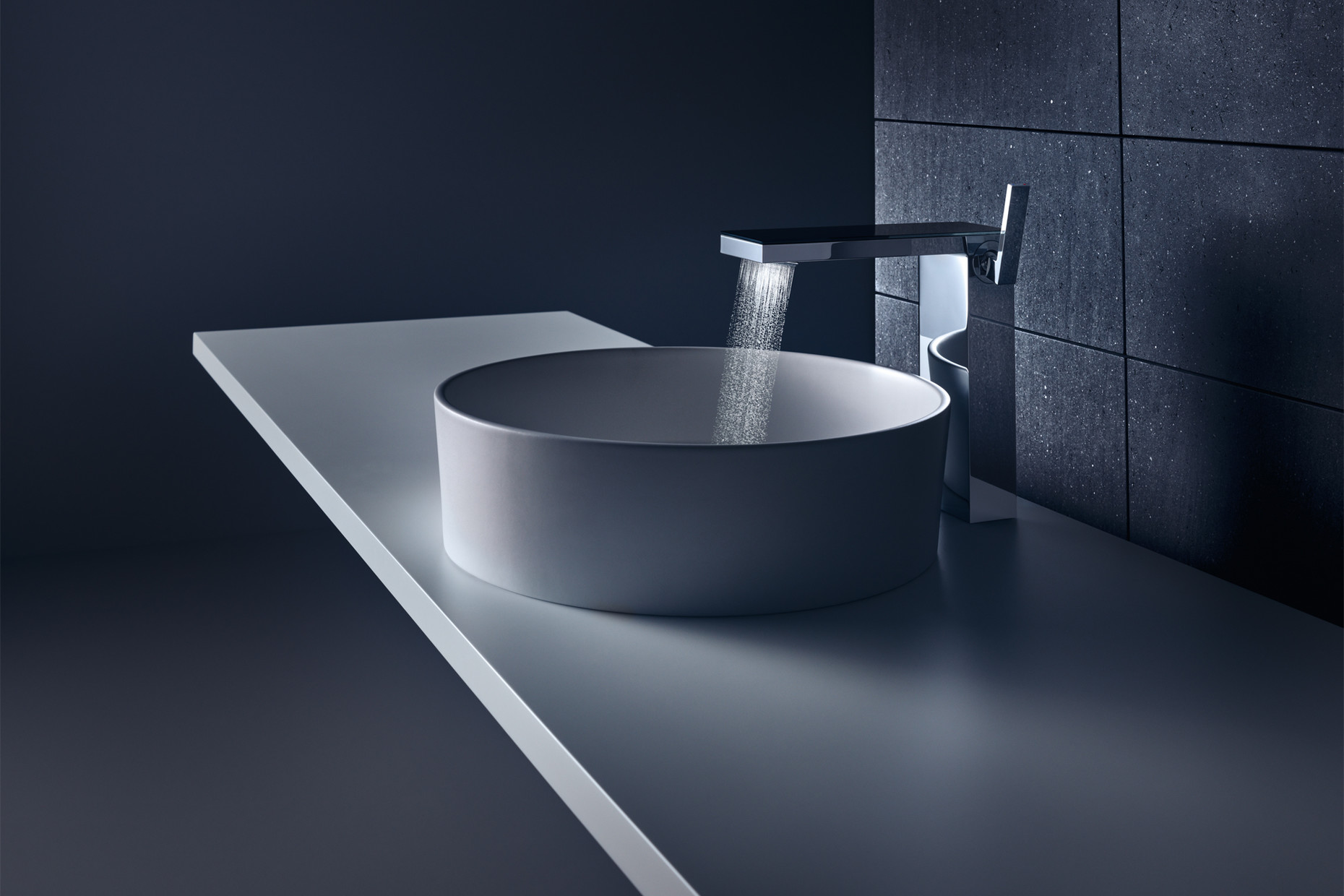 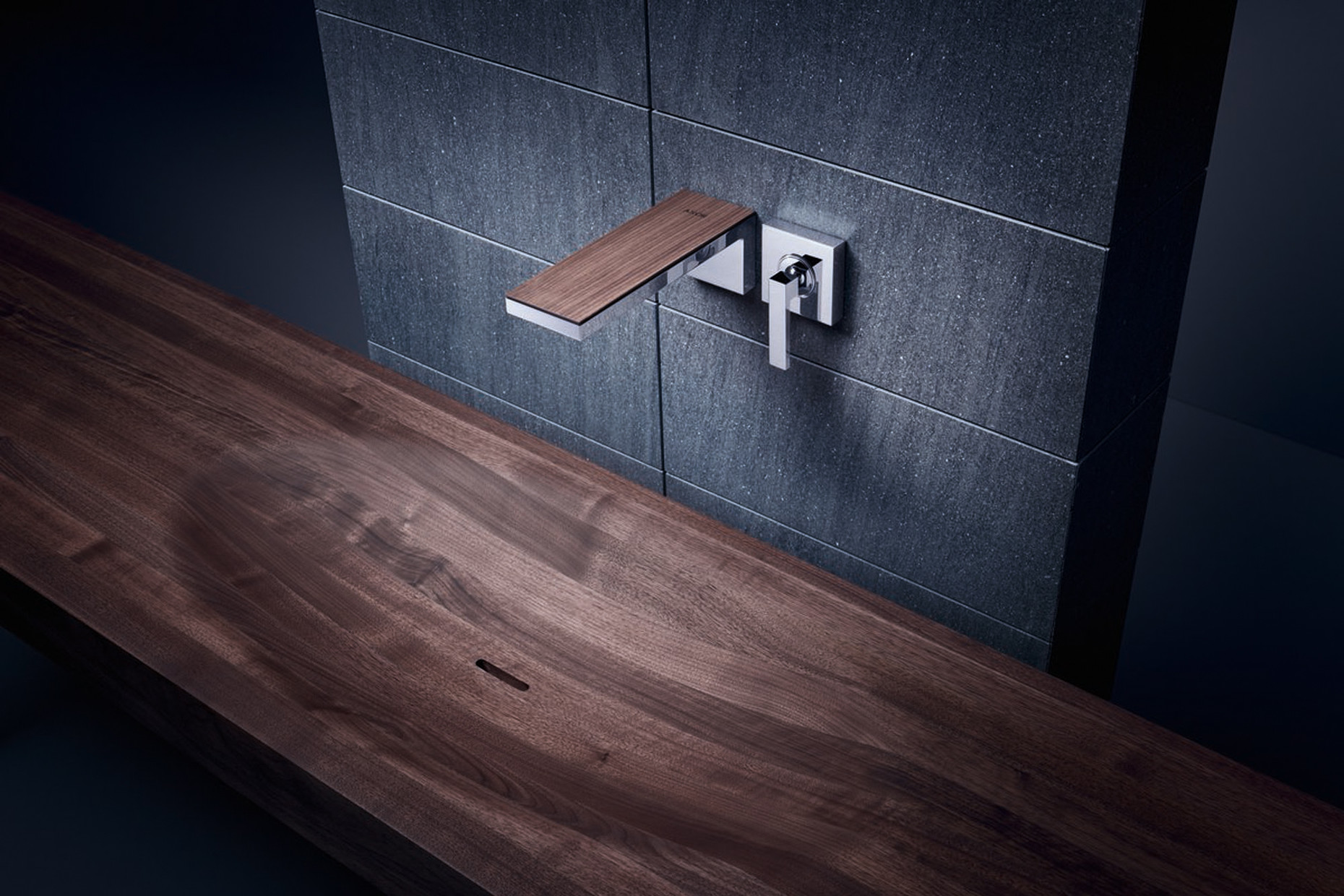 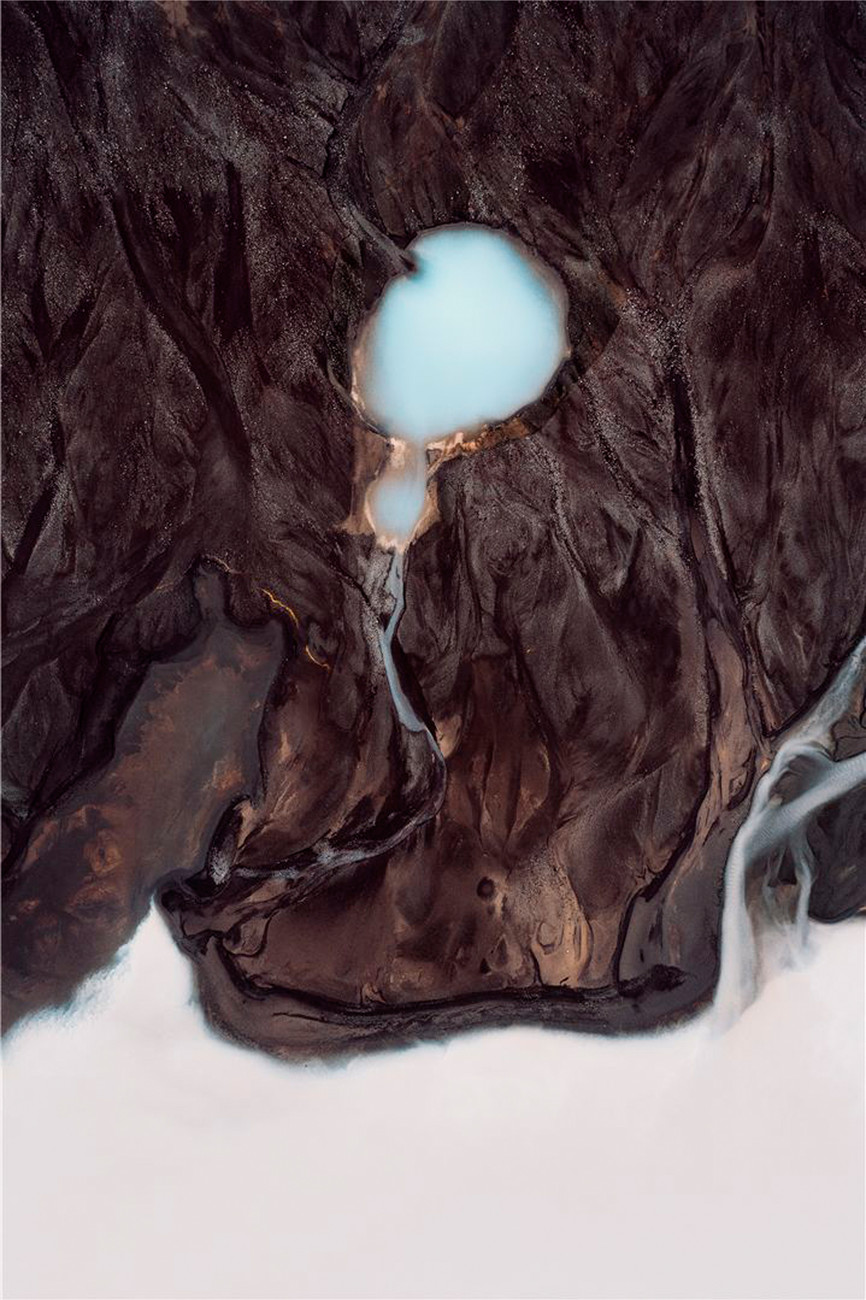 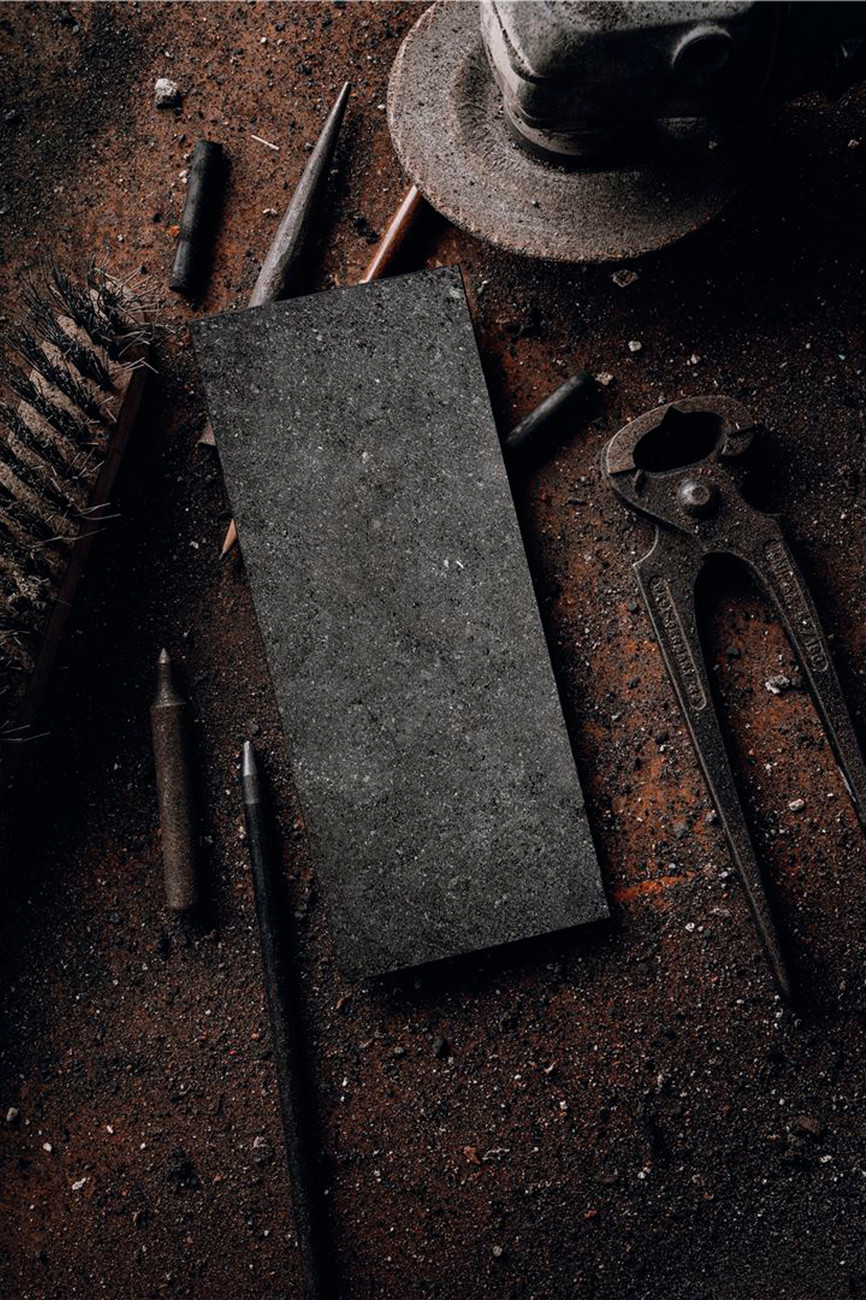 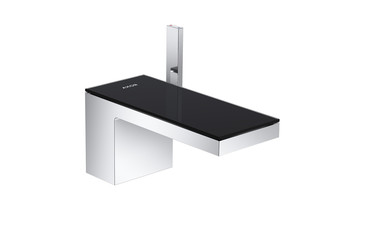 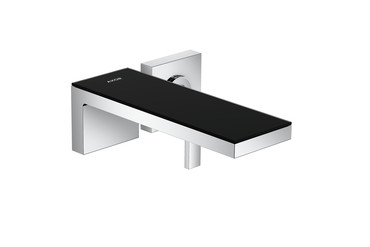 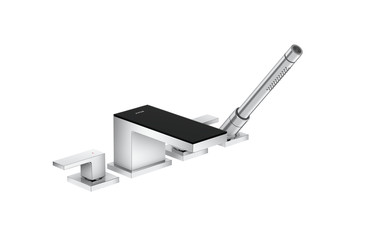 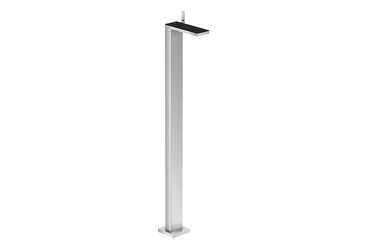 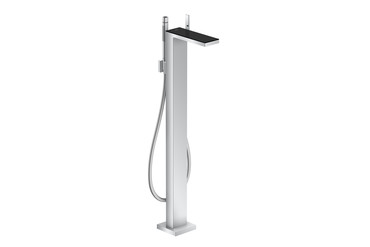 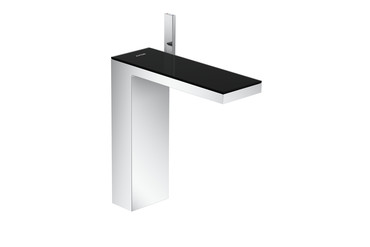 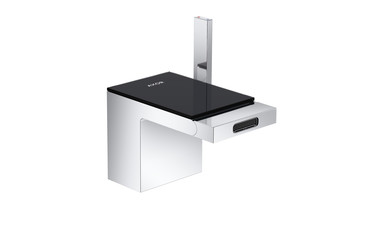 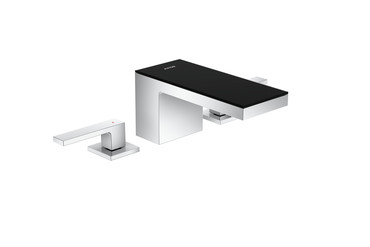 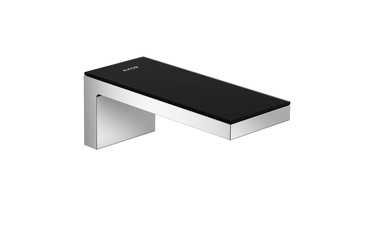 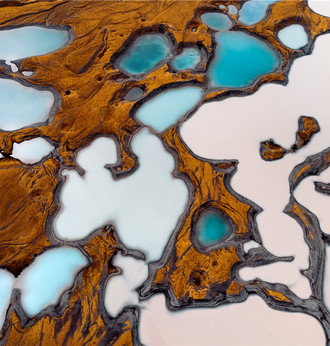 "Places", the new AXOR campaign, approaches special places in the form of impressive images. Head of Marketing Anke Sohn and photographer Tom Hegen explain us in our interview just what history and stories have to do with luxuries and why the Black Forest will always play a role for AXOR. 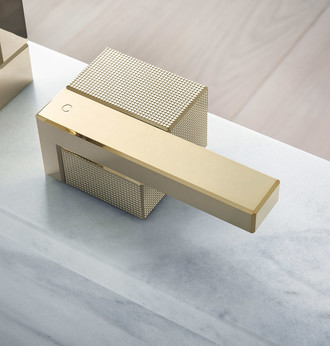 With “AXOR Edge” by Jean-Marie Massaud AXOR is setting new standards in terms of manufacturing quality. A key role is played by a machine from the aerospace industry. 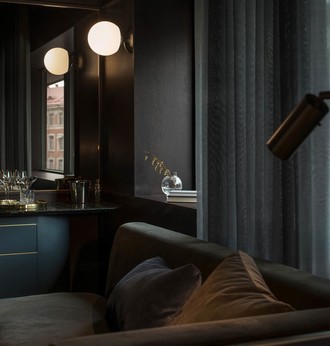 The Luxushotel "At Six" is Stockholm's newest design hotspot and combines Nordic design with fittings and showers from Axor. 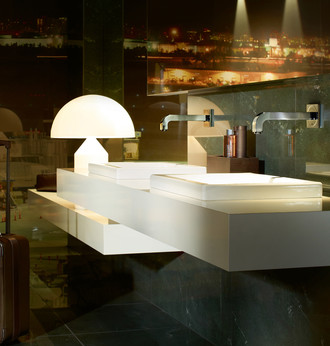 A butler in the bathroom

Sometimes you have to sit down together to discuss things. Ideally somewhere where experts and interested parties meet up anyway. At the ISH, three intensive “Axor Talks” provided more than just entertainment.