You can take a shower anytime. Those who appreciate luxury and coziness can’t do without them: The bathtub is returning to the bathroom as a freestanding feature.
by Thomas Wagner | 3/20/2017

The bathtub certainly didn’t always have an easy time of it. Back in the days when there was no running water in people’s homes it was little more than a wooden or metal washtub filled by hand. Around 1900 twin-wall porcelain tubs tended to dominate an English bathroom – often set on majestic lion’s feet. In the American bathroom, which had its roots in hotels, it was domesticated as a standard tub for reasons of space and practically walled in, until it was later frequently replaced by a large shower area. Although never entirely absent from the bathroom, the tub was pushed to its outermost edges.

Now the freestanding tub is back – with a flourish. It is again gracing bathrooms in an open, traditional manner (for instance at the Burlington booth), with a contemporary, luxurious feel, or indeed (as evident in the prototypes by Werner Aisslinger and Tina Bunyaprasit at Kaldewei) in a simple Nordic style and with an almost light, sporty touch. Yet in all its guises, the bathtub is again that which for so long it was not allowed to be, namely standalone and ornamental.

This is partly down to the fact that there are more than a few manufacturers and designers who seek (and have been doing so for years) to combine the bathroom with the bedroom not only if sufficient space is available, but who want to make it a separate living area of its own, one that above all enables users to rest and relax and stay fit and healthy. After all, anyone can take a daily shower, but stepping into a bathtub in a cozy atmosphere of well-being is a special pleasure.

Whether the tubs are made of plastic, composite materials or enameled sheet steel, almost all of them again rest on feet or appear to float, illuminated by LEDs, above the floor. Moreover, many models are no longer only available in white tones, but with a two-tone finish in all kinds of organic-uterine, rounded or rectangular shapes.

The ultimate luxury and most refined version at the ISH can be found at the Bette booth. With its “Lux Oval Couture” range the bathtub, fashionably enveloped in elegant, water-resistant fabric, is not only presented as an item of furniture, but with “Loft Ornament” the bathtub and washbasin moreover morph into an expressive, faceted standalone architecture that can’t help but turn heads.

For those with a penchant for glamor and bling, Villeroy & Boch is showing a custom-made model set with Swarovski stones by Chinese designer Steve Leung, said to be inspired by traditional Chinese landscape painting with its mountainous terrain, rivers and waterfalls. It is additionally presenting more modest designs, such as the bathtub from the “Antheus” range, which rests on a polished stainless-steel base.

The range of striking tubs is complemented by the small, round “Origin” and “Prime” with its delicate rim by Inbani, plus Patricia Urquiola’s bathtub from Laufen’s “Sonar” range. Toto’s “Life Anew Premier Suite” may well give you the feeling of entirely letting go and almost of being on a spaceship, floating through space. Yet whichever the tub, there is just one thing to do: Take a long soak. 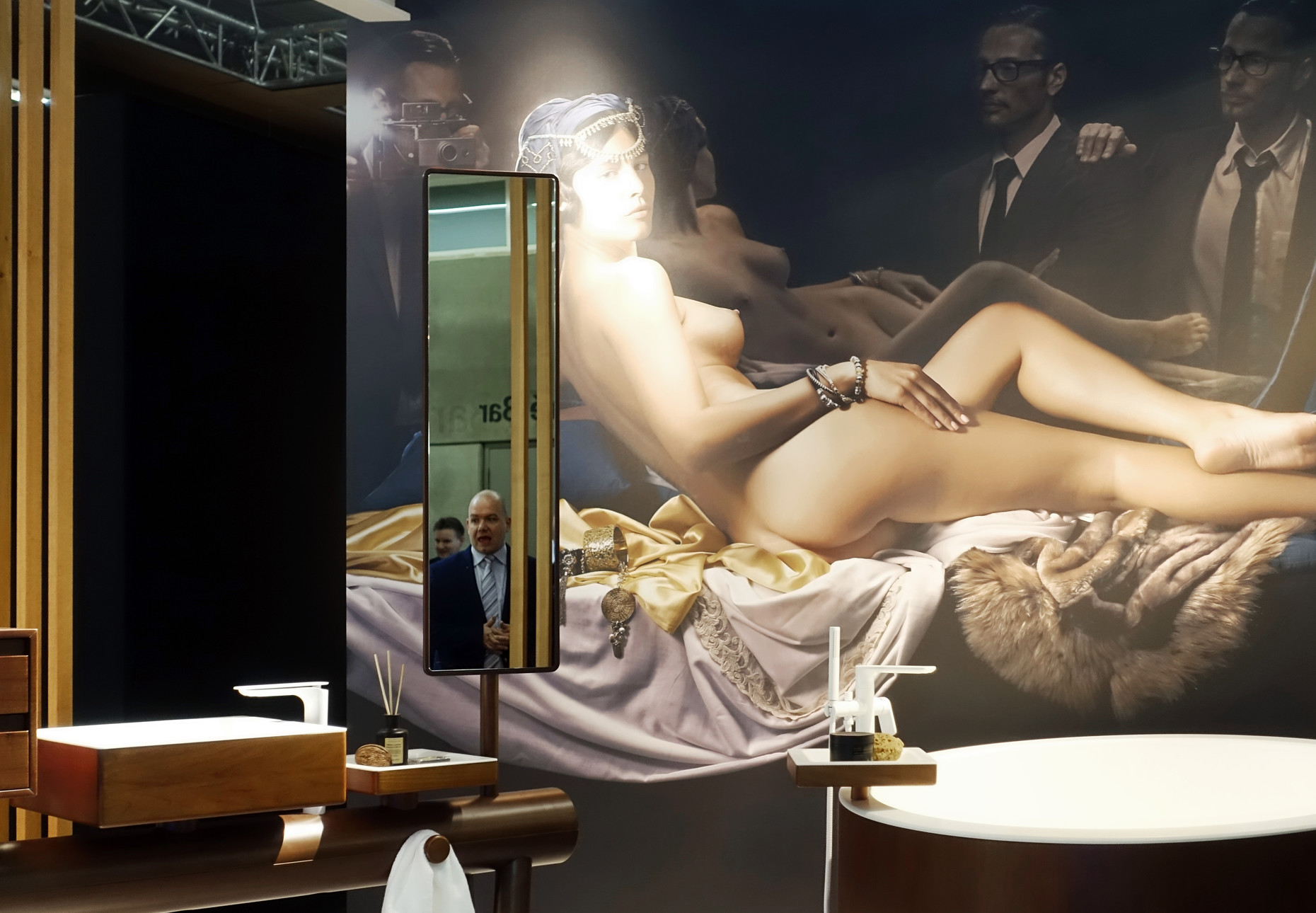 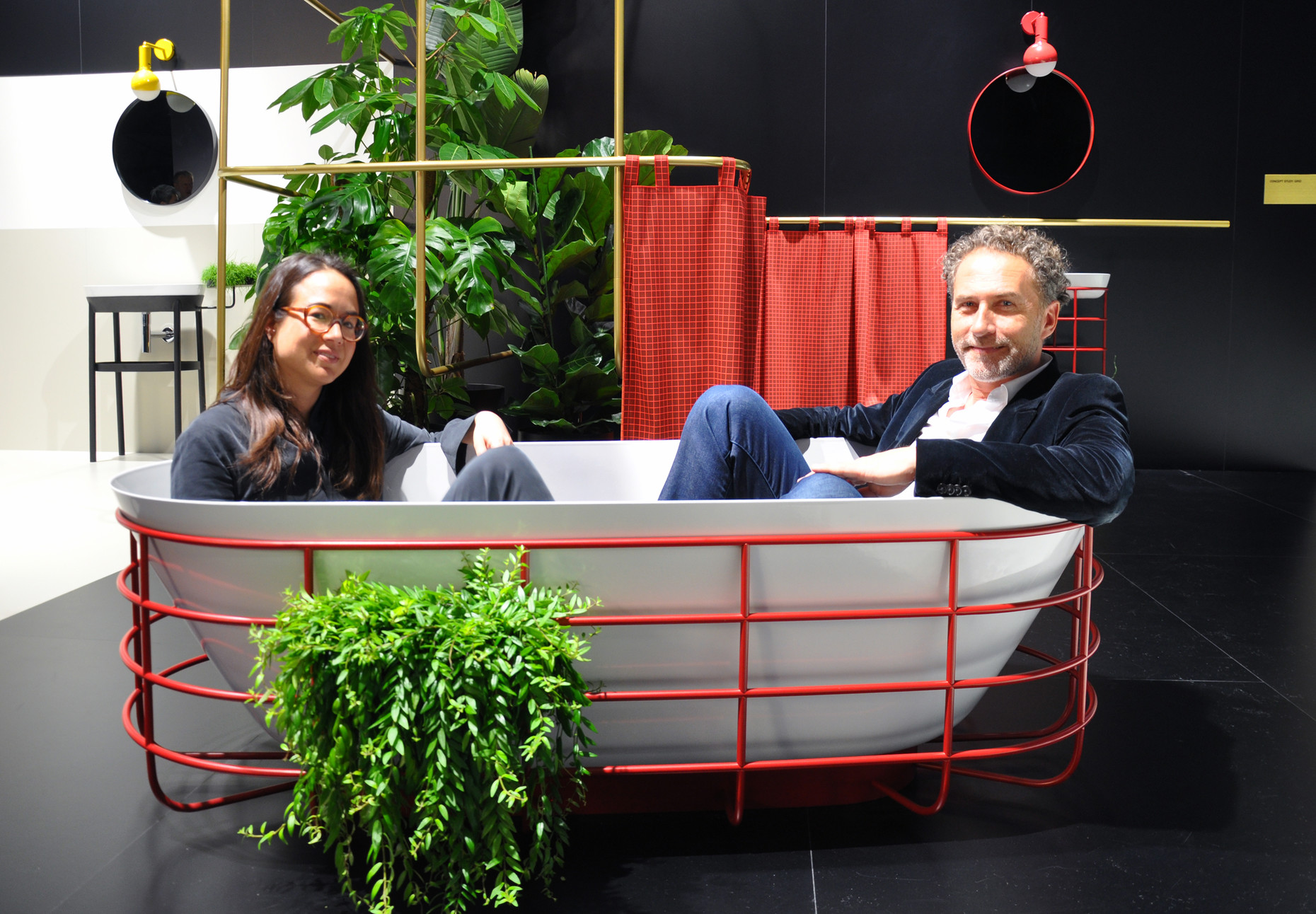 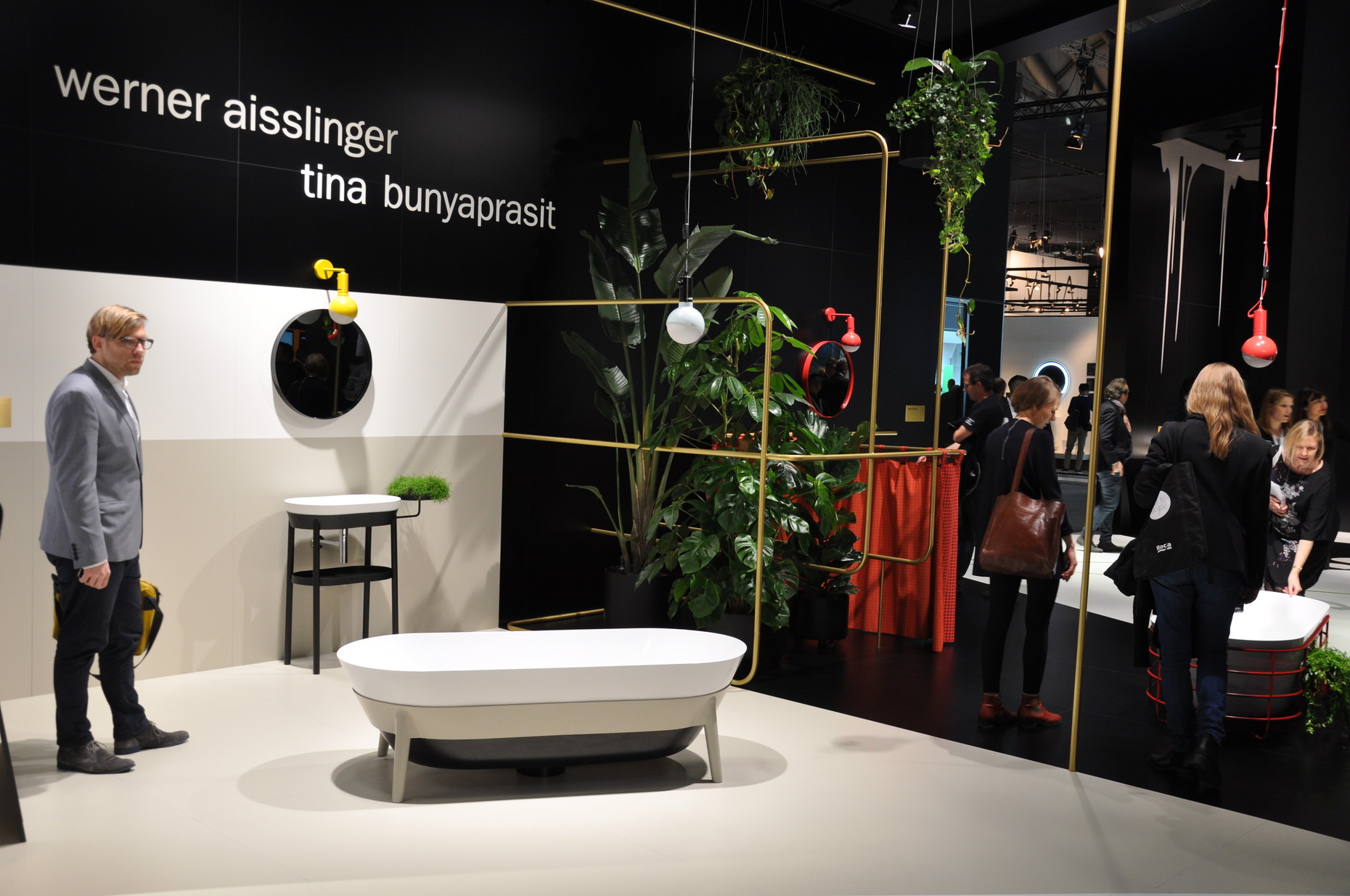 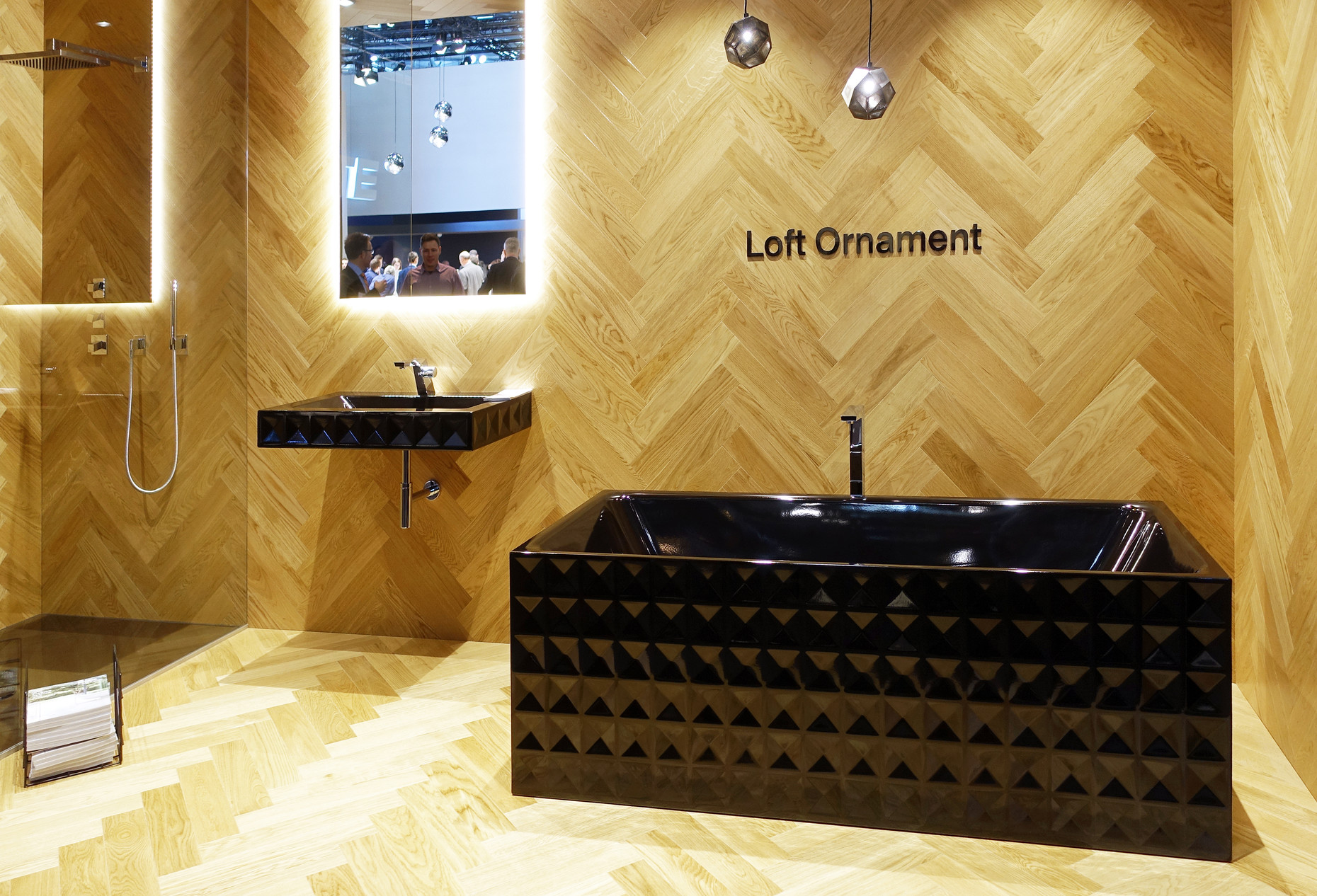 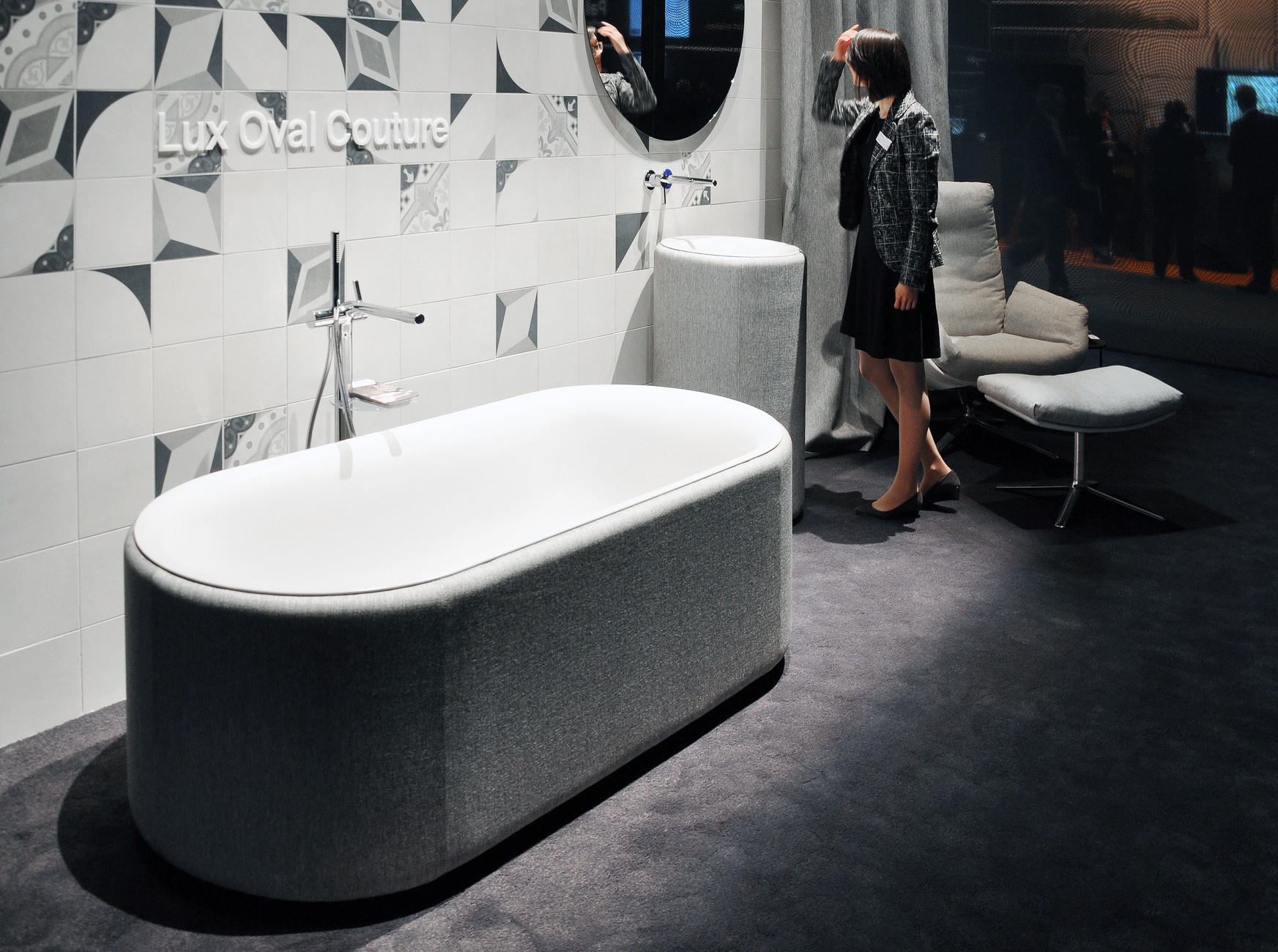 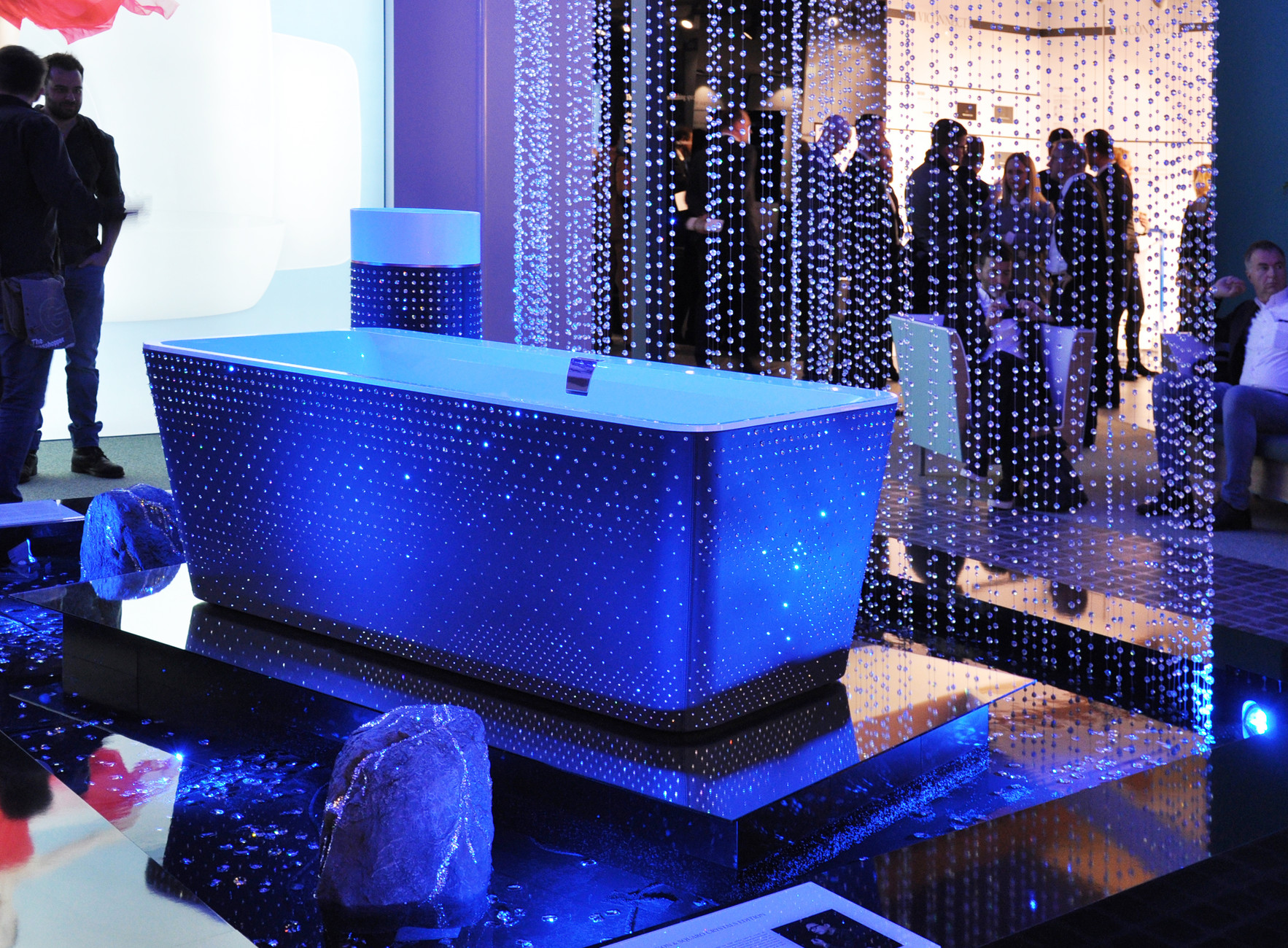 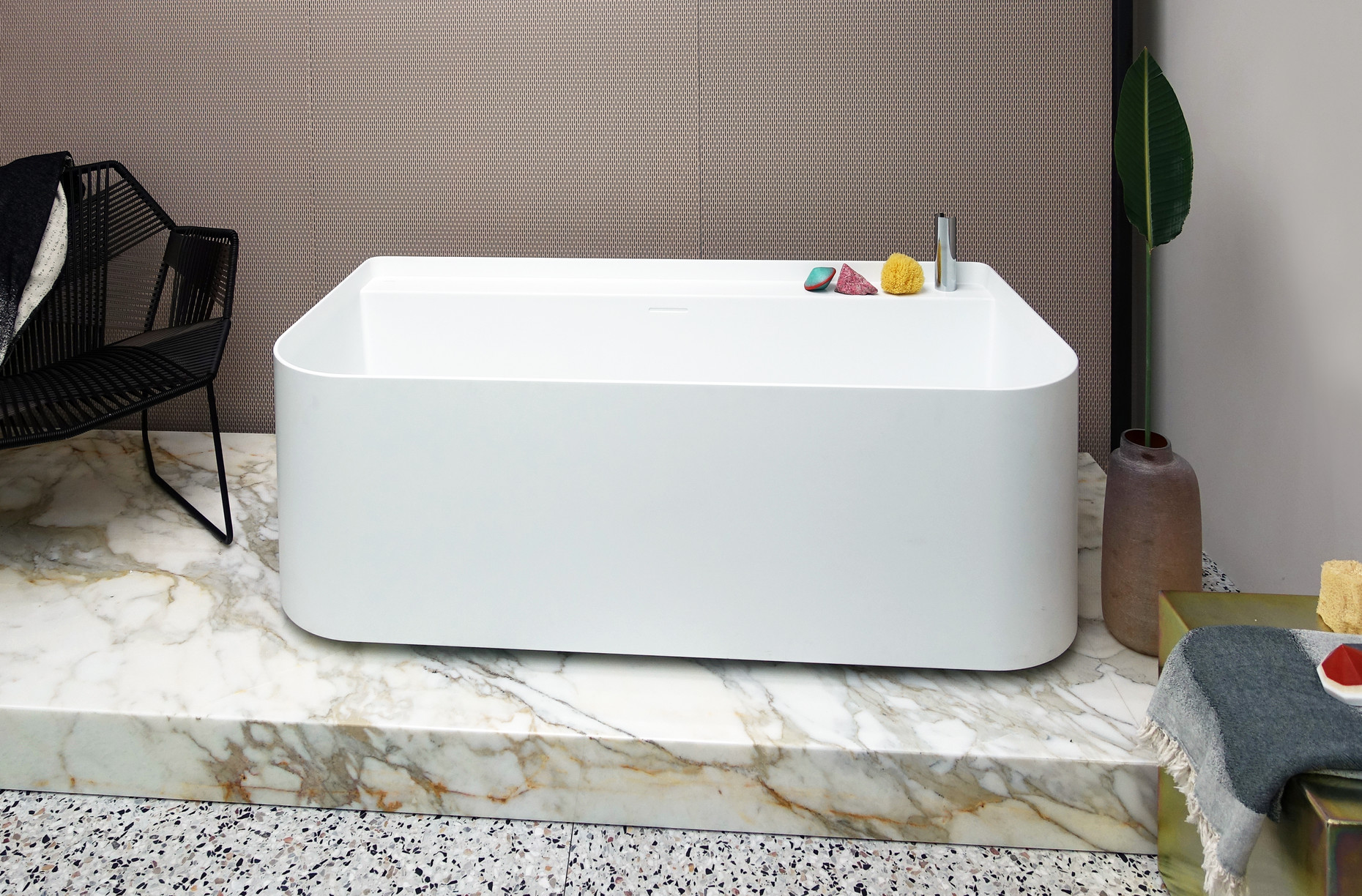 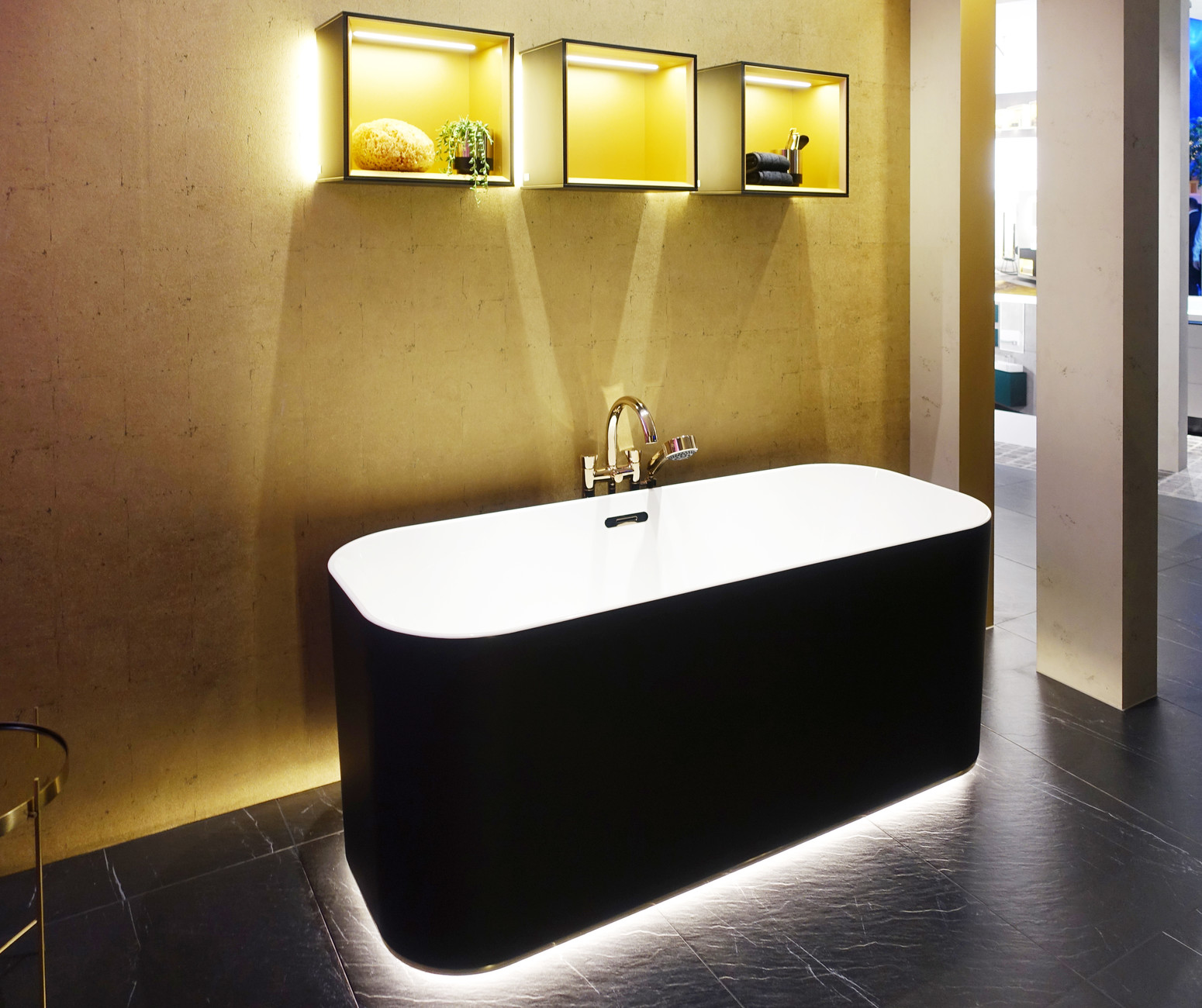 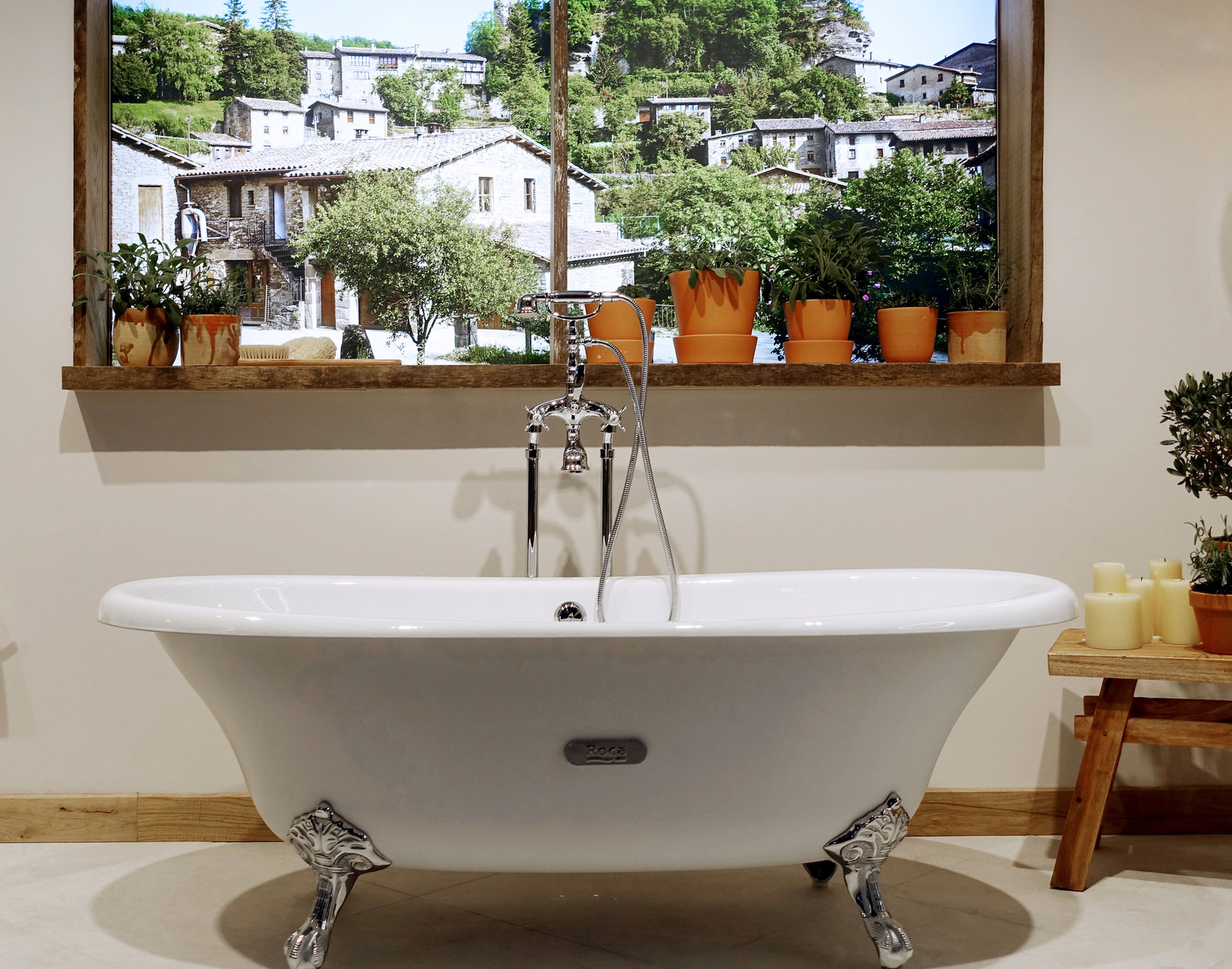 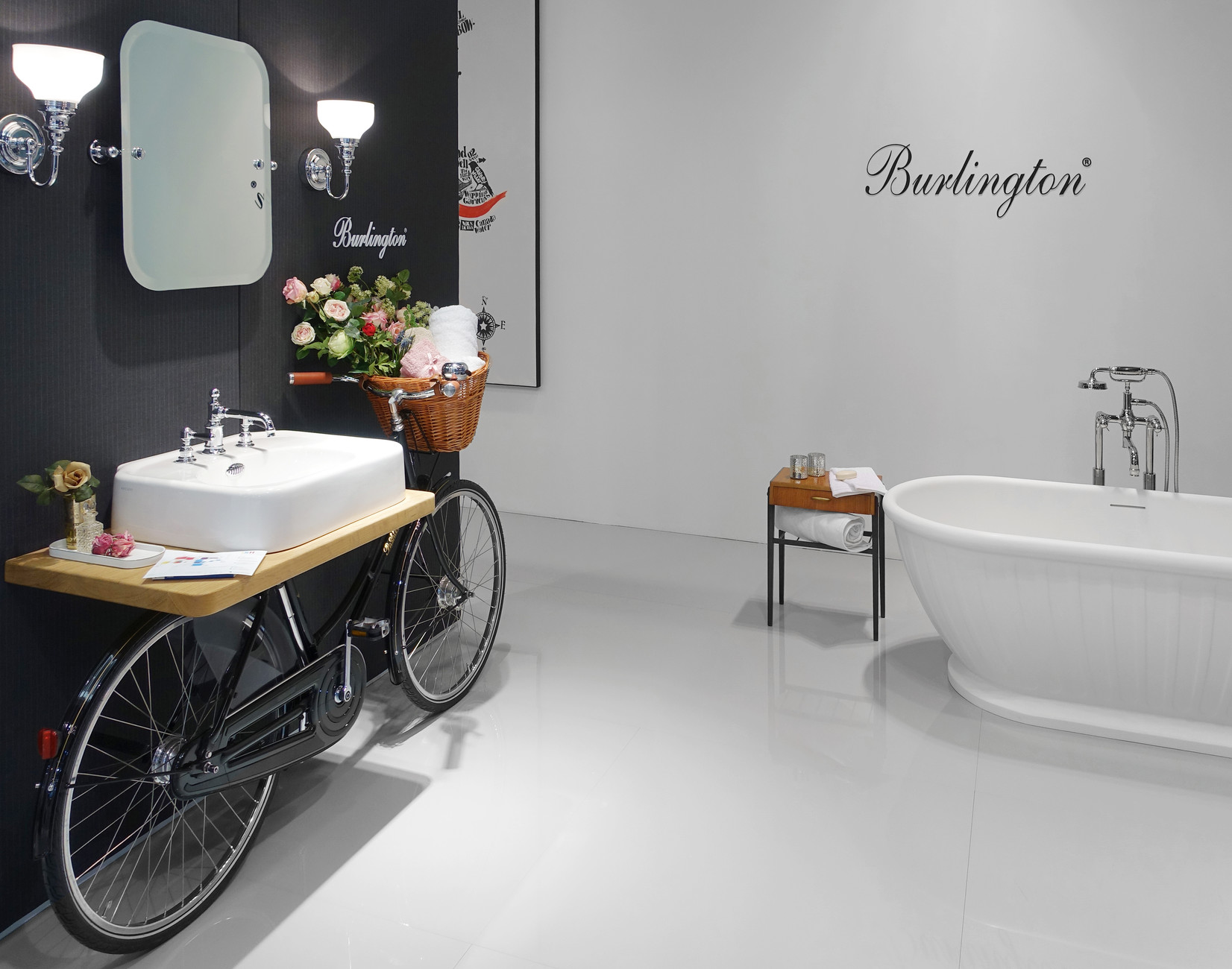 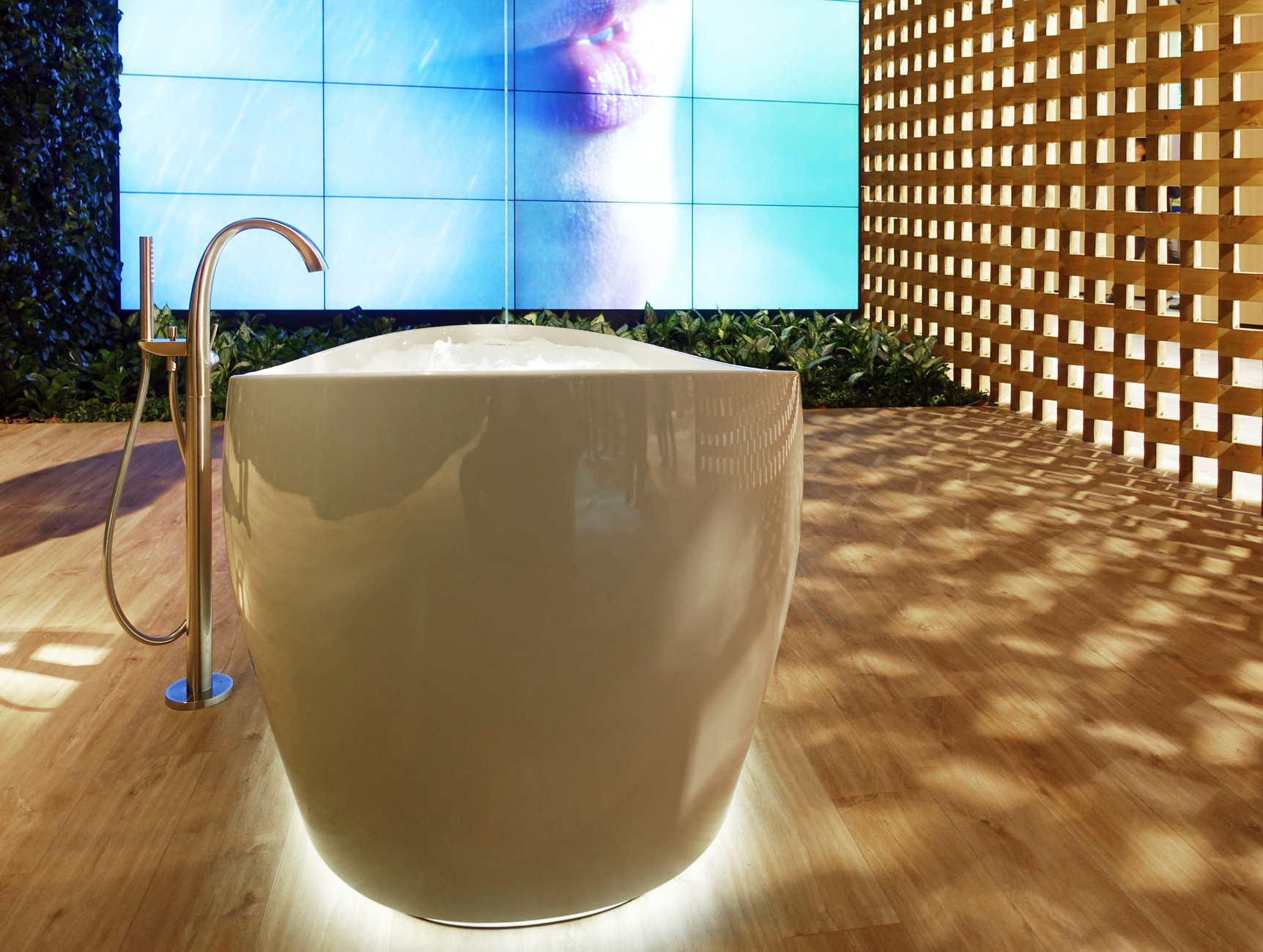 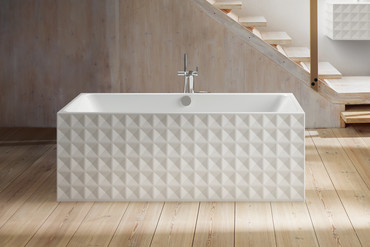 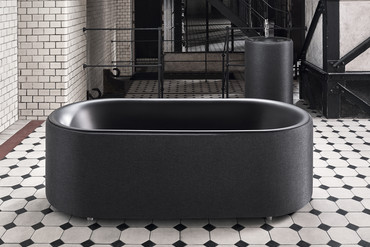 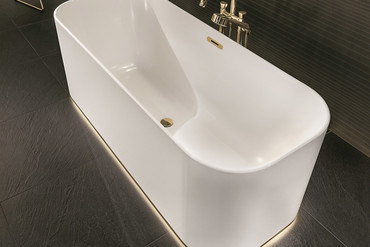