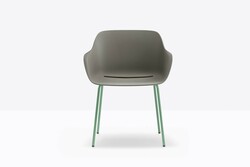 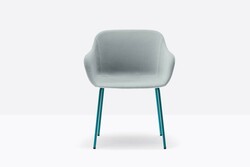 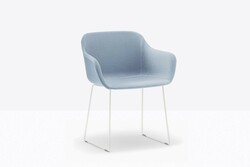 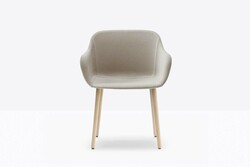 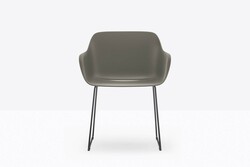 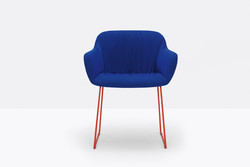 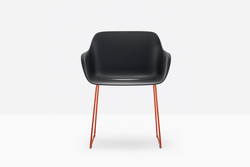 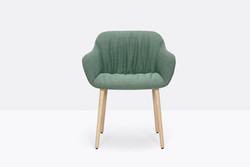 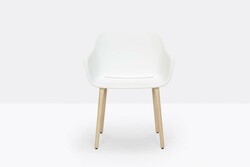 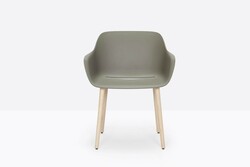 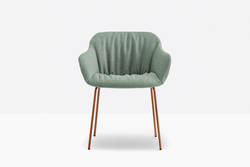 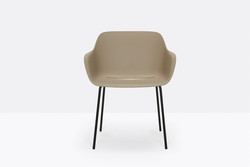 Studied Industrial Design at the Design Department of the Milan Polytechnic. Since 1998 he has worked as an industrial designer, also experimenting graphic and exhibition design, with a firm will to melt different design areas into a continuous matter. His projects received prestigious international design awards since he created Odoardo Fioravanti Design Studio. He teached in many design schools and academy: Milan Polytechnic, University of Venice, San Marino University, Istituto Marangoni, Scuola Politecnica di Design, Domus Academy, HEAD Genève. His works have been featured in many International exhibitions. In 2010 the Design Museum of the Triennale di Milano featured the personal exhibition “Industrious Design” about his works. He won in 2011 the Compasso d’Oro Prize ADI with the Frida wooden chair by Pedrali. He also works as a freelance journalist for design magazines trying to explore and to change the boundaries of design as a discipline. Since 2003 he ran the Odoardo Fioravanti Design Studio, developing projects for many companies. Notably Abet Laminati, Ballarini, Casamania, COOP, Desalto, Flou, Foscarini, Normann Copenhagen, Olivetti, Palomar, Pedrali, Pircher, Vibram, Victorinox Swiss Army. 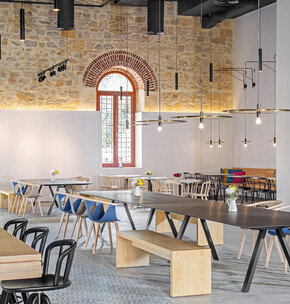 The cafeteria of the American University in Cairo offers a flexible space for cultural events with an exciting interior architecture and elegant furniture by Pedrali. 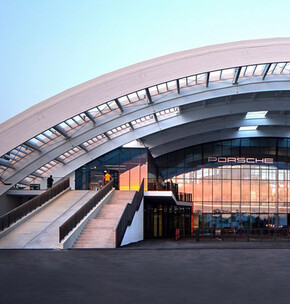 With the world’s largest Porsche Experience Center in Italy, GBPA Architects and Pedrali are showing custom-fit solutions in architecture and design of a kind that transforms every stop into an experience. 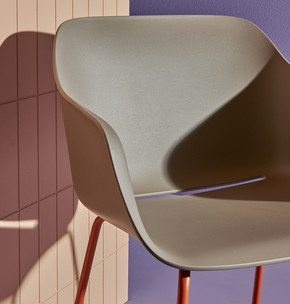 Pedrali has developed a plastic made of 100-percent recycled inputs. For its launch, it has been used to produce versions of the armchairs “Babila XL” by Odo Fioravanti and “Remind” by Eugeni Quitllet. 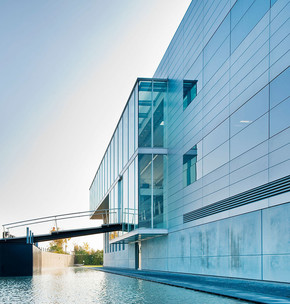 With heart and head

Pedrali is one of the most important Italian furniture companies operating worldwide. With passion, courage and a keen sense for design, the family-run company is shaping its future. 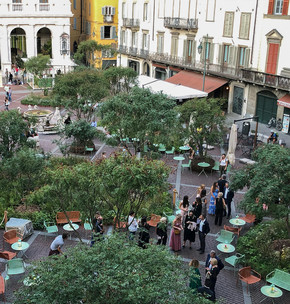 A vision in green

Pedrali recently chose the heart of the old town of Bergamo for a rather special event: In the Piazza Vecchia, close to the magnificent Santa Maria Maggiore Basilica, the family-run Italian company hosted an exclusive outdoor dinner. 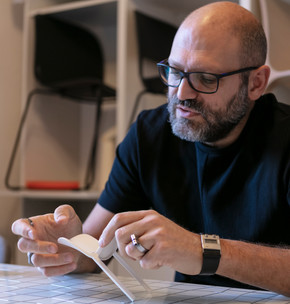 Odoardo Fioravanti loves experimenting and is always surprising people with unusual designs. Anna Moldenhauer talked to him about his deep attachment to Pedrali, what he wished for design students and why he finds excavators fascinating. 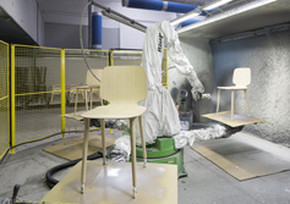 Ten years ago Pedrali set up a plant in Manzano in Friuli, in the province of Udine, an area known as the Chair District for its traditional wooden chair-making. An important reason for the manufacturer to establish the new wooden furniture production plant there, while in Bergamo in Lombardy they have been working with plastics, metal and upholstery for 50 years. 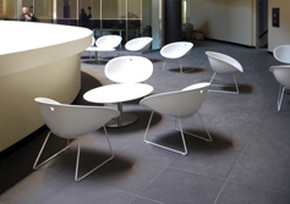 There are volcanoes along the interstate

Embedded between poppy fields and asphalt in Lainate, Italy, a striking roof almost 28 meters high interrupts the landscape. What looks from a distance like a small volcano at closer inspection turns out to be the “Villoresi Est” interstate service station. 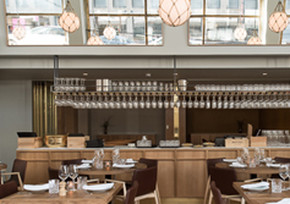 Bronda, a restaurant on Eteläesplanadi, a promenade in the center of Helsinki, is both urban and spacious in feel. A high, elongated room with lots of space and a large window front sets a suitable stage for a city-dwelling public in the Finnish capital since this spring. Helsinki architects Futudesign styled the restaurant with timelessly elegant and generous fittings with furniture by Pedrali. 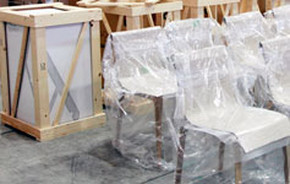 Chairs that mean the world

Industrial designer Odoardo Fioravanti created the wooden "Frida" chair for Italian furniture-maker Pedrali – and last year it won the "Compasso d'Oro", the design Oscar. Today, "Frida" is to be found in several renowned Design Museums worldwide. Moreover you will find Pedrali's products in a series of outstanding international reference projects.