Soufflot was designed to decorate the superb and unique 32m high Soufflot dome in the old Hôtel-Dieu de Lyon, transformed in 2019 into the Hotel Intercontinental. Interior architect Jean-Philippe Nuel will have needed all his talent to design an armchair and footstool for Ligne Roset which could marry with and be evocative of such specific volumes and forms.

The shape of the seat is subtly suggestive of an inverted dome, against which the back remains imposing even when set against a « base » which is equalled in comfort only by its more than generous thickness. This is rendered possible by an upright base which could, given its proportions, seem a little undersized in relation to the imposing, comforting seat shell which is Soufflot.

For, as Jean-Philippe Nuel reminds us, his purpose is not simply to create an attractive object with a clear functionality, rather, it is to create « an atmosphere which will become the true identity, the true personality » of the room which is to have the honour and pleasure of welcoming it.

Soufflot is in itself a contemporary evocation of the unique space into which it was born, respectfully joining a dialogue between the monastic and the precious, its plain covering offering a contrast with the Lyonnais silk trading houses. Without any doubt the regional origins of Ligne Roset and its craftsmen also played a part in their selection for this partnership, the first ambition of which was to revive the historic patrimony of this luxurious « Hôtel-(des)Dieu(x) », in which the disadvantaged were welcomed, like Soufflot, in humble luxury »; or in other words, this duality of identity subtly brings to the fore the « being » rather than the « having ». 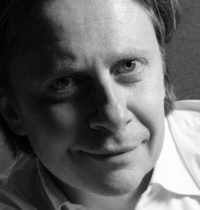